McCarthy: battling for water rights and measures to create jobs

"I want to congratulate Bakersfield High School senior Amelia Egland for winning the 2011 Earl Warren Cup competition Wednesday night. 32 students competed in the 6th annual competition, and I want to say a job well done to all the participants and also to Principal David Reese, whose impressive entrance from the ceiling kicked things off. This is exactly the kind of competition that can get students excited about government, politics and civic responsibility, and I want to thank Jeremy Adams, Pam and Kevin Reynier and Craig Holliday for making it such a successful competition. When I reached out to First Lady Laura Bush, Diane Sawyer, Speaker Boehner and others to ask them to record a question for the competition, they were all happy to participate. Knowing our community is full of so many bright, passionate and driven young people makes me confident that America’s best days are still ahead.
"But we must do our part to ensure that the America our children inherit is still a strong one. There are more than 20 bipartisan jobs bills passed by the House lingering in the Senate waiting to be voted on, and we added three more this week. The Workforce Democracy & Fairness Act (H.R. 3094) protects employers and employees from partisan overreach by the National Labor Relations Board (NLRB), the Regulatory Flexibility Improvements Act of 2011 (H.R. 527) modernizes regulations that haven’t been changed in fifteen years and the Regulatory Accountability Act (H.R. 3010) establishes a rational system of cost-benefit analysis and increases the transparency of rulemaking and public hearings of proposed rules. These common-sense bills could help increase the confidence of our job creators to grow jobs at a time when millions of Americans are seeking work, and I will continue to push Senate Majority Leader Harry Reid to bring them to the Senate floor.
Increasing certainty about our water supply is also vital, especially here in the Central Valley. Next week, I will be sending a letter to Interior Department Secretary Ken Salazar demanding that his Department use the best available science when they begin work on the new Sacramento-San Joaquin Delta delta smelt biological opinion. Recently, a Federal court struck down the existing opinion, which is cutting off vital water supplies to California’s Central Valley, as unlawful and not based on the best science. The court ordered it to be redone. The court also discredited some of the scientists who wrote the existing opinion, but unfortunately the Interior Department continues to stand behind them. In order to ensure the best available science is used, the letter also calls on the Secretary to replace the discredited scientists.
"Water is the lifeblood of our community and economy. When a Federal court throws out a Federal agency biological opinion because of shoddy science, it is incumbent upon that agency to improve the science behind it – both for its own credibility and for the millions of Californians who depend on water coming through the delta.
Posted by Richard Beene at 3:51 PM No comments:

* ... ALIVE AND HEALTHY: Billy Cowan, one of Bakersfield's premier athletes who went from Bakersfield College to the Chicago Cubs, is alive and well, thank you. Apparently there is a well traveled rumor that Cowan had died, but Californian sports reporter Jeff Evans says it couldn't be further from the truth. Apparently the rumor is so strong that Cowan's family has been inundated with calls offering their sympathies. Now 73, Cowan graduated from East High and played baseball and basketball at Bakersfield College before going to Utah on a basketball scholarship. He went on to become the starting center fielder for the Cubs in 1964 when he hit 19 home runs and was ranked ninth in the National League with 12 stolen bases. He played in the majors from 1963-72 and was once traded by the Braves back to the Cubs in 1966 for a utility infielder named Bobby Cox (the same Bobby Cox of the Atlanta Braves who will be a Hall of Fame manager one day). He will be inducted into the East High Hall of Fame in February. 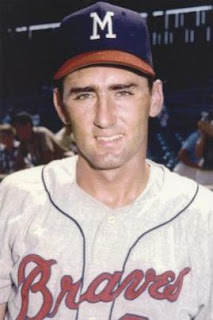 .... THE BLOG: Risa Bletcher to wrote to say she enjoys this blog but thinks it has become too "clubby," mentioning places like Luigi's where some folks have not visited. She'd like to hear more about these places: the old Blackboard, Maison Jaussauds, the Coachlight Inn, Andre's, Stan's, the Tam O'Shanter, East Bakersfield High, Jefferson and Beale parks and "my all time favorite and neglected, Hart Park. Let's hear about all those wonderful places!"

* ... WHO KNEW? Did you know that in the 1980s Valley Plaza had a Hickory Farms store approximately where ladies' undergarments are now sold at Victoria's Secret?

* ... MEMORY: Linda Welch wrote to remember "those wonderful rooftop antennas. You had to go outside and rotate them and you might have to put a clothes pen on them" to clear the signal. "Thank God these are not the good old days!"

* ... SPOTTED: Woman driving a new, white Lexus 570 SUV blows through a red light at Oak and 24th streets, one of our city's most dangerous intersections. Memo to the driver: let's hope it's not your son or daughter driving the car you plow into.

* ... CHEZ NOEL: Don't forget the 21st annual Chez Noel Home Tour sponsored by the Assistance League of Bakersfield. It will run Friday and Saturday between 10 a.m. and 3:30 p.m. with tickets going for just $35. This is a great chance to see some of our community's lovely homes, so make sure you check this out. Call the Assistance League at (661) 861-9223 for more information on tickets.

* ... BAKERSFIELDISM: Donna James says you may really be a Bakersfield old timer if you remember when "the location of St. Francis School was the pasture for Dr. Christopher Stockton's milk cow!"
Posted by Richard Beene at 10:42 AM 3 comments:

* ... FOG SEASON: I am a sun rat who actually enjoys our Bakersfield summers, but fog season also has a special allure for me. This is the time of year when we break out our sweaters, boots, overcoats and scarves. The fog hangs low and at night our community wears a magical glow. Which is why I am looking forward to First Friday this week when all the downtown shops, boutiques, galleries and restaurants will be open to usher in a chilly December evening. The arts district will be alive with horse drawn carriages and carolers, so make sure you bundle up and join us downtown to support our local businesses.

* ... METRO: Bakersfield native son Keith Wicks returns for another exhibit at The Metro Galleries on 19th Street, opening this Friday. Wicks, who is Congressman Kevin McCarthy's cousin, taught at the Academy of Art in San Francisco and now lives in Sonoma. His work is simply stunning. Also being displayed at Metro Galleries are works by former CBS news correspondent Bill Lagattuta, whose art includes abstract portraits and recycled metal. Gallery owner Don Martin is also featuring works by local artists, all priced below $400.  (works below by Wicks and Lagattuta) 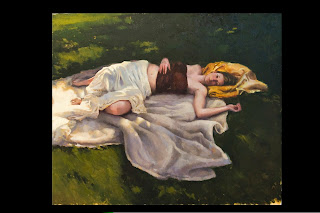 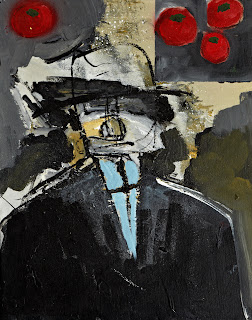 * ... CHAMPS: Kudos to a pair of local uber athletes who brought home a couple of district state championships in cyclo cross racing. Sam Ames, the manager of Action Sports off Brimhall Road, won first in the master's division ages 40 to 44 and Chevron employee Gareth Feldstein took top honors in the Category 3 division. The race was held at Verdugo Park in Glendale. The state cyclocross championships are set for January 22 here at Hart Park in Bakersfield. 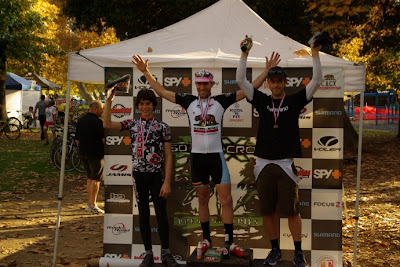 * ... SIMON WIBLE: This tidbit comes courtesy of longtime Bakersfield oilman F. Lynn Blystone, who just returned from the meeting of the Alaska Miners Association in Anchorage. He learned that Simon Wible, for whom Wible Road is named, was inducted into the Alaska Mining Hall of Fame in 2003. "In the late 19th century he mined gold and built canals and water systems in California," Blystone said. "He built the Kern Valley Water Company canals, founded the Bank of Bakersfield and was considered one of our leading citizens." Wible later went to Alaska in 1898 at the age of 67 and mined for 13 years before his death in 1911." His mine at Girdwood, about 45 miles from Anchorage, still produces today."

* ... RABBI CHERYL: Hats off to Rabbi Cheryl Rosenstein who will celebrate her "chai anniversary" at Temple Beth El this Saturday. I am told that "chai" means "life" and is a symbol that captures an important aspect of Judaism. The event starts at the Temple at 4 p.m. with a program at 5:30 p.m.

* ... WHO KNEW? Did you know that the logo graphic used by Pyrenees French Bakery is actually a copy of a photograph taken by the famous French photographer Elliott Erwitt in 1955?
Posted by Richard Beene at 9:28 AM 2 comments: