* ... POVERTY: Bakersfield and Kern County have always suffered from extreme poverty, and it doesn't look like things are getting any better. According to a new survey by 24/7 Wall St., the poverty rates in both Bakersfield and Fresno are getting worse. Visalia, meantime, didn't make the list and 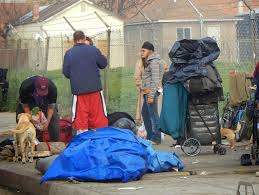 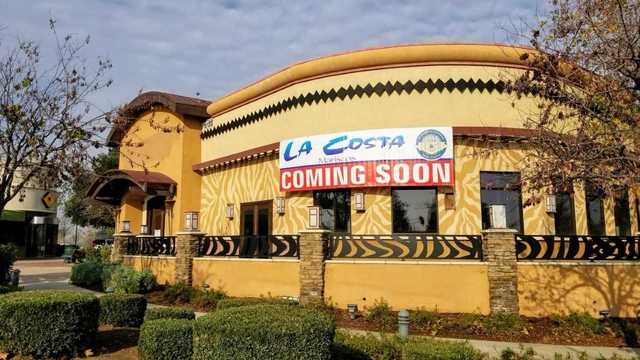 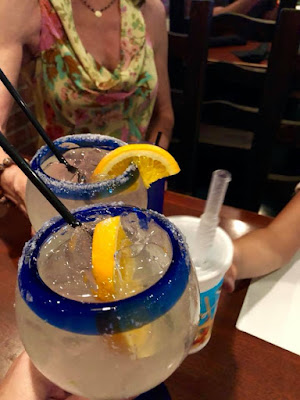 * ... SPOTTED ON TWITTER: "I’m no anthropologist, but the ruins in living room suggest I had a nachos bel grande and six Doritos locos tacos last night."

* ... SPOTTED ON FACEBOOK: "I just want to be appreciated the way middle-aged women appreciate air conditioning, balanced hormones, and men with excellent credit."

* ... FARM TO TABLE: Bakersfield is growing in may ways good and bad, but one of the most encouraging signs is the move toward sustainable farming and organically grown produce. One of the up and coming local farms is Pickalittle Farms off Old Farm Road south of town, owned by Mary Jean Russell and her husband. It's only 2.5 acres, but it produces an abundance of organic produce including lettuce, squash, garlic chives, beets, radishes, artichokes, asparagus, fava beans and so much more. Check them out each week at both the F Street farmer's market and the Haggin Oaks farmer's market. 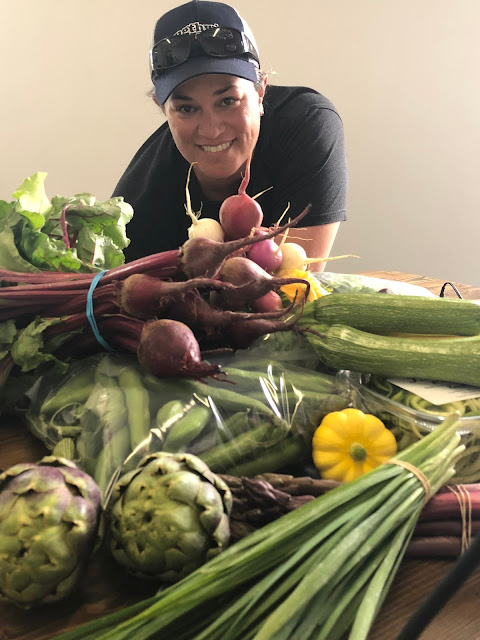 * ... 23 AND ME: You may recognize a familiar face soon when local television starts airing a commercial for the DNA test company 23andMe. The spot, airing for Mother's Day, features the mother-daughter team of local teacher Joyce Victor and her actress daughter, Selah Victor. Selah, if you remember, is the Highland High School graduate who helped produce a move starring Sharon Stone titled "All I Wish." 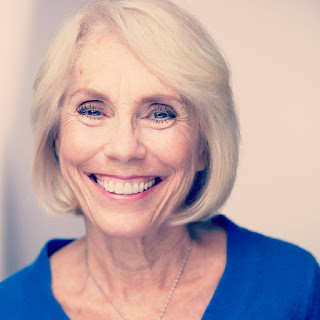 * ... MEMORIES: Who remembers the old Santa Fe Hotel on the old Highway 99? This photo courtesy of the Kern County of Old Facebook page. 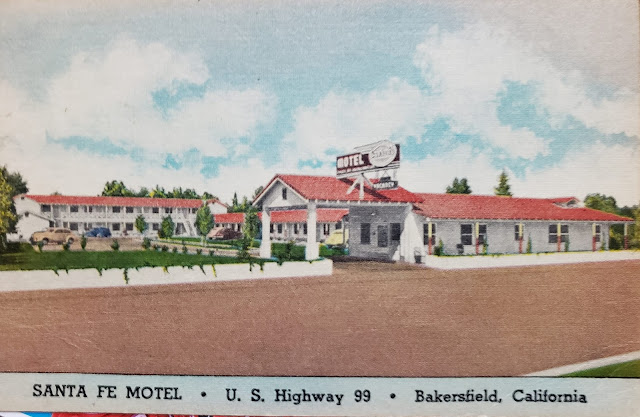 Posted by Richard Beene at 10:43 AM No comments:

* ... SHAME: Isn't it amazing how the words from one professor can stain an entire university? That's certainly the case with Fresno State, where alumni and staff are still reeling from the outrageous rant by English professor Randa Jarrar in which she called the late Barbara Bush a racist

and added she was glad she was dead. Now I know plenty of proud Fresno State alumni, and certainly the university will survive this, but the arrogance and utter meanness of Jarrar's tweet and anger toward the late First Lady stirred a hornet's nest. This tweet below labels Jarrar a "classless land cow," but that is an insult to all the bovines who share our planet. 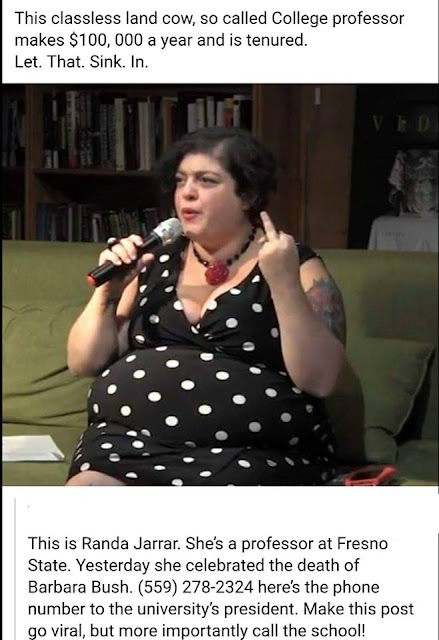 * ... CHICK-FIL-A: We talk a lot about the great divide in this country: the urban, hip culture of both coasts versus the great "fly over country" of middle America that elected Donald Trump. We live in a nation that talks past each other and more often defaults to insults and crassness (see the previous item on Randa Jarrar) at the expense of finding common ground. Which is why I found an essay in The New Yorker on the arrival of Chick-fil-A in Manhattan so interesting, and demoralizing. It is venomous in its attack on Christians, and though I am not particularly religious myself, I found it unsettling. Consider this passage from author Dan Piepenbring: "New York has taken to Chick-fil-A. One of the Manhattan locations estimates that it sells a sandwich every six seconds, and the company has announced plans to open as many as a dozen more storefronts in the city. And yet the brand’s arrival here feels like an infiltration, in no small part because of its pervasive Christian traditionalism. Its headquarters, in Atlanta, are adorned with Bible verses and a statue of Jesus washing a disciple’s feet. Its stores close on Sundays. Its C.E.O., Dan Cathy, has been accused of bigotry for using the company's charitable wing to fund anti-gay causes, including groups that oppose same-sex marriage. ... The company has since reaffirmed its intention to 'treat every person with honor, dignity and respect,' but it has quietly continued to donate to anti-L.G.B.T. groups. When the first stand-alone New York location opened, in 2015, a throng of protesters appeared. When a location opened in a Queens mall, in 2016, Mayor Bill de Blasio proposed a boycott. No such controversy greeted the opening of this newest outpost. Chick-fil-A’s success here is a marketing coup. Its expansion raises questions about what we expect from our fast food, and to what extent a corporation can join a community." 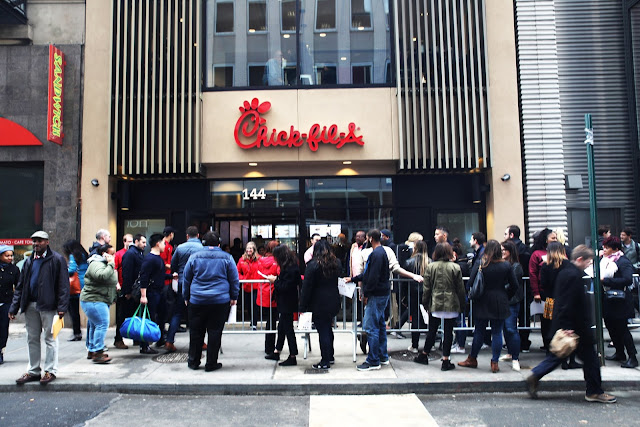 * ... BAN THE BIBLE? And as long as we are talking religion, don't fall for the "fake news" story making the rounds that California is on the verge of banning the Bible. It's all hooey. It started when Assembly member Travis Allen, who is running for governor, suggested that Assembly Bill 2943 would effectively ban the Bible because it deals with "gay conversion therapy." In truth, AB 2943 does not mention the Bible, Christianity or religion at all, and simply enhances the state's already existing prohibition on "sexual orientation change efforts." Our state is guilty of a lot of nutty laws emanating from Sacramento but banning the Bible is not one of them.

* ... RIG CITY: I dropped by our town's latest hip coffee shop, Rig City Coffee Roasters right behind the downtown post office. It's cute, classy and the coffee was top shelf,  but parking is a problem and service was slow. Still, worth checking out. 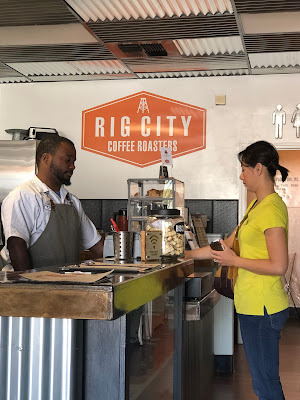 Posted by Richard Beene at 7:15 AM No comments: