A fire guts Carpet Cave in Bakersfield, feuds among family members are more common than you might think, RIP to Desi the rescue dog and Sir Richard Branson to speak at CSUB

Welcome to Bakersfield Observed. Our mission is to celebrate life in Kern County by focusing on newsmakers and events and the local characters who make this community such a special place. The views expressed here are strictly my own and do not represent any other company or publication.
* ... FAMILY FEUDS: You might be surprised how many American families are somewhat dysfunctional, with one of the most common issues being family members who no longer speak to each

other. And according to the Wall Street Journal, this is a lot more common than you imagine. The Journal said about 25 percent of the U.S. population is estranged from one family member, and the average length of this estrangement is four years. Some of the most common conflicts: disputes over money, conflicts over inheritance and getting along with in-laws.
* ... CARPET CAVE: One of Bakersfield's long-standing businesses, Carpet Cave, went up in flames Thursday morning in a fire that looked to destroy the entire building. The Carpet Cave warehouse on Sumner near Union Avenue caught fire early Thursday, threatening nearby businesses and causing tens of thousands of dollars in damages. No word on the cause of the blaze. Carpet Cave has been in business for more than 40 years in Kern County. 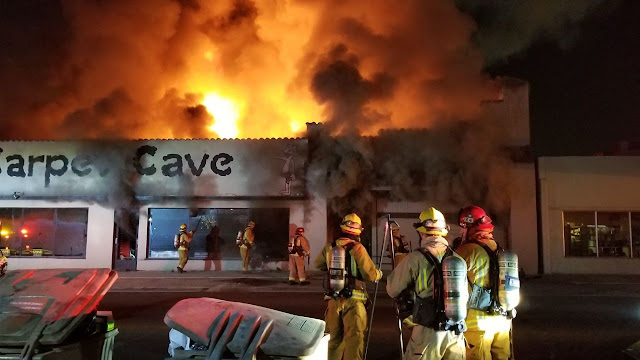 * ... RIP DESI THE DOG: It's not often you find obituaries for dogs in your local newspaper, but then Desi the rescue dog was something special. Desi died at the age of 13, and to commemorate a life well lived its owners took out an obit in The Bakersfield Californian. "In May 2009, Desi and hundreds of other dogs were living at a Mojave Desert rescue' nightmare run by two hoarders. Kern County Animal Services brought numerous animal cruelty charges against the hoarders. A jury found them guilty and their sentences included jail time and hefty fines," the obit read. "Desi was so ecstatic to be freed from her hellish surroundings that she tried to drive Liz's truck back to Bakersfield on Highway 58. It was a challenge to keep her on the passenger side of the truck." Desi apparently led a rich life until she was diagnosed with dementia last August and could no longer walk.  "Dr. Cliff Van Kopp, who treated Desi while she lived in Bakersfield, kindly agreed to provide an emergency appointment for us. Desi loved Dr. Van Kopp, Diane, Sarah, Simone and all the Stockdale Vet staff. Assisted by Diane, Dr Van Kopp gently and compassionately facilitated Desi's trip to Rainbow Bridge." 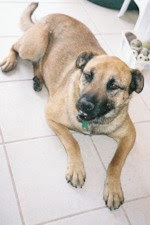 * ... SPOTTED ON TWITTER: How old were you before you realized that "racecar" spelled backwards is... "racecar."
* ... RICHARD BRANSON: Richard Branson, the serial entrepreneur and founder of Virgin airlines, will speak to CSUB students and faculty as part of a program to celebrate the first day of classes back in 1970. Because of the pandemic, Branson will appear on Zoom in a discussion moderated by House Minority Leader Kevin McCarthy. CSUB president Lynnette Zelezny called Branson a "visionary, entrepreneur and philanthropist" who serves as "an example to CSUB's students of excellence and ingenuity." 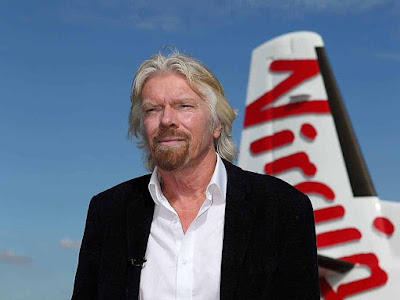 * ... MEMORIES: Check out this post from Art Moore on the Facebook page Kern County of Old: "1916 - The family name of "Weringer" appears on this photo. Members of this family were active in Bakersfield in a variety  of businesses, from breweries to vaudeville houses to general stores,  at least from the mid 19th century. What business this particular crew  was apart of on Dec 13, 1916 we do not know." 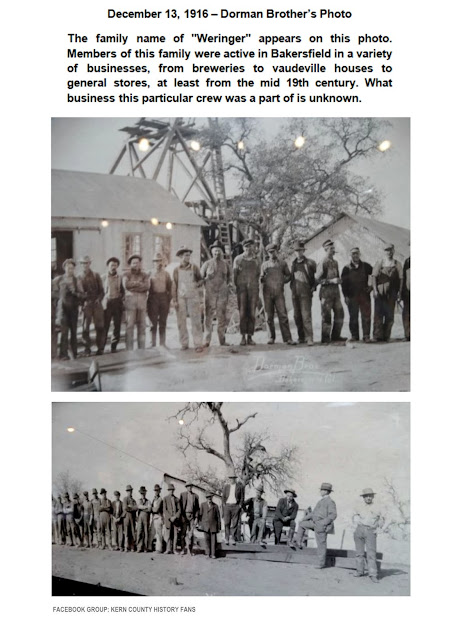 Posted by Richard Beene at 8:56 AM No comments:

Two LA County sheriff's deputies are ambushed while a crowd gathers at a hospital to chant for their deaths, a shooting at Area Park in Bakersfield and CVS Pharmacy to offer Covid-19 testing

Welcome to Bakersfield Observed. Our mission is to celebrate life in Kern County by focusing on newsmakers and events and the local characters who make this community such a special place. The views expressed here are strictly my own and do not represent any other company or publication.
* ... DEPUTIES SHOT: Just when you think it can't possibly get any worse, it does. Race relations are on a razor's edge, protesters burn and look with reckless abandon, and now it seems it is open season on police officers. This weekend, in Compton in LA County, two sheriff's deputies were ambushed while

sitting in their patrol vehicle. Both of them, one a young mother at 31 and the other her 24-year-old deputy partner, are hanging onto life at St. Francis hospital. And if that were not horrific enough, a crowd gathered at the hospital and started chanting "Let them die" and "let the bitch die" while blocking the entrance. Is this where our country is? Is this Donald Trump's fault or have we become so soft on criminal and crime that ambushing police officers is now the norm? Tomorrow (Monday) on KERN NewsTalk 96.1 FM on The Richard Beene Show, I will chat with Pastor Angelo Frazier of Riverlakes Community Church to get take on this new low of race relations in our country. 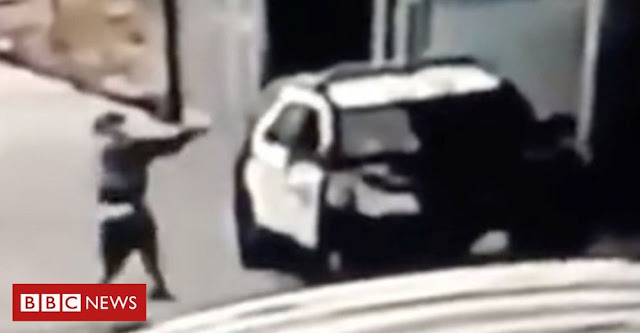 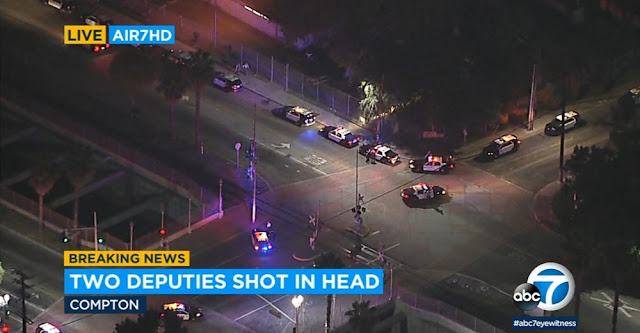 * ... COVID TESTING: CVS Pharmacy is now offering free drive-thru COVID-19 testing at five of its Bakersfield locations. The tests will be offered at the CVS pharmacies on Ming Avenue, Union Avenue, Rosedale Highway, Stine Road and Mt. Vernon Road. Appointments are required and people are asked to stay in their cars as they go through the drive-thru lanes.
* ... SPOTTED ON TWITTER: You know what’s more annoying than cops? People who buy old refurbished cop cars and keep the spotlight attached. We all hate you."
* ... PARK SHOOTING: Did you hear about the shooting at Aera Park over the weekend? That's right, a shooting at one of Bakersfield's nicest and newest parks in yet another sign that we live in uncertain times. Bakersfield police said it happened about 12:30 a.m. Sunday, injuring three people. When police arrived they said some 200 people had gathered at the park. Officers said three different shell casings were found, indicating at least three different weapons were used in the shooting.
* ... 24th STREET: The long, litigious nightmare of widening 24th Street is coming to an end and not a day too soon. City officials say they are now restricting 24th Street and that should take several days, along with installing landscaping on both the north and south sides of the road. In all, it should be done in a month or so. 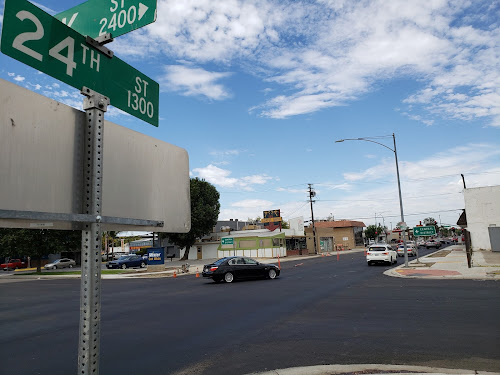 * ... TAFT MEMORIES: Take a walk down memory lane with these pictures of Taft back in the day. 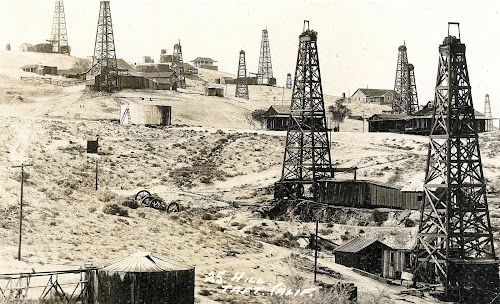 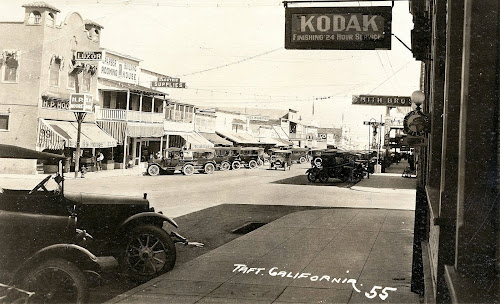 Posted by Richard Beene at 2:27 PM No comments: