Crystal Palace plans on reopening in November, Samantha Fish comes to World Records and Bakersfield loses a prominent obstetrician-gynecologist in a motorcycle accident on the Westside Parkway

Welcome to Bakersfield Observed. Our mission is to celebrate life in Kern County by focusing on newsmakers and events and the local characters who make this community such a special place. The views expressed here are strictly my own and do not represent any other company or publication.
* ... MARK ROOT: Bakersfield lost one of its most prominent and popular doctors this week when Dr. Mark Root was killed in a motorcycle accident on the Westside Parkway. The California Highway Patrol

said Root was traveling east bound on the parkway Monday night when his Harley Davidson left the road and careened down a slight embarkment and through a fence. He was located several hours later and the CHP said they believed Root may have been traveling at a high rate of speed. Root, 65, was a respected and popular long-time obstetrician-gynecologist who delivered hundreds of babies in town, as well as serving as chief medical officer at Bakersfield's Memorial Hospital. Gifted with a quick wit and keen intelligence, Root became a fixture at Memorial Hospital and in local medical circles and was active in any number of local charitable causes. He is survived by his wife Bernadette and children Daniel, Jordan and Jackie. Services are pending. (family photo of Mark and Bernadette Root) 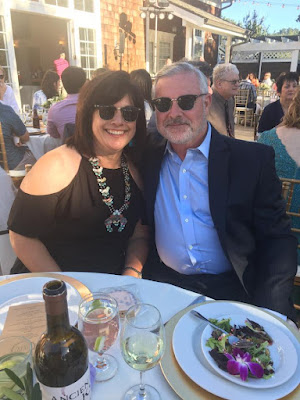 * ... RENO FLIGHTS: There is some good news for local travelers: Meadows Field will soon get service to Reno from ExpressJet Airlines. The new agreement will run for eight months and provide flights three days a week. The service will start as early as next week.
* ... SAMANTHA FISH: Live music has been one of the casualties of the ongoing pandemic, but some local venues are inching back into the business. This weekend, World Records will be hosting Samantha Fish, a red-hot blues guitarist recently voted one of the greatest female guitarists of all time. World Records owner Pat Evans said customers must show proof of being vaccinated. 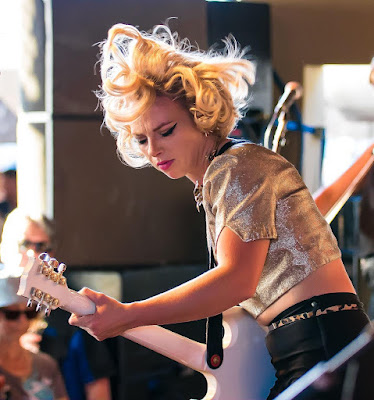 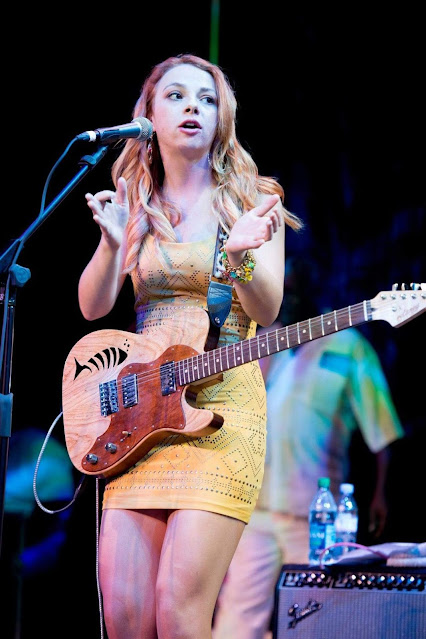 * ... CRYSTAL PALACE: And more good news on the music front: After going dark or more than a year, Buck Owens' Crystal Palace is planning to reopen in November. The problem, KGET says, is staffing. The Palace is looking for part-time bartenders, servers, hostesses and kitchen staff. 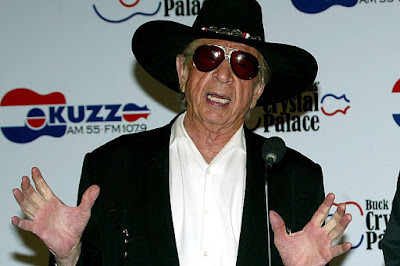 * ... SPOTTED ON TWITTER: "I’m giving a best man speech at my brother’s third wedding, and I’m going to open with 'Hi, it’s me again.'”
* ... JOSHUA TREES: There is an odd story coming out of east Kern County where hundreds of protected Joshua trees have been found uprooted and destroyed. KERO-TV reported authorities are trying to determine if they trees were cut down legally, to make room for a solar farm, or if they were destroyed illegally. Stay tuned. (photo by KERO) 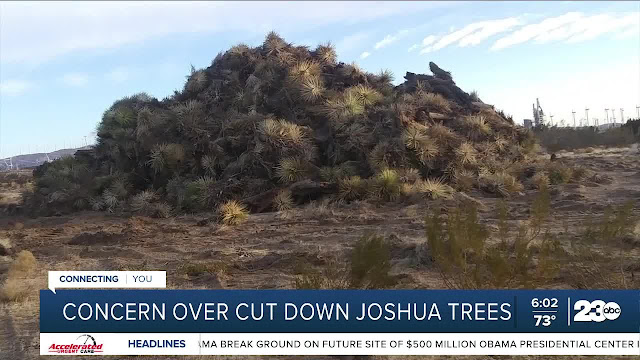 * ... MEMORIES: Take a moment to gaze at these historic photos, one of the Garces traffic Circle back in 1954 and the other a "before" and "after" shots of the old French shop. Thanks to the Kern County History Fans Facebook page. 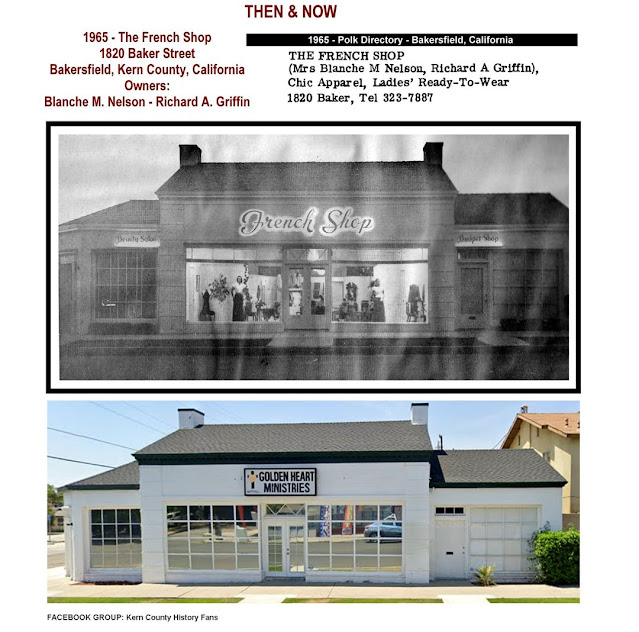 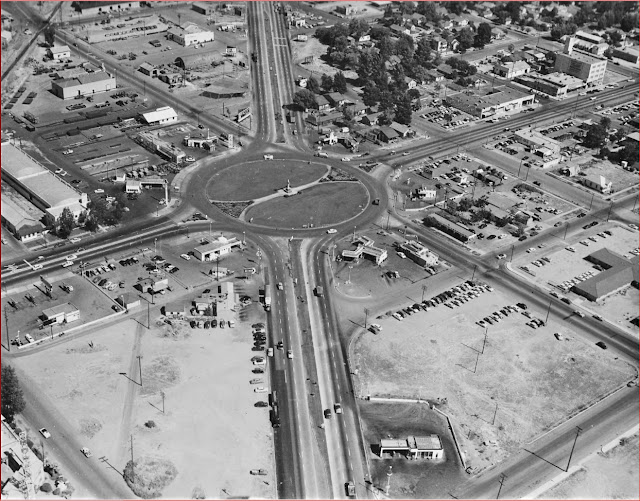 Posted by Richard Beene at 8:28 AM No comments: