House Majority Leader Kevin McCarthy says there will be no local town hall meetings, and who knew Men's Wearhouse owner founder George Zimmer was such a big proponent of legal marijuana?

* ... TOWN HALLS: Don't expect Bakersfield Rep. Kevin McCarthy to hold any town hall meetings soon. The House Majority Leader made that clear Wednesday when I spoke to him in a

wide ranging interview on KERN NewsTalk 96.1 FM. In fairness to McCarthy, he has always been accessible here, spending his time in the district at events, pressing the flesh at restaurants and even working shifts at local sandwich shops. And, as he correctly noted, House Republicans have been ambushed by well organized groups who appear less concerned about debating the issues than shouting down the incumbent for TV sound bites. McCarthy also indicated we might see the Republican plan to replace the Affordable Care Act sooner, rather than later, and that it might include subsidies to allow families to customize coverage to their own individual needs. Finally he said the GOP plan would likely save two popular ACA guidelines: leaving children on plans until they reach the age of 26 and guaranteeing coverage for pre-existing conditions. 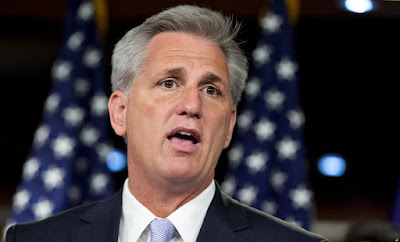 * ... PROTESTS: And speaking of McCarthy, I think it is deplorable that protesters think it is perfectly okay to  stage their protests in front of McCarthy's personal residence. It raises serious security issues not only for McCarthy's family for for neighbors as well.

* ... TRUMP: Nick Graham dropped me this note that no doubt speaks for a lot of folks here: " "It is troubling to watch how divided are country is becoming.  However, I have peace of mind, a better sense of security, and most of all HOPE in knowing that Donald Trump is our President and not Hillary Clinton."

* ... SPOTTED ON TWITTER: "A job interview is like a first date. You dress up, pretend to be someone else and spend the time wondering if you’re going to get screwed."

* ... ZIMMER: Did you know that George Zimmer, the gravely voiced founder of Men's Wearhouse, has turned into an outspoken advocate for recreational marijuana? It turns out that Zimmer, who was ousted from the company he founded and is now working on his new firm Generation Tux, credits marijuana with helping him quit drinking some 35 years ago. 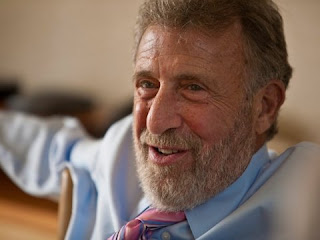 * ... HAIL TEXAS: Phil Jacobs responded to my earlier post about how Californians are viewed in Texas. "As someone who has great admiration for all things Texas, I was really interested in the e-mail sent to you about Californians at a Texas rodeo. To be honest, I'm surprised that they would allow anyone from my pitiful state in any Texas activity. I'm sure there was no rudeness involved, because Texans are incapable of this or any other vice. It was probably just natural shock that Californians were let in... As a Californian who loves Texas, I hope Texans feel free to stop by our humble state anytime they get tired of glorious Texas. For those Texans that know how to use a compass or the location of Polaris, California is about 600-800 miles west of Amarillo. It's near a big water sometimes called the Pacific Ocean. There are rumors that this water is bigger that the Gulf of Texas, I mean Mexico. I'm sure that's untrue. In closing, I say hail to the great state or rather World of Texas. It is truly the most wonderful place on Earth, including Disneyland!"

* ... MEMORIES: I lifted this memory from the Facebook page Kern County of Old: "Not counting our heritage Basque restaurants, there were exactly five classy places you might take a dater for the prom in the mid 1960s: Maison Jaussauds, Tam O'Shanter, Freddie's Top of the Hill, Bakersfield Inn and the Skyway Lounge at the old Meadows Field terminal.

* ... MORE MEMORIES: And finally this from the same source: "Dan Blocker (1928-1972) was Grand Marshal of the Bakersfield Christmas Parade in 1961. He played 'Hoss Cartright' on the show Bonanza. While here for the event he was a guest at the Cousin Herb Henson home."
Posted by Richard Beene at 9:15 AM No comments:

* ... WEATHER: Can you remember the last time rain was not in the forecast? What a year it has

been and yet more rain is in the forecast. One friend told me he had not used his sprinklers in three months, another is predicting we will have water in the Kern River well through July Fourth, and experts say don't be surprised if we are skiing in Mammoth through Labor Day. 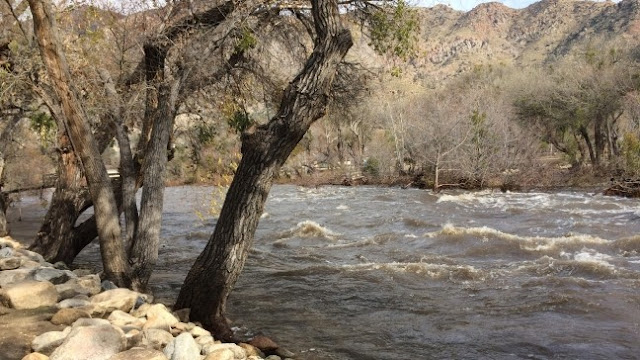 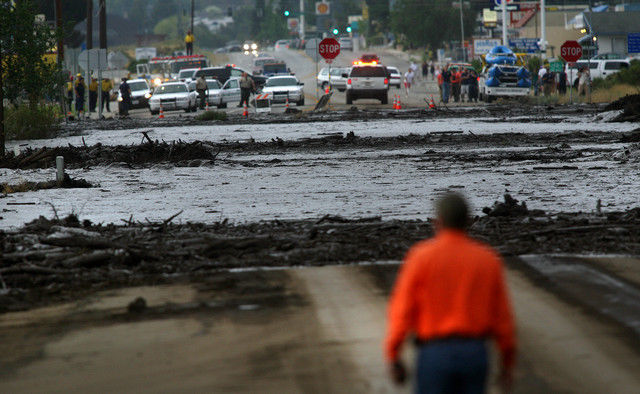 * ... CAFE SMITTEN: Cafe Smitten, the impressive new downtown coffee and pastry house, opened Monday to a crowds that snaked out the door onto the sidewalk virtually all day. The design is stunning, or as a friend muttered to himself, "are we in Santa Monica?" For me, I knew this 18th Street bistro was special when I was greeted with the soft melody of the song "Sin City" by the Flying Burrito Brothers when I walked through the door. My non-fat latte was excellent but I was secretly envious of a friend's 'smashed avocado' sandwich, one of the many creative items on a menu that includes beer and wine. Another big selling point: plenty of outdoor seating. Among those I spotted on opening day were Watson Realtors John and Katy Glentzer, Ward 2 City Councilman Andrae Gonzales, Ward 4 Councilman Bob Smith (his daughter and son-in-law run the place), local businessman Mel Atkinson and daughter KellyAnn, Metro Galleries owner Don Martin, Californian editor Stephanie Diaz and reporter Jason Kotowski and Live Office Systems marketing artists Matthew Prewitt and Bree Wattonville. 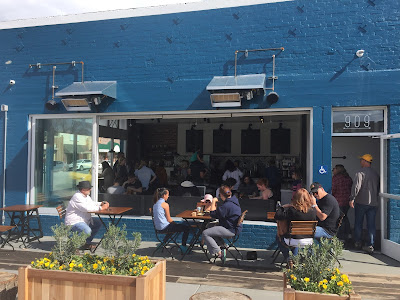 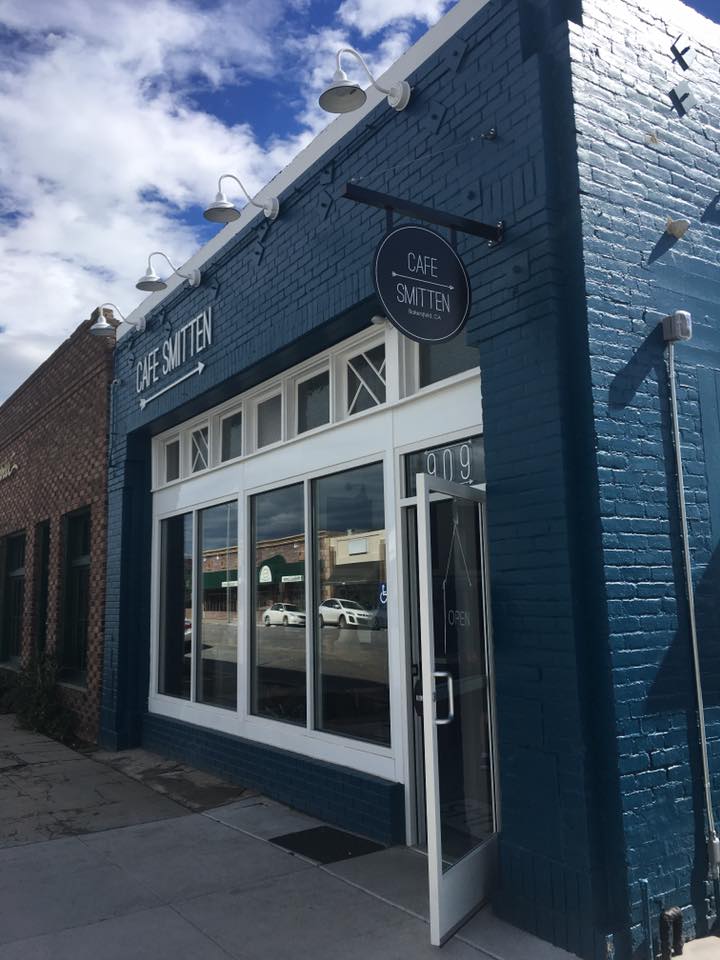 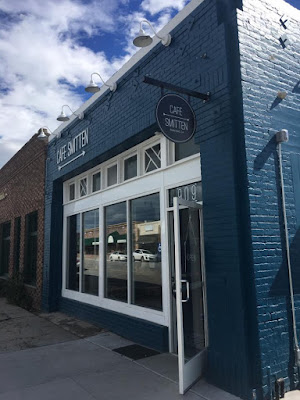 * ... HUMAN KINDNESS: This note from Lynn and Bill Seeker showed up in my mailbox: "We would like to thank 'Bailey'' who kindly paid for our breakfast at the 24th Street Cafe on Feb.16.  It  was very generous of him to do this. There are a lot of very kind  people here in Bakersfield  and you are one. "

* ... LIFE: This is why I love Facebook: the other day a friend posts this: "Seriously, can you imagine Trump in a real crisis?" while at the same time another chimes in: "Who wants to do the Abs Challenge?"

* ... SPOTTED ON TWITTER: "Money can't buy happiness, but it can buy you a really nice house to be miserable in."

* ... MEMORIES: If you are a Bakersfield old timer, you may remember the old Tri-Valley Rambler dealership. I learned this while visiting the Kern County of Old Facebook page, a repository of old photos and local history. In 1964, according to a story in The Californian, Tri-Valley was purchased by a then young Richard Stricklen and relocated to Chester and 26th streets. 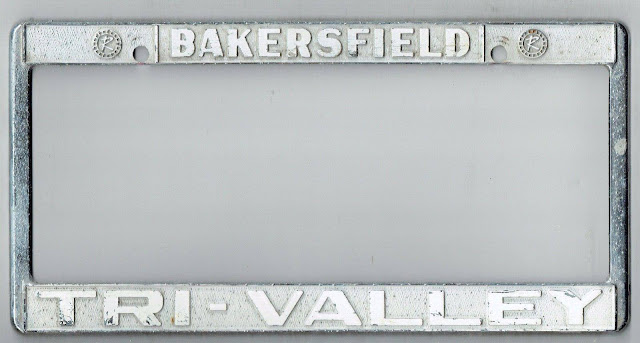 * ... RODEO: A reader dropped this note in my mailbox: "I recently received this note from a close personal friend who recently attended the Humble Rodeo in Humble, Texas. It said: 'It was a great event and with about 2,000 in attendance, it had the flavor of times past in small town America. As the evening progressed, the announcer began to ask people from various states to stand as he called them out. Loud applause for some, polite for others. When he asked who was from California, two people sitting in front of the arena stood. There was no applause, just silence. The announcer then said 'welcome to America.' That brought down the house!”

Posted by Richard Beene at 9:08 AM No comments: