San Bernardino shooting renews calls for gun control, and the issue of global warming breaks down on political lines

* ... SAN BERNARDINO: The horrific shootings in San Bernardino have triggered renewed calls for gun control, but the practical reality is something entirely different. There are approximately 300 million handguns, rifles and shotguns in private homes throughout the country, and our desire for personal

protection seems to know no bounds. Did you know that 37 percent of Americans own at least one weapon? And frankly, that statistic seems low to me. On Black Friday, for example, the government reported a record 185,000 background checks were conducted on firearm sales. And with the rise of domestic and Islamic terrorism on U.S. soil, you can bet that trend will continue. 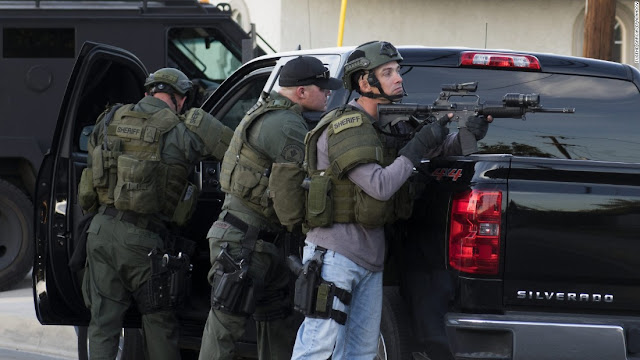 * ... GUARDIAN SERIES: If you haven't read the series by the London newspaper The Guardian on officer-involved shootings, you should. It found, among other things, that Kern County leads the nation in fatal officer-involved shootings on a per capita basis. Other counties in the top 10 - San Bernardino, Riverside, Clark County, Nevada and Oklahoma County - share a lot in common with Kern: high crime rates, rampant methamphetamine use, poverty and high unemployment. Does that excuse law enforcement in the use of excessive force? Certainly not, but it does point out that our street officers often patrol in bad neighborhoods where bad things happen. The Guardian series is rolling out over the next month, and is recommended reading. 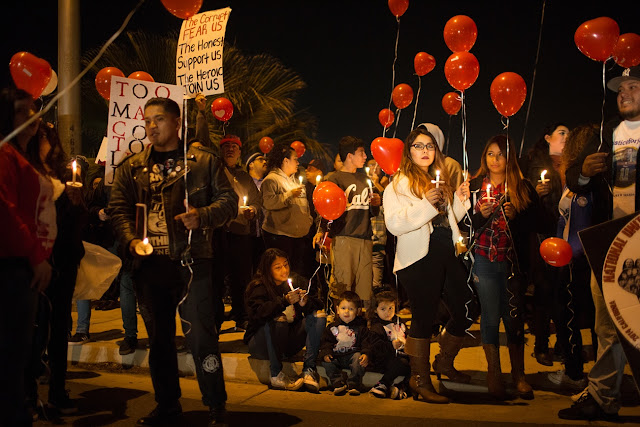 * ... BAD FORM: Shame on whoever unceremoniously dumped a filthy mattress in a downtown alley the other day. The city offers bulk items pick up, and the dump is a short drive away, but some folks prefer to let someone else deal with their mess.

* ... FIRST FRIDAY: The December First Friday has a lot in store for tonight, including several new art exhibits. Over at Metro Galleries, artist Alberto Herrera has a new show of 48 paintings. Herrera is know for his colorful almost Picasso like paintings. At the  Ice House Framing and Gifts, Aliza McCracken will be signing her new book or inspirational art and poetry. The 19th and Eye ArtWalk continues to grow each month, this time over 50 local artists will be showing their works. It all happens in the downtown Arts District from 5 p.m. to 9 p.m.

Posted by Richard Beene at 12:27 PM No comments:

The president of Oklahoma Wesleyan University has some straight talk for protesting students, and a Facebook page is devoted to local crime

* ... STRAIGHT TALK: Dr. Everett Piper, president of Oklahoma Wesleyan University, had some straight talk for some of the college students across the country who have been demanding a "safe place" to live and study, often at the expense of a civil dialogue of opposing views. Said Piper in a blog post: "This is not a 'safe place,' but rather, a place to learn: to learn that life isn’t about you, but about others; that the bad feeling you have while listening to a sermon is called guilt; that the way to address it is to repent of everything that’s wrong with you rather than blame others for everything that’s wrong with them. This is a place where you will quickly learn that you need to grow up. This is not a day care. This is a university!" 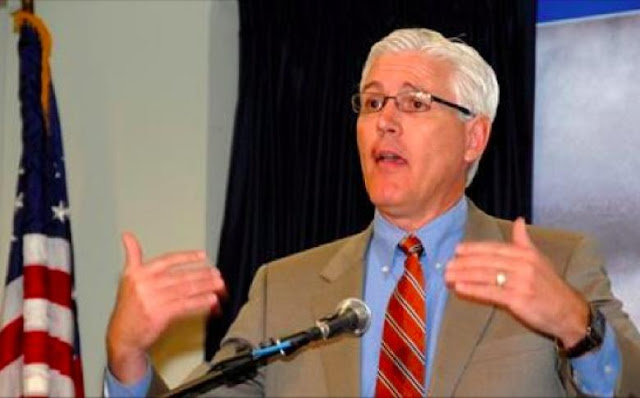 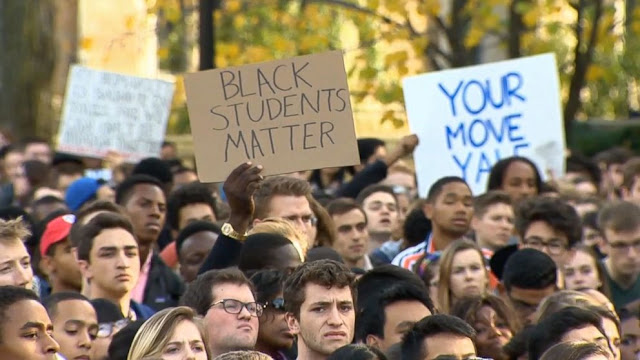 * ... CRIME: There are yet more reports across town of thieves siphoning gas from parked cars. Two people recently reported waking up to find their gas tanks completely empty? What to do? Consider a new gas cap that locks with a key.

* ... BAKERSFIELD THIEVES: And speaking of crime, did you know there was a Facebook page devoted to posting pictures of petty thieves in town? A few minutes scrolling through the pictures on the "Bakersfield Thieves" Facebook page is a depressing experience, but nonetheless educational. There are pictures of thieves stealing packages off front porches, people riding bicycles carrying big screen TVs, shoplifters and just about anything else that will ruin your day.

* ... SPOTTED ON TWITTER: "The difference between pizza and your opinion is that I asked for pizza."

* ... CHIMNEY DEATH: The death of a suspected burglar who died of thermal burns after he got stuck in a fireplace in Fresno County has a familiar - and odd - ring to it. In this latest case, the homeowner didn't know the would-be burglar was in the fireplace when he started the fire, leading to the predictable consequences. In was in August of 2010 when a local doctor, Jacquelyn Kotarac, died she she got stuck in the chimney of her boyfriend's house in southwest Bakersfield. In that case, she took to the chimney after she failed to break into the house in a more conventional sense.

* ... CHIPS FOR KIDS: I hope all of you get a chance to swing by The Californian Wednesday to donate an unwrapped toy for the CHIPs for Kids toy drive. We will be set up at the corner of H and 18th streets from 5 a.m. to 6 p.m.

* ... BAKERSFIELD WINDS: And there was this shout-out from reader Gerhard Schmidt: "A week ago, there was a musical event by the outstanding Bakersfield Winds. They were able to return to the Olive Drive campus after renovations of the church building. This appeared to improve the acoustics, so that the performance was indeed 'ear candy.' This ensemble of 50 musicians, many of them music educators, produces what is no doubt an unbelievable value for a suggested $5 donation. The quality is close to that of professional wind ensembles. Look up their schedule online. Especially not to be missed is their patriotic concert."

Posted by Richard Beene at 2:37 PM No comments:

The Bakersfield Music Hall of Fame gets ready to open, and local Bako boys Derek Carr and Cody Kessler shine on the gridiron


* ... GUITAR MASTERS: It looks like former homebuilder Kyle Carter and wife Kim McAbee are drawing closer to opening their Bakersfield Music Hall of Fame. I am told the facility, located off Q and 23rd streets, will be a one-of-a-kind venue with over-the-top studios and electronics for shows and other private events. If you want to get a peek, plan on attending Rick Kreiser's Guitar Masters series that will feature the international duo Loren and Mark on Wednesday, Dec. 9. Said Kreiser on the new Hall of Fame: "Studio A will be an even better venue than it was, and with 250 comfy seats it is right in the sweep spot for attracting a lot of the wonderful talent we weren't able to accommodate in the past. On Dec. 29, Guitar Masters will present "Christmas with the Cranktones" as Carl Verheyen brings his band of legendary LA musicians to Studio A to help raise money for the Kern Country Cancer Fund. Carter purchased the old Bakersfield Sound Studio and has put his heart (and pocketbook) into creating this new addition to our community. 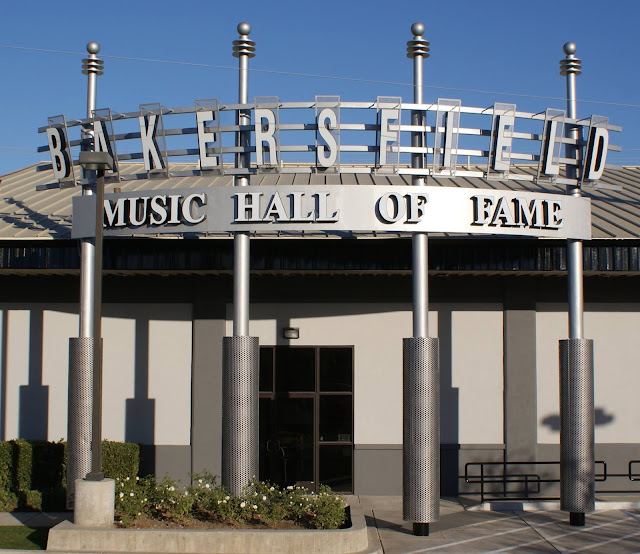 * ... FOOTBALL: It was great to see two local Bakersfield products - Cody Kessler and Derek Carr - have good days on the gridiron this weekend. Kessler, who went to Centennial High, led the USC Trojans to a 40-21 victory over cross town rival UCLA, passing for two touchdowns and running for a third. Meanwhile Carr, who went to Bakersfield Christian and later Fresno State, led the Oakland Raiders to a come from behind 24-21 victory over the Tennessee Titans. 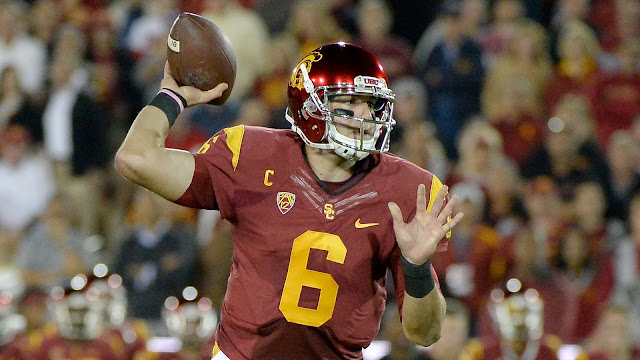 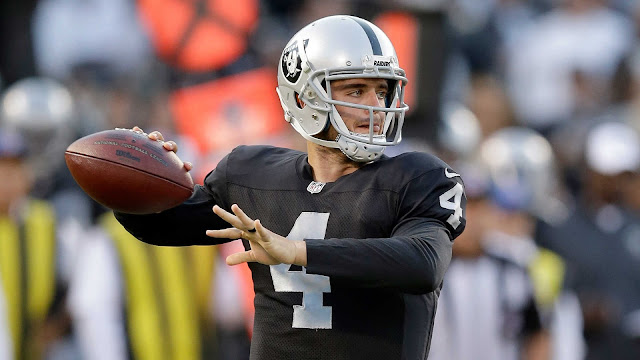 * ... BAD FORM: A pox on whoever decided to leave a McDonald's bag, cups and trash next to the Bank of America drive-through teller on 17 Street downtown. Just how hard is it to find a trash bin anyway?

* ... TRASH: And speaking of trash, the homeless encampments along the bike path between Beach Park and Manor Street have expanded significantly in recent months. But as one ranking officer at Bakersfield Police Department told me: "If we sweep them out, they head to the downtown neighborhoods and then we get complaints there. There is no easy solution."

* ... KUKA'S: It looks like Kuka's Folk Arts, the cheery little boutique located downtown, is closing after 10 years in business. Owner Ruth Darrington slashed prices for Small Business Saturday and those discounts will continue until the end of the year.

* ... ACHIEVER: Congratulations to Kern County native Dr. Stephen Pandol, who recently received a Lifetime Achievement award at the American Pancreatic Association's annual meeting in San Diego.  Pandol, who grew up in Delano and is the son of Winnie and the late farming giant Jack Pandol, is the Director of Basic and Translational Pancreas Research in the Gastroenterology Department at Cedars-Sinai Medical Center in Los Angeles. Pandol, a gastroenterologist, is a noted expert in pancreatic cellular physiology and mechanism of the disease.


Posted by Richard Beene at 2:41 PM No comments: