* ... 9/11: Ben Ansolabehere remembers exactly where he was during the World Trade Center attacks, sitting as his desk at East High School when fellow teacher Mike Warner told him to turn on the TV. "After seeing the aftermath of the first plane and being a history teacher, I knew that planes were  not allowed over Manhattan Island because of a similar incident with a B-24 Liberator and the Empire State Building. Seeing the second plane hit the other tower sealed the fact that we were under attack. 'Less we forget!'" 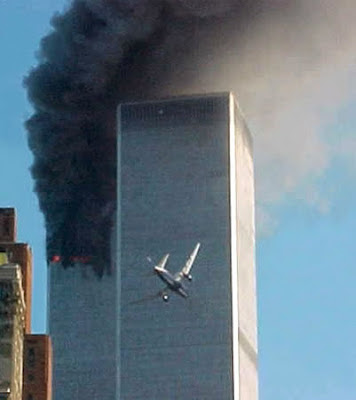 * ... CANCER: Hats off to Crysta Barrick and a group of friends at Liberty High School who have started a club to assist those battling breast cancer. The idea started when Crysta's mother, Natalie Barrick, was diagnosed with Stage 4 breast cancer last year. The group is called Operation HOPE (helping others prevail everyday) and it hopes to grow to other schools in Kern County. I could not think of a better way to recognize October's breast cancer awareness month than shedding some light on this special group of students.

* ... SPOTTED: A regular reader who asked that her name be withheld shared this observation at the Goodwill store on Olive Drive. "As I was going down an aisle a mother with her little girl in a cart were coming toward me. Mother handed her a bag of Skittles and she immediately dropped it and the candy went all over. The mother said no we are not going to pick it up and she shoved it under the rack with her shoe...(Then she) handed the little girl another bag of Skittles at the end of the aisle and same thing again, all over the floor and mother kicking it once again toward the racks.... she never said  a word to anyone working there."

* ... OVERHEARD: A regular on Facebook laments the lack of civility on the social networking website. "I am really, really, REALLY tired of seeing everyone's political agendas paraded on here. Just while scrolling down RIGHT NOW there are five posts from friends that appear bashing one candidate or the other. At this rate, my Facebook account will be discontinued sooner, rather than later."

* ... ALS: If you are free Saturday and want to support a good cause, stop by the third annual ALS (Lou Gehrig's disease) barbecue and fund raiser. It's set for for 11 a.m. at Stella's Sandtrap (3133 Niles Street) and costs only $7 for a try-tip lunch. I am told some 92 percent of the money raised stays right here in Kern County.
Posted by Richard Beene at 1:14 PM No comments:

A new book titled The End of Men argues it's a woman's world, and remembering the September 11 terrorist attacks that forever changed our world

* .... WOMAN'S WORLD: A new book called "The End of Men" argues that women are better at adapting to changing world economic conditions than men, and it is getting a lot of press these past few days. While men may still dominate in the board rooms, author Hanna Rosin argues that in a fast changing world, men tend to cling to what they know while women quickly adapt to new conditions. Said the New York Times columnist David Brooks: Over the years many of us have embraced a certain theory to explain men's economic decline," he said."It is that the information age economy rewards traits that, for neurological and cultural reasons, women are more likely to possess." And add to that: the number of women achieving college degrees is far outpacing men. 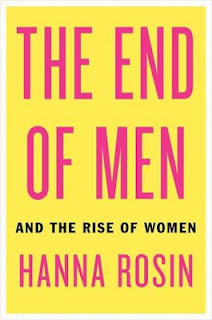 * ... 911: Amazing to think it has been 11 years since the terrorist plane hijackings and horrific attack on the World Trade Centers. Do you remember where you were when you learned what happened? Do you remember how we all rallied around our country and you couldn't find an American flag for sale anywhere? It was a time we all came together, save for the occasional odd comment or email like the one composed by a local man saying the attacks were God's way of punishing us for our sins. And speaking of bad form, shame on NBC for failing to honor a moment of silence recognizing the moment of the attacks, opting instead to interview Kris Jenner (of Keeping up with the Kardashians) about her TV show and her breast implants. 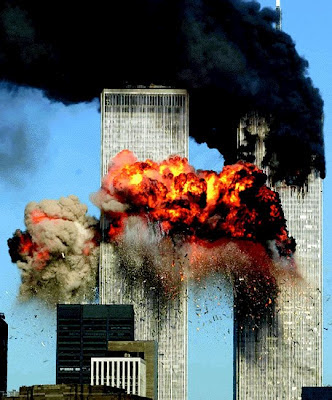 * ... MEMORIAL: Memorial Hospital opened its new Einstein Pavilion this week, honoring the long and distinguished life of Dr. Hans Einstein, who passed away recently at the age of 89. The hospital is on a roll and recently opened its Pediatric Intensive Care Unit, allowing ailing children to remain in town instead of traveling hours for treatment. (file photo of Hans Einstein) * ... SPOTTED: At the downtown Starbucks on L Street, a very young girl (maybe two years old) accidentally spills her drink, causing a grouchy man next to her to flip off her father. A Bakersfield police officer witnessed this bit of bad form, intervened, handled the situation and everyone moved on.

* ... SICK BAY: Mike Marotta, co-owner of the physical therapy group Pair and Marotta, was involved in a nasty bicycle crash during a race last Sunday in Bend, Oregon. He broke his right clavicle and pelvis and underwent surgery. Marotta is a state cycling champion in his age group, an incredible athlete, and was racing in the 60-plus age division.


* ... DEBATE: When Joe Biden and Paul Ryan square off for the vice president's debate on October 11, there will be a local girl helping coordinate things at Centre College in Danville, Kentucky. Avery Williams, a Stockdale High graduate who is now a sophomore at Centre College, will be serving as an official volunteer for the debate. Proud mother Cindy Williams told me she is a member of Kappa Kappa Gamma sorority and is a representative on the Academic Excellence Committee. Father Scott Williams works for Chevron and mother Cindy is a teacher for the Panama Buena-Vista Unified School District. 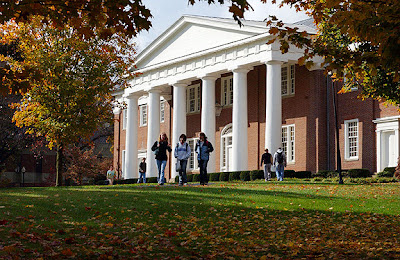 * ... OVERHEARD: A local business executive is speaking to a friend about the number of jaywalkers in our community. "Yesterday I almost ran a guy down who was walking across Golden State Highway. And at the Garces Circle a mother with young children and a stroller were dodging traffic. It's everywhere."

* ... CORNHUSKERS: So who knew that a group of University of Nebraska fans gather each Saturday at Goose Loonies to take in Cornhusker football? Local businessman Bob Tebbe said up to 25 fans meet each Saturday to root on the Big Ten team. Tebbe said the fans range in age from "from early 20s to 80 and just as many women as men, sometimes more. We are made up of  professionals, truck drivers, a judge, business owners, firemen, veterinarian, retirees ... just really nice people who have one thing in common.... a love of Nebraska." 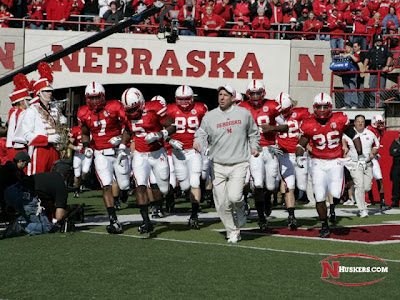 * ... CSUB: It may be football season but it's never too early to talk college basketball. On Monday, CSUB men's basketball coach Rod Barnes will join me on Californian Radio (KERN 1180) to talk about the prospects for the Roadrunners as the team goes deep into Division 1 play. The team just returned from Bermuda and a series of exhibition games. The show begins at 9 a.m. 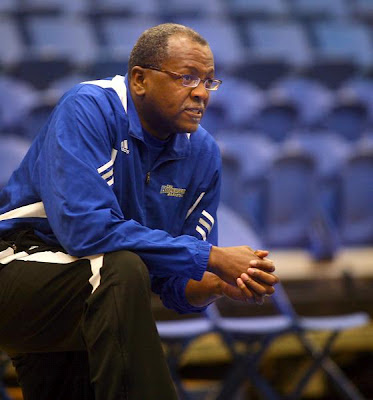 * ... BROCK DINNER: Hats off to Jon Van Boening, the president of Memorial Hospital who was honored with the John Brock Community Service Award at the annual dinner last week at Seven Oaks Country Club. Van Boening has been quietly steering Memorial during a period of hyper growth and has built an impressive team to offer the best quality care. The Brock dinner, sponsored by the CSUB School of Business, is always a good opportunity for our community's business and civic leaders to recognize one of their own. 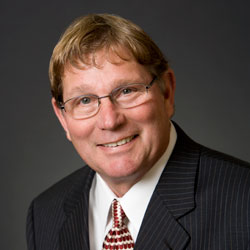 * ... SPOTTED: At a local Vons,  a woman pulls her loaded cart up to the express lane (15 items or  fewer) and proceeds to empty the cart 15 items at a time, paying at each interval until her cart was empty.

* ... KIWANIS: One of my regular contributors, Dona M. Baker, dropped me a note to remind me of the good that the Oildale Kiwanis club does each year for students at Standard and Beardsley elementary schools. Each year the club purchases back to school clothes and back packs for kids at the schools, meeting the kids at a local Target to select the supplies. Dona also wanted me to remind all World War II veterans to be part of the annual Veteran's Day Parade Nov. 12.

* ... GOLF: If you want to support the Wounded Heroes Foundation of Kern County, you may want to sign up for the third annual Wounded Heroes golf tournament at Bakersfield Country Club. Club pro Bruce Burroughs told me the event is this Saturday, September 15, starting at noon with a shotgun start. Call the pro shop at (661) 871-4121 to sign up. All donations are welcome.

Posted by Richard Beene at 10:15 AM No comments: