Rep. Kevin McCarthy says Trump will remain a player in GOP politics, we have another run on toilet paper at local stores and abuse cases at the Boy Scouts near 100,000

Welcome to Bakersfield Observed. Our mission is to celebrate life in Kern County by focusing on newsmakers and events and the local characters who make this community such a special place. The views expressed here are strictly my own and do not represent any other company or publication.
* ... KEVIN MCCARTHY:  Donald Trump may have lost the election but Congressman Kevin McCarthy is earning applause after the Republicans picked up eight to 10 seats in the House of

Representatives,  almost all of them women, minorities or veterans. In an interview with The New York Times, McCarthy said he was most proud of "the growth of the party... that is going to be more diverse than it ever was." He also said he expected Trump to remain active in the Republican Party. "If at the end of the day he does not win the presidency, he will still be a player and he'll still have a base. And if you sit back, if Trump was not on the ticket, would we have won seats this year? He brought turnout." 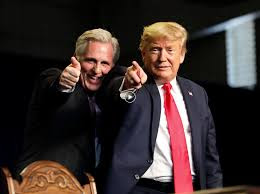 * ... TOILET PAPER: Don't say I never warned you. A week ago I reported here there would be a run on toilet paper and paper towels, and sure enough it has happened. Store shelves across Bakersfield are empty as folks stock up on paper good anticipating more time at home and possibly a state ordered lock down. 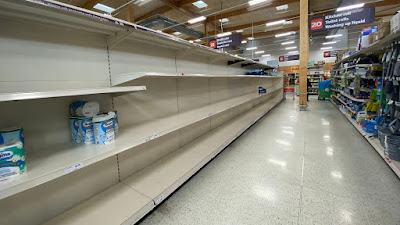 * ... SPOTTED ON TWITTER: "Someone toilet papered my house last night and it is now worth $875,000."
* ... BOY SCOUTS: Did you hear that more than 92,000 men have come forward to file sexual abuse clads against the Boy Scouts, a staggering number of claims that attorneys say is reflective of decades of assaults by scout leaders across the nation? To give you an idea of the scale of this scandal, lawyers say the number of abuse claims top the number of cases in the Catholic Church, which itself has been dealing with a long sordid history of wayward priests preying on young men and women. Attorneys say there have been abuse cases involving scouts in all 50 states as well as at military bases in Japan and Germany. Let that sink in for a minute. 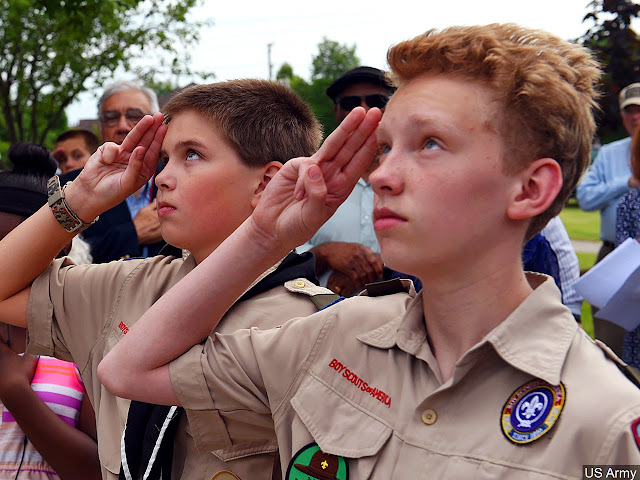 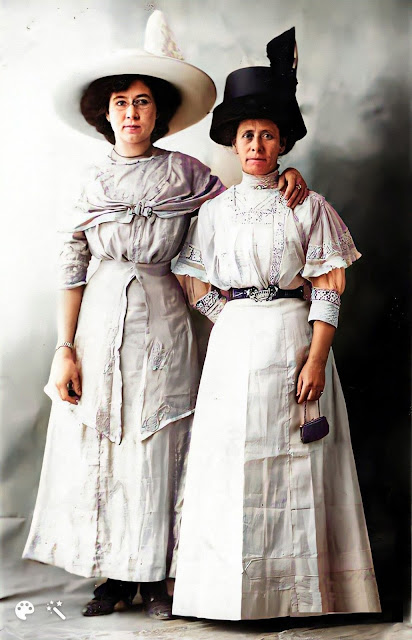 * ...  BAD FORM: So how did it leave you feeling when you learned Gov. Gavin Newsom and his wife flaunted his own rules by dining at the uber upscale French Laundry restaurant when he is telling the rest of us to stay home and away from crowds. That's right, Newsom was accompanied by his wife Jennifer Seibel Newsom and about 12 other people when they dined at the upscale eatery to celebrate the birthday of his longtime friend, lobbyist Jason Kinney. They were inside and dining without masks, the two things our governor is advising all of us to avoid. After the dinner was made public, Newsom apologized and said he could have exhibited better judgment. Ya think? (file photos of the Newsoms and The French Laundry) 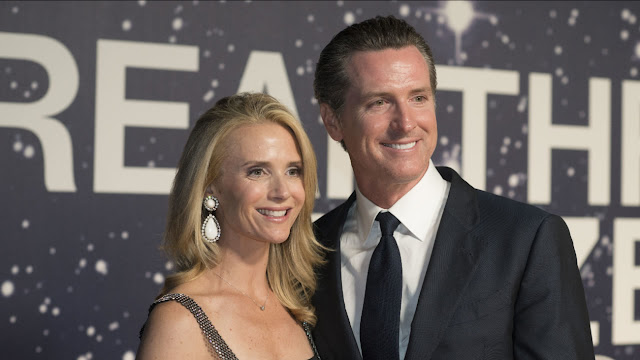 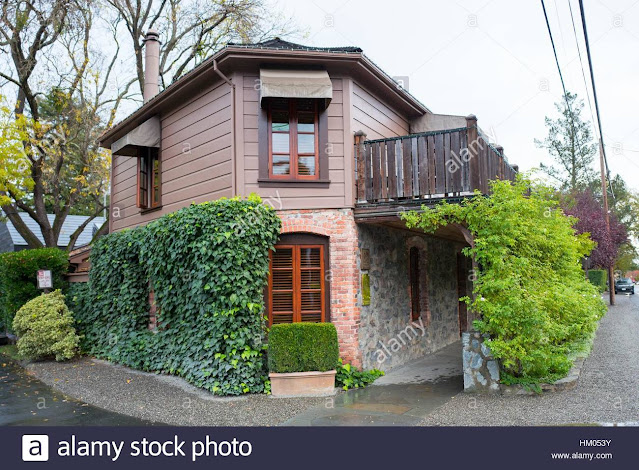 * ... MEMORIES: How many of you bought bicycles here as a child at Vincent's Cyclery on 18th Street across from the Padre Hotel? Check out this photo of the old Vincents. Thanks to the Facebook page Kern County History Fans for this nugget. 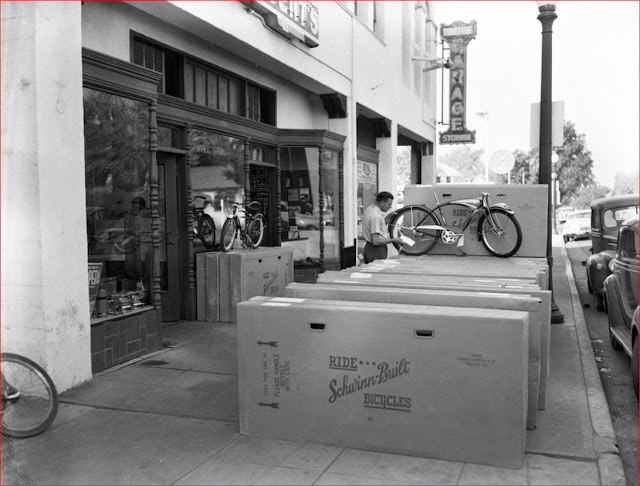 * ... MEMORIES: Here are a couple of interesting shots of Lebec back in the day. 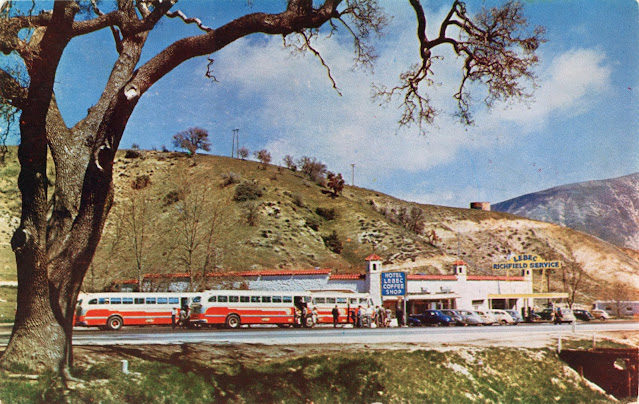 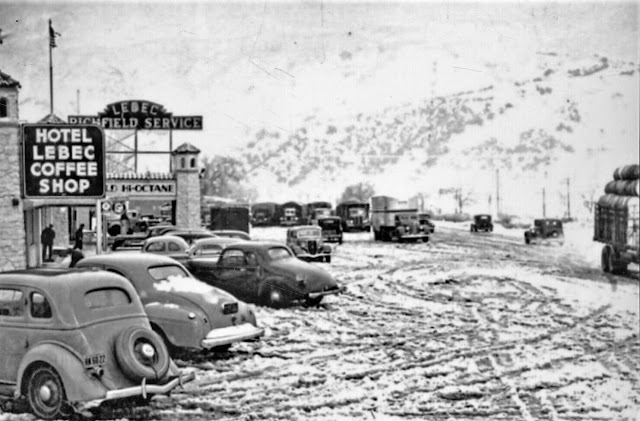 Posted by Richard Beene at 9:32 AM No comments:

The Catholic Church reels from yet more disclosures of ignoring predatory priests, are you ready for Round Two of hoarding toilet paper and sanitizer and Maya Cinemas gets a new general manager

Welcome to Bakersfield Observed. Our mission is to celebrate life in Kern County by focusing on newsmakers and events and the local characters who make this community such a special place. The views expressed here are strictly my own and do not represent any other company or publication.
* ... CATHOLIC CHURCH TROUBLES: The seeming never-ending sexual abuse scandals in the Catholic Church are well documented, and the Diocese of Fresno is at the epicenter locally for dealing with a long history of priests preying on both young men and women.  (The Fresno Diocese is only one of two dioceses in the state that has yet to release its list of credibly accused priests) But virtually no one expected the scandal to tarnish the reputation of the late Pope John Paul II, the once wildly popular Polish pope who ruled for 26 years. But now, thanks to a report from the Vatican itself, the late pope has been tied to the growing scandal of disgraced former Cardinal Theodore E. McCarrick. Among the findings of the Vatican report: Pope John Paul chose to ignore evidence that showed McCarrick engaged in decades of sexual abuse, including pedophilia. McCarrick has become the poster child of how Catholic priests prey on others: "grooming" victims with adoration, attention, money and gifts all the while using his power and public standing to intimidate the victims and his critics. The McCarrick scandal is a major embarrassment for the church, but it likely won't lead to an effort to reverse the canonization of Pope John Paul II. (file photo of the late Pope John Paul II and the degraced Cardinal Theodore McCarrick) 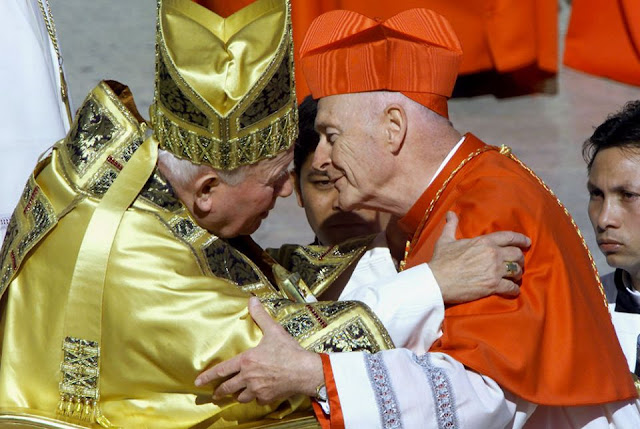 * ... HOARDING ROUND TWO: Remember when the pandemic first hit and you couldn't find toilet paper, paper towels and hand sanitizes anywhere in town? Well, get ready because we may be entering yet another period of hoarding and grocery shortages. that's the word from the nation's major grocery store companies who say there already is a shortage of kitchen staples like butter and spices because so many people are cooking home. And in the Southeast, Kroger Co. reinstated new limits on the amount of toilet paper and paper towels that customers can purchase. "We are on the cusp of the next uptick in major pandemic buying, said Dave Kauder, vice president of merchandising at New Seasons Market. The New York Times said grocers expect cleaning wipes to remain scarce and are keeping an eye for a rush of demand for new paper products. GOOD ADVICE: If shortages happen here, make sure you check Stinson's Stationers (stinsons.com) which has become a reliable place to find scarce items like bath tissue, hand sanitizer and cleaning supplies. 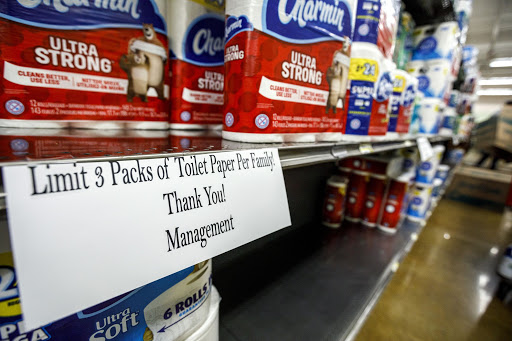 * ... SPOTTED ON TWITTER: "Sure, human touch is nice, but have you ever tried on a cable knit LL Bean cardigan?"
* ... MOVIE MIKE: Congratulations to Mike Armendariz, who has been appointed general manager of Maya Cinemas in Bakersfield. Armendariz previously managed the company Delano cinema complex and is recognized as one of the leading authorities on American cinema in California. For the past three years Armendariz has been a regular commentator on movies every Friday on The Richard Beene Show on KERN NewsTalk 96.1 FM/1180 AM. 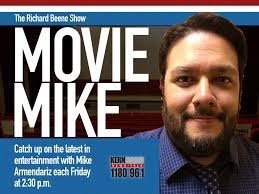 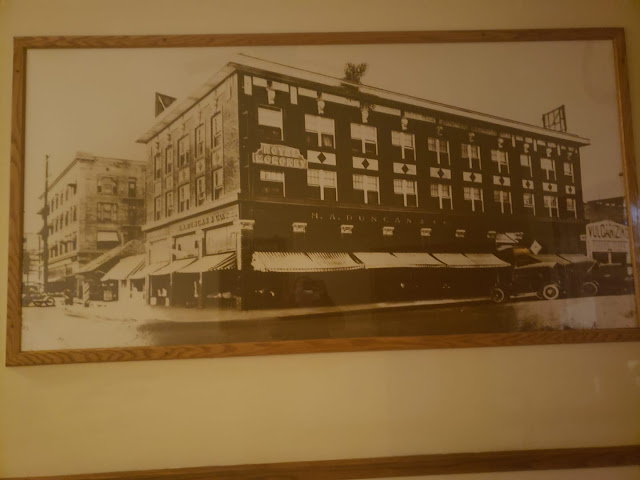 * ... MORE MEMORIES: And don't you love this old shot that was featured on the Kern County of Old Facebook page? You are looking west on 19th Street from L Street. 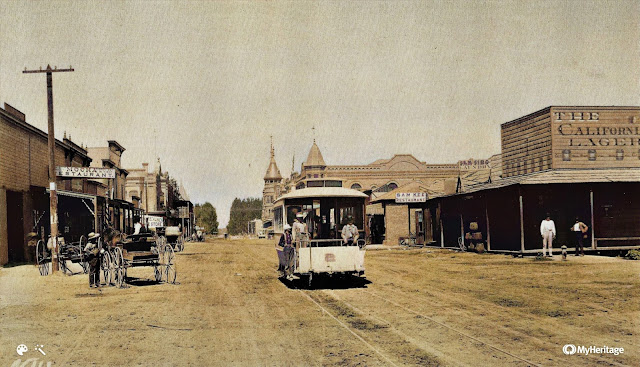 Posted by Richard Beene at 3:39 PM No comments: