Good riddance 2010 and hello 2011, and the Padre faces another hurdle

* ... NEW YEAR: By all accounts 2010 was another tough year in this prolonged Great Recession, so let's all hope the new year ushers in better times. I compiled my own list of hopes for our community for the new year. Here's a sampling:

1) Let's hope we can go a full year without a single case of child abuse or animal cruelty in our community.
2) I pray for the recovery of our real estate market and better times for  our hard working local Realtors.
3) I hope for more of a civil discourse in our nation, and that all sides - liberals and conservatives - learn to work together for the common good.
4) For all those out of work, here's hoping there are paychecks and health insurance on the horizon.
5) For all those ailing and battling sickness, both physically and emotionally, here's to a rapid recovery and good health.
6) If just a few of those come to pass, it will be a good year.

* ... PADRE: Local risk management consultant John Pryor shared with me a letter, penned on old Padre Hotel stationery, that was written to him when he was just six days old. It was written by R.L. Hendrickson, who was an insurance company "special agent" who worked with Pryor's insurance broker father. "I was six days old when he wrote this letter," Pryor wrote to Brett Miller, the Padre's new owner. "The Padre Hotel was just four years old. Bakersfield's population was about 27,000. Our family's phone number at the time was 89 - without any dial until later. The Padre's phone number wasn't listed on its letterhead. It wasn't needed. Callers simply picked up the phone and asked for the Padre Hotel. The friendly operator complied and made the connection." The original owners were Roy Cummings and Fred Widmer. The letter gave Pryor some advice about obeying his mother and father and ended with the line, "A Merry Christmas to you and the OLD people." 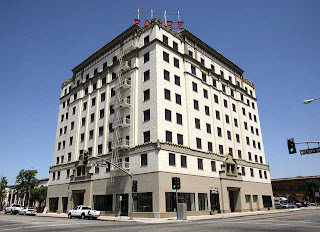 * ... MORE PADRE: Speaking of the Padre, I'm also hoping the historic hotel emerges from its latest round of worries and successfully renegotiates a $8.4 million loan to keep the old girl open. The Padre's dilemma is a metaphor for the  long-tail effect of this recession: a loan taken out two years ago by a La Jolla bank that no longer exists and now called by a new bank (OneWest) that has no ties to our community. The irony is that the Padre is doing well - sold out rooms for New Year's and cash flow positive. I work and live downtown and spend a lot of time at the Padre and know its owners well, so I am not unbiased here. But these are folks who put their own capital at risk to bring life back into downtown, and it serves absolutely no one to see this venture fail. It's in all of our interests that the Padre stays open and under its current ownership. 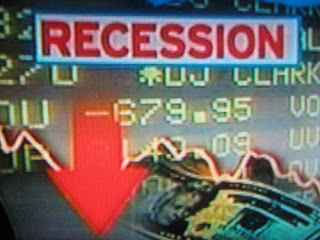 * ... MORE MIGS: Yet another person has come forward to recall, with great fondness, former East High teacher and football coach Migs Apsit. This time it was John Brock who wrote to recall when he joined the group of kids who Migs took across the country every summer. "Others will know more about him than I  but I happened to go with him on one of the trips for high school kids he organized during summer vacations. It was called the USA Tour and it essentially circumvented the U.S. over a period of about six weeks. I recall that there were about 70 kids and we traveled in two buses. We stayed in hotels, motels and camped out occasionally. It was a fantastic experience." And so it sounds.

* ... DID YOU KNOW? Some of the rumored Chinese tunnels downtown actually do still exist. During the retrofitting and renovations to the basement of the Hay Building (soon to be 1612 City Lofts) workers uncovered and then resealed tunnels leading out under Eye Street and also 19th Street.

* ... BAKERSFIELDISM: You know you're a Bakersfield old-timer if "you remember when almost every doctor in town had an office in the Haberfelde Building."
Posted by Richard Beene at 7:07 AM 3 comments:

Readers weigh in with a walk down memory lane. And a history lesson on the old Nile Theater

* ...  MIGS: I've heard from a lot of folks who remember Migs Apsit, the former East High football coach who made a positive imprint on thousands of kids' lives. Here's one response from reader Don Black: " I was one of the fortunate kids that got to go on one of Migs Apsit's (we called him, Coach) tours around the U.S.  It was in 1967 (I think) and there were three of us from Taft on that trip. Myself, my cousin Mike, and Roger Miller joined the rest of the kids from Bakersfield. Looking back, I can't believe Coach and his wife, Tiny, took a bus load of kids on such a long tour.  It was just the two of them and a bus driver to keep track of us all.  We took sleeping bags and slept on the ground about every other night.  The other nights we had motel rooms... We hit all the important spots along the Southern Coast, up the East Coast, and back through the Midwest. We got a great overview of the U.S. and Tiny would give us a history lesson on every stop. We swam at Miami Beach, had 'shoo fly pie' in Amish country, saw a show at the 'Copa' in New York, visited Williamsburg, saw Niagara Falls.... Along the way, we saw and did tons more (and a few things we weren't supposed to!).  It was a great experience.

* ... HUNGER: Make sure you remember to "vote" for Bakersfield in the Wal-Mart Foundation's Fighting Hunger contest. All you have to do is visit Facebook and "like" Bakersfield to cast your vote. The website is www.facebook.com/Walmart. Bakersfield is currently in ninth place and must finish sixth or higher to win $100,000 to fight hunger. Fresno is ranked No. 1 and the voting ends Dec. 31.

* ... FONTANA'S PIE: Gene Bonas wrote to sound off on an earlier post about the long lines outside of Fontana's Pie Shop on Niles Street. Turns out Gene graduated from Garces Memorial High School with Dorothy Fontana, daughter of the owner. "Dorothy was one of the most popular and generous kids at St. Joseph's, not only because she supplied our classes with every kind of pie Fontana's  made but because she was an excellent student and friend. It was always a treat to hang out with Chuck Dawson, who lived next door to Dorothy... There was always a gang of kids at either Dorothy's or Chuck's house... Dorothy, Chuck and I, along with other St. Joseph's and Garces alumni, keep in touch because of Mass, reunions, Garces activities and running into one another while shopping. It never fails to amaze me how small Bakersfield has remained in spite of its growth."

* ... DUSTIN'S DINER: The totals are in and this year, the Haggin Oaks hot cocoa stand named Dustin's Diner raised $12,609 for the Bakersfield Homeless Center. The diner was started more than a decade ago by Dustin Kilpatrick and his parents as a way to raise a few bucks for the needy. It's now become a staple of the Haggin Oaks holiday light show, staffed by dozens of neighborhood kids who keep the tradition alive. Dustin, meanwhile, graduated with an engineering degree from USC and is back in Bakersfield working.

* ... DID YOU KNOW? Did you know that the Nile Theater was once the Bakersfield Opera House? It's the same structure but has been radically altered over the years. It was built at the turn of the century.

* ... BAKERSFIELDISM: From Robbie Horton: You know you're a Bakersfield old timer "if you remember going to a Merle Haggard concert for free! It was outside of Young's grocery story on south Chester. The stage was built with wide boards. This was around the early 1960s."
Posted by Richard Beene at 1:52 PM No comments:

Who remembers Migs Apsit? And a newcomer gives his approval of Bakersfield

* ... GOOD IMPRESSION: Always encouraging to hear how much newcomers enjoy our community, which is why I enjoyed the email from Jeff Pickering, the new head of the Kern Community Foundation. Jeff, his wife Stephanie and their two children moved to Haggin Oaks from Florida earlier this year.  This was their first year stopping by Dustin's  Diner, the Haggin Oaks hot cocoa stand that yearly raises more than $10,000 for the Bakersfield Homeless Shelter. "As newcomers, this tradition is one of the many reasons we have come to love our new hometown of Bakersfield," he said. "Thanks to your efforts to shine a light on some of the 'bright spots' in our community." Their children are Colin, 6, and  Olivia, 5. 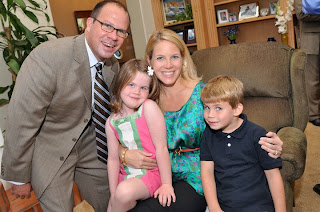 * ... NEW GIG: For you fans of Rachel Legan and her brother Dustin, longtime morning anchors on 101.5 KGFM, they have now moved over to Hot Hits 93.1, a sister station of American General Media. The "Rachel and Dustin in the Morning" show has become a community staple, featuring such hilarious takes as "Missed Connections," a laugh-out-loud gig where the hosts pull the most outlandish romantic missed connections off Craigslist and read them on the air. AGM says Tony Manes will take over mornings on KGFM. * ... WHERE'S MIGS? Reader Joe Boone dropped me a note wondering if anyone remembered a former East High teacher named Migs Apsit. "He would take a bus load of students, on summer vacation, around the U.S. The Californian would print photos of the group at well know sites, such as on the Capitol steps, Yellowstone etc. Perhaps there might be a reader who was lucky enough to participate? I almost made the trip in 1959 but at the last minute a family health issue made me and a buddy back out."

* ... MERCY GRANTS: The Friends of Mercy Foundation has given out $20,000 to local charities, another boost in the arm to so many deserving non-profits during this economic downturn. The grants came from the endowment in honor of Sister Phyllis Hughes, who was hospital president from 1982 to 1987. Among those receiving grants were BARC, Community Action Partnership of Kern, food bank; Kern Comprehensive Cancer Awareness Partnership, the Special Olympics and St. John's Missionary Baptist Church.

* ... BAKERSFIELDISM: Reader Dennis Horack says you know you're a Bakersfield old-timer if "you remember the big slide at Valley Plaza, owned by my good friend Don Carter, a former Bakersfield Californian newspaper distributor. Also, if you remember the Dove Restaurant in east Bakersfield and the House of Don restaurant on Union Avenue. Thanks for the good old days."
Posted by Richard Beene at 8:57 AM 4 comments: