* ... SNAKES: If you don't believe we are in the middle of rattlesnake season, just ask Carl Moreland. Said Moreland: "My English Pointer Tess suffered a rattlesnake bite at 7 a.m. today while walking along an auto track trail east of Morning Drive approximately half way between Panorama

Drive and Paladino Drive. Should have heeded your warning in your blog about snakes. She is now at the Animal Emergency and Urgent Care at 4300 Easton Drive. They had the anti-venom shots available and she is under their care now and she is doing well. Tess will be wearing her electronic collar on our walks for the rest of the snake season. Other dog walkers in fields may want to do the same." 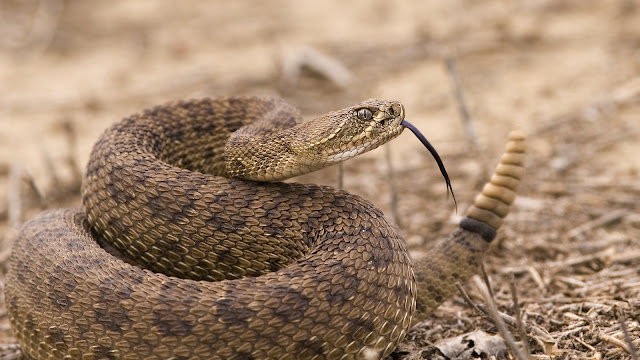 * ... OBIT: Making the rounds on social media was an obituary from Richmond, Va., which started this way: "Faced with the prospect of voting for either Donald Trump or Hillary Clinton, Mary Anne Noland of Richmond chose, instead, to pass into the eternal love of God on Sunday, May 15, 2016, at the age of 68."

* ... SPOTTED ON TWITTER: "People who make really bad decisions always think, 'I have the worst luck.'"

* ... MARIJUANA: Is this the year that California voters approve the recreational use of marijuana? That's what the polls seem to reflect, indicating that a November ballot initiative will be approved making California the latest state to end the war on cannabis. In Colorado even Gov. John Hickenlooper, who opposed the initiative in that state, now concedes it seems to be working. Said Hickenlooper: legal cannabis "is not as vexing as we thought it was going to be."

* ... FLAGS: Get ready for another majestic display over Memorial Day weekend when a thousand American flags will transform the Park at Riverwalk into a patriotic canvas. This is the third year that the Breakfast Rotary Club has sponsored this event. Flag sponsorships are still available at $50 per flag and can be ordered online at www.thousandflags.org. 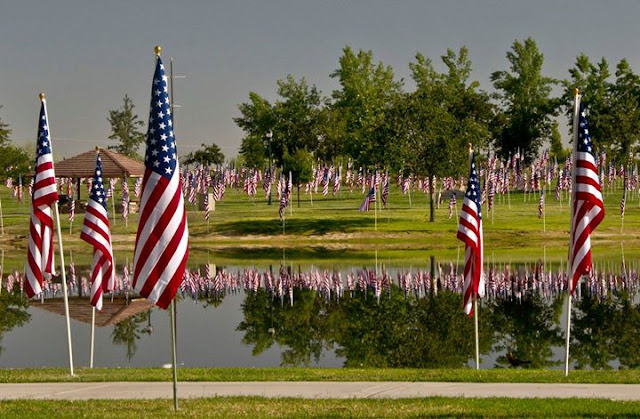 * ... ACHIEVERS: George and Agnes Plantenga of Bakersfield shared with me that they have five grandchildren graduating this month: Alysse De Jager from Fresno State, Nathan De Jager from Bakersfield Christian High, George Plantenga from Los Osos High in Alta Loma, Hannah Fluegel of Central Valley Christian High in Visalia and Joshua Plantenga from Vineyard Junior High, also in Alta Loma. Sounds like the Plantengas have plenty of travel this month.

Posted by Richard Beene at 11:53 AM No comments:

Fracking - hydraulic fracturing - now accounts for 67 percent of the natural gas produced in the United States, and John Nilon's appointment a potential benefit to CSUB

* ... FRACKING: Some important news on the fracking front. It turns out that more natural gas is being generated by hydraulically fractured wells today than even before, according to the U.S. Energy Information Administration. Fully 67 percent of the natural gas in the united States came from fractured wells in 2015, compared to just 7 percent in the year 2000. "The boom led to the U.S. becoming the world's largest producer of oil and flooded the market with natural gas, driving down prices," said a story by Climate Central. "That encouraged utilities to build more electric power plants that run on natural gas instead of coal." 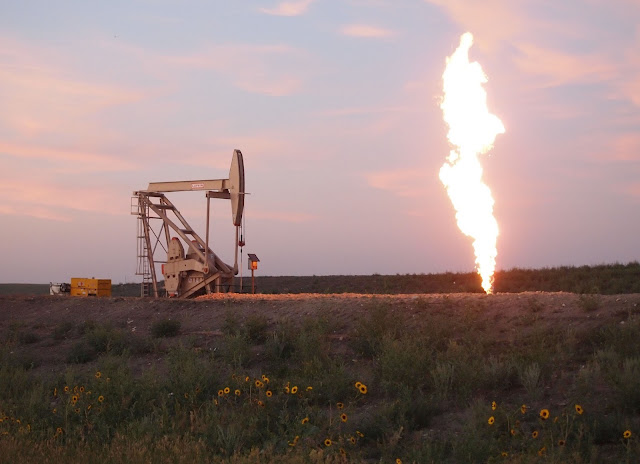 * ... NILON: Lost in the shuffle of activity at Cal State Bakersfield was the recent announcement that alumnus John Nilon has been selected to serve on the California State University Board of Trustees. This is an important move for our local campus since Nilon becomes the first trustee ever from Bakersfield and the first from the Central Valley in more than two decades. His two-year appointment as Alumni Trustee begins in July. Nilon currently serves as County Administrative Officer and was admitted into the CSUB Alumni Hall of Fame in 2014. 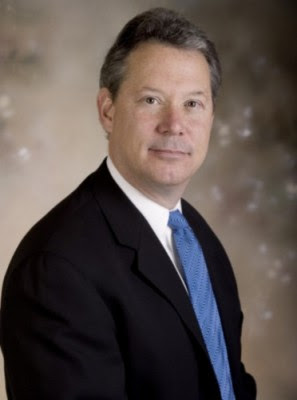 * ... SNAKES: If you are a gardener, hiker or someone who just enjoys being outdoors this time of year, be aware that we are entering prime snake season. Bikers are spotting them on the bike path and dirt roads, and several have been spotted in Hart Park during the past week alone. 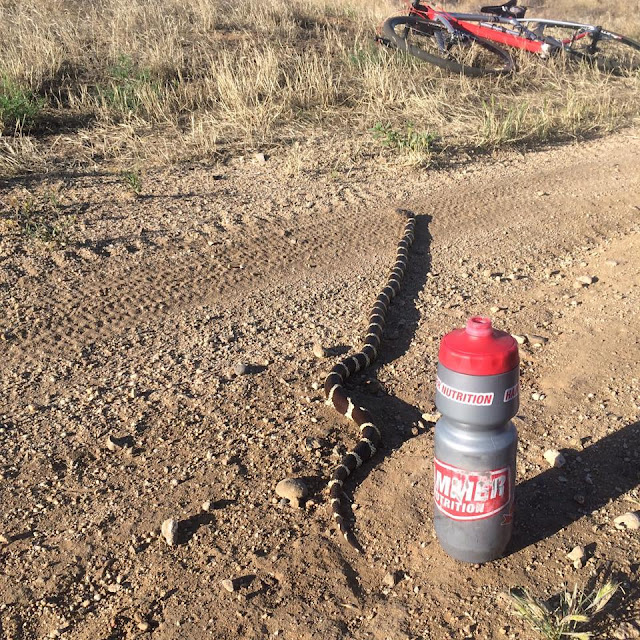 * ... SPOTTED ON TWITTER: "I’m not saying I’m psychic, but I’m positive I will have no interest in what you’re about to say."

* ... MORE TWITTER: "The best thing about Monday is it only comes once a week."

* ... VALLEY FEVER: Debra Lattimore shared this story on how valley fever affected her life. "Years ago my husband was working at Elk Hills and came home one day and said, 'you just wait, I will get valley fever.' Just months later we had him tested. He got it. They are tearing up the road now I wonder has many souls driving through the construction and boys working the site will develop symptoms. Just a thought."

* ... GOOD FORM: And there was this from Patty Orsburn: "Thought I'd send this note about getting blessed on Mother's Day. My daughter, Amber Webster, a single mom, went to our Starbucks in Tehachapi to get us a Mother's Day treat. When she got to the window to pay the barista told her that a few customers up gave them a hundred dollar bill and to pay for all following cars until it's gone. It completely made my Mother's Day as it was very kind but more so because it blessed my daughter so much! Thank you very much whoever you are!"

Posted by Richard Beene at 11:13 AM No comments:

A new take on transgender access to bathrooms, a Christian men's group holds a fund raiser and a shout out to mocha ice cream at Jin Sushi restaurant

* ...  TRANSGENDER: There are fewer hotter topics of discussion than the issue of transgender access to public restrooms. So it didn't take long for some folks to figure out a way to game the

system. As reported in the Style section of the Sunday New York Times, a woman was waiting to use the women's restroom in Brooklyn when a man walked out of it. "Excuse me sir?" she said, a bit annoyed. His retort: "I am transitioning."

* ... INFLUENCERS: Hats off to a Christian men's group which put on a huge sporting clays fund raiser out at the Kern County Gun Club this weekend. The organization, called Influencers (Influencing Men to Christ) drew some 220 shooters to raise money for the group's ministry. The organization uses the money to fund scholarships, workshops and other projects. 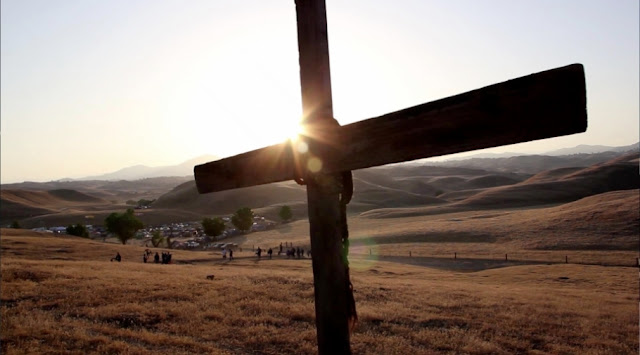 * ... SPOTTED ON TWITTER: "I feel like there’s something missing in my life and I don’t know if it’s a person, a puppy, or just a burrito."

* ... FOODIE: My food pick of the week goes to Jin Sushi restaurant and its fabulous mochi ice cream (pounded sticky rice cake - mochi - formed around an ice cream filling.) This is a perfect summer dessert, light and tasty, served at the restaurant's 19th Street location. 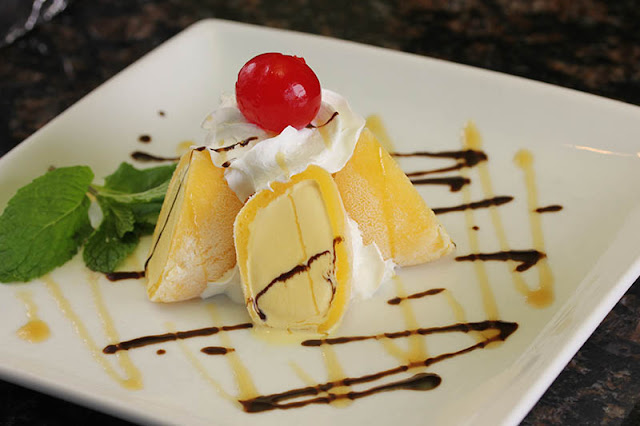 * ... GOOD FORM: Carolyn Mack provided this shoutout to the BHS Driller nation: "A BHS Drillers football player greeted me with a cold bottle of water as I crossed the finish line (dead last) at the 6th annual 'Carter's Walk for CURED' 5K run/walk yesterday. He and the other volunteer Drillers couldn't have been any more helpful or friendly as they spent their Saturday morning at this worthy fundraiser for research on eosinophilic disease (simply stated, the inability to eat). My Driller pride came rushing back, much faster than my pace in reaching the finish line. Drillers forever!"

* ... BAD FORM: Just when you think you have seen everything, you receive a note like this: "Yesterday, my husband and I were at the Harbor Freight on Rosedale when two young men in their 20s pulled into the parking lot drinking beer. As we were entering the store, an older, disabled man we presumed to be homeless also entered. As we were returning to our car, the young men were unloading a cart of cans/bottles into the trunk of their car. My husband returned to the store to ask the older man if he had left a grocery cart outside the entrance. He went running out of the store leaving the work gloves he was in line to purchase on the counter.  He approached the men who were now in their car with the windows up and tried to shame them about robbing a disabled, homeless person.  I was able to take a picture of their car as they drove off. They were driving a small, four-door silver Chevrolet with a dent. My husband gave the man money, but it just makes you sad to think about how low some people are willing to go. "

* ... MORE GOOD FORM: And finally this bit of good news from Donna Richaud:"The Saturday evening before Mothers Day a group of us were dining at Famous Dave's after attending Mass.  When the check came we learned that a gentleman sitting at a table near us had paid part of our dinners. There were ten of us! Thanking him for a wonderful prologue to Mother's Day."

Posted by Richard Beene at 1:53 PM No comments:

House Majority Leader Kevin McCarthy gives us his weekly view from Capitol Hill. In his words:

"Addiction tears families apart, uproots communities, and deprives people of the basic freedom to live the lives they want. And opioid addiction is only getting worse in this country. The most recent

"Simply put, we cannot afford to ignore this problem any longer. We need to do something about it. This is why I am working to help solve this problem at the federal, state, and local levels.

"At the federal level, Congress is taking action -- we’re finding solutions in a bipartisan manner that will make a difference immediately.

"This week, the House passed 18 bills this week to promote ways to fight, treat, and prevent opioid addiction. One the bills passed included my latest legislation, the Comprehensive Opioid Abuse Reduction Act, better known as the OPEN Act. This bill will improve data sharing across agencies to better improve opioid treatment programs. My legislation will require the Attorney General and HHS Secretary to collect and publicly share various treatment outcome metrics. By increasing access to this data, healthcare officials, researchers, and engaged citizens will have an opportunity to strengthen treatment and prevention programs.
At the local level we’re also promoting viable solutions.
"Last month, I joined Assemblywoman Shannon Grove at Walgreens on Hageman to help promote their new drug disposal kiosks. These kiosks will serve our communities a safe and convenient way for people to dispose of their unused and/or expired prescriptions at no cost. This simple, and easy method will help rid our homes of these drugs and curb the misuse of medications. I’m pleased to report Bakersfield is home to one of the nations first kiosks as Walgreens intends to install these units at more than 500 locations this year.
"There is no quick cure to this problem, but we can and must do more to stop the tide of this epidemic so the American people can live freer and happier lives.


Posted by Richard Beene at 1:19 PM No comments: