Hottest cars and trucks: Prius, Subaru sell nationally while we cling to our trucks

I spotted a list in the Wall Street Journal today about the hottest selling cars in the country (based on days on the lot in December) and wondered where we stand. So I checked our research department and no surprise here: six of the top 10 selling vehicles in B-town are pickups (Chevy and Ford lead the pack. In contrast, nationally six of the top ten can be considered compacts or subcompacts) What was surprising was that nine of the top 10 hottest vehicles in the country did not make the local list (only the Honda Civic did). Locally, the only model to actually sell more vehicles in November versus the previous year was the Toyota Corolla. Trucks took the biggest plunge, starting with the Chevy Tahoe SUV (down 82 percent!) and followed by the Toyota Tundra (down 50 percent) and Toyota Tacoma (down 48 percent). Here's the list, starting with Bako's top 10 and in parenthesis the nation's hottest vehicles:

Clearly our service-based economy and oil explains a lot of the demand for full-size trucks, but what about the rest of us?
Posted by Richard Beene at 1:19 PM No comments:

Got a nice note from Wendy Wayne, the former First Five chairwoman who's waging a knock-down battle with non-Hodgkins lymphoma. Wendy is spending the week at Cedars Sinai in Los Angeles for four straight days of chemotherapy. Each session is 12 hours long, enough to turn anyone sour, but this is Wendy. She emailed me after Day One typically upbeat, saying "... it has been a very pleasant experience, thus far. A bit surreal. Taking each day as it comes." The real reason for her email was not to update me on the chemo, but to put in a plug for a young college grad who's looking for work. That's so Wendy, working the network for others even as she has her own worries. Send your thoughts southward to Wendy and her family.
Posted by Richard Beene at 8:54 AM No comments:

Sometimes it hard to see the light when you're so far down in the salt mine, but Watson-Touchstone president Ken Carter says there is good news in local home sales. "There are more deals at lower prices, and that's not a bad thing," Carter told me. Consider: Watson's Realtors sold 241 homes in December compared to 151 the previous year, but the price dropped from an average of $254,000 to $191,000. For 2008, the average price was $226,000, down from $300,000 in 2007. But for folks like Carter, that's terrific news because houses are selling, rates are low and we're working through all that excess inventory. "We're burning through inventory," he said. "I wish you guys would report that! This is good news." We'll take the good news when it comes.
Posted by Richard Beene at 3:24 PM No comments:

Bluecoats from a red county head to Washington 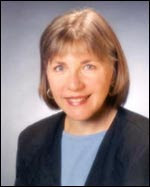 There isn't a more excited group in town than the handful of Kern County Democrats headed to Washington for next week's inauguration. It's hard being a Democrat is such a red county, but these folks have persevered and lived to seen the dream realized-not to mention find seats and a place to stay in D.C. Supervisor Michael Rubio and wife Dora are going, as are City Councilwoman Sue Benham and husband Herb Benham, the Californian columnist. Also headed east are educator Bernita Jenkins, Tiara Cox and Karen Gaul, just to name a few. Meanwhile back home the local Sean Hannity-wanna-be talk show hosts do their best to rain on the nation's hopes. Is it asking too much to wish this new president - or any president - well?
Posted by Richard Beene at 5:05 PM No comments:

Of pitbulls, charlatans and fields of dreams 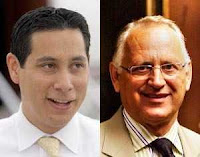 What is it they say about the more things change the more they stay the same? That's what it seemed like when today's Bakersfield Californian hit on three recurring themes: a pitbull that attacked a 12-year-old girl is saved (should we be proud that pitbull attack stories are the staple of our news on any given day?), the disgraced real estate broker Carl Cole wants his license back, and once again the city is considering building a multi-million-dollar baseball stadium to save a minor league team that struggles to draw more than a few hundred paid fans a night, and all at a time when we have no money to pave roads or build new ones, improve infrastructure or put more cops on the street. It seems like we all deserve better than this.
Posted by Richard Beene at 8:16 AM 1 comment:

Boxee: Freedom from the tyranny of cable?

If you haven't heard of Boxee yet, chances are you will soon. Boxee is a startup company funded by some high powered venture capitalists that promises to strike at the heart of the cable business model. (See the video on Fred Wilson's blog) How? It would allow consumers to bypass the cable company by using the broadband to turn the TV into a true social media center, meaning all of your music on your home network, anything off the internet (Comedy Central, Netflix etc) can be accessed and shown on your TV using the cable broadband. I spent a long (and I mean LONG) morning recently at the Bright House office off Buck Owens Blvd. exchanging faulty equipment. A morning like that makes Boxee seem very attractive.
Posted by Richard Beene at 4:05 PM 3 comments:

Email ThisBlogThis!Share to TwitterShare to FacebookShare to Pinterest
Labels: Boxee

The publisher's long road to donating a kidney

Ginger Moorhouse, publisher of The Californian, is blogging about her decision to donate a kidney to her husband, John Moorhouse. Up to this point Ginger's decision has been a private one, but she decided to go public in the hope it would inspire others to do the same. It's an inspiring and compelling story and it will lead to the procedure at UCLA Medical Center some time in the near future. Ginger's blog is hosted on bakersfield.com and it is titled the "Kidney Chronicles." UCLA is perhaps the top facility in the country for kidney transplants and they are thorough beyond belief. (Ginger is my boss at The Californian)
Posted by Richard Beene at 11:54 AM No comments:

Lisa Green: our next District Attorney?

Saw Jeff Green at the gym today. Jeff, general counsel at Grimmway Farms and husband of deputy district attorney Lisa Green, is hard not to love. He moves from one obsession to the other with such enthusiasm that it's infectious. So here he was toiling away on the stairmaster, carrying a 30-pound rucksack and sweating like a roofer in South Georgia preparing for a June hike up Mount Shasta. And he made it clear - once again - that wife Lisa is definitely running for District Attorney despite DA Ed Jagels' hints that he just might stay on past 2010. She's making the calls, preparing to raise money, speaking and doing everything to line up support, Jeff says. I have no reason not to believe him.
Posted by Richard Beene at 10:18 AM 3 comments: