Some wise thoughts as our nation struggles to understand the election, the Padre Hotel rolls out an extended Happy Hour and here come the kids home for Thanksgiving

* ... ELECTION: There have been some terrific essays about the election of Donald Trump and the vitriol and reactions that have swept the nation since. One of the best, in my view, was penned by Charles Einstein, who summed it up this way: "We are entering a time of great uncertainty.

Institutions so enduring as to seem identical to reality itself may lose their legitimacy and dissolve. It may seem that the world is falling apart... For many, that process started on election night, when Trump’s victory provoked incredulity, shock, even vertigo. 'I can’t believe this is happening!' At such moments, it is a normal response to find someone to blame, as if identifying fault could restore the lost normality, and to lash out in anger. Hate and blame are convenient ways of making meaning out of a bewildering situation. Anyone who disputes the blame narrative may receive more hostility than the opponents themselves, as in wartime when pacifists are more reviled than the enemy." It is well worth your read. Google his name and enjoy.

* ... SPOTTED ON TWITTER: "Call your dad now and ask him what the wifi password is so he has time to find the little paper it's written on before Thanksgiving."

* ... HAPPY HOUR: The Padre Hotel downtown has extended its happy hour and is now offering half price deals on wine and other specials on beer and mixed drinks. The happy hour now runs from 2 p..m. to 7 p.m. Monday through Friday. 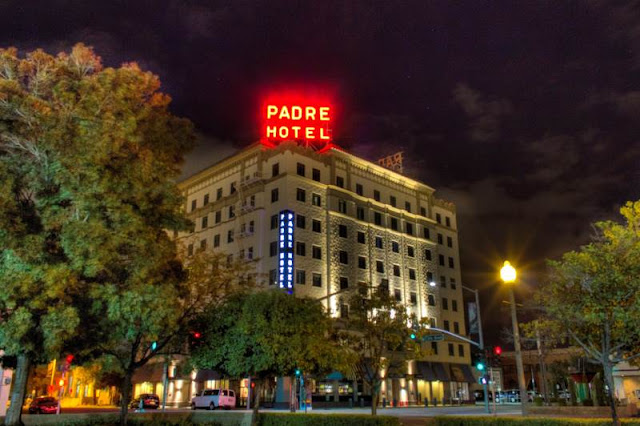 * ... THANKSGIVING: This is my favorite time of year, and one reason is the flood of young people who will come home to reconnect with family and friends over Thanksgiving. Expect to see these college kids (or recent graduates) at all their familiar haunts: Luigi's, Pyrenees, Woolgrower's, Noriega Hotel, Uricchio's Trattoria and Cafe Med, just to name a few. 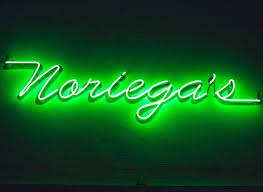 * ... GOOD FORM: Here's a tidbit that will make you feel good about our local Boy Scouts, compliments of Ron Lommen: "A follow up on the veteran’s day parade. For the last three years, the Boy Scout Troop 188 out of east Bakersfield meets at the American Legion at 6 am on veteran’s day to help serve breakfast to the veterans.  We than stay until the parade is complete, and sweep the trash from the sidewalks and business fronts along the entire route, we are the unsung final group to walk
the parade route.  The Boy Scouts spend their entire day off from school donating their time to the veterans and the city. Just letting folks know that a there are good kids out there trying to help
keep the city clean and support our veterans without any fanfare."

* ... TRASH: And speaking of trash, Bob Moses passed this along: "I was at Riverwalk last Sunday and the park was spotless even though the Brews and Bacon event took place the day before. I complimented the park worker about the cleanliness and he said BARC had cleaned it. Let's have them out after all the parades, it will be good for everyone."

* ... MEA CULPA: Ellen Cypher was among a dozen folks who wrote (some more politely than others) about an error I made in explaining the "safety pin" campaign. In her words: "I feel compelled to correct your misconception that wearing a safety pin is 'a show of solidarity against our president elect.'  In fact, it is an anti-hate message. It lets others know you are a safe person to talk to or sit next to--that you won't attack them or discriminate against them. Even Trump supporters can wear a safety pin if they do not subscribe to the rhetoric of xenophobia."
Posted by Richard Beene at 11:55 AM No comments:

A tale of two cities: celebrating the success of the first Bakersfield Marathon and lamenting the trash left behind after the annual Veterans Day parade

* ... MARATHON: Kudos to the organizers of the first Bakersfield Marathon that succeeded on levels far beyond the athletic endeavor for almost 2,000 participants. From elite runners to folks

doing their first 5K, this was an all inclusive event that filled our streets with good cheer on a near perfect November morning. Across town, from the southwest to Panorama Drive, neighbors met on the street, coffee mugs in hand and dogs in tow, to watch the runners pass. When was the last time an event like this brought so many of us together? 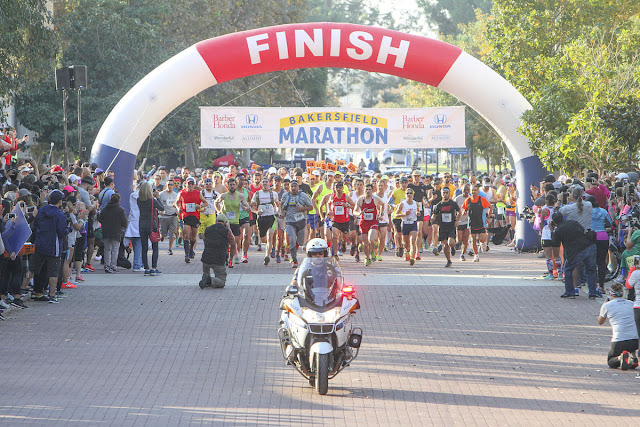 * ... VETERANS DAY: I wish the same could be said for the annual Veterans Day parade, but shame on those parade goers who thought it was okay to leave their cups, soiled napkins and fast food wrappers along the parade route. Here's a thought: next year let's hire folks (the homeless?) to walk the route with empty trash bags to encourage people not to litter.

* ... TRUMP: If you start noticing people wearing safety pins on their shirts or blouses, there is a reason. The idea: people who have felt insulted or maligned by Donald Trump are being urged to wear a safety pin as a show of solidarity against our president elect. 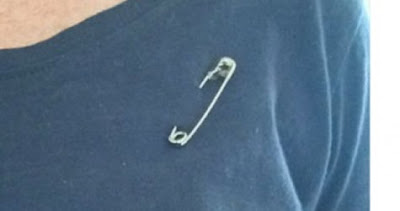 * ... NEXT GENERATION: When I moved to Bakersfield more than two decades ago the community leaders included people like Jim Burke, Ray Dezember, Wendy Wayne, John Petrini and Eric Matlock, all tremendous people who have since died. I was thinking of them recently when a group of Bakersfield's "next generation of community leaders" gathered for dinner to support Bakersfield Memorial Hospital Foundation’s Miracle Society. These young philanthropists include Lindsay and Nick Ashley, Gianna and Ken Beurmann, Stacie and Clayton Campbell, Antone Chicca, Jen and Dan Clifford,  Lauren and Jeremy Helper, Elizabeth and Jeff Holz, Jill and Morgan Houchin, Jen and Dawson Li, Nicole and Jacob Panero, Lara and Michael Riccomini, Anna and Austin Smith, Victoria and John Trichell, Jennie and Beau Woodward and Briana and Dominic Zaninovich. Miracle Society donations this year enabled the purchase of a motorized gurney to transport patients who arrive at Memorial Hospital via air ambulance.

* ... HARBOR FREIGHT: When did the Walgreen's on White Lane become Harbor Freight tools?

* ... GOOD FORM: And finally there was this note from Mark Schaefer: "As a proud father of a student and husband of a teacher there, I have to say the annual Veterans Day celebration at Veterans Elementary School in the Norris School District was another wonderful event. Since opening in 2006, they have stayed true to the school's name during the week of Veterans Day. Monday night was another packed event with thank you letters to veterans written and read by students, patriotic singing, a guest speaker, and a flag planting ceremony by all the families in attendance. Nearly 1,000 attended this celebration, and made me proud of our school and community yet again! I can't wait to do it again next year."

Posted by Richard Beene at 2:08 PM No comments: