Layoffs at The Bakersfield Californian as a sale looms, more details on the Hard Rock Hotel and Casino and is the "homeless" crisis really all about drug addiction and mental illness?

County, but we are all going to have to show some patience. Scott Nielson, manager for the project, appeared on The Richard Beene Show to talk about the scope of the project and when we can expect to see in completed. Nielson said clearing the environmental hurdles will take at least 18 month and construction another two years. Eventually, it will provide 2,000 jobs when the 400-room hotel is built, complemented by a dozen restaurants and bars and a concert venue. The Hard Rock empire is owned by the Seminole Indian tribe in Florida, and currently has worldwide revenues in the $4 billion range.

* ... TBC SALE: Only the most ill informed thought the sale of the family owned Bakersfield Californian would turn out to be a good thing. And with each passing day, that truth is born out as we head to June 30, the day the sale will close. This week, the new owners met individually with staffers to tell them their fate. It was a scene not unlike the 1982 movie Sophie's Choice, where a young Meryl Streep wept as the Nazis forced her to choose which of her two children would live, or die. One who didn't make the cut was executive editor Jim Lawitz, a highly unpopular fellow who won't be missed. Thankfully, senior editor Bob Price and columnist Herb Benham did survive, as did graphics editor Glenn Hammett, one of the most valuable (and popular) members of the staff. Losing their jobs were copy editors Ron Stapp, Tim Heinrichs and Dennis Wynne, graphic designer Kent Kuehl and sales rep Lisa Lee. The entire pressroom and mailroom staff are also being laid off as the paper gets ready to move its printing operations to Palmdale. 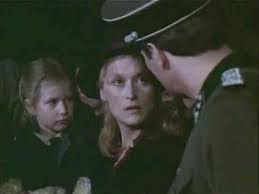 * ... SPOTTED DOWNTOWN: In full view of customers going to a leaving three of downtown's best restaurants - Uricchio's Trattoria, The 18Hundred and Mamma Mia - a vagrant is spotted with his pants down defecating on the street. Remember: we do not have a homeless crisis. We have a drug addiction and mental health crisis disguise as a homeless crisis. 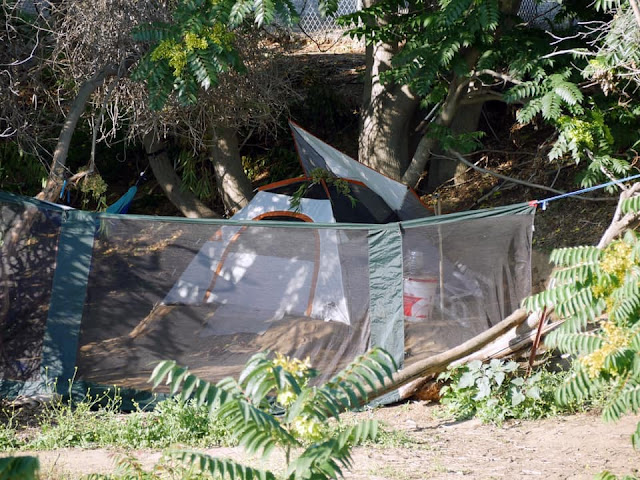 * ... ZARDES: How fun was it to watch Gyasi Zardes, a player for the U.S. national team, score a head goal in the game against Guyana in the 2019 Gold Cup soccer tournament. Zardes, with his signature blond mohawk, took a header and scored to help the Americans to a 3-0 win. Zardes was a standout with the CSUB soccer team. He graduated in 2012. 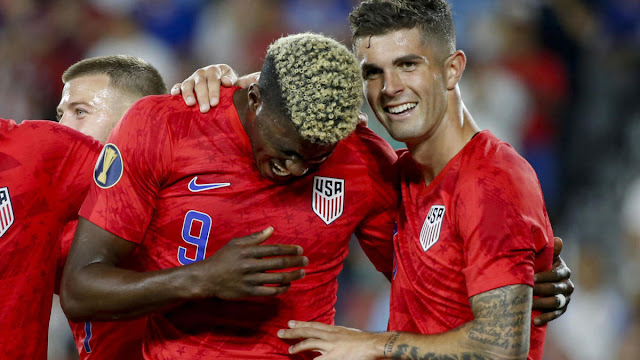 * ... GRIMMWAY FARMS: Did you know that every carrot sold at Costco, anywhere in the world, is a Grimmway Farms carrot? That's right, the Bakersfield-based carrot company is the exclusive supplier of carrots to Costco's no matter where they are located. Under the leadership of CEO Jeff Huckaby, Grimmway just recently closed on the purchase of an organic food company in south Georgia, near Valdosta, which will allow the company to produce organic carrots and other vegetables to Publix and other Southern-based supermarkets. 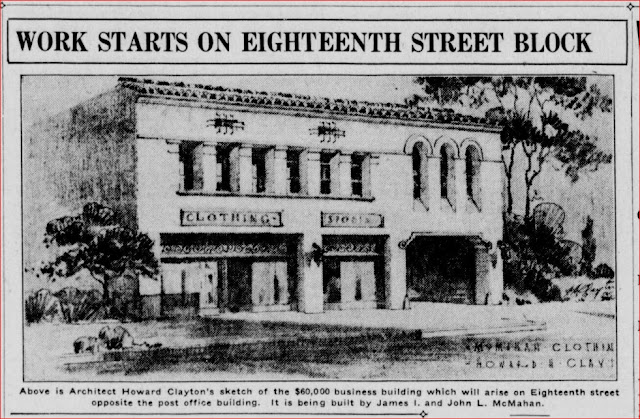 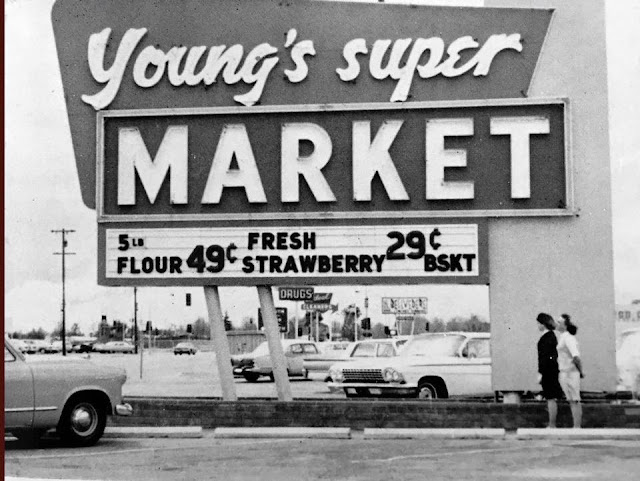 Posted by Richard Beene at 9:07 AM No comments:

* ... HOMELESS: Does it strike you as odd that homelessness is never even mentioned among the

top candidates running for president in 2020? On the Democratic side, they talks about raising the minimum wage, universal (and free) healthcare, guaranteed housing for all Americans, reparations, open borders, dismantling ICE, capping credit card rates and forgiving student loans. All worthy aspirations I suppose, but what about the homeless scourge sweeping the nation? Not a peep, and it is happening all over. Meanwhile, just check out some of these photos of what is happening right here in our community. 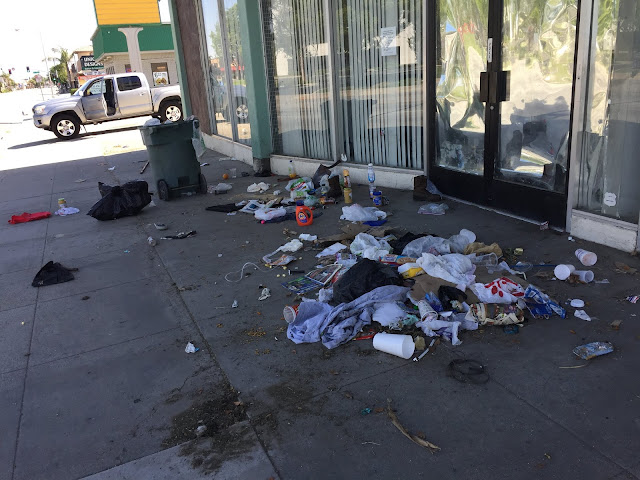 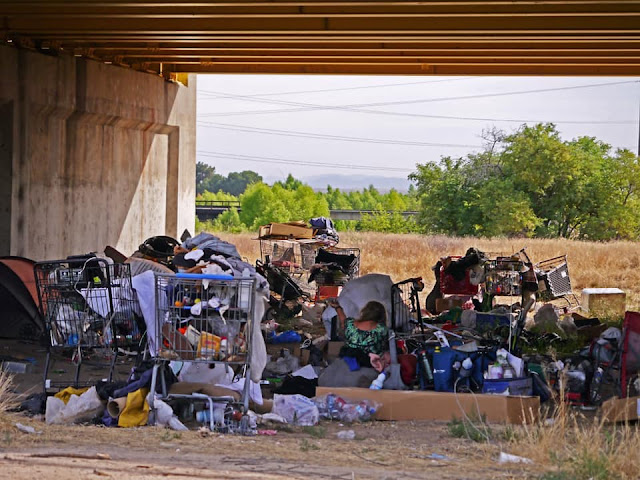 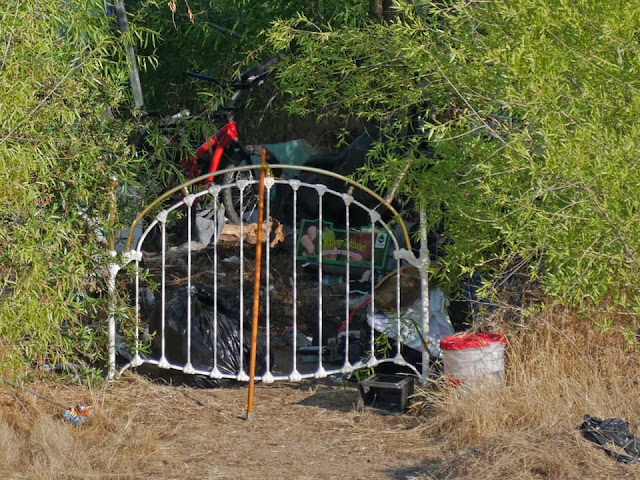 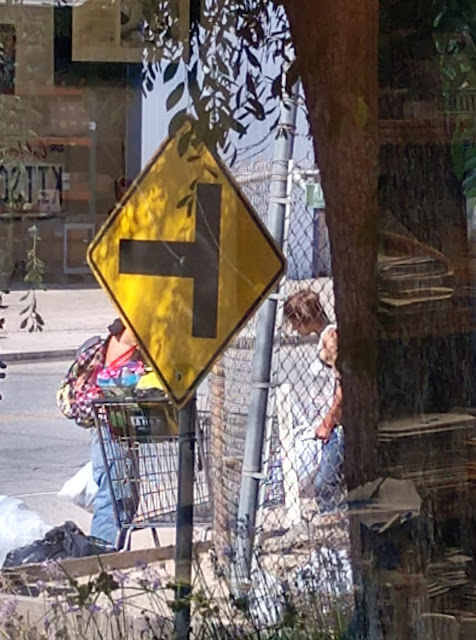 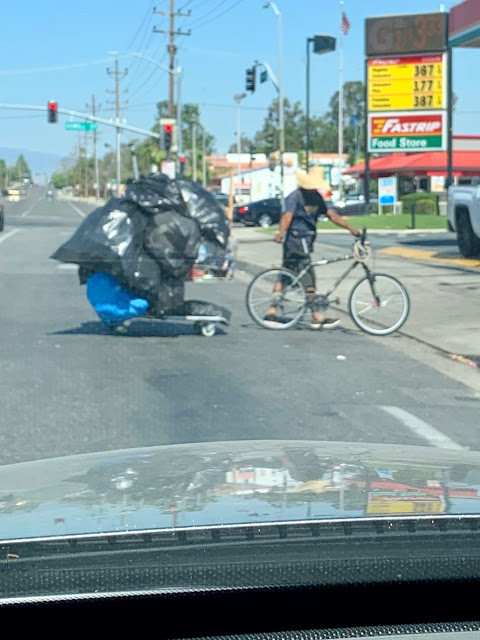 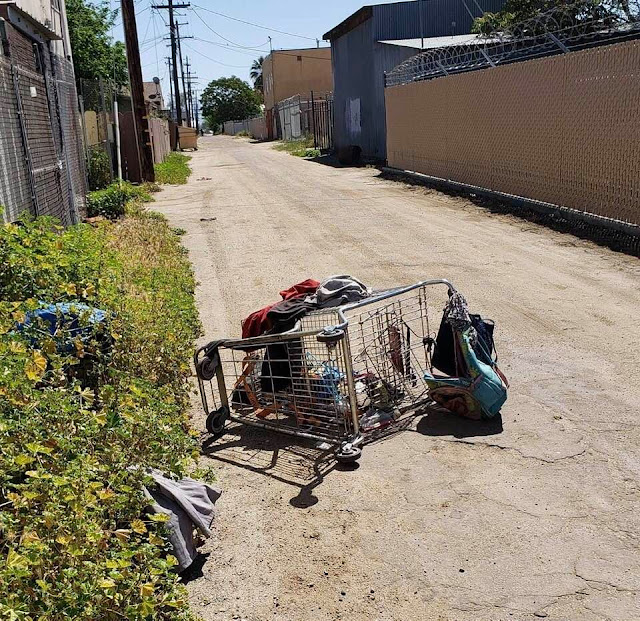 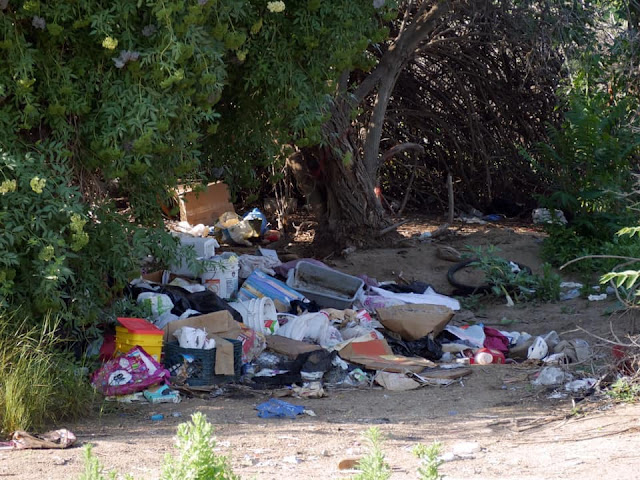 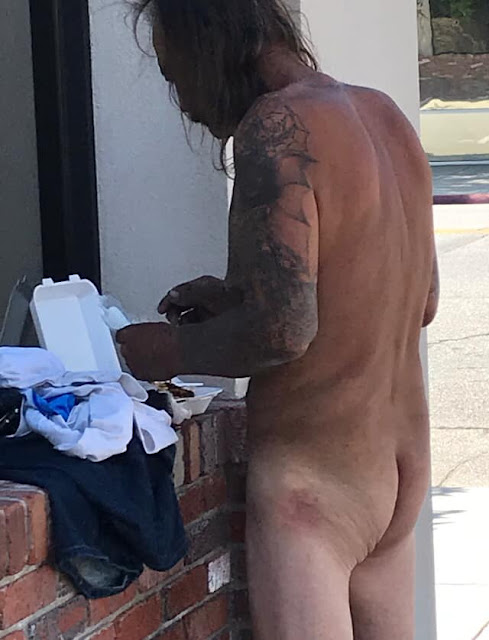 * ... SPOTTED ON TWITTER: "My husband would take a bullet for me. But he would also criticize my driving on the way to the hospital."

* ... TBC SALE: The folks over at The Bakersfield Californian are a nervous bunch these days as they wait for the sale of the family-owned newspaper to take effect at the end of this month. Will they stay in the building on Pegasus after the sale (the family retained ownership of the building)? Where will the paper be printed? Will the new owners cut the number of days the paper is printed? Will the new owners hike the subscription rates and go more digital? Will the employees be forced to reapply for their jobs? Already the new owners have told employees they will cash our their accrued vacation pay (sorry, no money for accrued sick pay) and they have pledged to find a local CEO. Stay tuned because big changes are coming.

* ... MONSIGNOR CRAIG: The accusations of sexual abuse against Monsignor Craig Harrison have become part of a nationwide campaign to discredit and hold the Catholic Church responsible for its actions. The anti-Harrison campaign has turned virulent, hijacked by anti-church militant groups hellbent on exposing church corruption. Consider, for example, this online video making the rounds and collecting literally thousands of views. Harrison, meanwhile, continues to push back and proclaim his innocence, and has returned to Bakersfield and is making limited public appearances. Stay tuned. 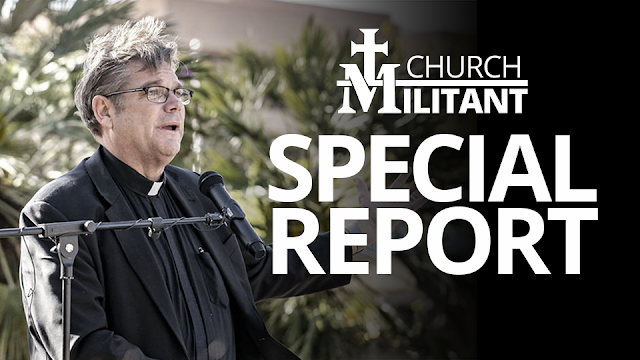 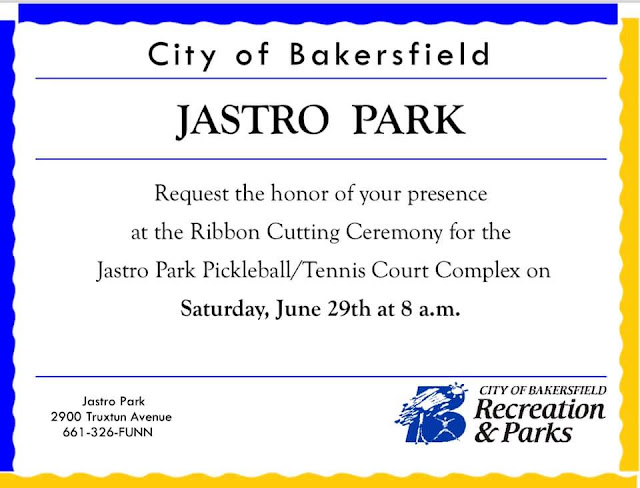 * ... MEMORIES: Enjoy these photos from our local history Facebook pages. 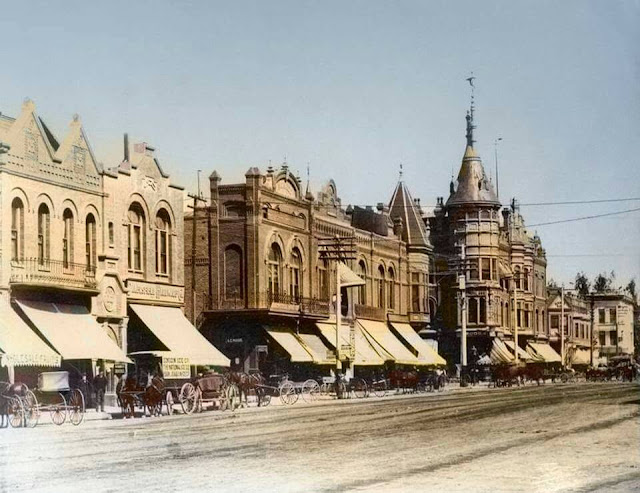 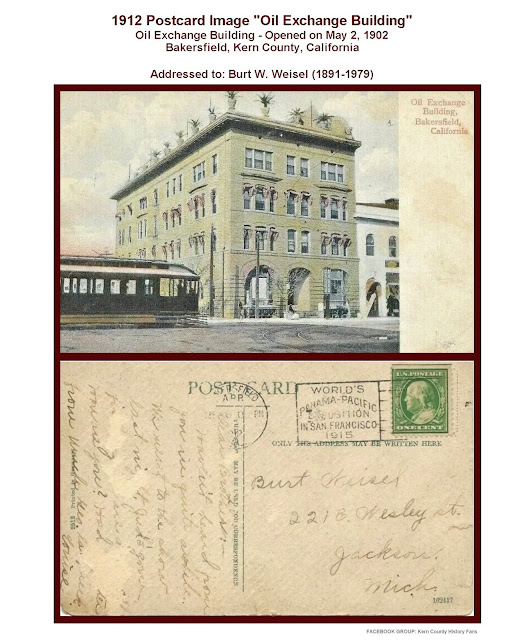 Posted by Richard Beene at 12:46 PM No comments: