Marvin and Nadene Steinert are honored by the Kern Community Foundation with the Spirit of Philanthrophy award, and what is the etiquette about bringing pizza on a small airplane

* ... LITTER: Carol Knapp is so fed up with litter that she tried to track down the person who dumped a pile of papers in the Big Lots parking lot. Among the trash was a student's paper from Longfellow School, so Carol tried - unsuccessfully - to contact Principal Mario Castro to reach the offending parent.  "I feel if parents are slobs then their children will be the same. Schools need to teach the children as early as the first grade that littering is wrong."

* ... STEINERTS: Hats off to the Kern Community Foundation which recently recognized Marvin and Nadene Steinert with the group's "Spirit of Philanthropy" Award. The Steinerts are among our community's most generous benefactors, and they recently celebrated their 70th wedding anniversary. The event was held at the Bakersfield Museum of Art. (file photo of the Steinerts) 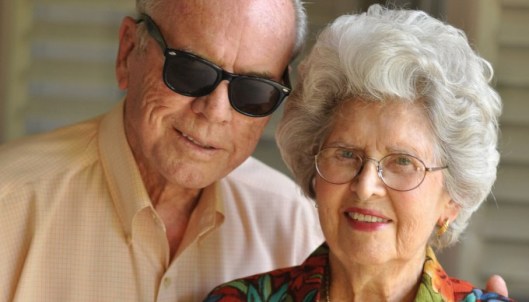 * ... PADRE: One of the social events of the year was held last weekend at The Padre Hotel, where Imbide Wine and Spirits partnered with the Bakersfield North Rotary Foundation to raise money for charities. There were more than 20 winemakers present and I am told it was a "who's who" of Bakersfield who showed up to support the event. Hats off to Tami and David Dobbs over at Imbibe for helping make this event a success.

* ... ROAD TRIP: Notes from a road trip I took recently. The Phoenix to Bakersfield U.S. Airways flight is always a spectacle (you almost always run into someone you know), but these days it is full of oil field contractors headed to Kern County for work. As one Canadian contractor told me this week: "I feel like Bakersfield is my second home I am here so much."

* ... PIZZA, REALLY? And speaking of airline travel, is it really necessary to bring an entire, freshly cooked pizza on the plane with you? What is the etiquette about sitting down in a cramped plane and gobbling down an entire pizza while the aroma fills the plane?

* ... PRESS: Expect to see a major story on Bakersfield and our economy soon in the The Wall Street Journal. The paper is sending one of its veteran San Francisco-based reporters to Bakersfield to report on our oil boom and local economy.  Be looking for this piece in the weeks to come.

* ... SERVICE: You can add the Kleenerz laundry to the list of local companies that go out of their way to provide terrific customer service. Hard to beat the smiles and efficiency at the company's Brundage Lane office.

* ... TURKEYS: Hats off to the students and staff at Independence High School who are joining forces with Living Grace Church to provide turkeys and non-perishable food items for the needy this Saturday. Donations will be accepted from 10 a.m. to noon in the high school parking lot to benefit a local ministry, the Flood, and Independence families. Call (661) 428-7265 for details.

Veteran's Day and remembering those who are needy among us... and of course another lament about our trash

* ... VETERANS: Joseph Covington, a Navy veteran, dropped this heartfelt note to mark the passage of Veteran's Day. While at California Pizza Kitchen with a friend, he was "surprised to discover that they had a special offer of a free pizza to veterans that visited them on Veterans Day. Unlike the many of us Vietnam veterans that were spat on, and cursed at when we returned home, the little thank you and acknowledgement was delightful. To add to this surprise, there were two ladies next to us that helped contribute to our bill. I didn’t know about it until after they left, and thought this would be a way to communicate my gratitude if this gets printed... As an American, I would like to thank the great people who acknowledge the efforts of those who have served to give the freedoms we enjoy. Personally, I do not feel like a hero, or anyone special. The truly great sacrifices were the service men and women that paid the ultimate price of giving their life, and those who have been wounded defending the honor they fight for."

* ... MORE VETS: One more feel good story for the morning. Gary Schneider wrote to tell me about his son, Lt. Lincoln Schneider, who has been named Officer Recruiter of the Year for the East coast of the U.S. Navy. He graduated from Stockdale High School in 1999 and earned a full scholarship to Tulane University. He later earned his law degree and is working on his master's in hospital administration at the University of Florida. He is based in Jacksonville. Here's to the Stockdale kid to headed to Tulane, then Florida and then to the U.S. Navy.

* ... SENIORS: I had the chance the other day to hear a presentation by Sandy Morris, the Bakersfield Police Department employee who runs the Christmas for Seniors program. This is a highly worthwhile program, and her stories about the humility of our elderly struck a chord with the audience. If you'd like to help, or donate items as simple as two-ply toilet paper, blank note cards or soap and deodorant, call Sandy at (661) 703-8893.


* .... RELIGION: From reader Moe Adame, reacting to an earlier post about Christian bumper sitckers: "So let me get this straight.... all it takes to get into heaven is some bumper stickers?  Wow! No need for churches. Heyooohh!!

* ... SPOTTED: Two architects from a Kansas City design firm are seen having dinner at the Padre Hotel along with Barry Hibbard. The architects are in charge of the design of the new minor league baseball stadium that will be built off Brimhall and Coffee roads and were in town doing research. One thing is for certain: with former Aera Energy CEO Gene Voiland and oilman Chad Hathaway behind this project, you can bet it will be a first class operation.

* ... TRASH: How do we tackle our problem with litter? Listen to T.A. Hoffman: "As a native Californian who was living in Austin, Texas, in the 1980s and 199's, I can help  with the question of why Texas roads are so litter-free.  It is because the Texas Department of Transportation got
tired of spending $20 million a year to collect litter and therefore hired the Austin advertising company of GSDM to create an advertising campaign to change the culture... it came up with the slogan 'Don't Mess with Texas' superimposed over the Texas flag, which became an actual rallying-cry
for everyone from bikers to downtown bankers. "
Posted by Richard Beene at 4:58 AM 1 comment: