Celebrating the legacy of kindness of the late John Rous, get ready for another Thanksgiving Day Pie Run and a reader shares some love of Uricchio's Trattoria


* ... RIP JOHN ROUS: Our community lost one of our best with the death of John Rous, a kind and gregarious man who died earlier this week while riding his bicycle near Ethel's Old Corral. Rous was

killed when his bike was hit by woman driving a late model Scion around 10:30 a.m. He was a lifelong athlete and the founder of the Bakersfield Pie Run, one of our community's signature events that brings hundreds together for a run through the hills on Thanksgiving morning. But I will remember him most for his smile, his kindness and his heart. He was 78 years old and had enough energy, drive and curiosity to live another 78, but he left us with a legacy of passion and decency. Keep his widow, Stella, son David and other members of the family in your thoughts. 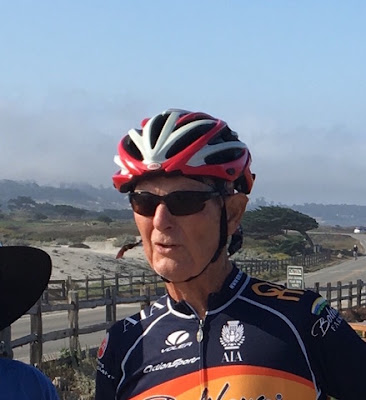 * ... PIE RUN: Speaking of the Pie Run, it is still on for Thanksgiving morning out at Hart Park. If you are new to town, and want to get a good start on Thanksgiving, bring your spouse (and dogs) and join a couple hundred new friends for a brisk run (or walk) in the hills above Hart Park. Just follow the lights to the park and get ready to go off at dawn. Make sure you bring some breakfast snacks, cookies or a pie for the feast after the run.

* ... GOOD FORM: Hats off to Supervisor Leticia Perez who saved the Arvin Christmas parade with a $5,000 donation to the city. The annual parade was going to be canceled until Perez stepped in to make the donation. 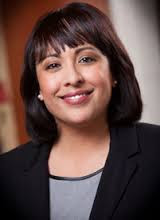 * ... OVERHEARD: A friend of mine overheard this conversation at a coffee shop in Irvine: "A couple in their early 20s. Woman: since this is our first date, we need to talk to get to know each other better. Man: Ok, what would you like to know? Woman: I don’t know... I guess what are your plans? Man: To give you cute babies. Woman, laughing: You practiced that line. Man: No, I’m very spontaneous! Woman: So am I. She got up from the table, spilled her hot coffee in his lap, turned and walked out."

* ... URICCHIO'S: One of my favorite local eateries, Uricchio's Trattoria downtown, picked up a new fan when Anna Mulock went there recently to celebrate her 80th birthday. Said Mulock:  "What a great bunch of people, wonderful food and warm hospitality. The owner came over, met our family, visited with us and treated us as family.  I know how much you like them. There are many good reasons to recommend them." 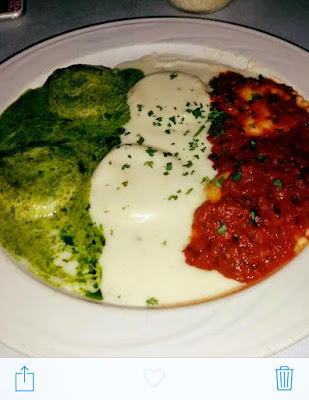 * ... BAD FORM: Reader Pat Sherrill and I have at least one thing in common: we both despise the way so many of our fellow citizens trash our community. "RiverWalk Park is the jewel in our park system but you would never know it the way it is treated. Numerous mornings the parking lot is full of cases of empty beer bottles and empty booze bottles. People just leave their yogurt cup or drink cup where they consumed it when there are plenty trash cans. Monday morning was the icing on the cake as someone had knocked over a bank of port-a-potties that had not been picked up yet after the weekend Beer and Bacon event. What is the matter with some of the people in our community?" 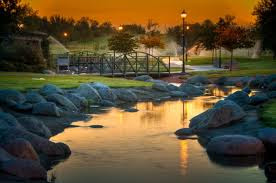 Posted by Richard Beene at 9:46 AM No comments:

The city of Arvin gets ready to approve the indoor cultivation of cannabis for the wholesale market, a pitfall is thrown out of a red truck and more generosity about town

* ... ARVIN MAYOR: Keep an eye on Jose Gurrola, the young mayor of Arvin who has had the political courage to help broker a deal that will allow the legal cultivation of cannabis for the wholesale

market. Gurrola is just 24, elected mayor last November after serving one term on the city council. While the city of Bakersfield and county have decided to turn their backs on any opportunities to regulate, and benefit, from legal cannabis, Arvin has chosen its own path. The city will outlaw the store-front sale of marijuana, but will allow indoor cultivation for the wholesale market. It's a shrewd compromise that could greatly benefit the taxpayers of Arvin, while giving the city more direct control over how the industry involves. 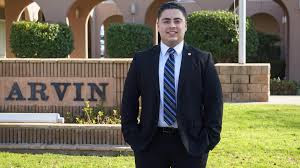 * ... BAD FORM: A frustrated and angry Nancy Vide shared this: "Driving up Auburn Street on the way home, about 8 p.m, I came upon what looked like an accident in the road. I parked my car at home and ran across the street. There were four young adults and three of my neighbors and in the traffic lane was a beautiful brown pit/lab mix. He was about one to two years old and severely injured and in shock. Everyone was trying to keep him calm. Long story short......an EVIL, VICIOUS, HEARTLESS person threw this beautiful dog out their red car/truck and then he was ran over by a white car. While I am not trying to blame the people in the white car, I wish they would please come forward to help find these criminals. And to anyone that has a neighbor with a red vehicle that does not now have a (barking) dog...... please say something! I want to thank my neighbors Kathleen Snow and Daniel for taking this poor creature to the emergency vet on Easton Drive. And the young adults that stayed to help comfort the dog. I only hope karma jumps in big time for the evil doer."

* ... PHILANTHROPY: Bakersfield is known for its generosity, in both big and small deeds, but the Virginia and Alfred Harrell Foundation (previously known at The Bakersfield Californian Foundation) has few peers. The foundation recently announced the winners of its fall grant cycle and they included $100,000 grants to both the Tree Foundation of Kern and the Mercy Foundation-Bakersfield. The two $50,000 grant winners were Garden Pathways and Recyling Lives. There were three $25,000 winners: Downtown Bakersfield Development Corporation (reducing trash), Rebuilding Together Kern County (the Carnation neighborhood projects) and United Way of Kern County.

* ... SPOTTED ON TWITTER: "I have an awful lot of responsibilities for a guy who also has a sign on his door reminding him to zip his pants before he leaves."

* ... SPOTTED ON FACEBOOK: "If everyone you admire keeps disappointing you with awful sex scandals, try admiring more women."

* ... AMES WOODWORKS: The next time you are in Sequoia Sandwich Shop downtown, check out the new indoor seating area featuring some handsome wood benches. It turns out the benches were built by Sam Ames, a local wood craftsman who specializes in tables and chairs made from reclaimed vineyard stakes. Ames provided four benches for Sequoia, made of a more traditional hardwood than the reclaimed vineyard stakes he normally uses. Check out his website at www.ameswoodworks.com. 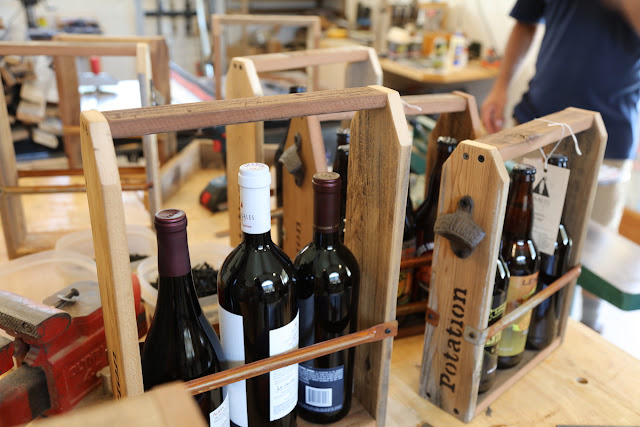 * ... ROTARY: And finally, Bernie Barman wrote to recognize a group of 60 Rotary and Interact Club members who spent a recent Saturday cleaning up the San Miguel Grove area where the bike path meets Manor. "In addition to picking up trash they also planted 10 oak trees donated by the Rotary clubs (to supplement the 100 trees the Breakfast Rotary planted several years ago) and cleared lots of weeds. Breakfast Rotary organized the event and was joined by members of other Rotary clubs, including Twilight Rotary and West Rotary, as well as 37 high school students from the Interact clubs at Liberty, Stockdale, Centennial, Golden Valley and Foothill High Schools. City staff also participated by bringing in the trees and hauling away the weeds. The teamwork really paid off."
Posted by Richard Beene at 4:06 AM No comments: