Craig Harrison gets a boost in his effort to clear his name, downtown struggles with homelessness and vandalism, Adventist Health's clever marketing campaign and a walk down memory lane

* ... FATHER CRAIG: Good news for Monsignor Craig Harrison this week when the Bakersfield

Police Department declined to press charges against the suspended priest for a sexual abuse allegation dating to the late 1990s. This was an important step in Harrison's long journey to clear his name, and no doubt a source of great joy for his legions of believers, but it did not come as a total surprise. Citing lack of clear evidence like a video or photograph, the BPD said it could not substantiate the allegations from a Texas man who said Harrison abused him at the St. Francis Parish when he was an altar boy. While this is clearly a big boost to Harrison's campaign to clear his name, his real hurdle is with the Diocese of Fresno, which is conducting its own investigation into allegations by five different men that Harrison touched them inappropriately. In some ways, the Diocese decision will be a political one and will break down to this simple question: is it better for the church to reinstate a priest whose reputation has been tarnished, or does the church clear the deck and move on by either moving Harrison to another position or cutting him loose? For the sake of Father Craig and our entire community, let's hope this is resolved sooner rather than later. 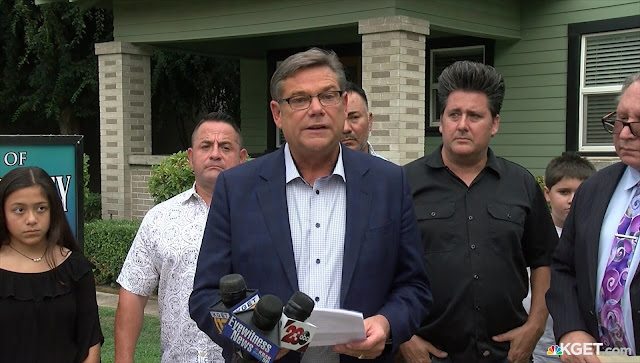 * ... DOWNTOWN: With each passing day, the homeless crisis in our community worsens. And no where is it on display more graphically than downtown, where shop owners are forced to contend with vandalism and rampant thefts not to mention the parade of "crazies" who wander into stores talking incoherently and scaring away customers. The tragedy, of course, is all this falls on the shoulders of shop owners who pick up the bill when their businesses are vandalized. Take for example the Blue Oak Coffee Shop downtown, where - once again - the owners arrived to find their front window smashed. I hope some of those 100 additional police officers we are hiring are stationed downtown to bring things back under control. 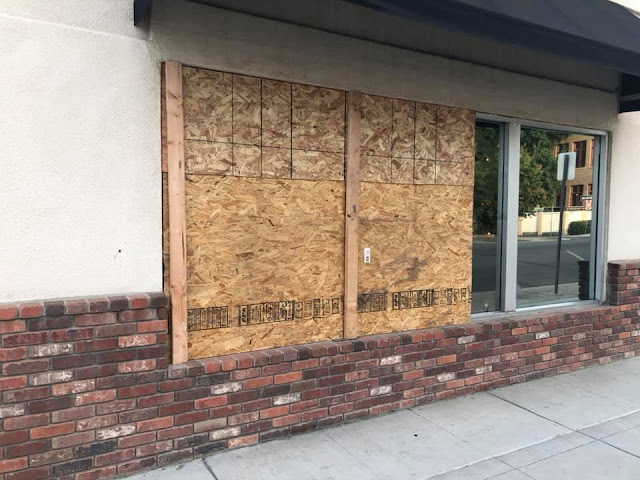 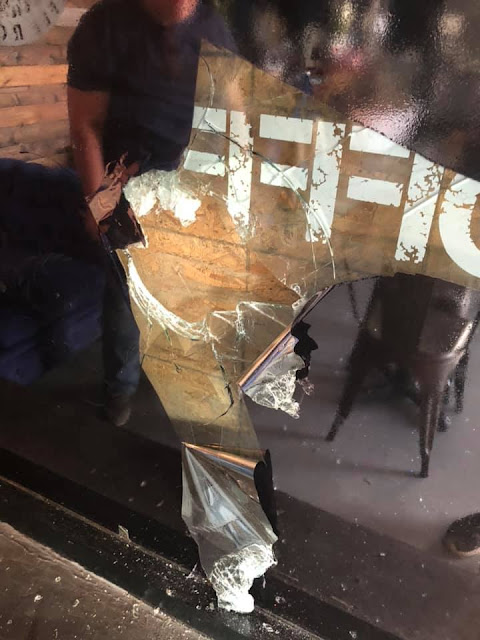 * ... MORE CRIME: Meanwhile crime continues unabated. The good folks out at Salty's Barbecue on Rosedale Highway were hit last month when a man (see on the video shot below) made off with thousands of dollars worth of merchandise. The Kern County Sheriff's Office is looking for anyone who may know the suspect. 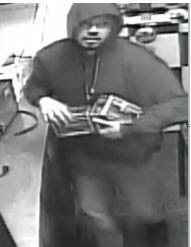 * ... ADVENTIST HEALTH: Adventist Health (formerly San Joaquin Hospital) has a new marketing push that is clever, heartfelt and speaks to the good in our community. The hospital is highlighting local people on its billboards across town, including this one featuring Raji Jhaj-Brar, owner of Countryside catering. 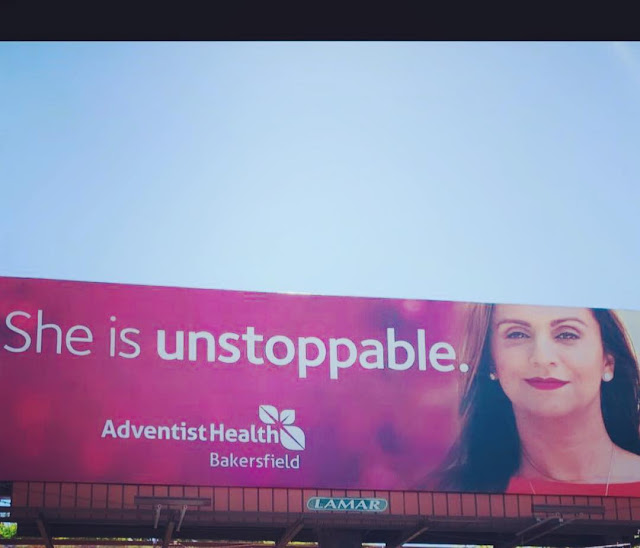 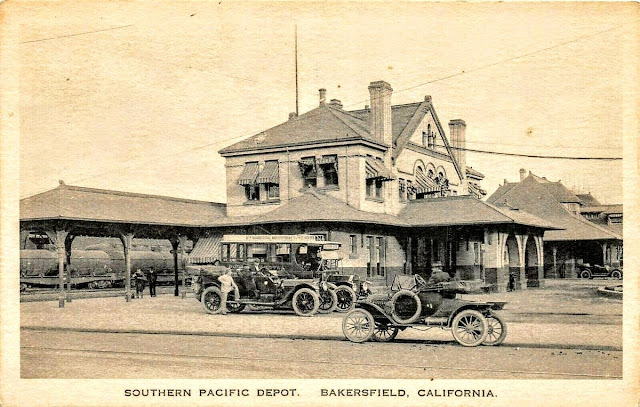 * ... MORE MEMORIES: And how about this old photo from Art Moore and his Kern County History Fans Facebook page. Wow. 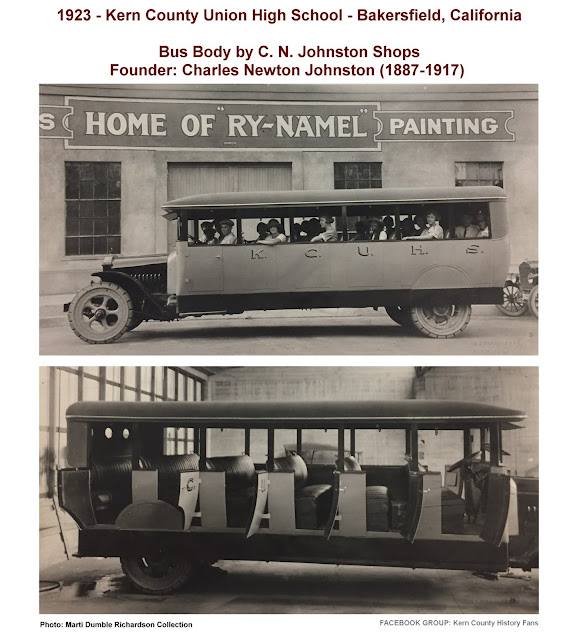 Posted by Richard Beene at 6:18 AM No comments:

House Minority Leader Rep. Kevin McCarthy gives us his weekly update from Capitol Hill. In his own words:

"Last week commemorated the 50th anniversary of one of the most remarkable achievements in history – the Apollo 11 Moon landing. This mission not only marked the first time that Americans stepped foot on the Moon’s surface, but it was also the first time that any human accomplished this extraordinary feat. Even though I was about 4 ½ years old at the time, I can still remember a feeling of excitement and patriotic pride that resonated throughout my house.

Although at the time I was too young to understand the gravity of what it all meant for our country, today I continue to stand in awe of the unparalleled level of commitment and innovative prowess it took to get our astronauts to the Moon. The Apollo Program advanced America to the forefront of space exploration, demonstrated the power of the American spirit, and proved that a nation of free 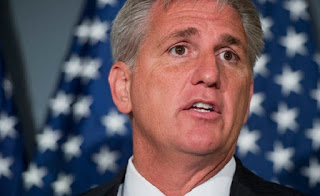 people could truly achieve anything.

The spotlight of the Apollo era goes to the Apollo 11 flight crew who risked their lives embarking on the journey to the Moon. Less known are the men and women who worked behind the scenes to make the Apollo Program a success. Their monumental efforts began years before the Moon landing.

Many of these unsung heroes reside in the Mojave Desert of California. It was at Edwards Air Force Base (AFB) where the sound barrier was first broken. Through this and similar flight tests, these men and women obtained the scientific understanding of high-speed, high-altitude flight that was necessary to develop the technology to send humans into space.

Extensive rocket engine testing at the present-day facility known as the Air Force Research Laboratory’s Rocket Lab at Edwards AFB proved to be key in developing the large engines that powered the Saturn V rocket, which carried Neil Armstrong, Buzz Aldrin, and Michael Collins into the cosmos.

The Lunar Landing Research Vehicle (LLRV), developed at present-day NASA Armstrong Flight Research Center (NASA Armstrong), led to the training vehicles used to equip the astronauts with the skills to land on the lunar surface. There too, engineers and pilots developed the first Reaction Control System necessary for maneuvering outside Earth’s atmosphere, which is now widespread on spacecraft today.

To keep pace with rapidly-changing requirements and to continue to push the boundaries of human flight, a grueling curriculum was developed at the Air Force Test Pilot School at Edwards AFB, which became the nation’s first formal course used to train astronauts.

Kern County was home to the men and women responsible for these significant contributions to the Apollo Program. Their work touched nearly all aspects of spaceflight, from scientific knowledge and technology, to astronaut training and education, to testing and developing the tools and equipment required to put astronauts into space. These men and women are also heroes of our American space program.

Today, this type of incredible and innovative work continues at NAWS China Lake, Edwards AFB, and NASA Armstrong, and our emerging commercial space sector is taking our space program to new heights. All these efforts build upon the legacy of prior generations and signal that our nation’s greatest achievements are yet to come.

As we celebrate the 50th anniversary of the monumental accomplishments of the Apollo 11 landing on the Moon, we find inspiration in the dedication and proven success of the past and look to continue to harness their spirit to propel the United States to new and equally impressive achievements in space.
Posted by Richard Beene at 9:37 AM No comments:

The Washington Post pens a valentine for Bakersfield, CBS disappears from some ATT cable services, and Prop 47 backfires after mobs ransack businesses with little legal consequence

* ... ODE TO BAKERSFIELD: The Washington Post put the spotlight on Bakersfield last week, citing it as an example of an inland California city that is growing, attracting young people, new

businesses and technology. That's right, once the butt of jokes, The Post says Bakersfield is among the "new" inland California cities that offer jobs, opportunities, affordable housing all wrapped up in a "small town"feel. Said The Post: "The youth migration is infusing this traditionally conservative area with a new ethic - part cowboy, part craft cocktail - that is propelling a revival" of the area. Cited in the story were The Padre Hotel, Temblor Brewing Co., The 18Hundred, Guthrie's Alley Cat and the Crystal Palace. 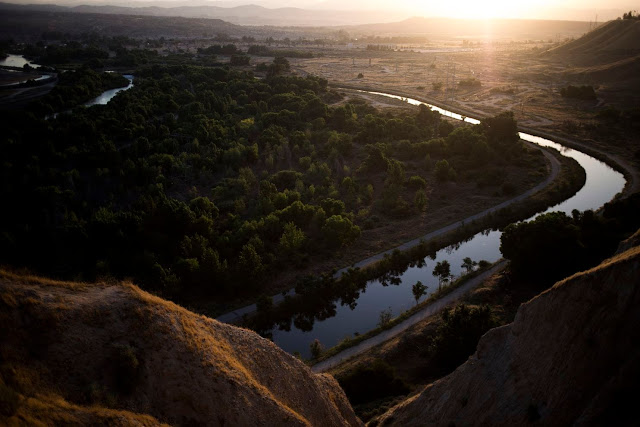 * ... CABLE: Here is another reason to cut your cable service and find an alternative. For weeks now NBC (KGET here locally) has been missing on Direct TV, thanks to a contract dispute between NBC and ATT, DirectTV's corporate owner. And now it looks like ATT customers will also lose CBS because of a similar dispute. Although CBS remains on DirectTV here,  ATT customers in New York, Los Angeles, Chicago and San Francisco lost their feeds. The affected markets count for tens of millions of dollars in lost revenue for CBS. No word on when this will end.

* ... SHOPLIFTERS: Here is yet another example of good intentions that have gone wrong. Remember when Proposition 47 passed with the promise of keeping petty criminals out of long jail sentences? Well, now businesses are saying there has been a sharp spike in shoplifting (sometimes done by a dozen or so thieves) because according to Prop 47, anything stolen below a $950 value is merely a misdemeanor. This has been particularly acute in San Diego and El Cajon, where gangs of young people rush into 7-Elevens, clean the place out and vanish. 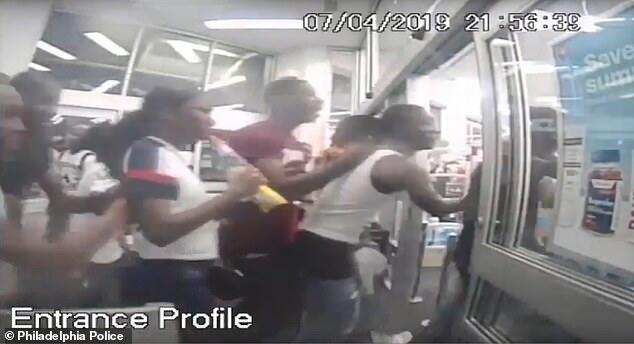 * ... PASSING THROUGH: The great Americana and folk guitarist and singer Chris Smither will be in town this week, appearing at the Bakersfield Music Hall of Fame for a one night show. The concert - it is the second time that Smither has appeared here - is sponsored by Passing Through Productions, a group of men dedicated to bringing talented musicians to Bakersfield. Get your tickets at Eventbrite.com or at the Hall of Fame. Show time is 7:30 p.m. 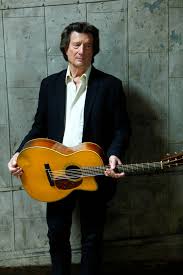 * ... MEMORIES: From the Facebook page Kern County of Old, check out this picture of the original two-story Franklin school at the corner of 18th and A streets. 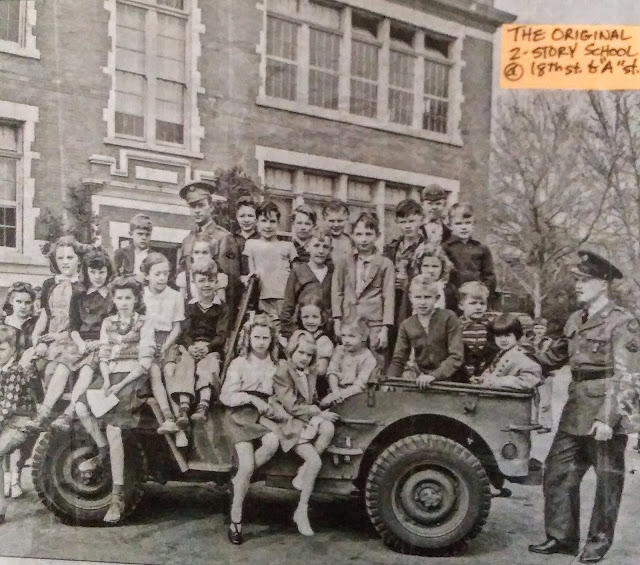 * ... MORE MEMORIES: And don't you just love this shot of Poso Creek near the now Round Mountain Road cutoff? Thanks to the Facebook page Kern County History Fans for this one. 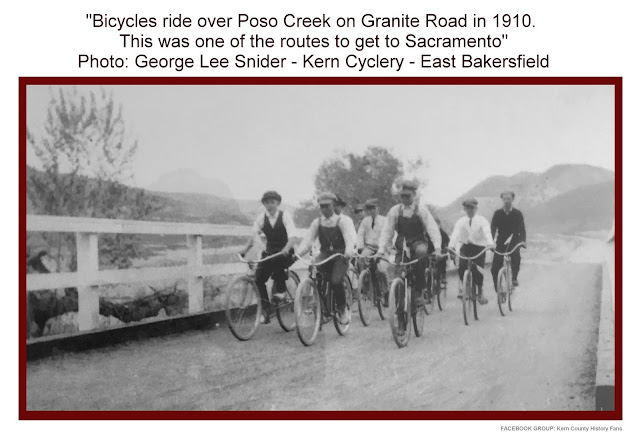 Posted by Richard Beene at 1:37 PM No comments: