Bakersfield College speeds up plan to spend Measure J money, the Bakersfield Marathon rolls through town and voters are furious with our Board of Supervisors for rejecting the music festival plan

* ... BAKERSFIELD COLLEGE: Bakersfield College is rolling out its plans to spend more than a half billion dollars raised by Measure J, and it looks like the building and improvement program may

go faster than expected. BC President Sonya Christian told me there was initially a 20-year plan to spend the money, but some of the college trustees (including Kay Meek and Bill Thomas) want a more aggressive building schedule. I think that's a good idea. Those of us who voted for the bond measure really don't want to wait two decades to see results. One of the first capital improvement plans, to build a Veterans Resource Center, was unveiled this week.

* ... MARATHON: So where will you be this Sunday when the Bakersfield Marathon rolls through town? If you are smart, you will review the marathon route, grab a cup of coffee (and your dog if you have one) and plant yourself in a shady spot to cheer on the runners. And hats off to the organizers of this event, which puts our community in a positive light. 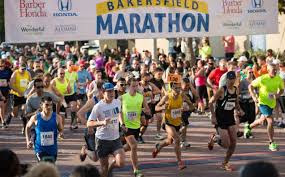 * ... SPOTTED ON TWITTER: "Woke up early so I could get in a few extra minutes of being angry on-line today."

* ... OVERHEARD: A friend of mine, frustrated with a problem, said this: "When I have more than $500 in my bank account, I think about leaving and starting another life."

* ... MUSIC CENTER: Social media lit up with frustration after the Board of Supervisors denied a proposal to build a music event center off Interstate 5 on land owned by Phil and Daniel Rudnick. Interestingly, the criticism seemed to come from all ages, borne out of a frustration that our ruling political class too often seems to find ways to say "no" to opportunities that other communities so routinely enjoy. The responses included this satirical one from local veteran Chad Garcia: "Welcome to Kern County! We have a train museum and an old boxcar that a country music legend lived in that you can visit. Oh! And a lot of bars filled with people who will fight you. And meth. A lot of meth."

* ... MORE MUSIC: My take on the music festival proposal: Are our supervisors so comfortable in their own personal wealth and social position that they feel they can say no to projects that will provide jobs, paychecks and opportunities to so many in our community that live hand-to-mouth? Does the greater good ever trump objections from a few well heeled neighbors?

* ... GOOD FORM: Roy Parks made my day when he sent me this message: "On Sunday (11/05) I went to an ATM at Bank of the Sierra's new branch on California Avenue. I later discovered I did not have my wallet. I returned to the ATM but my wallet was gone. Returning home I envisioned the nightmare of contacting credit cards, DMV, insurance, etc. My house has a mail slot that empties into a hallway. There was my wallet! A very kind and honest person had driven to my house and returned my wallet. I wish we could have met. Another tale of good people in Bakersfield."

* ... BLACK WIDOWS: Bill Casey worked for a pest control company and knows something about the infestation of black widow spiders. Said Casey: "I have never seen them this bad before. I usually do night patrol in the summer, twice a month, and then once a month in September, October.  I had to double my attacks this year. I must have killed 200 black widows this summer. Three made it into the house, but must have gotten into my spray area outside before getting in, and were sick or dead when I found them. With cooler temperatures they try to come inside where it's warm, and this can be a dangerous time for families with children. It's a good idea to check in dark areas, closets and under furniture for them." 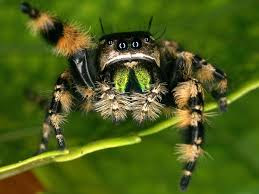 * .. MORE WIDOWS: And lastly, Irene Gorman added this: "The widow also comes in cream color and has bright red markings on its body, quite pretty. My son worked for Texaco many years ago... in Long Beach." The advice from her son? If it is black, squash it to keep from being bitten. Her son has since passed but she was left with one enduring memory of Signal Hill in Long Beach: the beautiful emerald green 'jumping spiders.'

Posted by Richard Beene at 7:06 AM No comments:

* ... POLITICAL HUMOR: If you are looking for a way to laugh in these perilous and frightful times, pick up a new book by the actor Denis Leary called "Why We Don't Suck: And How All of Us

Need to Stop Being Such Partisan Little Bitches." The book is a satirical look at American politics and suggests that going forward only actors and entertainers should run for president. Among the actors listed by Leary as the "most trusted" by the American public and who might make a good president: Oprah Winfrey, Tom Hanks, Denzel Washington and Sandra Bullock 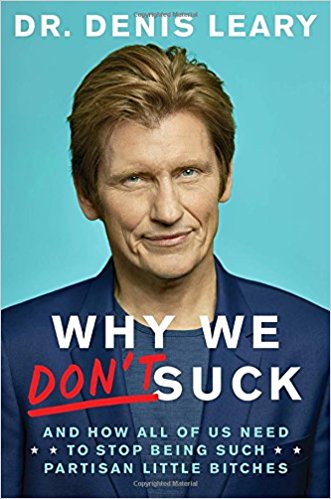 * ... GOOD FORM: I was heartened to see two Bakersfield police officers up on Panorama Drive early Saturday ticketing speeders as they raced toward Manor Drive. Meanwhile down Manor in the urban forest park at the end of the bike path, members of Breakfast Rotary were busy cleaning up the litter.

* ... SPOTTED ON TWITTER: "When my husband asked me do something creative for dinner, I drew a cute picture of a dog on a napkin and put it next to the pizza box." 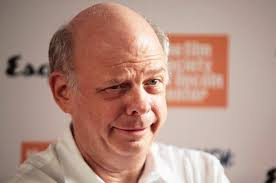 * ... AGCAOILI: Congratulations to Terri Serban Agcaoili, who has taken a new job with the business development liaison team for Adventist Health. For the last two years the energetic Agcaoili has headed marketing for the Alzheimer's Disease Association of Kern County. 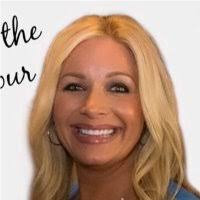 * ... BLACK WIDOWS: My tidbit on the explosion of black widows in town triggered a few responses, including this one from George Meek: "Having lived many years in Westchester, I have seen several 'black widow' years. However, they always seem to be around. I can tell by the touch of their webs if it is a widow or not. Ugh! My neighbor, Wayne, mentioned all the 'widows' this year just the other day. For us, it has been a huge earwig year…everywhere." Meek went on with another story when he lived on A Street: "I used to take my young children out in the night with me armed with a flashlight and can of bug spray (the kind that puts out a high pressure spray for wasps). We would go around the house, they in their PJs, and were amazed at all the black widows under the windows, doors, furniture, shrubs, etc. that the flashlight would illuminate... I would aim and spray the spider watching with morbid fascination as it withered and dropped. Bam! It was great sport and my kids still remember it. These days, being able to afford a pest service really cuts the numbers plus I really do not enjoy going out a night without the kids…maybe grandkids."

* ... MORE SPIDERS And Tom Haslebacher added this: "It was interesting to see you note about black widow spiders in Bakersfield. I have noticed an ever increasing population also. What is even more interesting, we have a second home in the Sugarloaf area of Tulare County, our elevation is about 5,000 feet. Up until this spring, we never saw black widows. We were even told that they are not found here. I can tell you for sure, that they are every where up here now."