CBD oil picks up a fan in Kyle Carter, turmoil over at Clinica Sierra Vista under a new CEO and Father Craig Harrison heads to Italy for a sabbatical

* ... CBD OIL: You know the world is changing when someone like former home builder Kyle

Carter, a staunch conservative who rarely drinks, comes out in favor of CBD oil, the non-intoxicating marijuana extract that is being credited with helping treat a host of medical problems -- everything from epileptic seizures to anxiety to inflammation to sleeplessness. Carter, who lost to Karen Goh in the last mayoral election, told me a friend turned him onto CBD oil to help him deal with pain and other issues associated with five surgeries for scoliosis. "They put two drops under my tongue" and it helped alleviate his pain, he said. Cannabidiol is extracted from the flowers and buds of marijuana or hemp plants. It does not produce intoxication. Instead, marijuana's "high" is caused by the chemical tetrahydrocannabinol (THC). 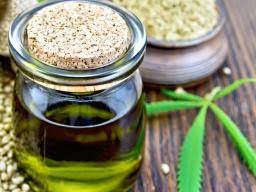 * ... CLINICA: So what is happening over at Clinica Sierra Vista? The once proud health organization, built by now retired CEO Steve Schilling, has been in turmoil since Schilling retired and was replaced by new CEO Brian Harris. I am told Harris came in with a swagger, telling a group of managers a week into the job that there was "a new sheriff in town" and to expect changes, and that a number of key employees have been unceremoniously fired. "He is dismantling everything Steve built" is how one former employee put it. So is this a simple matter of a new CEO mixing things up and facing a "deep state" of employees loyal to the previous boss, or is Harris the proverbial sharp elbowed bull in a china shop eager to put his own stamp on the organization? Stay tuned. (file photo of Brian Harris) 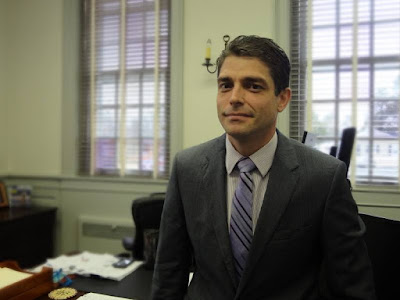 * ... SPOTTED ON TWITTER: "How many consecutive weeks do you have to miss church to requalify for visitor parking?

* ... SPOTTED ON FACEBOOK: "It doesn’t matter if the glass is half full or half empty… it’s clearly almost time to order another drink."

* ... FATHER CRAIG: Monsignor Craig Harrison is headed to Italy for his annual trip, but this time it is not for a week or two, but for three months. Harrison told me this three-month trip recognizes a well deserved sabbatical after 30 years in the priesthood. While there, he hopes to meet with Pope Francis, preside over a wedding of a couple from Bakersfield and meet with friends touring Italy. 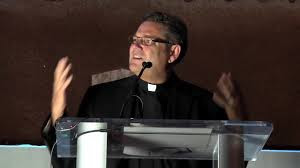 * ... CRIME WAVE: If recent events are any indication of things to come, it will be long summer of crime here in Bakersfield. Oleander has been hit with a long string of car break-ins and windows smashed, with one street seeing five cars hit in one night. Meanwhile over in Seven Oaks, a rash of home burglaries near the Ronald Reagan School has homeowners on edge. And if you really want to be frightened, go to Turnto23.com and check out the video of two teenagers trying to kick in the door of a home near Stockdale and Old River Road, in broad daylight.

* ... TACOS: Check out these tacos offered at the Silver Fox Starlite Lounge on Taco Tuesdays. The iconic lounge, restored and reopened by Pyrenees Cafe owners Rod and Julie Crawford, has been enjoying a gangbusters business since reopening. 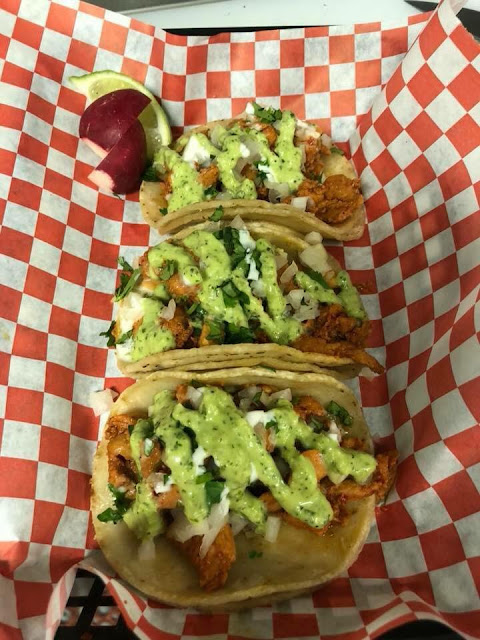 * ... RIDGE ROUTE: Here's a great picture of part of the old Ridge Route on a bad stretch of road call "Deadman's Curve" as seen along the southbound later of I-5 about two miles below Lebec. Photo courtesy of the Bakersfield Memories Facebook page. 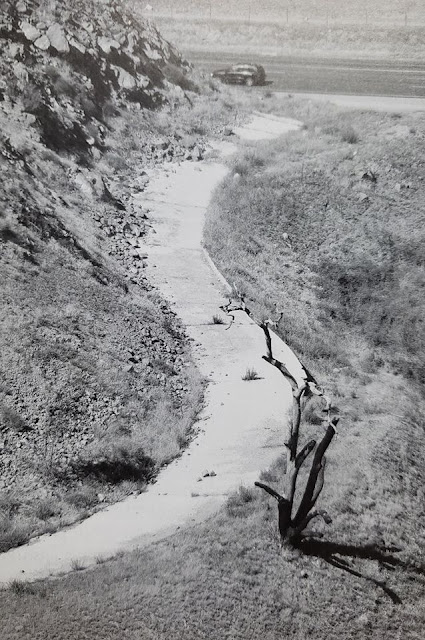 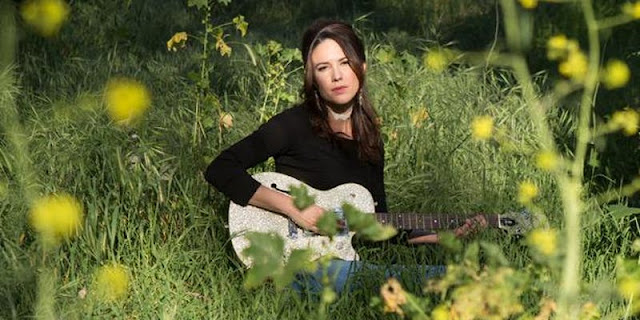 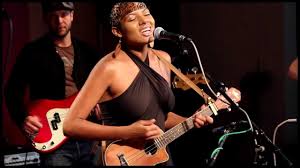 Posted by Richard Beene at 10:20 AM No comments:

Remembering the legacy of Harvey Hall, Bakersfield has its own version of a royal wedding and someone was caught cheating in the La Cresta area

* ... RIP HARVEY: We lost Harvey Hall this weekend, and with it a bit of Bakersfield history. Everyone has their own story of the former mayor, but all of them have one thing in common: his

love for this community and his big heart. Harvey's lesson for me? Wake up every day and be thankful for what you have, embrace your community even with all its flaws, and love your neighbor. This is his legacy, and he left us all in a better place because of it. 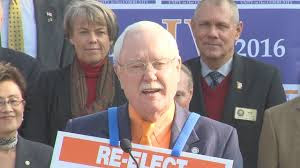 * ... ROYAL MARRIAGE BAKO STYLE: Did you know that Bakersfield had its own form of a royal wedding right here at home this weekend? That's what friends of Matt Munoz and Miranda Whitworth were calling it with the popular pair tied the knot before friends at the Kern County Museum. Matt is the marketing director for the Hispanic Chamber of Commerce (he is also the lead singer in the wildly popular band Mento Buru) while Miranda works in marketing for Kern Medical. Congrats to these two who make this a special place to call home. 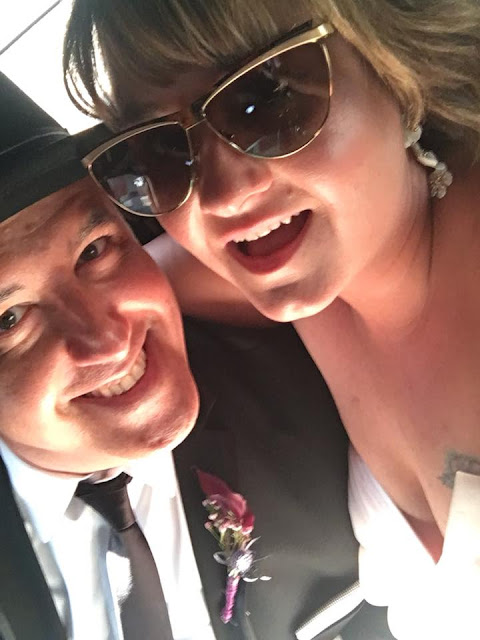 * ... MOVING UP: Congratulations to Amy Radditz who has taken a job with OneLegacy, an organization dedicated to saving and healing lives through organ, eye and tissue donation. She will join the organization as a Donation Development Coordinator. Radditz has served six years with CASA as a resource development manager. 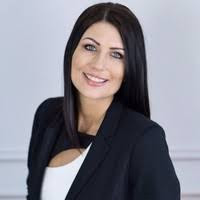 * ... ACHIEVER: And add Alex Shelbourne to your list of local young people making their mark in the world. The Bakersfield High graduate is now entering New York University as a sophomore and was recently appointed to the board of the Tisch New Theater. The TNT has become the premiere student theatre organization at NYU.  It has established itself as an avenue for students to work in all facets of the theatre: performance, management, direction, production, and other technical and design aspects. Alex is the son of Jeff and Sarah Shelbourne. His mother is CEO of Optimal Health Services. 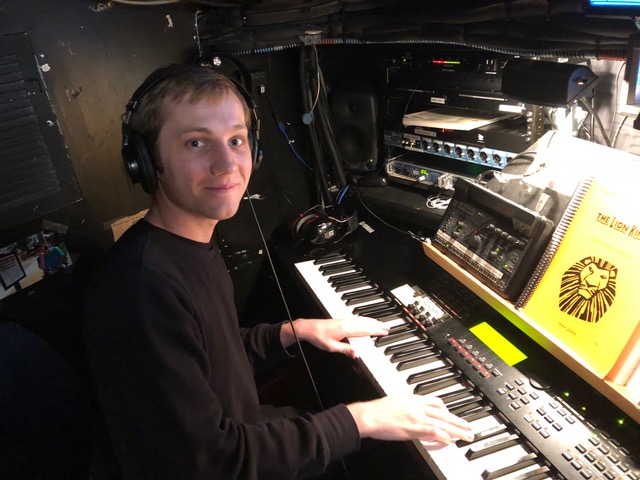 * ... CHEATING HUSBAND: Well now, check out these posters that appeared in the La Cresta area this weekend. Looks like someone is cheating. 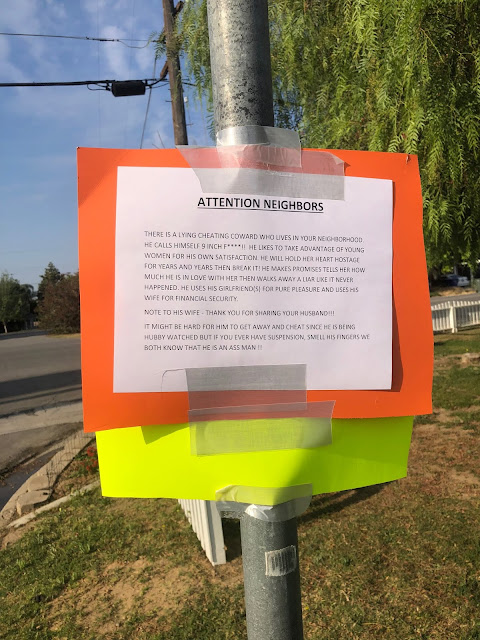 Posted by Richard Beene at 10:35 AM No comments: