Dining al fresco before the temperature rises to 106, beware of those sting rays at the beach and lamenting the dying coastal redwoods

this incredible mild week we have had, and I took advantage of it by dining al fresco: dinner outside at Uricchio's Trattoria, brunch on the patio at Tahoe Joe's, and appetizers at Wiki's Wine Dive. Remember this week when the sidewalks are frying in a few short days. 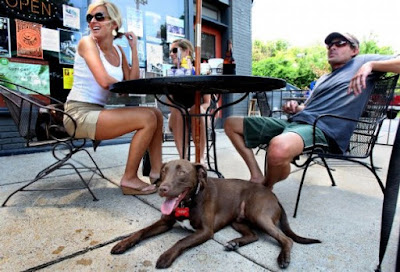 * … FOODIE: And speaking of food, my recommendation of the week is the tuna salad atop a bed of avocado over at the Union Station Deli downtown across from the Post Office. The tuna comes with diced green apples and cranberries.

* … DROUGHT: One of the long-tail effects of the drought: the sheer number of coastal redwoods dying about town. From the east side out to White Lane, hundreds of these water-needy trees are brown and dying. Beautiful trees true, but not suitable for our dry climate. 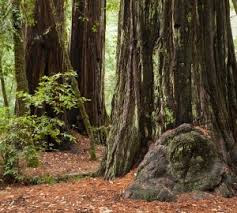 * … SUMMER: My friend Howdy Miller had some sound advice about visiting the beach this summer. Listen up: "Just a reminder to all those who enjoy the ocean by swimming - surfing - or wading in it! Please remember to SHUFFLE IN AND OUT to eliminate any possibility of stepping near, around or in my case on a cruising stingray. Happens about 1,500 times a year on the beaches of California, Texas and Florida. Last September I came out of the water in Solana Beach (near San Diego) stepping on top of a relatively small stingray. It reacted by giving me a four inch slash on my ankle and I still do not have any  feeling in the big toe of my right foot. The barbs and venom deposited by said stingray resulted in great pain and discomfort that could have been avoided by a simple shuffle. My podiatrist suggests the response may indeed last a year or longer. I love the ocean and will be surfing again this September, but lease learn to do a simple shuffle to avoid a lot of discomfort or worse!" 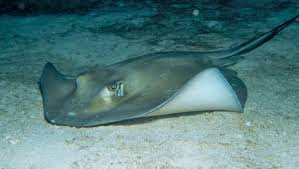 * ... SPOTTED ON TWITTER: "Oh, you hate your job? There’s a support group for that. It’s called 'Everybody' and we meet at the bar."

* … SPOTTED ON FACEBOOK: "If you want to test the strength of your willpower, just try ignoring a mosquito bite."

* … PIE SHOP: Superior Court Judge Thomas S. Clark wrote to say he was among those who remember Scotty's Pie shop near Brundage and Highway 58. "I remember the pie shop well.  I grew up just to the east of Chester, a couple blocks away.  I have fond memories of the pies, but I only got to patronize the shop on very special occasions. The building is still there.  Unfortunately, I don’t know what type of chocolate they used, but it was very good.

They hyperbole and cynicism over the call for a ban on 'assault rifles,' Griffith Field at BHS gets a makeover and lamenting the death of the library tax

* … GUN CONTROL: In the wake of our nation's bloodiest mass shooting, it is only human to demand something be done, be it expanding background checks, doing more to keep weapons out of the hands of the mentally ill or outlawing so called "assault rifles." The focus today seems to be on the AR-15 'assault rifle,' but let's remember some basic facts: the technology behind the

AR-15 was first developed in the late 1890s and is the same technology used in rifles for deer hunting or target shooting. Yes the AR-15 looks menacing, but at its core it is simply a semi automatic rifle not unlike those used to shoot varmints or squirrels. It is not the rifle or the design that makes it lethal, but rather the ability in some states (not in California) to use it with high capacity clips along with "push button"magazines to make for easier fast reloading (also outlawed here). Those are two distinct issues; the look of the weapon and the larger clips that make it lethal. The idea of regulating designs that "look" menacing is akin to banning Corvettes because they look faster than my Subaru. Both are capable of inflicting great harm in the wrong hands. I am all for a robust debate on how to keep weapons out of the hands of madmen, but concentrating on the cosmetics of design seems to appeal more to emotions, rather than logic. A good first step for the rest of the country may be modeling their own gun laws on those of California, which already outlaws the configuration of the AR-15 used in Orlando. (Below a 1940 assault rifle with the AR-15)

* … DRILLER FOOTBALL: The renovation of historic Griffith Field at Bakersfield High School is well under way. The field has been torn up as have some of the field buildings. It's worth a look-see if you are passing through the downtown area.

* … RETIREMENT: Thanks to all of you who were so kind to reach out to me noting my retirement. Barbara Fleming sent me this sweet valentine which I so appreciate: "I know you announced your retirement, and being retired myself, I am glad for you. Knowing this and opening my Monday morning paper to your column, I yell -'NO!'  I don't see your face but a stranger looking out at me. On a serious note, I want to thank you for your sometimes humorous and sometimes serious reflections about we, as citizens of Bakersfield, and concerns for society as a whole.  Your writing has made my soul smile and my brain engage." Thank you Barbara, and remember I will still occupy this space on Wednesday and Friday.

* ... SPOTTED ON FACEBOOK: "I hope I get a chore list cleverly disguised as a Home Depot gift card again this Father's Day.

* ... PIES: And finally there was this query from Donna Boyt: "I am just wondering if people remember Scotty's Pie shop that was located what would now be between Brundage Lane and the Highway 58 on ramp, facing Chester Avenue? Best pies ever, and always a line out the door waiting to purchase one. Does anyone know the type of chocolate they used?  Have never tasted it anywhere else."