Rep. Kevin McCarthy, R-Bakersfield and House Majority Whip, submits his weekly view from Capitol Hill. In his own words:

"This week, I was honored to speak at Washington Middle School's graduation where I addressed students seated in the same seats I sat in over 30 years ago.  The world, however, is very different today than it was back in 1979 – and it will continue to change faster than ever before for this new generation

"Thirty-four years ago, there was no internet or iPhone. We lived in a world with two Germanys and a fear of the Soviet Union.  But while many things have changed a great deal, our values remain constant. Passed on from generation to generation, our values are more than our guiding principles, they are our history. I shared with the graduating students the importance of upholding their values as they enter this important time in their lives, of continuing their education and always trying to learn more. But perhaps most importantly, all of our students must know the importance of their individuality.  It is this individuality which is at the core of the American spirit.

"While my generation was walking around listening to “walkmans,” today an entire generation listens to music on their touch-screen iPods. And it is because of the vision of an individual named Steve Jobs, who had the passion and desire to make his dreams of using technology to transform our daily lives into reality. Individuality leads a person to think outside the box, go against the odds, and find the inner strength to keep working towards a goal despite struggles and failures along the way. This is how great things are achieved.

"This week in Bakersfield I was also given the opportunity to meet several of our students who I believe represent this fighting spirit of individuality and perseverance through hardship. I was honored to nominate these individuals to attend our U.S. Service Academies, and I am proud of each of them for their decision to serve our nation. I know that with our future in their hands, America will continue to be great.

Is Bakersfield headed for a new real estate bubble? And Texas leads the country with the most cities that are best for jobs

* ... HOUSING: Is Bakersfield's housing market headed for yet another bubble? That's the warning from Gary Crabtree, a respected appraiser and a thoughtful analyst of our local real estate market. Crabtree shared a story from HousingWire that noted in markets like Bakersfield that have never "fully unwound" from the last bubble, "rapidly increasing price levels are a potential cause forconcern." Added Fitch Ratings: "The supply is also artificially low, as recent regulations have limited the pace of foreclosure sales and the large percentage of underwater borrowers continues to hope for future price increases to be able to sell their homes at a profit?" Sounds like Bakersfield. Stay tuned. 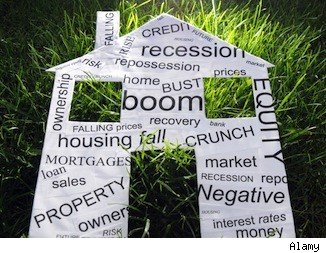 * ... JOBS: What are the best cities for jobs in this economy? According to Forbes, the business-friendly state of Texas placed four cities in the top ten: Fort Worth (4), Houston (5), Dallas (6), and Austin (10). Others making the list included San Francisco, Salt Lake City, San Jose, Charlotte and Denver.

* ... RODEWALD: Our community lost one of its great characters with the passing of longtime TV personality Don Rodewald. One reader, Joe Stormont, shared a memory of Rodewald's afternoon show, also known as Matinee. One feature was called Dialing for Dollars. "Don had a rotating bin with the telephone white pages cut into little strips. Don would spin the bin, then open it up and draw out a piece of the phone book. Count up or down a pre selected number of names from the top or bottom, and call that phone number... If the person who answered knew the 'count and the amount,' they would win the money. The prize amount started at $23 and increased by a few dollars each time he didn't have a winner. Sometimes the jackpot reached over $100."

* ... OVERHEARD: A prominent local educator, recently retired, is telling a friend about moving into The Greens, the popular 55-plus gated community at Seven Oaks. "We love it," he said. "But the first day we were there a new neighbor came up to me and said, 'Didn't you used to be somebody?' I guess that says it all!"

* ... AIRPARK: Reader James Irwin dropped me a note to ask about the airport that once existed on the Panorama Bluffs. That landing strip, James, was called La Cresta airfield and was located between Bakersfield College and where Greenlawn Mortuary Cemetery now stands. It was built duringWorld War 11 and planes took off over the Panorama Bluffs. The place has quite a storied history, and it was there when a young Mary K. Shell (a former mayor and supervisor) met her future husband, Joe.

* ... KCUHS: Bill Deaver of Mojave remembers the two-headed calf that resided in a science room at the old Kern County Union High School. "I remember that two-headed calf," he said. "My grandparents, Henry Mack Sr. and educator Addie Mack, lived on Chester Lane, and we frequently drove by 'KC,' as my mom, former Californian East Kern correspondent Marion Mack, an alumnus, called it! This was in the 1940s and later."

* ... MEMORIAL DAY: Hundreds of people visited the new national cemetery outside of Arvin on this Memorial Day weekend, a beautiful setting that has grown in popularity as more people discover this peaceful final resting place for those who served our nation. If you have not been there, it
is worth spending some time to enjoy the California oaks in the rolling hills. The cemetery is located off Bear Mountain Boulevard. 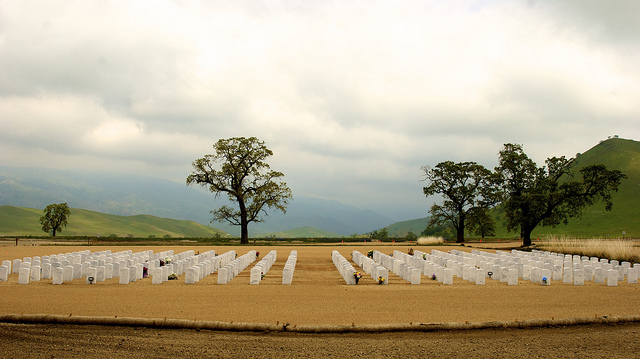 * ... MARTIN: Jarret Martin, a Centennial High graduate who was originally drafted by the Baltimore Orioles out of high school, is scheduled to be on the mound with the Cucamonga Quakes (a Los Angeles Dodgers affiliated team) against the Bakersfield Blaze this Thursday. His proud mother, local writer Dana Martin, also reminded me that the coaches have learned that Jarret is a scratch golfer and has been hitting the links with former big leaguers Charlie Hough, Matt Herges and Jose Vizcaino. (photo courtesy of Martin's Facebook page) 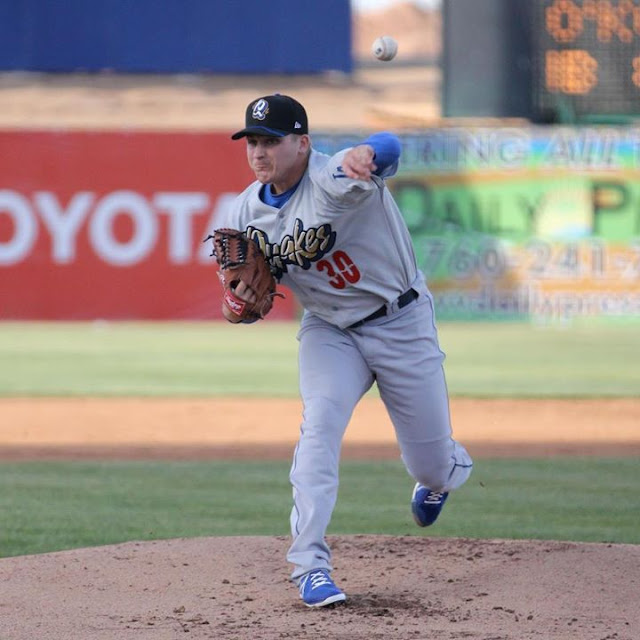 * ... AMGEN: Do you remember when the Amgen pro cycling race came to town and the city spruced up the area around Bakersfield College? Judy Henderson does, and she wishes it would return. "I miss the Amgen Race... In short time, tumble weeds were removed and ground up, trash and weeds disappeared. Center dividers were planted and wood chips were spread over dirt areas where many spectators would gather. The areas of Manor Drive, Panorama Drive and Alfred Harrell Highway looked like an All America City. Now, tumble weeds abound, weeds grow in the center divider and the streets. Trash litters roadways and weeds grow among the wood chips.  Even the  Panorama rain drain is clogged.  I miss the Amgen Race." 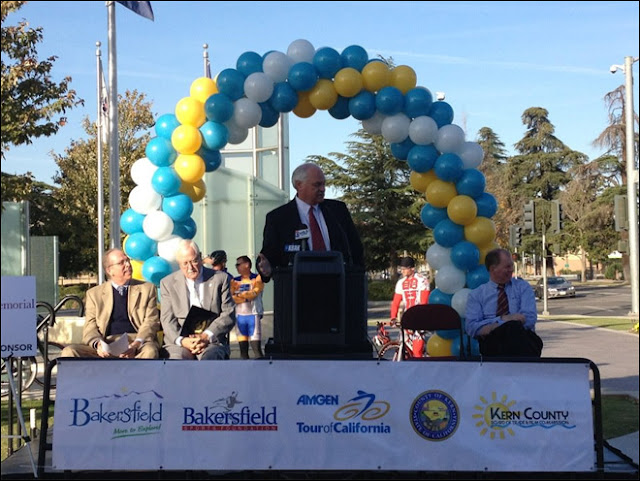 * ... DRIVERS: Are Bakersfield drivers any more or less angry and impatient than in other communities? One reader, who asked that I withhold her name, has been verbally abused numerous times after picking up her grandsons from school. "I travel north of Gosford Road and I go through the very busy intersection at Ming Avenue," she said. When she finds herself in the right lane at Ming, intending to go straight, drivers behind her invariably get impatient if she doesn't take a right on red. "I am very aware of the glares and impatience of drivers behind me, who apparently think I don't care that they wish to make a right turn. I have even had people honk at me, but I really don't have a choice... I always pull to the as far to my left as I can, because small cars can move past me and make my turn."

* ... BAD FORM: And speaking of road rage, shame on the driver of a white oil field utility truck who deliberately side swiped - and could have killed - a cyclist on the Granite-Woody Road Saturday. The cyclist was riding on the far right painted line, but apparently that wasn't good enough for the truck driver who came within a few inches of brushing the cyclist and taking him down.

* ... BAKERSFIELDISM: From reader Linda Welch: You may be a Bakersfield old timer if you remember the two headed calf in the "old science building at Kern County Union High School. It was enclosed in a glass case."

Remembering those who sacrificed on this Memorial Day, marking the passing of Janice Redmond and the time when the crazy commute stops to allow geese to cross the road

* ... RIP JANICE: Our community lost a great citizen last week with the passing of Janice Marie Redmond. Originally from New York, Janice and her husband Stan moved to Bakersfield in 1972
where they raised their nine children. She was active in local Catholic churches and was a beloved figure among her friends. Keep Stan and his family in your thoughts. She was 74.

* ... GEESE: Linda Nipper is a human resource specialist who was driving east on Truxtun Extension when traffic ground to a halt at Empire Boulevard. What happened next brought a smile to her face. "Wondering what was holding up our lane, I looked far to the right of the front car in our lane and saw what I thought was a very large bird. Then it became clear ... that a family geese was heading north, crossing Truxtun on a red light.  Yup, two very large grown geese and about five waddling
goslings in tow had stopped all four lanes of traffic, in both directions, during the busy morning commute. I think we all enjoyed our commute a little more and appreciated the unexpected sight of a family of geese,  who appeared not at all flustered by the activity of the cars, as they greeted the day crossing safely to the north side of Truxtun, heading to the river bed I expect."

* ... ACHIEVER: Former Stockdale High grad Phil McGill has now graduated in the top 5 percent of his law school class at the University of San Diego. He is now studying for the bar and will start at Price Waterhouse in San Francisco in October. Said his father Kerry McGill: "That in itself is commendable in that there are so few law jobs available. If you recall, he went to USD on a full scholarship. Another Bako boy makes good!" So true.

* ... CHIPMAN: Best of luck to the kids over at Chipman Jr. High who are heading to Maryland for the national History Day finals. These high achievers have been trying to raise money to help offset the expenses, but they have a ways to go. Their teacher, Mike Hutson, says any kind of financial support is appreciated. Reach him at (661) 631-5210 if you would like to help. The team includes Sadie Armijo, Stevie McNabb, Dylan Pearson, Jake Beardsley and Miguel Vargas

* ... BASEBALL: Dave Packer wrote to tell me about the new Bakersfield Sound collegiate summer baseball team that will kick off its season in June.  "The games will be held at Bakersfield Christian High School and will provide fun and inexpensive family entertainment with extremely high quality wooden bat baseball played by some of the top collegiate players from throughout the United States .  The team is made up of both local and out of area collegiate players and provides the local players an opportunity to return home during the summer to reconnect with their family and friends, My son, Matt, Stockdale High grad, is one of such players as he is coming home from Miami of Ohio and bringing one of his baseball teammates to live with our family during the summer and experience our great town and California."