Harvey Hall, Bakersfield's unapologetic biggest cheerleader and a popular former mayor, has died at the age of 77. The cause of death was not announced and a spokesman for Hall Ambulance said only that he died of a "rapidly progressive disease." Hall was known for his sartorial flair and big personality and smile, as well as his ability to embrace all races and ethnicities of his beloved hometown. In memory of Harvey, enjoy some pictures of our former mayor over the years. 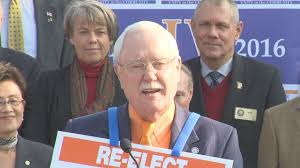 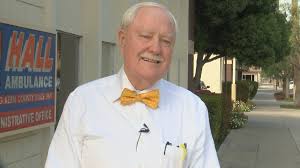 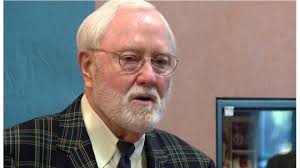 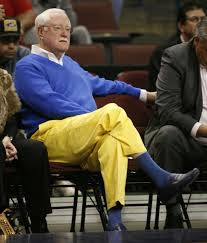 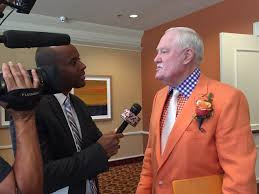 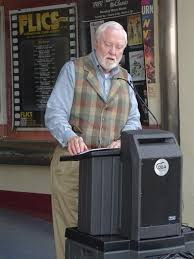 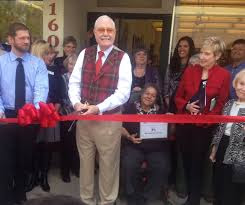 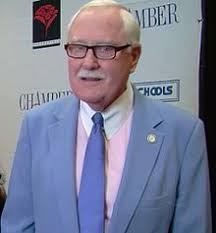 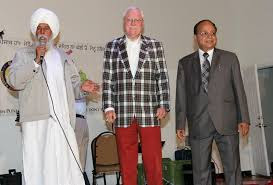 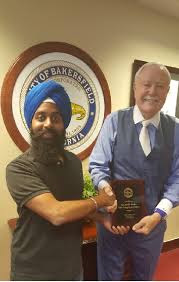 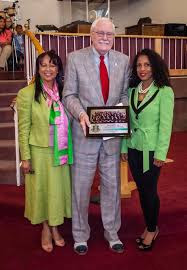 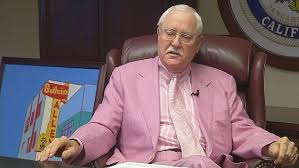 Posted by Richard Beene at 10:19 AM No comments:

Will the District Attorney's race be a litmus test for the power of Western Pacific Research without Mark Abernathy? And Kern County voters will get another change to vote on legal marijuana this November

*... ABERNATHY MACHINE: For years Mark Abernathy and his political consulting firm Western Pacific Research have served as kingmakers for Republican party hopefuls. If you wanted to be "in" with the machine, you were an Abernathy client. But Mark Abernathy died recently, and it has left WPR in the hands of his quite capable wife, Cathy Abernathy. Among the WPR clients and

supporters: Majority Leader Kevin McCarthy, former Assemblywoman Shannon Grove, Mayor Karen Goh, DA candidate Cynthia Zimmer and judicial candidate Chad Louie. But this year is stacking up to be something different, thanks to the growing influence of Kern County Latino leaders and diverse but potentially powerful movements like the woman's #metoo. So what does this mean for this election cycle? Look no further than the District Attorney's race where Zimmer is taking on assistant district attorney Scott Spielman, in what appears to be a litmus test of the old Abernathy machine's ability to make things happen. McCarthy has put his considerable weight behind Zimmer and is hoping to push her across the finish line ahead of a resurgent Spielman. (Interestingly, McCarthy's mentor former Congressman Bill Thomas is supporting Spielman). There is a lot riding on the DA race for WPR, and if Zimmer loses, so will the WPR and its legacy of winning at all costs. 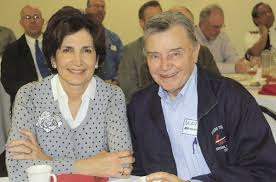 * ... POT VOTE: It looks like it will be up to the Kern County voters to decide if we want marijuana sold and grown here legally. That's the word from Ben Ellenberg, a Riverside County attorney who is working on two initiatives that may appear on the November ballot. One would deal with the unincorporated county, and the other with the city of Bakersfield. A simple majority is all that is needed to pass either initiative. According to Ellenberg, some polls show Kern County residents support legalized marijuana by an 80 percent margin.

* ... DOG FIGHTS: Were you aware that there is an epidemic of professional dog fighting and gambling here in Kern County? Count me among those who didn't know the practice was as widespread as it apparently is. At least that is according to several pit bull experts I hosted on my daily radio show focusing on pit bulls. Sundee Martineau, head of the Bakersfield Boxers and Bullies Rescue, said the cruel and inhumane practice is thriving. "Black bags full of dead pits" routinely show up on the side of the road, she said, and gamblers spend thousands betting on the dog fights. 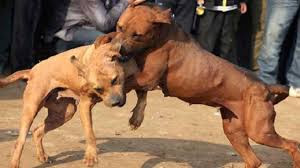 * ... BAKERSFIELD GOOD FORM: If you have lived here for long, you know Bakersfield's reputation for kindness and hospitality. And Bakersfield native Jarret Martin, a Centential High grad working his way through major league baseball, experienced a bit of that recently in Midland, TX. Listen to what his mother, local author Dana Martin, explain it: "Jarret, playing for Oakland As affiliate RockHounds in Midland, Texas, had just arrived from spring training and settled in for his opening day game, when he was called from the clubhouse to speak to a fan who said they knew him. Jarret, excited to see maybe a family member or friend, emerged to greet a stranger’s face. The stranger said he was from Bakersfield and had seen the roster before traveling to Midland, saw that a player from Bakersfield was on the roster, and thought he would bring Jarret a gift from home he KNEW anybody from Bakersfield would love. He handed  Jarret a two pound box of Dewar’s chews!! What a surprise! Jarret was so touched and yes, it was exactly what the doctor ordered....A taste of home. We would love to thank the fan for his thoughtfulness in knowing that a kid from home would appreciate that small but amazing gesture. We love this town."

* ... MEMORIES: Check out this old photo I spotted on the Bakersfield Memories Facebook page. The caption reads: "Lester Rose and wife Helen on left. Earl and Viola Pearce on right. Lester and Viola ran the TRAVELER'S INN in Greenfield for many years. Viola is the mother of Milton Huggs (Was owner of MILTS CAFE and the grandmother of Mark Huggs (owner of the 24TH STREET CAFE. A wonderful family.) 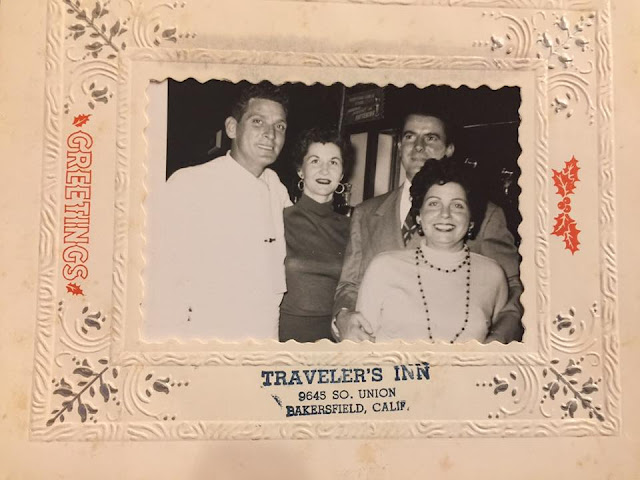 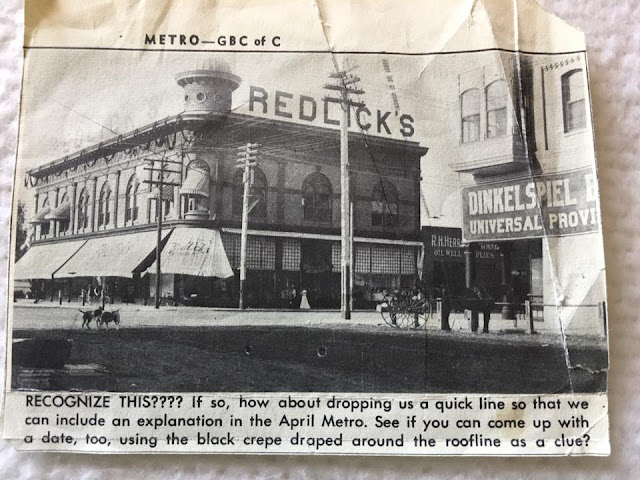 Posted by Richard Beene at 7:29 PM No comments:

District attorney candidate says pot shops are frequented by gang members, Maya Cinemas to give it Bakersfield facility a facelift and yet another telephone scam

* ... MARIJUANA: California has decriminalized marijuana and made it legal to use for both medical and recreational purposes, and recently President Trump indicated he was ready to allow

states to decide for themselves, signaling a radical change in the federal government's view of cannabis. And consider this: nine states and the District of Columbia now allow for recreational marijuana use and 30 allow for medical use. And more states are lining up to join the legalization wave. Sounds like a trend, right? Yet locally, opposition to cannabis remains strong and appears rooted in an antiquated view of the hemp that has been around for thousands of years. Which is why I found a story in the Taft Midway Driller on district attorney candidate Cynthia Zimmer so intriguing. In it, she says this: "I will tell you, the customers in pot shops are gang members. They are not (all) people who are sick, although some may be." The most frequent customers, Zimmer said, "are physically well people between the ages of 18 and 24, male, who come up and buy marijuana." That may make a good sound bite for a DA candidate in a conservative county, but it does not sync with well documented research that shows the heaviest support (and use) of cannabis comes with people ages 50 and older, middle aged professionals who hardly qualify as gang members. And it also detracts from research showing that widespread use of cannabis (even for recreational use) can help combat the opioid crisis by providing addicts with a more benevolent alternative than street drugs. The times are changing, as they say, just slower here in Kern County. 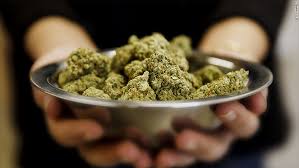 * ... SPOTTED ON TWITTER: "Sometimes, when my husband has a day off, I like to bring the TV remote with me to work."

* ... MAYA CINEMAS: It looks like Maya Cinemas will get a facelift later this summer. That's the word from Larry Poricelli, vice president of marketing for Maya, who told me last week work will begin in August to spruce up the popular theater. The downtown theater is now eight years old and Poricelli said we can expect new seats (likely the new larger leather recliners that will reduce the total number of seats in each theater) as well as other upgrade. Meanwhile, the new Maya Cinemas in Delano opens this Thursday. 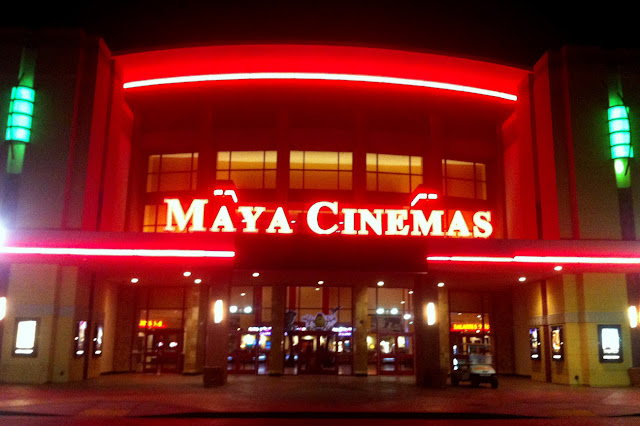 * ... FOODIE: Good news for the local Pettit family that producers the grass-fed, carrot finished Santa Carota beef. The beef has been so popular at our local Eureka Burger that the restaurant chain now offers it at all 20 of its California locations. 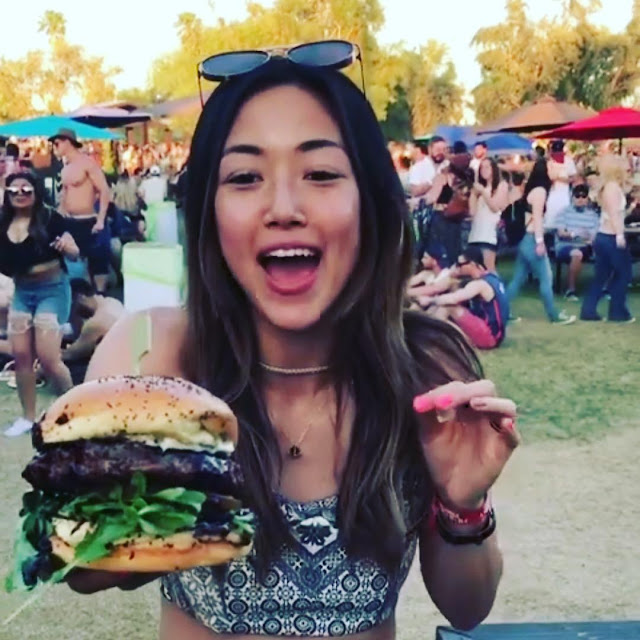 * ... MORE FOOD NEWS: Speaking of restaurants, how difficult is it for restaurants to recover after getting a bad review or running into trouble with the health department? First, restaurant critic Pete Tittl savaged the new Texas Roadhouse out a Valley Plaza in a piece in the Sunday Californian, faulting  both the quality of the steaks and the side dishes. And last week, downtown eatery T.L. Maxwell's was also savaged when an ex worker sued it claiming she was forced to served moldly food in a dirty kitchen full of vermin and roaches. In the age of social media, these stories are circulated, shared, liked and commented on thousands of times, zipping through the internet at the speed of light and tarnishing reputations along the way. 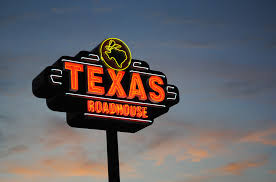 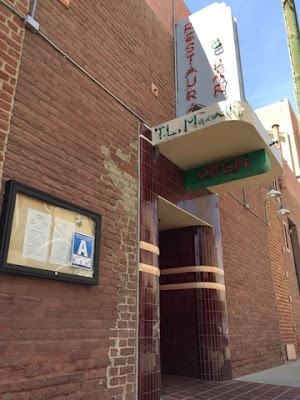 * ... SCAM: Remember when I told you about the 31-year-old high school English teacher who was scammed out of $6,000 by someone on the phone claiming to be from the IRS? Well it has happened again, and this time it turned ugly and personal. Tina Zimmerman, a sales rep for the American General Media radio group in town, received a call Friday from someone claiming to have kidnapped her daughter. "When I answered the phone there was the voice of a young girl screaming that she had been kidnapped," Zimmerman said. Then a man came on the phone, claiming he had kidnapped her daughter and ordering her to go to a bank to withdraw money, all the while demanding that she stay on the phone. Zimmerman smartly put the man on speaker phone and motioned to a nearby friend to call her daughter's boyfriend. It turned out her daughter was okay, but Zimmerman was left badly shaken. "All I could think about was my daughter and if she was safe," she told me. So the next time a stranger calls, let it go to voice mail.

* ... MEMORIES: Check out this classic photo from the Kern County of Old Facebook Page. A classic. 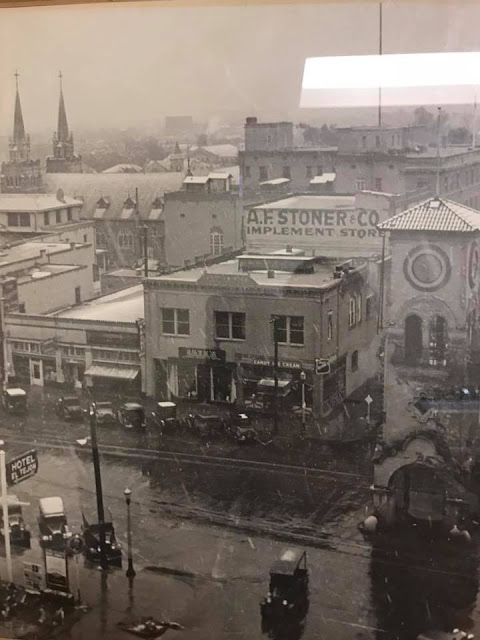