Rep. Kevin McCarthy, R-Bakersfield and House MajorityWhip, weighs in from Capitol Hill with his weekly column. In his words:


"This past week, as the deadline passed for families and small businesses in our community to file their taxes and send their hard-earned dollars to Washington, we continue to see the need for our government to be smaller and more effective. With March unemployment in California at 11% – and at 15.9% here in Kern County – we know that we still need more private sector jobs and more economic growth. How do we do that? We should look at a comparable time in recent history and look at who the job creators are.

"From the end of the last recession in 2001 to the beginning of this recession, jobs increased and the economy was strong, as was the housing market. Seven million of those jobs were created by small businesses – big corporations actually cut a million people from their payrolls. In fact, small businesses make up 99.7% of total private sector employment in America, and are responsible for 65% of all new job creation. These are America’s job creators. Instead of increasing taxes and burdening them with new unnecessary regulations, they should be able to keep more of what they’ve earned to invest and grow their businesses.

"Unfortunately, because of the President’s and Congressional Democrats’ misguided tax-and-regulate policies, small businesses and entrepreneurs have been sapped of the capital and investment that they need to be able to expand and hire more employees. As House Majority Whip, I am continuing to focus on bringing relief to small businesses and hard-working families, and I was pleased that the House passed the Small Business Tax Cut Act (H.R. 9) this past week. This bill would allow small businesses to deduct 20% of their annual earnings so that they can keep more of their own money to invest in expansion and continue to put people back to work locally and across the country.

"The Small Business Tax Cut Act is a step in the right direction towards pro-growth tax policies that broadens the tax base, gives investors more certainty, and keeps taxes lower for all Americans.  Instead of the Obama Administration and Congressional Democrats continuing to threaten to raise taxes, cause more uncertainty in the economy, and hold our job creators back, I am working with my colleagues to support these tax reforms to simplify our tax system so that our economy can prosper.

"Our economy was built on the belief that with a good idea and the willingness to take a risk and work hard, one can have the opportunity to succeed. All of the statistics, the facts and the history of America show us that our economy is the strongest when small business is strong. Small businesses create the jobs in this country, so we must ensure they can remain competitive. The Small Business Tax Cut Act is another step as we continue to work to ease regulations and reject tax increases on American families and entrepreneurs.

* ... FUND RAISER: If it's April it means the charity fund raising season must be in full swing. I stopped by one of the fund raisers for the Court Appointed Special Advocates (CASA) Saturday evening, a French-themed roving party held at the homes of Ken and Teri Jones, Brent and Anna Dezember and Gary and Bettina Belter. These events are always spectacular and they raise a lot of money for good causes throughout our community. Among those I spotted at the CASA party were David and Catherine Gay, Gregg and Fran Gunner, Bob and Betty Stine, Jeanne and Michael Young, Pam Giumarra, Linda Sullenger, Colleen McGauley, Greg and Mary Bynum, Rick and Cindy Jones, Cindy and George Meek, Jim and Jeanne Filbrandt, Sue and Herb Benham, Jan and Joe Drew and Bill and Holly Lazzerini, among others.


* ... KUDOS: Hats off to the hundreds of people who fanned out across town on a chilly Saturday to participate in the Great American Cleanup Day. If you ever doubt the goodwill of our community, it will be dispelled when you see so many young people volunteering their time for a good cause. 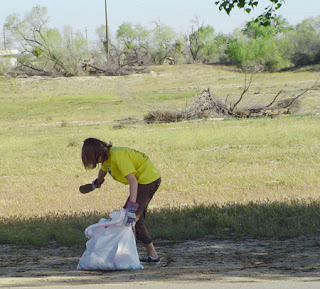 * ... GOOD DEED: Lois Ernst wrote to share a random act of kindness. "My daughter and some friends were recently in the drive thru at our local Chick Fil A. They placed their order, which came to about $24, got up to the window to pay and were informed that the customer in line behind them had already paid for their order. They were amazed and delighted that a stranger would do that! Bakersfield is a nice play to live, contrary to all the 'bad lists' we seem to end up on." Amen to that Lois.

* ... FIFTH DISTRICT: One of the more interesting local elections this year is in the Fifth District county supervisor race where appointed incumbent Karen Goh faces a stiff challenge from former public defender Leticia Perez. Join me at 9:30 a.m. Monday when Goh will be my guest on Californian Radio KERN 1180. I will also be talking about the controversy over Democratic strategist Hilary Rosen's dig at Ann Romney because she has never held a steady job. But isn't raising five boys a job enough? Haven't we moved pass this type of flagrant attacks on women who choose to stay at home and raise their children? 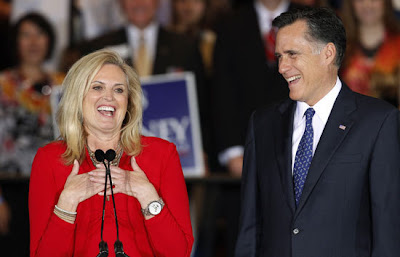 * ... SMALL THINGS: Isn't it amazing how small things move us and change our lives? Yet another reader, Susan Peninger, wrote to say she too has a special plant that was given to her by a special friend. In this case the friend is Cecil Hall, the mother of Mayor Harvey Hall. "She is my aunt, Cecil Hall, who gave me an Aloe Vera plant she had in her College Height’s yard a few years before she passed away.  I love that plant that still lives on my La Cresta patio, not far from whence it came. More than likely thought she had moved that plant with each move before its stint on Baylor when she passed it along to me.  I understand the attachment to readers’ Camellia and rose bushes; I treasure the Aloe Vera plant because it reminds me of my fun-loving, always entertaining, Aunt Cecil.  I know for certain, she and Uncle Pete would be over the moon proud of their son, the mayor."

* ... ZIPPY: For you old timers who remember Zippy the clown on local TV, Chuck Walker (formerly of Bakersfield and now of Doha, Qatar) says Zippy "was a real dwarf that appeared on the George Day Show, one of the afternoon shows on one of the local TV stations in the 1960s. The Uncle Woody show was a decade later on channel 29 and featured Woody Bryant who owned the Toy Circus, and his sidekick Chester the clown. Chester was played by Steve Hanson, among others.  Chester and his sometime sidekick,  22nd, (named for 22nd  Chester,  the location of the huge toy store in the old Three-Way Chevrolet showroom) would appear at parties and BBQs.  22nd was played by local attorney Bruce Blythe."