* … EAST: East Bakersfield High will hold its Hall of Fame banquet on Saturday, March 1, at the Marriott Hotel. Some of the notable inductees this year include Dennis Lockhart, now president of the

Federal Reserve Bank in Atlanta; Paula Hochhalter, arguably the best cello player in the country;  Chuck Wall, creator of the 'Random Act of Kindness' campaign; and Mark Hutson, the winningest high school basketball coach in the history of the Central Valley. 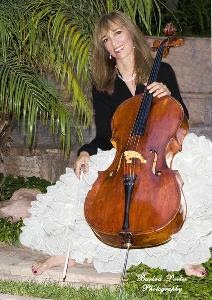 * … SINGER: If you are looking for something different to do this weekend, you might consider dropping by The Metro Galleries on 19th Street to enjoy a house concert by Dan Curcio, a San Luis Obispo troubadour. The cost is $25 and that includes light snacks and refreshments. Doors open at 6 p.m. Sunday. 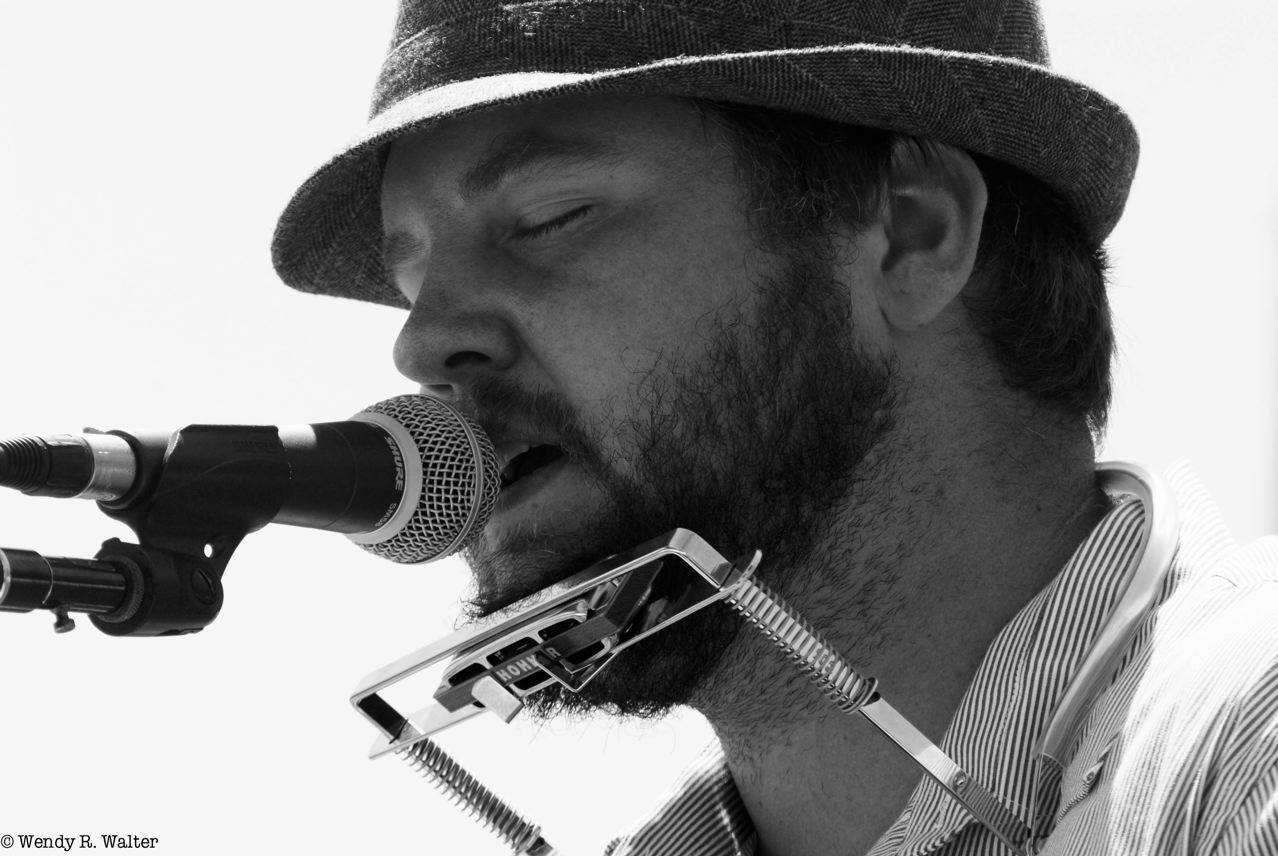 * … ROTARY: Twilight Rotary will host its third annual fund raiser - "Luck Be a Lady Tonight" - on Saturday, March 22  at  p.m. at the Bell Tower Club. It's a fabulous party and a great fundraiser for local charities. The band Wrenwood will be performing along with the opportunity to enjoy professional gaming tables, dancing, auction items and a scumptious dinner. Tickets are only $75 and can be purchased through Jeni Moore (661) 319-687.

* … TUNNELS: The tunnels that run under Bakersfield have always fascinated me, though I have never actually seen one. Mike Doolittle wrote that he was a professional inspector some 40 years and remembers them well. "As I remember it, I entered the tunnels in the basement of the old Western Union (18th or 19th street) and ended up at the old Salad Bowl restaurant on Chester Avenue. The tunnels were big enough to drive a semi-truck through."

* … MORE TUNNELS: And there was this from Patricia Davis Kelley: "The tunnels that supposedly existed in downtown Bakersfield are a reality! My mother, Carol Rummel, used to play in them and get candy there. She went to school with the Yune children and would play with them after school… a lot of the Chineese living in Bakersfield had below ground quarters as it was cooler. My grandmother used to admonish her to come right home after school and not go down there for the candy. She has pointed out several times to me as we drive around where a lot of these tunnels were, or maybe still are. Mom will be 98 this August, but just stopped working a few months ago, so her clarity of mind astounds me. She is continually pointing out to me where businesses used to be and where a lot of the pioneers used to live around town. As for the Chinese cemetery, we live on Terrace Way, the home was built in 1928, down the street from the house built by the Ragland Dairy people; she and my step father Harry Rummel bought here in the early 1960s and has pointed out many times the location for the old cemetery."

Posted by Richard Beene at 11:43 AM No comments:

New study shows most parents overlook the obesity of their own children, and more stories of trash and bad form around town

* … OBESITY: According to a new survey, many parents believe their children are thinner than they are. A study published in Pediatrics (and reported in The New York Times) says more than half of

parents of overweight and obese children totally underestimated their weight. Said one researcher: "They're in denial." Added the Times: "The reasons for the misunderstanding are not known, but the scientists suggest that they news media presents a stereotypical picture of overweight children as severely obese and this distorts parents' understanding."

* … TRASH: Lisa Prudhomme witnessed some behavior on the Panorama Bluffs that leaves you wondering about how people were raised. "I just have to share this with my fellow citizens," she wrote. "Again, as I was walking on the Panorama Bluffs I thought I would pick up some litter. As if the litter and trash aren't bad enough, piggy people are worse. As I approached a family sitting on one of the pathway benches, they watched me nearing them as I was putting trash in a bag.  They quickly got up to leave, leaving their fast food trash (cups, wrappers, napkins, etc.) right where they were sitting.  Their car was parked at the curb and they quickly loaded up their kids and were gone before I could say anything, leaving more trash in the gutter.  I couldn't believe it!  Are people really that ignorant and disgusting?  I guess so, because this wasn't the only time I've witnessed such disregard and stupidity.  With that being said, those of us that choose right over wrong will always lead by example."

* … CARDS: House of Cards, original Netflix programming starring Kevin Spacey and Robin Wright,  is some of the hottest TV on these days and provides plenty of fodder for water cooler chatter. The series depicts Spacey as an ambitious and cruel House Majority Whip who rises to become vice president. Last Friday Spacey appeared on Good Morning America where the real House Majority Whip, our own Kevin McCarthy, appeared in a tongue-in-cheek video from the Whip's office with a picture of Spacey behind him. Spacey said he shadowed McCarthy before the series to fully understand how the Whip office operates. 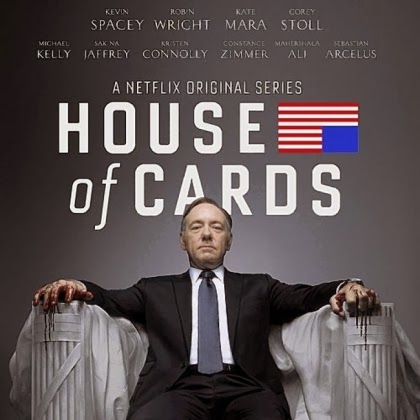 * … MEMORIES: Linda Meadows Polston wrote that her mothtr grew up on Terrace Way where Baldwin Road dead-ends into it. "She has always told me about an old Chinese cemetery behind her house. She said it was very interesting as they would burn incense, leave rice cakes and other food, and other items for the deceased person on his journey  They would finish by giving everyone a nickel wrapped in colored paper. My mom and the other neighborhood kids would get right in line to get a nickel, too, and graciously, no one ever said anything. Sometime in the late 1950s or early 1960s, the cemetery was moved, and houses then built on that spot. I just wondered if anyone remembered this cemetery besides my mother. "

* … TUNNELS: And speaking of Bakersfield's Chinese population, does anyone remember the tunnels that supposedly existed somewhere in the downtown area?
Posted by Richard Beene at 2:49 PM No comments:

Friends of Janis Varner chip in to raise $6,900 for Honor Flight Kern County, and readers submit their memories of an older Bakersfield

* … JANIS: If you know Janis and Vernon Varner this post will not surprise you, because their generosity here is well known. It turns out Janis held her annual birthday Bunco party at StockdaleCountry Club, where Vernon picked up the check. Janis' friends then chipped it to donate to one of her favorite charities, Honor Flight Kern County which sends veterans to Washington, D.C., to view the war memorials. According to Honor Flight coordinator Lili Crommett-Marsh, Janis' friends donated $6,900 to Honor Flight. Janis herself has paid for five veterans to make the trip. (photo by Jessica Frey) 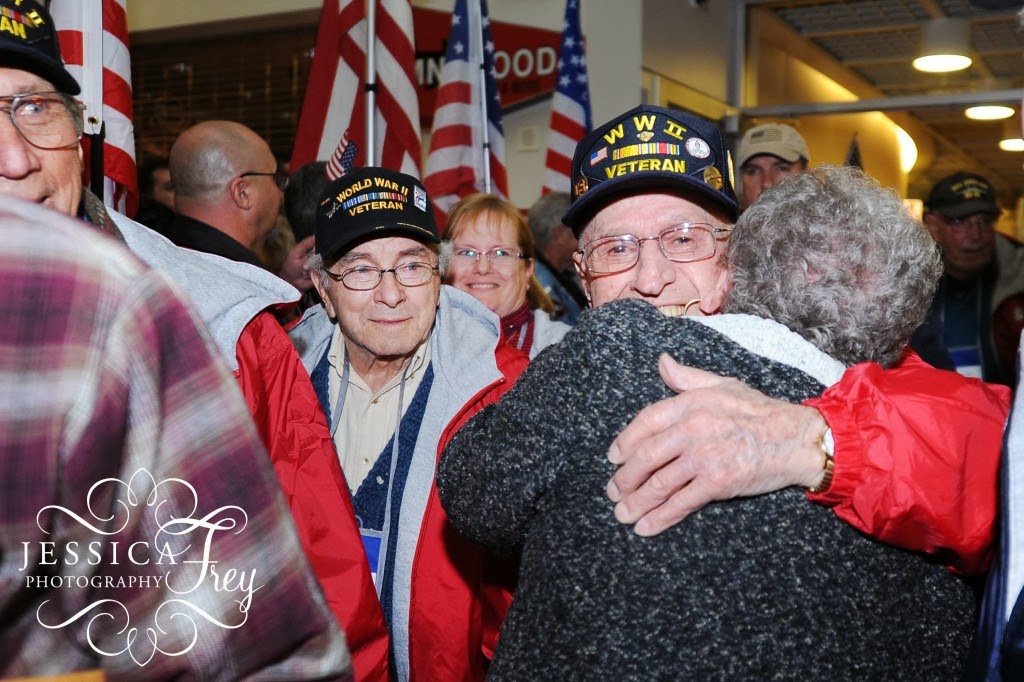 * … RETAIL: It looks like Joseph A. Bank, a men's retailer, is coming to The Marketplace in the Southwest. The national chain has hung its signage in the space once occupied by Russo's Books.

* … MEMORIES: It looks like we solved the question about the name of the old drug store in Valley Plaza when it opened in 1967. But it triggered a lot of memories, and I will share some here. As Kevin Cornelius said: "The name of the drug store was Payless Drug Store, you could enter from the south side of the building or from inside the Valley Plaza. I remember this because I bought my girlfriend a $19 going steady ring from the jewelry counter located at the inside entrance. That girlfriend became my wife of 40 years. WOW has time flown by."

* … MORE MEMORIES: But another reader, Janice Dillingham, also recalled a candy store in the mall called McFarland Candy Store.  "John and Nancy White (my aunt and uncle) managed it when I was a little girl and we always received wonderful candy treats and leftover doughnuts when we visited them in Bakersfield. I love your blog and look forward to reading it along with the rest of the Californian." Thanks Janice.

* … AND MORE: And there was this in my mail box from reader Joe Stormont: "The drug store in Valley Plaza was Payless Drug Store. It was eventually moved to the old Mayfair Market building south of the mall (near where the theatre is now located). Other Valley Plaza old timers might remember Pickwick Books, Toy World and Jolly Roger restaurant. Another great memory was when they had a Japanese Zero airplane on display in the center of the mall for a short time in the 1970s. A local had shot it down during WW II and recovered it from the bottom of the ocean many years later. I believe the Zero ended up in a San Diego air museum and was destroyed in a fire a few years later."

* … AND MORE: Linda Meadows Polston remembers when her then 18-month-old daughter, Cathy, "knocked over a three foot tall display of Maalox in the old glass bottles" at the drug store. "Fortunately for me, my husband, Eddie, was with her and had to suffer the embarrassment.  What a mess!"

Posted by Richard Beene at 1:26 PM No comments: 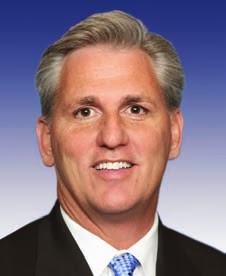 "Many are familiar with the fable, the Ant and the Grasshopper by Greek fabulist, Aesop. Aesop’s fable teaches us the importance of planning ahead and saving.  During summer, the ant would work to store food for the winter, knowing that in winter, food would be scarce. Not the grasshopper. The grasshopper was carefree, taking the summer day-by-day without thinking about the seasons to come. When the inevitably barren winter arrived, the ant was ready and the grasshopper went hungry. Unfortunately, when it comes to California’s water policy, this lesson remains ignored.

"In 1994, an agreement was forged between the federal government and the state of California that established a system and process in years of rain and snowfall that would deliver water from the north of the state to the Central Valley. Once the water reached the Valley, it could be stored to help mitigate the effects of inevitable future droughts, such as the one we are facing today. This accord was agreed to by farmers, environmentalists, Republicans, and Democrats alike.

"But this agreement has evaporated, along with the water our communities contract and pay for. Thanks to federal and state regulations, as well as California’s well-funded environmentalists, water has been diverted from California’s traditionally arid regions and instead dumped into the Pacific Ocean – where no crops are grown. Since 2007, the State Water Project has lost 2.6 million acre-feet of water because of these policies, enough water to meet the annual needs for every resident of Los Angeles, New York, and Chicago combined. If that water had been stored, we would be in a better position to withstand today’s current drought.

"Our legislation, the Sacramento-San Joaquin Emergency Water Delivery Act, which recently passed the House, restores the principles in the 1994 Bay Delta Accord that strike an appropriate balance between protecting the delta environment and providing communities south of the delta with critical water supplies.  It simply prioritizes families over fish.

"The President’s decision to use his visit to California as an opportunity to launch a massive spending initiative to explore the impacts of climate change will simply leave California Central Valley communities dry. Unfortunately, nothing the President proposed today changes the underlying issue that our communities are not receiving the water they have contracted and paid for; thus exacerbating the impacts of the current and future droughts. House Republicans on the other hand are continuing to work to find a bipartisan, bicameral solution to ensure our communities are not crippled by future droughts. We look forward to coming together with the Senate to find areas of common ground and commonsense to finally achieve a solution that allows desperately needed water to flow in our state.
Posted by Richard Beene at 1:25 PM No comments: