Kern crude oil trading higher than the sweet Texas blend, NBC sends a crew to Kern County and paints an unflattering portrait and Bako gets a new burger franchise


* ... KERN CRUDE: Back in the day, I believed that the heavy Kern Crude petroleum produced here was worth less than the oil produced in west Texas because it cost more to get it out of the ground. I was wrong, as I learned from Chad Hathaway the other day when he

appeared on my radio show (KERN NewsTalk 96.1 FM). Because most of our oil stays in California (there are no pipelines bringing oil from other states into the state) Hathaway said the two types of petroleum produced here - Midway Sunset and Buena Vista Light - are routinely priced higher than the West Texas Intermediate. For the first time in four years, Hathaway is optimistic that the price of oil seems to be stabilizing around $65 to $70 a barrel. Hathaway in the president of Hathaway Oil.

* ... THANKS NBC: Did you see the new video about Bakersfield that is floating around the internet? It is produced by a new organization called NBC Left Field, which is an attempt by NBC to attract younger readers via videos on social media. I cannot think of a more unflattering portrayal of Kern County. NBC Left Field uses former talk show host Inga Barks to explain our city (a dubious choice itself) and its bleak, unflattering video of our community makes me wonder if this was simply yet another hit piece from the start. And on its teaser logo: a Latino man holding a gun. Really? But you be the judge. 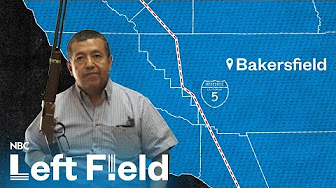 * ... BURGER WARS: Bakersfield is getting another burger franchise, this one specializing in mini, slider-type custom burgers and variations of french fries and onion rings. Burgerim, which has dozens of outlets in 15 states, plans to open two locations in the southwest (Gosford and Stockdale Highway) and one in the east (Mt. Vernon.) The company has 20 locations in California. 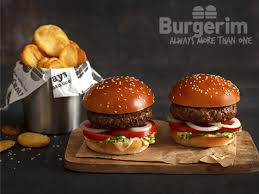 * ... BAD FORM: So did you hear about the high school student who showed up at the East High Winter Formal with a six-inch switch blade in his pocket? It was discovered during a routine pat down but what wasn't routine was his response when he was told he and his parents had signed an agreement not to bring guns or knives to the dance. His response: "My father told to bring in." The student in question attends Centennial High and his date East High.

* ... CHARLIE MANSON: By the way, did you catch the KGET TV report on the man who claims to be Charlie Manson's grandson who wants to claim his body? Check out his picture here (courtesy of KGET) that had this caption: "Jason Freeman claims to be Charles Manson’s grandson and is seeking control of Manson’s remains. He says his grandpa was a 'kind and giving person.'" Kind and giving? Tell that to Sharon Tate's family. 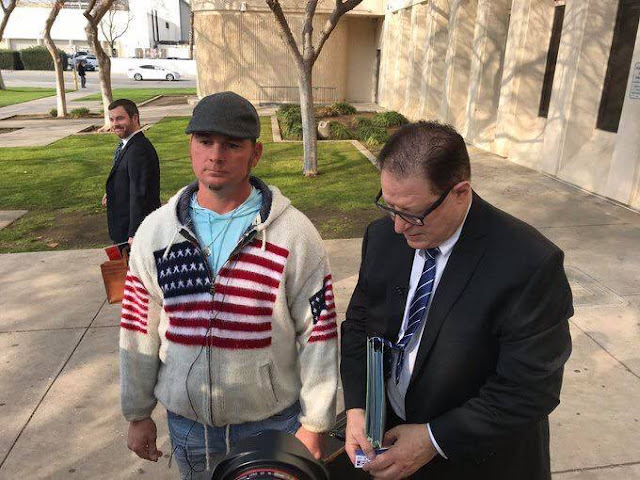 * ... SPOTTED ON TWITTER: "My personal trainer at the gym told me I need to start working on my upper body strength. I told him to just open the damn pickles and STFU."

* ... GOOD FORM: Did you know that a North High graduate named Suzanne Filkins is the associate producer of the critically acclaimed film "Call Me by Your Name"? That's the word from reader Teri Filkins who said her sister in law, Suzanne, was involved in the movie that has been nominated for four Academy Awards, including Best Picture. Susanne is the daughter of Dr. Mylon and Mrs. Pat Filkins.

* ... OLD PHOTO: This photo was found in an old home on 19th Street downtown while a friend was moving out. Do you recognize the people in picture? 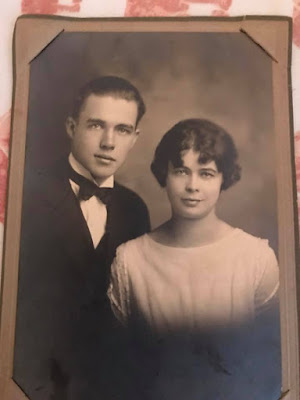 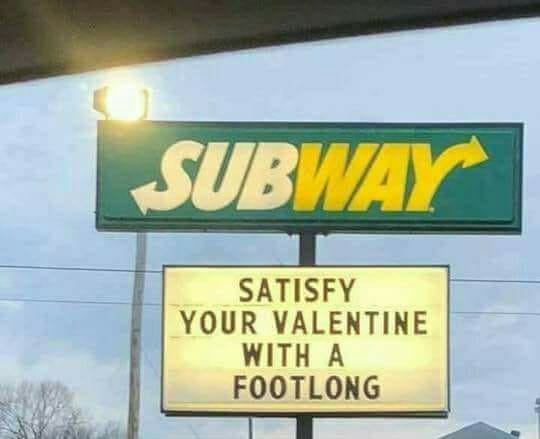 Posted by Richard Beene at 6:40 AM No comments:

If you are white and you enjoy yoga are you racist? CSUB focuses on the Dust Bowl and the Bakersfield Sound and remembering Mark Abernathy and his impact on local politics

* ... RACIST YOGA: Next time you grab your mat and head downtown for a little yoga, check your racism at the door. That's right, a Michigan State professor says white people who practice the downward facing dog are contributing to a "system of power, privilege and oppression." The

professor, Shreena Gandhi, accused white people of inappropriately appropriating the culture of "recent immigrants, such as Indian women to whom this practice rightfully belongs." If this sounds nutty, well it is. It's yet another example of the tribalism of America where everyone has a beef and the world is divided by race, ethnic background, gender, political affiliation, geography, hair color and now, their exercise routine. In this case, Gandhi coauthored a piece with Lilli Wolff, a "self described anti racist white Jewish organizer, facilitator an d healer" who has called for "decolonizing yoga." Or whatever the hell that means. If this weren't so serious, it would be funny. 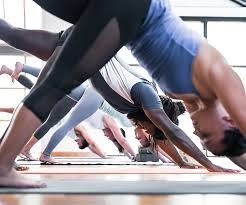 * ... ACLU: The American Civil Liberties Union (ACLU), which this week announced a lawsuit against the Bakersfield Police Department for allegedly jailing an African-American man for refusing to answer an officer's "invasive" questions, is opening its first Central Valley office here in Bakersfield. No word on exactly where the ACLU will be located or what month it will open.

* ... PUBLIC HISTORY INSTITUTE: Did you know that Cal State Bakersfield has a Public History Institute focused on preserving, chronicling and sharing with the public our rich local history? History professor Miriam Vivian told me the institute has reams of digital files on local topics of interest including the Dust Bowl, the Bakersfield Sound, oral histories and the experience of African-Americans in Kern County. 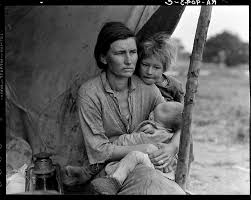 * ... MARK ABERNATHY: If you doubt the influence of the late Republican political consultant Mark Abernathy, consider this: over his long career he helped manage the campaigns of almost 350 candidates, and he left this world with a 97 percent victory rate. That is astonishing by any standards, and it is why so many Republican candidates in Kern County sought out Abernathy and his firm Western Pacific Research. His surviving wife, Cathy Abernathy, is no slouch herself, having served as chief of staff for former Congressman Bill Thomas for more than 20 years.

* ... SPOTTED ON TWITTER: "If anyone ever tells you your dreams are silly, remember there’s some millionaire walking around who invented the Pool Noodle."

* ... BAD FORM: So what is the protocol when it comes to riding a horse on a pedestrian path? Some folks who walk the Panorama Bluffs are asking after encountering horse manure - a lot of it - on Monday morning. And speaking of poo, check out this picture I found on Facebook the other day... 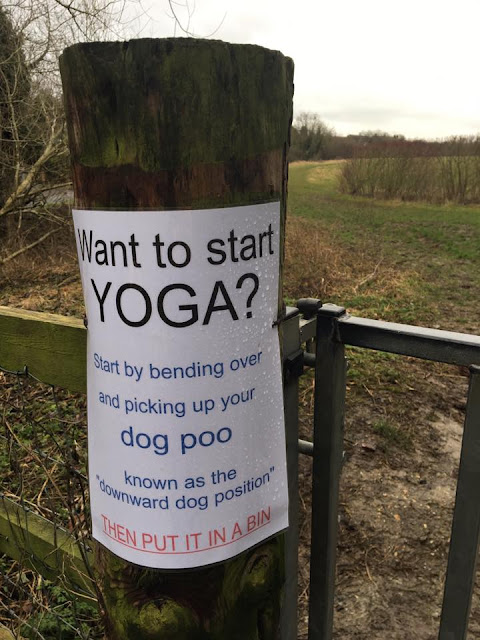 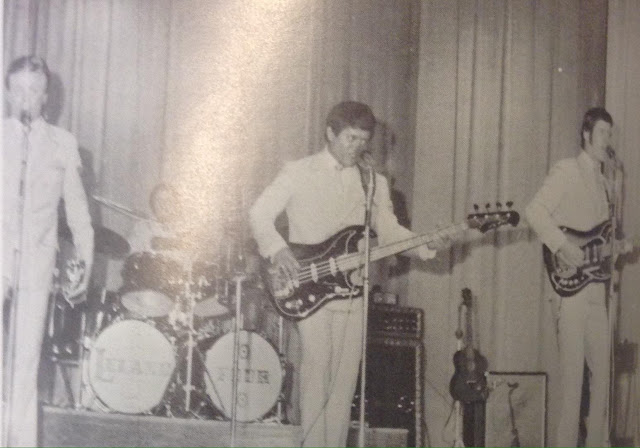 Posted by Richard Beene at 9:21 PM No comments:

* ... ABERNATHY: I was sad to learn of the passing of Mark Abernathy, a local Republican

political consultant and strategist who left his mark on Kern County politics. News of his death was posted on Facebook by his daughter Maggie who said only that Abernathy died after a short illness. Abernathy was a sometime polarizing figure in local politics because of the enormous power he held to wage bare knuckled campaigns. Always a determined and fierce competitor, he devoted his life to making sure Kern County stayed true to its conservative roots. His company, Western Pacific Research, helped Karen Goh defeat Kyle Carter in the Bakersfield mayor's race and he also ran Bruce Freeman's successful campaign for the city council. In addition, he ran Supervisor Zack Scrivner's campaign as well as former supervisors Roy Ashburn and Ken Peterson. 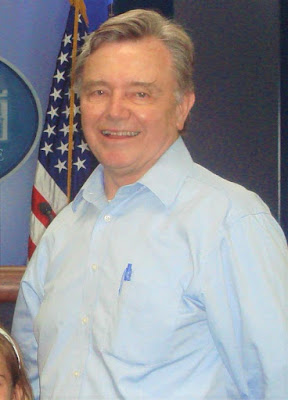 * ... SPOTTED ON TWITTER: "I want to find someone who looks at me the way my dog looks at cheeseballs."

* ... SANTA CAROTA BEEF: Good news for the local ranching family that produces the carrot fed Santa Carota beef: the Eureka! burger restaurant chain will start serving a Santa Carota burger at four locations next month. In addition to the Bakersfield location, the locally produced burger will be available in Hawthorne, San Diego and at the new Eureka! location in Las Vegas. Local ranchers Justin and Corinne Pettit said the beef, high in vitamin B12 and leaner than a normal burger, is also being sold at KC Steakhouse, Temblor Brewing Co., Luigi's and Wood-Dale Market. 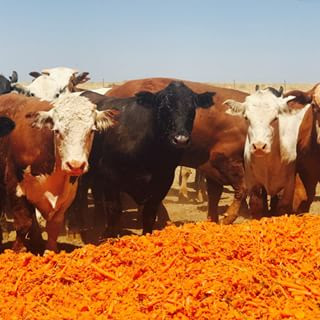 * ... HOT YOGA: This may mark a new low when it comes to criminals. Last Sunday at the downtown yoga studio Inner Body Works, someone snuck into the studio while a class was in session and rifled through the purses and jackets stored in the studio cabbie holes. Cash was taken from the register and some wallets and phones were taken.

* ... GOOD FORM: When you finally give up on your big bank that treats you like a faceless pest, head over to Mission Bank for some old school, friendly customer service. I did, and it was the best move I have made in a long time.

* ... BAD FORM: Spotted on Facebook: "Another lesson learned in not keeping your garage door opener in your truck. Bastards got into the truck then into the garage, luckily only grabbed a couple things. If anyone sees a Dewalt drill with extra battery, charger and a case of Craftsman tools come up for sale let me know. Happened in San Lauren neighborhood off Hageman and Knudsen."

* ... HISTORY: Spotted this historic photo on the Kern County of Old Facebook page, with this entry: "The New China Cafe at 18th and Q, as seen in this 1929 shot, was built of specially fired colored bricks in 1928. It was badly damaged in the 52 quake and was reinforced and rebuilt with Flemish Bond bricks. Today it houses the Jasmine Nyree Care Center." 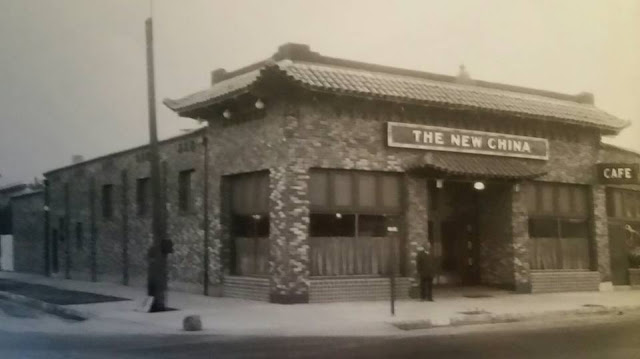 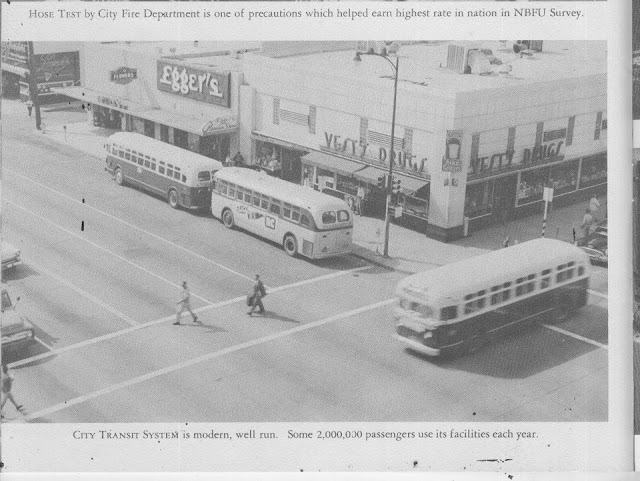 Posted by Richard Beene at 3:15 PM No comments: