* ... SCHOLARSHIPS: The success of any public university eventually comes down to the support it receives from its alumni base and the community it serves. So I was heartened to hear about the 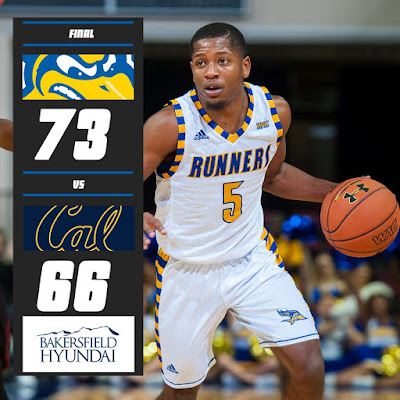 * ... FOX THEATER: What in the world is happening with the historic Fox Theater and the foundation that runs it? The explosive and troubling story, first reported by Steve Mayer of The Californian, noted that $154,000 in ticket sales went missing in an apparent dispute between Bob Bender (Bender Entertainment) and the group that represented two comedians who appeared at the venue. The foundation, headed by Melanie Farmer of the Downtown Business Association, has washed its hands of responsibility but that falls far short of what is needed. Someone (hint: that would be you, Melanie) needs to go public to assure the public (many whom have given generously to save the iconic theater) that there is no danger of inflicting long term harm to the Fox. In addition, what is the foundation doing to make sure this doesn't happen again? 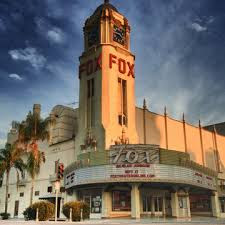 * ... KERO: KERO-TV has hired Nancy Bauer Gonzales as its news director and she will start at the Scripps-owned station later this month. She most recently was the news director for a Spectrum cable news channel in Palmdale. Prior to that she was the vice president of  news for the Los Angeles duopoly of KCBS-TV Channel 2 and KCAL-TV Channel 9 for a decade and before that was news director at KNBC-TV Channel 4 also in LA. She is married to KBAK/KBFX main anchor Dave Gonzales. Meanwhile, the station has hired six recent graduates from Arizona State University who will live in Bakersfield for the next year to learn the trade, doing everything from reporting to producing. 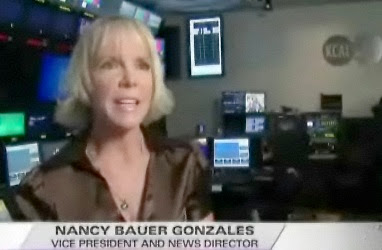 * ... SPOTTED ON TWITTER: "Happiness is using an ATM and finding a receipt left by someone with an account balance lower than yours."

* ... CALIFORNIA: "My friend in Arizona just bought and registered a 2002 Tacoma there.
For title and two years registration cost $53. This state is screwed up worse than polio. I can't wait to leave here."

* ... GOOD FORM: George and Agnes Plantenga celebrated their 54th wedding anniversary on June 28, accompanied by family and friends at the downtown Mexicali. "When it came time to pay to pay our bill, we found out it had been paid for," they wrote. "We want to say a big thank you to whoever paid for our dinner."

* ... HAPPY HOUR: A few months ago I told you about the new expanded happy hour at The Padre Hotel, a full five hours from 2 p.m. to 7 p.m. Well, it turns out that may have been too much of a good thing and the happy hour has now been scaled back to 6 p.m. Meanwhile, the popular Firestone restaurant off California Avenue has a similar happy hour that ends at 6 p.m. but it also promotes $5 bloody Mary's and mimosas all day Sunday. 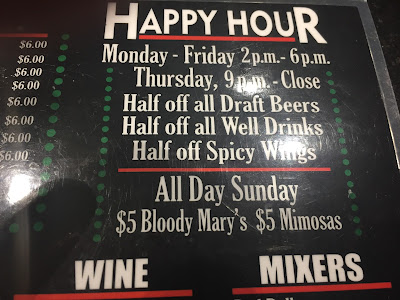 Posted by Richard Beene at 7:44 AM No comments:

Five Guys cheeseburger is tasty but expensive, some history on the Big Indian in town, valley fever explodes after the wet winter and CSUB serves the first generation college student

* ... FIVE GUYS: I stopped by the new Five Guys burger joint over on Calloway and Rosedale

Highway the other day. The verdict: a solid, good burger served by a friendly staff in a lively environment. The French fries were delicious, if a tad thick for my taste, and I enjoyed the free peanuts, a nice touch borrowed from the trend in the Deep South where free peanuts are a staple in many restaurants. The downside: my bacon cheeseburger, fries and a small drink cost $14 and change. That seems a tad pricey no matter how good the burger was. By my calculation, the best casual dining burger in town remains at In-N-Out while the Hudson burger at Muertos Kitchen  and Lounge eclipses the field as the best restaurant burger in Bakersfield. 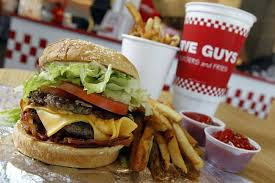 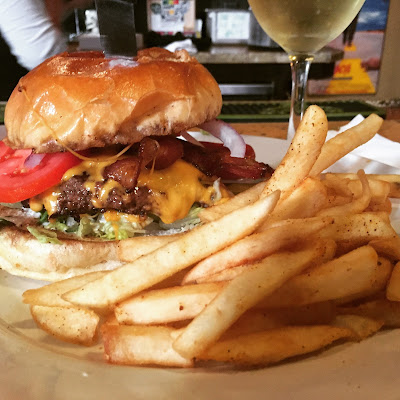 * ... BIG INDIAN: Marty Butt is the former superintendent of Standard School District (1990-1998) and she sheds this light on the "Big Indian" statue that now stands next to Ethel's Corral out off Alfred Harrell Highway. Said Butt: "The Indian mentioned by Ken Barnes spent some years as a mascot for the Standard Middle School before the school's mascot name was changed from Indians to Warriors. While I served the community, the Indian that is now at Ethel's was transferred to its current location. A plaque at the Indian's base mentions it's time in SSD." 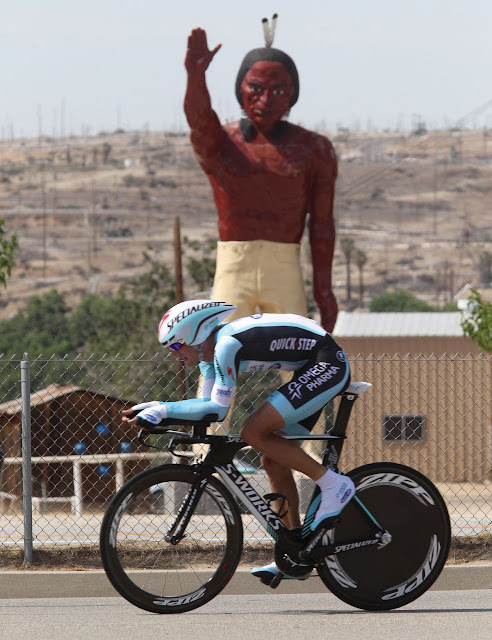 * ... SPOTTED ON TWITTER: "It's a good thing our bodies age slowly. It's so much easier to be horrified just a little bit each day."

* ... CSUB: Did you know that between 60 and 70 percent of the students enrolled at Cal State Bakersfield are the first in their families to attend college? In an area with an alarmingly low percentage of adults with undergraduate degrees, that is good news. 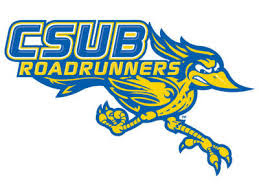 * ... VALLEY FEVER: Another (perhaps) unexpected outcome of our wet winter: a spike in valley fever cases. That is the word from Dr. Raj Patel of Preferred Family Care who said 2017 is on the verge of becoming the worst case for valley fever cases since 1992.

* ... KERN RIVER: Ed Cadena has this to say about the drownings in our local Kern River: "I was in Morro Bay Saturday for the Morro Rock to Cayucas Beach Run. Saw this sign by the Rock 'Death from drowning happens once in a life time.' "Post signs like this along the river."

* ... MEMORIES: A letter to the editor in Saturday's Californian triggered this response from retired police officer Joe Moesta. "Wearing your hat was part of the required uniform of the day (in the 1970s). It didn't make any difference if you were out of your vehicle on a call or inside your vehicle on routine patrol. You were required to wear your hat. It might be 3:30 in the morning and you were the only car on the street, but if Sgt. Benfield saw you bare headed, you could expect to hear on your police radio, 'Able 1-4, put your hat on!' Those were also the days when the only difference in the winter and summer uniform shirt was 'wearing a tie.' The winter uniform shirt was the long sleeve navy blue wool shirt with a tie, and the summer uniform shirt was the long sleeve navy blue shirt without a tie. The temperature of the day made no difference. And those were the 'good old days.'"