CSU Bakersfield seeks to emulate the success of Gonzaga, Butler and others, Griffith Field gets a renovation and looking for wildflowers in Kern County

* ... BIG DANCE: CSU Bakersfield's appearance in the NCAA Tournament will give the university some priceless national exposure, and there are plenty of examples of the tournament putting smaller schools on the map.
Gonzaga, a small Jesuit school in Spokane, Wash., is primarily known for its "giant killer" status in college basketball, as is Butler University, another small school in Indianapolis that has created a national brand via the Big Dance. Like CSUB, these are regional schools that have gained national prominence via excelling in one sport: basketball. And with that exposure comes recruits, alumni pride that evolves into alumni giving, and out of area students seeking to live on a campus with a rich winning tradition. 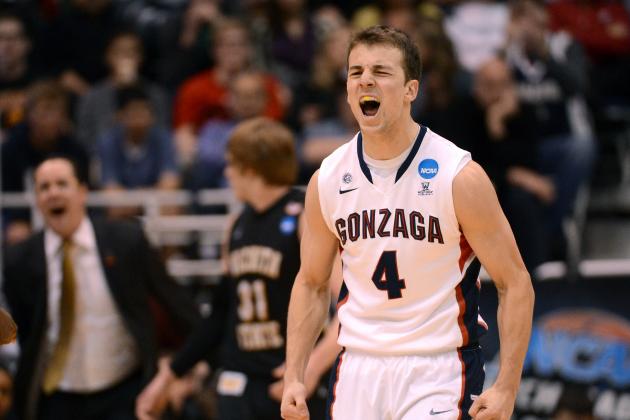 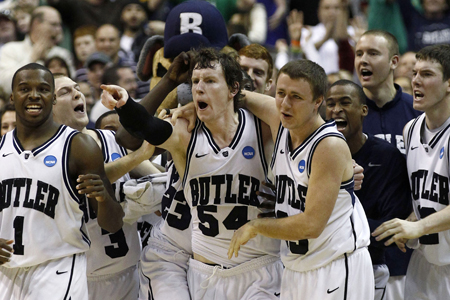 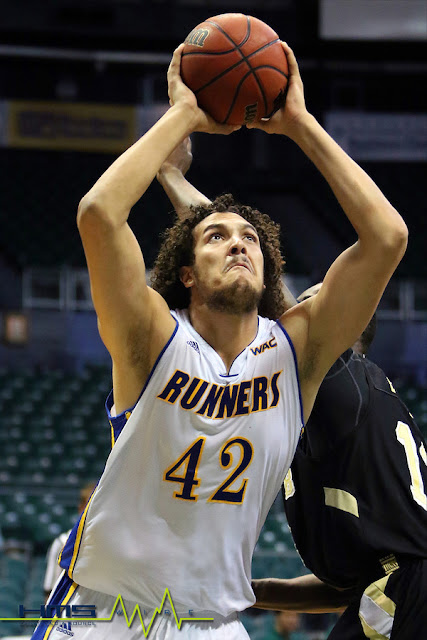 * ... WILDFLOWERS: There are pockets of Kern County where the wild flowers are spectacular this year. Consider this note from Jon Crawford: "Highway 58 up the grade from McKittrick to Carrisa Plains is at its peak of Gold Fields, Fiddlenecks, Lupines, etc. – just beautiful and then to top it all off, are the multitude of solar farms. The contrast of God’s beautiful creations to man’s eyesores are too apparent to avoid."

* ... GRIFFITH FIELD: It's bitter sweet to watch the demotion and renovation of Griffith Field, Bakersfield High School's legendary venue for decades of Driller football. The main grandstand will remain, but pretty much everything else of the stadium is being leveled to make way for a new track and artificial turf. 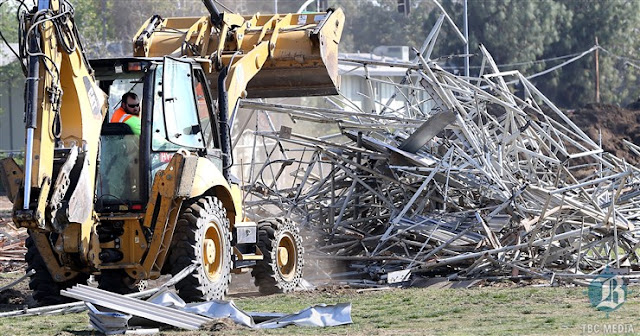 * ... RAY DEZEMBER: A memorial service the Ray December will be held on Monday at 10 a.m. at St. John's Lutheran Church off Buena Vista. This will no doubt be a standing room only affair for a man who meant so much to this community and exemplified the concept of "servant leadership." If you expect to get a seat, I would advise arriving early.

* ... FOODIE: My recommendation of the week goes to Match Point Grill, the aptly named sandwich shop that operates at The Bakersfield Racquet Club. I stopped by the Pine Street diner to catch some of the incredible tennis being played at The Bakersfield Open, and wandered into the sandwich shop for a tuna sandwich and iced tea. It's a homestyle diner with a limited menu surrounded by tennis action. BRC, meanwhile, is looking as good as it ever has. If you haven't been in a while, check it out. 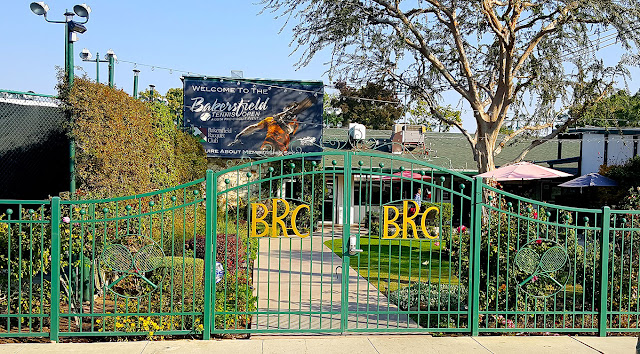 Posted by Richard Beene at 2:20 PM No comments:

CSU Bakersfield, a blue collar team with its eye on the prize, heads to the NCAA tournament and Bakersfield loses a local titan with the passing of Ray Dezember

* ... CSU BAKERSFIELD: I had the chance to sit down with Coach Rod Barnes to chat about the Roadrunners heading to Oklahoma City to play in the NCAA Tournament. After beating New Mexico State to win the Western Athletic Conference (WAC) tournament, Bakersfield goes into the game again the University of Oklahoma a 14.5 point underdog. The key to Bakersfield's success: Barnes

looks for hungry, blue collar players with something to prove, players who never give up and players believe in themselves and their teammates. Fifteen years ago Barnes took Ole Miss to the Sweet Sixteen, but it is this Bakersfield team that has won his heart. "We (his family) made a commitment to come here, to live and to build this program," he said. "We (the team) never talk about losing. We don't do that." One thing for sure: at 1 p.m. Friday everyone in town will be glued to the TV or radio when Bakersfield squares off against Oklahoma. 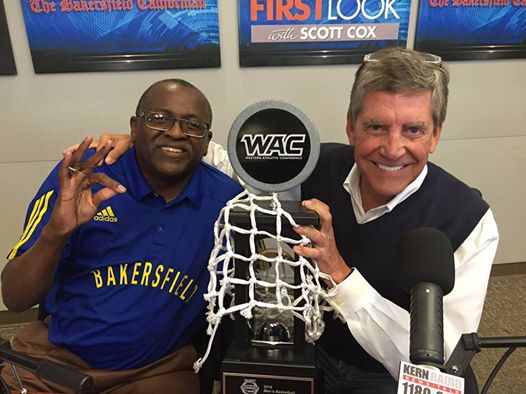 * ... RIP RAY: It's almost a cliche to refer to someone as "Mr. Bakersfield," but it was never an exaggeration when the term applied to Ray Dezember, the former banker and philanthropist who died Monday evening. I met Ray when I moved here in 1994 and he was on the Board of Directors of The Bakersfield Californian. He was unfailingly supportive and wise, and I was smart enough to take him up on his offer to have a weekly breakfast where he shared with me his knowledge of business and his love for this community. The philanthropy of Ray and wife Joan was impressive and widespread, but their giving was always done quietly and without fanfare. Deeply religious, Ray epitomized a life of servant leadership. 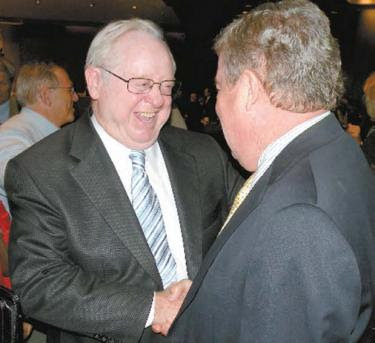 * ... BOWLING ALLEY: No fewer than two dozen readers weighed in a reader's question about the name of the old bowling alley that once existed on the east side. And clearly there is still come confusion between two old businesses; the Bakersfield Bowling Academy and the San Joaquin Bowling Alley.  Said Richard Cardiel: "I believe the bowling alley was the Bakersfield Bowling Academy. It was located next to 7-Up Bottling, which was at the corner of 18th and Sonora Street kitty corner from the old Bakersfield Sandstone store yard. Also located in the same area was a pedestrian underpass under (Highway 99) now Union Avenue. The underpass was either on  the south side of 18th or 17th street. It was used by kids who lived on the west side of Highway 99 to get to Fremont School." 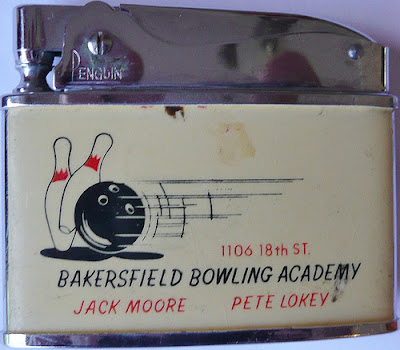 * ... MORE BOWLING:  Others, including Frank Alvarez, remembered the venue as being the  San Joaquin Bowling Alley "and the proprietor was Joe Karam. I can remember that this is where the professional bowler Don Glover used to bowl." And Dave "Doc" Rangel, retired athletic trainer at Stockade High School, agreed: "The bowling alley that Mary Durham was thinking of was San Joaquin Bowl. It was a Brunswick bowling alley. The other bowling alley on 18th, across from the Rice Bowl, was called, The Bakersfield Bowling Academy."

* ... MORE BOWLING: Lastly, there was this memory from Barbara Kilbreth Pederson: "The bowling alley mentioned in your column today, I believe to be San Joaquin Bowling Alley. My brother (Bill Kilbreth) was the manager there for a while. As an old timer, I have seen many changes in Bakersfield. Been here over 70 years, so lot of water under the bridge. I have always said that Bakersfield has the worst weather ( hot or foggy) but the greatest people in the world live here.  Go East High Blades!"


Posted by Richard Beene at 1:26 PM No comments:

* ... RUNNERS: Congrats to Coach Rod Barnes and his CSUB Roadrunners who are headed for an historic first appearance in the NCAA Tournament. But remember: all of this could not have happened without

the vision of President Horace Mitchell and many alumni and local business people who raised the money to get CSUB elevated to Division 1 status six years ago. It was not wildly popular at the time, but the idea was always simple: put CSUB on the national radar and add value to that Bakersfield diploma, thereby attracting more out of area students and athletes. 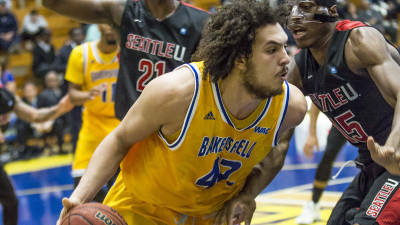 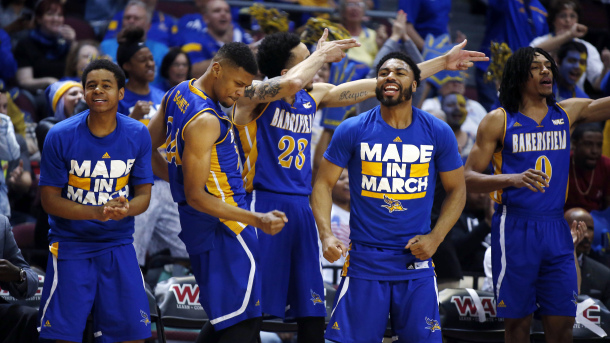 * ... CIOPPINO: This is a community that boasts a wealth of terrific fund raisers but few are as fun, and unique, as the annual Cioppino Feed. Golf tournaments are a dime a dozen in this town, but the annual West Rotary Cioppinio Feed is truly a one of a kind event. Featured is a tasty cioppino (fish and shrimp stew) along with salad, bread, wine and all the steamed clams you can eat. This year's event is Saturday, March 19, at Monsignor Leddy Hall at Garces Memorial High School. The cost is $100 a ticket and proceeds - usually around $100,000 - go to local charities. 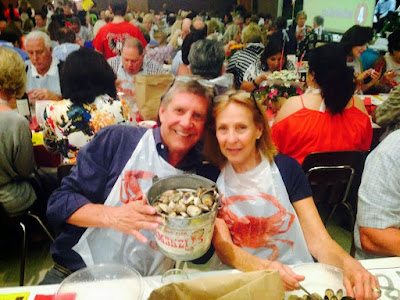 * ... SMOKERS: Paul Forster agrees that smokers should stop throwing cigarette butts out their car windows, but he offered this interesting twist: "For many years, if I am not mistaken, no one has been able to buy a new vehicle that has an ashtray in it, (nor a cigarette lighter). Just saying."

* ... GRATITUDE: Martha Ingle found something good in a terrible incident involving her daughter in law: "Our family is very grateful for the quick work of city employees and several BPD officers. Our daughter-in-law was attacked yesterday afternoon. Jorge and his co-worker of truck 4233 stopped the attack, called police and ambulance and stayed with her until the responders arrived.  Quick work by the police officers resulted in the arrest of the attacker. We wanted to publicly thank all involved for their bravery and kindness during a very frightening situation."

* ... WALTON: And speaking of sports, and legends, I have purchased my ticket to see Bill Walton when he comes to town April 21 to support Bike Bakersfield. The famous UCLA center and pro basketball player credits cycling with returning him to fitness after years of surgeries and physical ailments. "My bike is my gym, and my church and my wheelchair," he said. Walton will appear at the Gardens at Mill Creek at 6 p.m. For tickets and sponsorship information call (661) 321-9247. 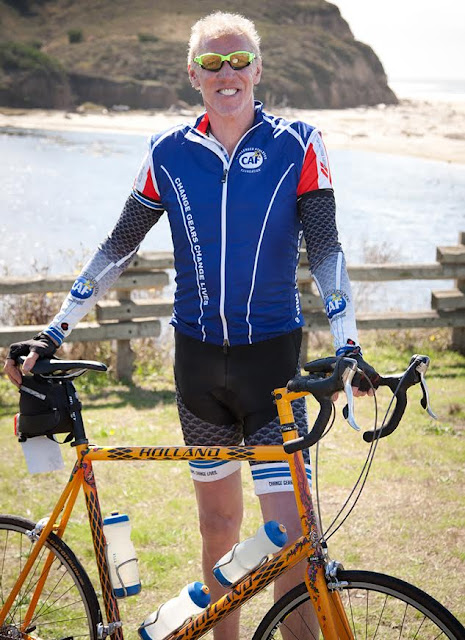 * ... MEMORIES: So who out there can help Mary Durham answer this question: "Richard, our birthday buddies gathered at Casa Munoz for Taco Tuesday and the discussion came up that the restaurant at one time was Sambo's and the 7-UP Bottling Company was down the street on 18th but none of us could remember the name of the bowling alley next to it. Could you help us?"

Posted by Richard Beene at 4:06 PM No comments: