* ... HOME PRICES: Earlier this week I speculated that - judging from some of the asking prices on local homes - we may be entering another mini real estate bubble. Not so, says appraiser Gary

Crabtree, who told me the market has been basically flat since last September with the average media sale price being $218,000 at $134 a square foot. "On the other hand," he said, "the average median asking price over the same period was $255,500 with an average unit price of $143.50 per square foot. Your observation is correct, sellers are unrealistic in their asking prices. The issue is the economy. There is virtually no market above $300,000 and that is where the majority of the unsold inventory sets. Why? Forty five percent of the Bakersfield buyers must rely upon the low down payment government financing which has established the maximum loan for our community and much of the Central Valley of California at $271,050 while the Los Angeles and San Francisco have government loan limits at $625,500 or 130 percent higher, thus the federal government is in 'de facto' control of the real estate market. Where is Congressman McCarthy when we need him?" 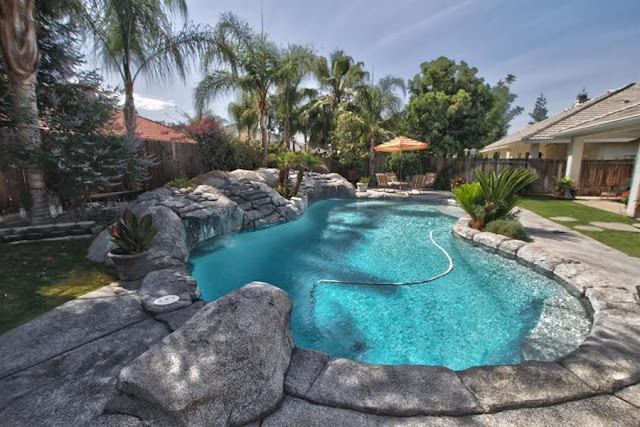 * ... MORE HOMES: And local Realtor Michael Richert added this: "Unless it comes with a famous chef who stays with the property, the overpriced house won’t likely sell. There are a lot of homes on the market because the seller is dictating the purchase price instead of the Realtor.  All those hard working, laid off oil field workers and those who benefit from their income, aren’t buying.  However, a clean, updated, well-priced home will sell to a very limited group of buyers. "

* ... FRIENDSHIP: Al Gutierrez gave me a call to share a story of kindness and having your friend's back. It turns out his son, Jeff Gutierrez, owner of DeWalt Corp., suffered a mild stroke last Friday in Fresno and found himself alone in a parking lot unable to drive. After an Uber driver took him to a local hospital, it was his friend Jeff Green (general counsel Grimmway Farms) who drove to Fresno and spent two days in the hospital with his close friend, never leaving his side and bringing him back to town. "Now that's a true friend," Al Gutierrez told me. 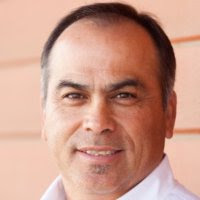 * ... SPOTTED ON INSTAGRAM: ""Everything happens for a reason. Sometimes the reason is you're stupid and make bad decisions."

* ... HOMELESS: A reader dropped me this note: "Every day we drive through downtown on 24th Street. Heading west just past Pep Boys is a homeless camp on the front 'porch' of the building just on the right. Looks like a group of maybe six or seven permanently camped out.. Hasn't anyone else noticed? They are there day and night.. this building will not win a Beautiful Bakersfield Award."

* ... WOMEN: Hats off to Cynthia Icardo, Tracy Walker Kiser, Danielle Wade and Nomra Rojas-Mora on being selected at Garden Pathway's 'Women with a Heart for Bakersfield.' The organization's  High Tea will honor these women next Wednesday, May 11. 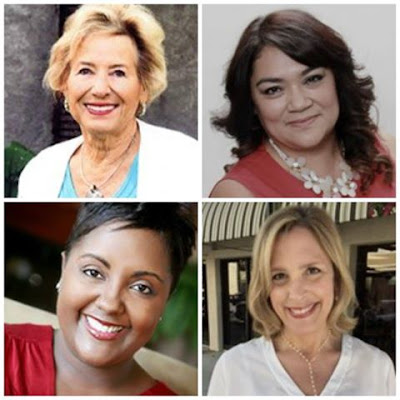 * ... VOLUNTEERS: We have moved into the prime fund raising season, and you don't have to look far to see folks volunteering for good causes. Recently, more than 50 women showed up to support the Power of the Purse campaign at the home of Wes and Tracey Bradford. Said Darlene Mohlke of Castle and Cooke: "Included in this group of volunteers were local business owners, community partners and 18 of the best and brightest from the CSU Bakersfield swim and dive team. These young adults come from all over to not only represent their sport, our college but give back to our community. The event raised over $120,000 and went to The Alliance Against Family Violence and Sexual Assualt. Our community really knows how to support each not only with their generous donations but with their wiling spirit to do what is needed to put on a great event."
Posted by Richard Beene at 1:55 PM No comments:

* ... FRACKING: The folks trying to outlaw and demonize fossil fuels were dealt a setback this week when the Colorado Supreme Court struck down local government prohibitions on hydraulic fracturing. The court ruled that a moratorium in Fort Collins, as well as an outright ban in Longmont, were invalid because state law pre-empted them. At least two other cities in Colorado, and Boulder County, have anti-fracking regulations that could be affected by the rulings. Meanwhile, the Stanford University board of trustees has rejected the idea of divesting in fossil fuels, despite pressure from students and anti fossil fuel types. In a rare example of common sense on a university campus, the board noted it believes in reducing fossil fuel consumption, and developing alternative energy sources, (but) “at the present moment oil and gas remain integral components of the global economy, essential to the daily lives of billions of people in both developed and emerging economies. [G]iven how integral oil and gas are to the global economy, the trustees do not believe that a credible case can be made for divesting from the fossil fuel industry until there are competitive and readily available alternatives.” 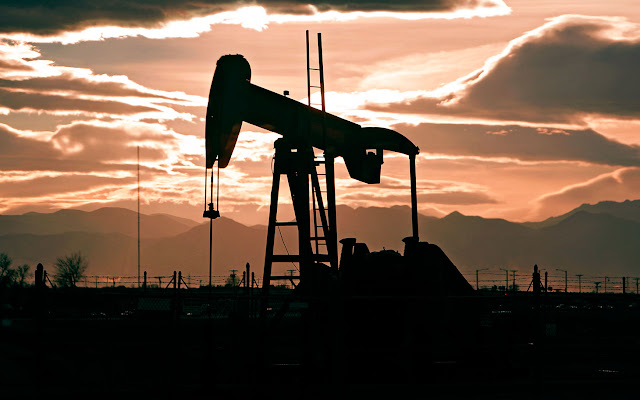 * .... HOME PRICES: Am I the only one who suspects we may be experiencing a mini bubble in the housing market, or does hope spring eternal when you are selling a home? Look around in virtually any neighborhood and you will find a lot of inventory on the market, and many of these homes seem aggressively overpriced. Yes, mortgage rates are still attractive but when prices of $200 per square foot become the new average in this town, if you have to wonder how long this will last.

* ... SPOTTED ON FACEBOOK: "The best part about being an adult is never having to do math ever again."

* ... BAD FORM: I received this note from Paul Forster: "I applaud your on-going attempts to highlight bad driving behavior, so I thought I might help. Driving west on Olive, approaching Jewetta today, around 2 p.m. I noticed a black Subaru,  weaving in the right-hand lane, with a dog's head out of the driver's side window, on his lap! If that was not scary enough, when I passed him, he was talking on his mobile 'phone, stuck to his ear... need I say more?" That about covers it, Paul.

* ... ROTARY: I neglected to mention that the volunteers I spotted cleaning up the rest stop next to Manor Street were members of the Bakersfield Breakfast Rotary Club. Thanks to Craig Holland for reminding me.

Posted by Richard Beene at 11:06 AM No comments:

* ... ACCOLADES: I was glad to see so many of my favorites were voted "Best Of" in the annual BakersfieldLife magazine readers poll (Sequoia Sandwich Co., Mexicali, Wool Grower's, Luigi's, The Padre Hotel, Motor City to name a few) but special kudos go to "Best Doctor" repeat winner Dr. Raj Patel, my own personal physician whose personal touch and attentive staff do not go unnoticed by the public. 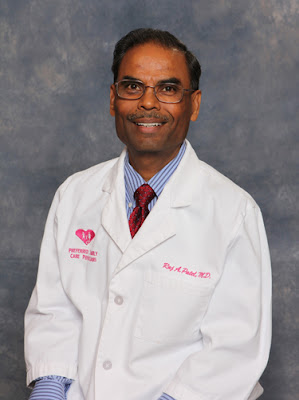 * ... PADRE: And speaking of the Padre, there are few bigger fans of the old girl than me (I have spent so much money there they should rename the Oil Baron's Suite after me), but who told these guys to take French fries off the menu at the popular Brimstone bar and replace them with cucumber sized potato wedges? 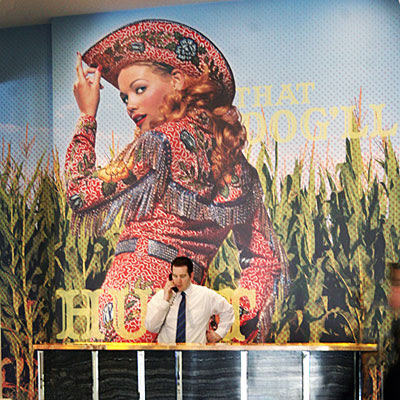 * ... HILLARY: Did you catch the obit in the newspaper last week for Patrick (Pat) Lee Jamieson. Even in death, as one reader said, he let his political feelings be known toward the end of the obit: "Mr. Jamieson requested that you NOT vote for Hillary Clinton."

* ... GOV. NAPOLITANO: I was in San Francisco recently and heard former California House speaker Willie Brown speak. His prediction of who is positioning herself for a run for higher office in California, either governor or the Senate? Janet Napolitano, now head of the University of California system and former head of Homeland Security and former governor of Arizona. 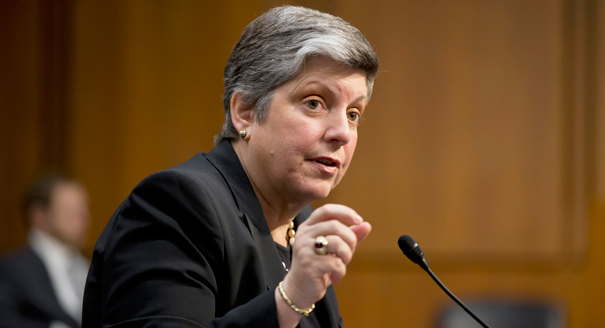 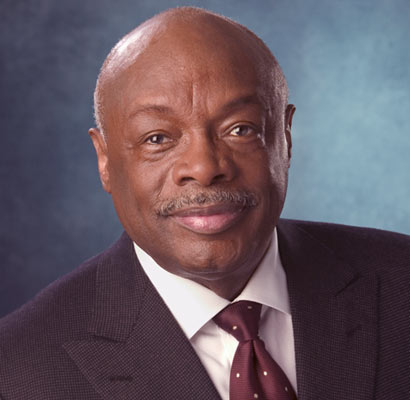 * ... BAD FORM: How is this for irony: on a bike ride Saturday I passed Mayor Harvey Hall and a group of volunteers sprucing up the bike path area near Manor Drive, and yet 10 minutes later near Ethel's Old Corral Cafe I spotted a half dozen soiled diapers on the side of the road. And so it goes.

* ... ACHIEVER: You can't blame Joanne Shepard for a little bragging: "My granddaughter Katy Shepard Rios was honored by Bill Jager, principal of Columbia School, as teacher of the year. It was a tremendous honor for Katy to receive this award. In attendance was her dad, Steve Shepard, and brothers, her husband Brad Rios, who is employed as a firefighter with the county, and their children.

* ... JARED GOFF: Rick Riley is the chief executive officer of Townsend Design and he had good reason to enjoy the large picture of Cal quarterback Jared Goff that ran in the paper after he was drafted by the Los Angeles Rams. Said Riley: "(It) shows this year's No. 1 pick wearing a Townsend Design knee brace, made here in Bakersfield. This is the second time in recent years a quarterback wearing a Townsend brace was drafted  No. 1. Andrew Luck (Stanford, 2012) also excelled during his senior season wearing a Townsend custom fabricated knee brace. Additionally, former NFL Super Bowl champion quarterback John Elway wore a Townsend knee brace throughout his professional career, and was featured in national ads endorsing our braces after his retirement. Three players in this year's Super Bowl were also wearing one of our braces. We've braced thousands of collegiate and professional athletes -- and hundreds of thousands of people throughout the USA and around the world have worn one of our orthopedic devices. I thought your readers would appreciate knowing there is a local company that is helping optimize the performance of elite athletes, and the quality of life for everyday consumers."

* ... WRESTLING: The folks who support wrestling at CSUB are at it again, holding yet another fund raiser to keep the storied program alive. An Evening for CSUB Wrestling is set for this Thursday, May 5, at Stockade Country Club. Tickets are $75. For information call (661) 302-4455.