More disruption for local restaurants downtown, Bill Thomas and Kevin McCarthy split in the race for District Attorney and seeking bar food at the Firestone Grill

* ... BAD FORM DOWNTOWN: You really have to feel for the people who run a retail shop or restaurant in the downtown area. It's my favorite place to dine, but it battles a perception that crime is rampant and parking is scarce. But that's not the worst of it, because it seems the city is determined to

do what it can to hurt business. First there was the long weekend of a classic car show where blocks were roped off for the car show and some restaurants were forced to close their doors because their patrons could not make it beyond the barriers. Then on Thursday, to celebrate the National Day of Prayer, 19th and Eye streets were blocked off for a prayer ceremony, once again reeking havoc for all the downtown eateries. Chef's Choice Noodle Bar actually closed for the day and bar owners like Kenny Reed (the Alleycat) claim they were never notified. The Downtown Business Assn. dismissed this as a simple mistake, but instead of making excuses for the event, shouldn't the DBA being fighting on behalf of the businesses it claims to serve? (photo courtesy of The Bakersfield Californian) 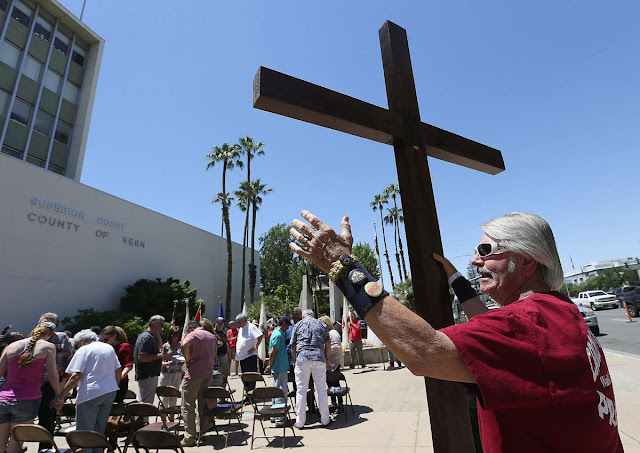 * ... POLITICS: I am not certain just how important endorsements are in political campaigns, but they are fun to follow. The race to succeed Lisa Green as district attorney is one to watch. Former Congressman Bill Thomas, who casts a long political shadow locally, has endorsed assistant DA Scott Spielman while his friend and successor, Majority Leader Kevin McCarthy, has thrown his support behind deputy DA Cynthia Zimmer. 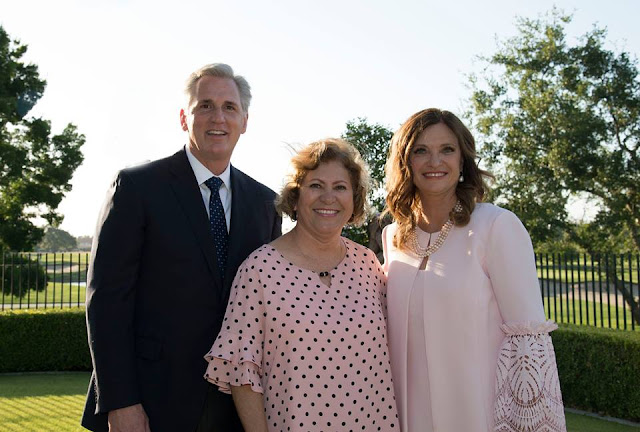 * ... LITERACY: Can you imagine going through life hiding the fact that you are functionally illiterate? It happens more than you might think, particularly here in Kern County where the adult illiteracy stands around 25 percent. Norm Brown, a high school dropout, went 47 years hiding the fact that he couldn't read before he headed over to the Kern Literacy Council where he was teamed up with retired petroleum engineer Ed Western as his English tutor. He is now reading daily, is the proud owner of his first library card, and devouring a biography on Walk Disney. Next time you are looking to write a check to a non-profit, consider the Kern Literacy Council.

* ... SPOTTED ON TWITTER: "What position is it in soccer where my kid tries to find a four leaf clover?"

* ... FOODIE: There are plenty of sports bars in town featuring bar food and big screen TVs, but few offer better customer service and quality food than Firestone Grill on California Avenue. In addition to having the best French fries in town, Firestone's staff goes above and beyond and the lineup of salads, burgers and barbecue is consistently top shelf. 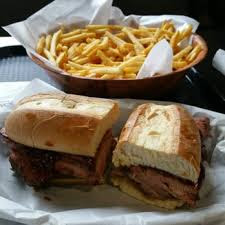 * ... JOHN COX: John Cox, a seasoned business reporter who left The Californian more than a year ago, is returning to the newspaper. Cox left TBC to take a job in San Diego but will will rejoin the newsroom on Eye Street. This is good news for The Californian, which has witnessed a serious talent drain over the past year. Among those who have left are columnist Lois Henry, sports editor Zach Ewing, city editor Christine Bedell, lifestyles editor Jennifer Self, politics reporters James Burger and education reporter Harold Pierce.

* ... MEMORIES: Check out this old photo of the Garces Circle compliments of the Kern County of Old Facebook page. 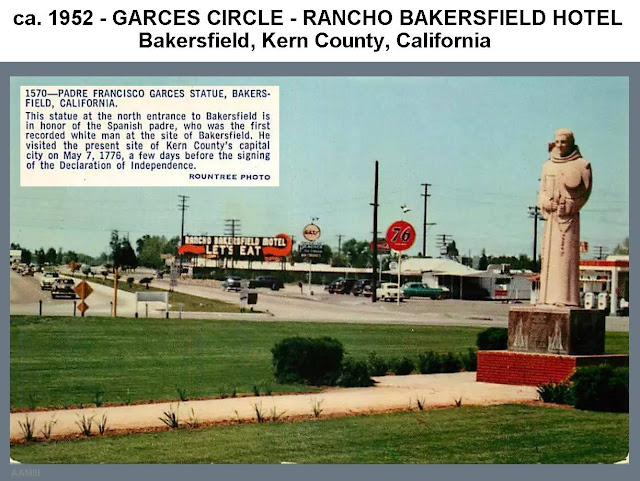 Posted by Richard Beene at 10:24 AM No comments:

Sizing up the weekend Uncensored Town Hall political debate, the daughter of political consultant Cathy Abernathy weds and a promising young man just getting started in life dies too young

* ... RIP MASON: I was stunned to learn of the sudden death of Mason Marotta, an accomplished young man who was just getting started with his life. There is no official word on the cause of death but a family friend indicated he may have died in his sleep. Mason is the son of Mike and Lynda Marotta (Mike is a founder of the physical therapy firm Pair and Marotta) and was an accomplished and skilled go-kart racer. He was just 23 and had attended Fresno State University. 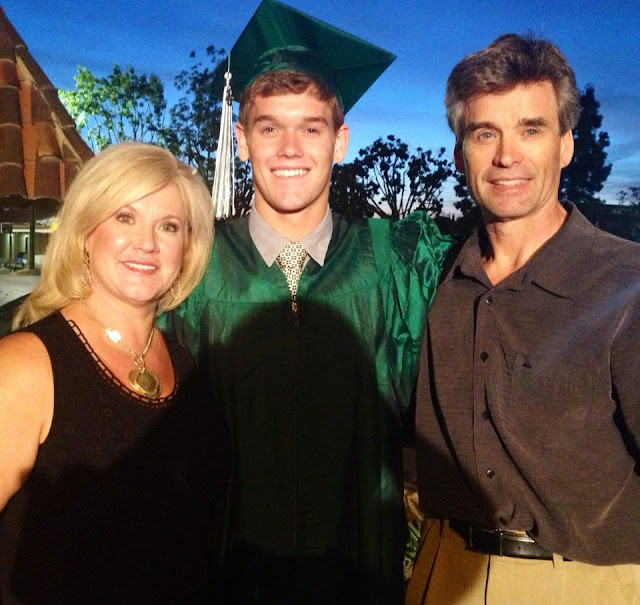 * ... POLITICS: I was honored to serve as a moderator, along with Supervisor Leticia Perez, for the first Uncensored Town Hall debate Friday night at the Bakersfield Music Hall of Fame. Our goal was to bring candidates together for three hours of straight talk, no gotcha questions, in a non-partisan manner. Unfortunately, this being politics, many of the well entrenched incumbents chose to boycott the debate. But here's a big shoutout to Sheriff Donny Youngblood and district attorney candidate Scott Spielman, who both chose to attend while their opponents (Justin Fleeman and Cynthia Zimmer) did not. Also choosing not to attend were Supervisors Mike Maggard (he was at the CSUB Jazz Festival) and David Couch. Maggard's opponent, Jeff Heinle, did show. The sparks of the night came when judge candidates Brandon Martin and Chad Louie squared off. There was no love lost there. The most impressive candidate of the night in my book was Tatiana Matta, an articulate young Democrat running against Majority Leader Kevin McCarthy. She may not unseat McCarthy, but she is a name we will be hearing more of in the future. (file photo of Matta) 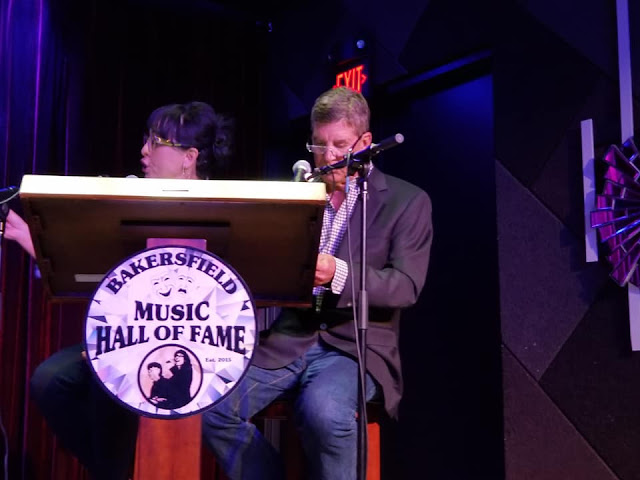 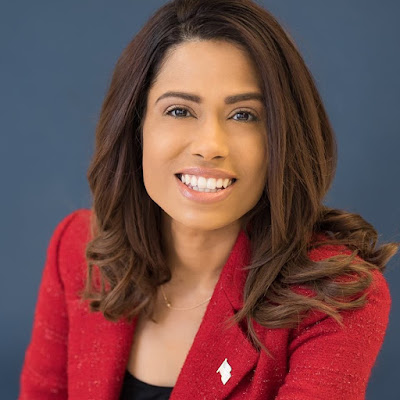 * ... AM I A RINO?: Speaking of the debate, if the goal was to search for common ground in a non-partisan manner, it largely succeeded. How do I know? Because it stirred up those who are more comfortable with labels and insults than finding common ground. I was criticized online by a complete stranger named Denice Gary-Pandol,  a pop-up "commentator" with no portfolio who seems to revel in poisonous party politics. She denounced me as a "Rino Republican" (that means Republican In Name Only) which I suppose she meant as an insult. If anyone cares, my politics run the gamut from extreme conservatism on some issues to progressive and centrist positions on others. If slapping a label on me feels good to you, Denice, go for it.

* ... ABERNATHY NUPTIALS: And finally congratulations to local political consultant Cathy Abernathy whose daughter, Margaret Anne Abernathy, was married this weekend at Stockdale Country Club. In a ceremony officiated by House Majority Leader Kevin McCarthy, Abernathy wed Joshua Gerald Brost. Margaret is a law clerk for Judge Evan J. Wallach on the U.S. Court of Appeals in Washington and Brost is the senior director of government business development for the Space Exploration Technologies Corp. in Washington. The bride's late father was Mark Abernathy, a longtime political consultant in Bakersfield.

* ... SPOTTED ON TWITTER: "How many dates should you wait before you tell a woman that you can’t go near schools?"

* ... JAZZ FEST: The CSUB Jazz Fest just concluded and the weather could not have been nicer. That said, the attendance was thin, there was no real headline act and it begs the question if the annual event doesn't need a complete makeover. 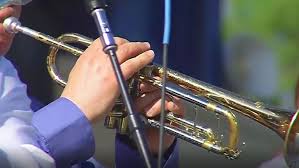 * ... NFL DRAFT: Congratulations to D.J. Reed, an Independence High graduate who was selected in the fifth round of the NFL draft by the San Francisco 49ers. A graduate of Kansas State, Reed was the 142nd overall pick in the draft. 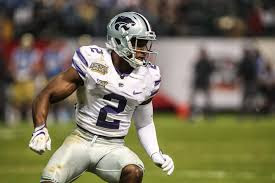 Posted by Richard Beene at 5:57 PM No comments: