* ... THE MAYOR'S MISSION: I ran into Mayor Karen Goh at the John Brock Awards dinner over at Seven Oaks Country Club this week and we had a long discussion about the homelessness issue.

Goh knows all to well the alarm and urgency that residents feel over the issue, and she acknowledged that "we need to show progress soon... we have to do something." Along with 10 other mayors from California's 11 largest cities, Goh met with Gov. Jerry Brown on the issue recently and she has also been studying how other cities are tackling the problem. I was struck by the mayor's energy and focus, and it occurred to me that this could be Karen Goh's opportunity to make this her signature success on the No. 1 issue on the public's mind. Stay tuned.

* ... BROCK AWARD: And speaking of the John Brock award, congratulations to Rogers Brandon who was honored as the 30th recipient of the coveted award, which recognizes community service and benefits the CSUB School of Business. Brandon is president of American General Media and is the past head of the Rotary Club of Bakersfield, Bakersfield Museum of Art, Memorial Hospital Foundation and CSUB Foundation. 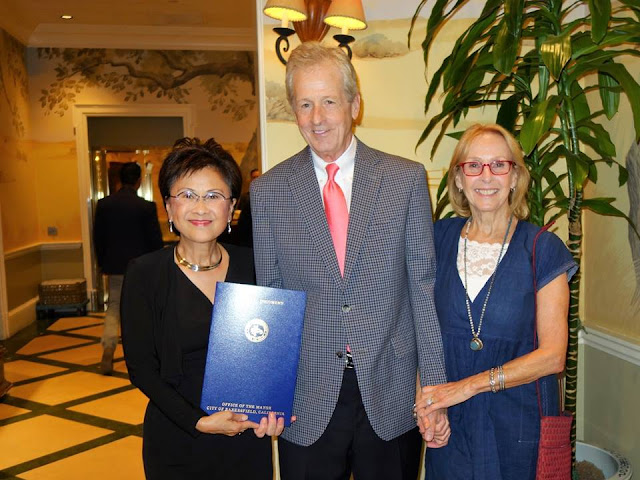 * ... MAXWELL'S: TL Maxwell's, the restaurant once owned by former City Councilman Terry Maxwell, has been sold and will be reopening soon after getting a complete makeover. The new owner is Dr. Lee Marek, the podiatrist who recently sold The Mark, another downtown restaurant that he owned with several investors. Marek told me the restaurant would reopen in October as the "Horse in an Alley." The eatery, located on 17th Place in the alley behind Uricchio's, has received new seating and a fresh coat of paint but will retain its iconic bar.

* ... SPOTTED ON TWITTER: "Dogs are tough. I’ve been interrogating this one for hours and he still won’t tell me who is a good boy."

* ... MORE TWITTER: "Quit sighing, people behind me in line. If the cashier had handed me the bills facing the same direction, we wouldn't be in this situation."

* ... SPOTTED ON FACEBOOK: A neighbor posts a video of a deranged homeless man banging on his front door, screaming to the heavens and dumping trash on his front lawn. He calls Bakersfield police who deem it a non-emergency and fail to show up. What would you do?

* ... GARCES MEMORIAL: Congratulations to the latest four entrants in the Garces Memorial High School hall of fame. They include Joe Munoz of Casa Munoz (in my book one of the best Mexican restaurants in town), former Garces principal John Fanucchi, John Roberts and Leroy Sacchini. They were inducted in a ceremony this week at Monsignor Leddy Hall. 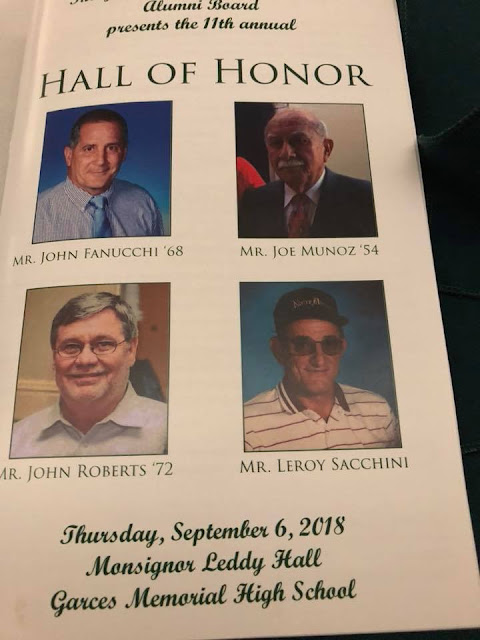 * ... MEMORIES: Check out this old ranch house in Delano back in the day. 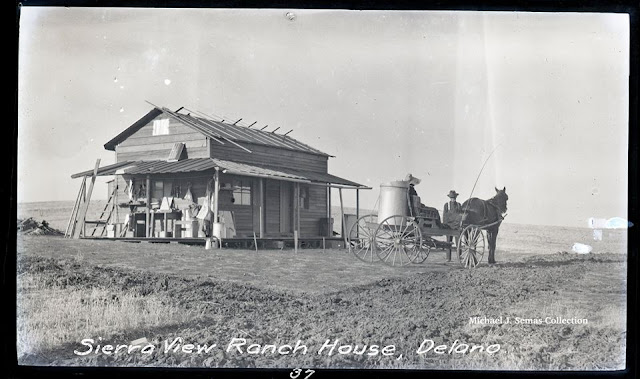 Steve Holloway steps up to help a veterans project downtown, the failure of the In-n-Out Burger boycott and a memorial service is scheduled for Steve Clifford

* ... GOOD FORM: For the past month or so a group of volunteers has been working on the "Portrait of a Warrior" gallery on Eye Street between 18th and 19th streets. Conceived as tribute to

our local veterans, the gallery has come together at the hands of volunteers, many of them veterans, who have put in the sweat equity to get it done. This weekend, because of a snafu, the painting contractor did not show up so Steve Holloway stepped up and sent in his own crew from his painting company - at his own expense - and finished the job. Hats off also to the 9/11 Veteran Committee that has been involved (Zachary Reese, Julio Torres, Ike Johnson and Chad Garcia Mioni), the CSUB Veterans Club , the Wounded Heroes Fund and others like Anthony Noble and Jennifer Lopez. Some of the local businesses that pitched in included Jost Flooring, Rebuilding Kern Together, Lowe's and Home Depot. 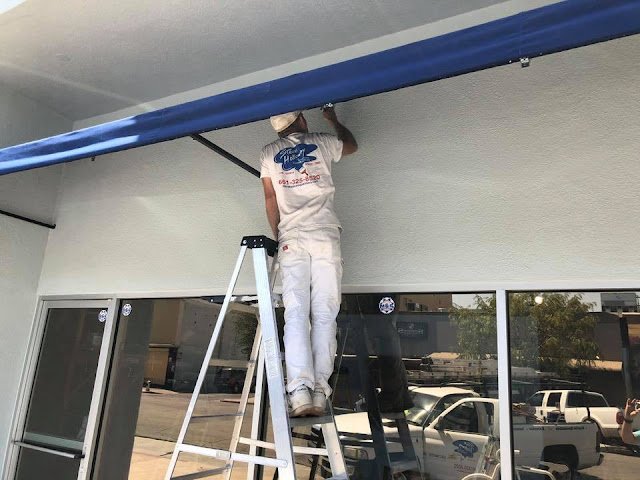 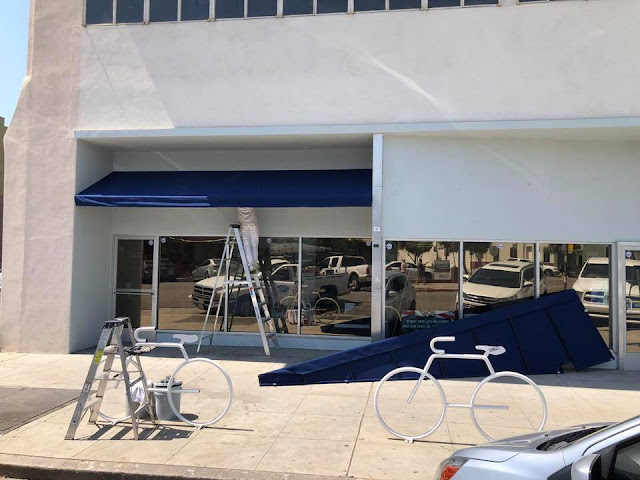 * ... OVERHEARD: A man is relating a story about the opening day of dove season: "Two friends drove up from Long Beach on Friday. It took them seven hours to get from Long Beach to Bakersfield. Seven hours."

* ... BURGER BOYCOTT: Whoever dreamed up the idea of boycotting In-n-Out Burger because of its contributions to the California Republican Party must be regretting it now. The boycott was a colossal failure and in fact triggered a run on the popular burger chain by people wanting to express their support. A new menu item even emerged, ordering your burger "Republican style." 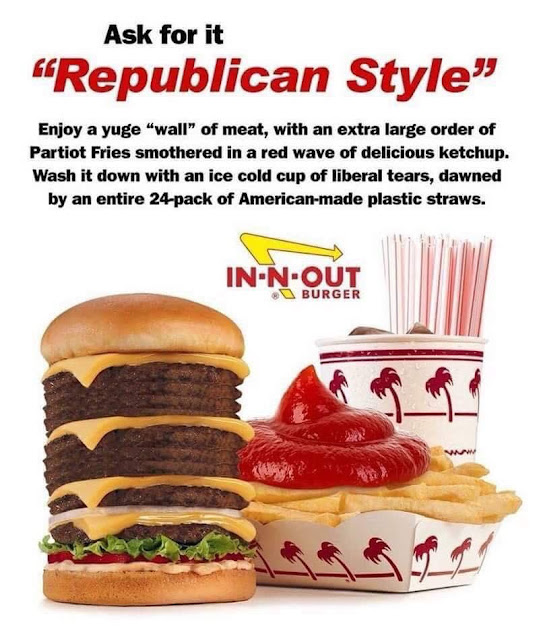 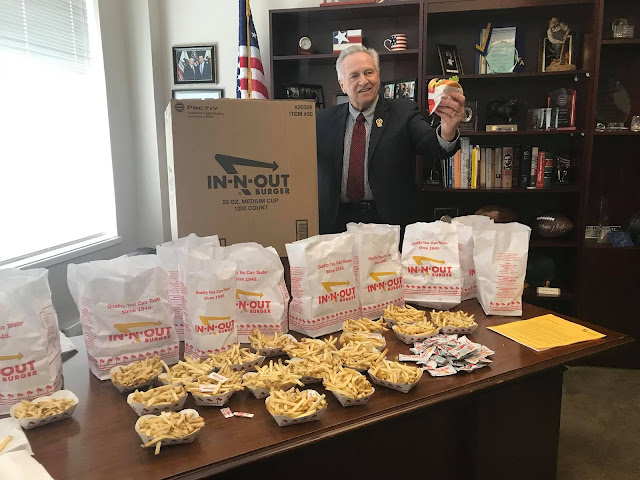 * ... CLIFFORD: A memorial service for the late Steve Clifford is set for this Friday at St. John's Lutheran Church on Buena Vista Road. Clifford, one of Bakersfield's preeminent lawyers, died last week at the age of 77 after battling cancer. In lieu of flowers, the family recommends you can make a donation to Trinity Anglican Church, the MARE Riding Center or the Memorial Hospital Foundation. The service will start at 11 a.m. 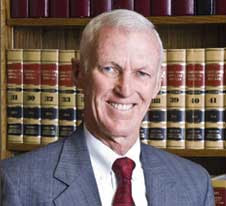 * ... MEMORIES: Check out this old photo of Mercy Hospital back in the day, courtesy of the Kern County of Old Facebook page. 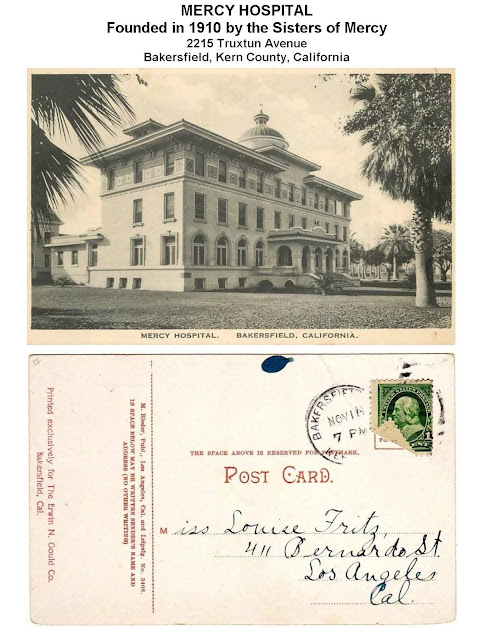 Posted by Richard Beene at 9:23 AM No comments: