San Luis Obispo is crowned the best college town in America, avocado prices spike because of a bad harvest and Steve Schilling prepares to retire from Clinic Sierra Vista


* ... COLLEGE TOWNS: So where is the best college town in America? Would it surprise you if I told you it was just up the road in San Luis Obispo, home of Cal Poly? That's what the website 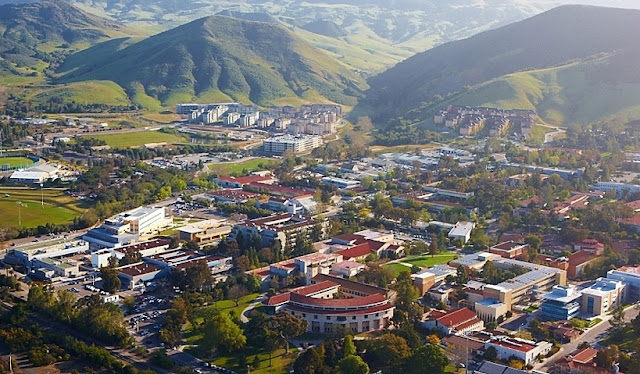 * ... AVOCADO: If you've noticed a sharp spike in the price of avocados, it should come as no surprise. The average retail price for avocados rose 35 percent in the first half of this year to $1.21 per avocado, according to the Hass Avocado Board. The reason: smaller than average harvests in California, which produces more avocados than any other U.S. state. 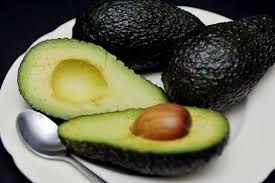 * ... SPOTTED ON TWITTER: "Just drove my mechanic's vehicle and his check engine light was on."

* ... GOOD FORM: Hats off to new Californian columnist Justin Salters who broke ranks from the divisive and self pitying nature of other voices and called for more "Jefferson Dinners," venues for people of all backgrounds and political philosophies to come together for constructive conversations. It's an idea whose time has come, and I salute Salters for suggesting something that I for one plan to adopt.

* ... SCHILLING: Steve Schilling, who built Clinica Sierra Vista into one of the largest and most important health organizations serving the needy in Central California, is looking to retire. That's the word from Jennifer Self, Clinica's communications and advocacy director, who said a search is under way to replace Schilling as the organization's chief executive officer. "He will stay until his successor is on board," Self said, adding that might be accomplished by the end of the year. Schilling almost single handedly built Clinica into a powerhouse in providing basic and preventative health care to thousands of Californians via a vast network of public and private partnerships. 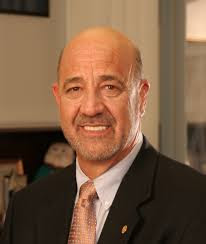 * ... SHOUT OUT: City Councilman Andrae Gonzales was making the rounds in Ward 2 the other day when he gave a shout-out to an important local organization that works quietly and doesn't get a lot of press: The Assistance League of Bakersfield. Said Gonzales: "The Assistance League is an all-volunteer non-profit organization, serving the community through ongoing philanthropic programs. One program, Operation School Bell, provides new school clothing to children in need. In 2017, the group helped over 3,600 children with back-to-school clothing! The organization's thrift store, the Bargain Box Thrift Store, is the group's biggest fund-raiser. The store is located at 1924 Q Street and is open Monday though Saturday, 11a.m. To 3 p.m. Stop by and visit!"

* ... MEMORIES: So who remembers Beryl's Cafe, a small country style cafe located at the corner of South Union and Bear Mountain Boulevard? According to Fatima Al-Bugharin, writing on the Kern County of Old Facebook page, it was originally a gas station owned by Vern Sweitzer (Sweitzer's Corner) from 1917 to 1961. "In 1961 Mrs. Beryl Mitchell purchased the property from Mr. Sweitzer and turned it into Beryl's Cafe. The cafe was successful and became a home away from home for many visitors, farmers, and truckers. Beryl's cafe closed in 2006 and in 2009 Mrs. Beryl Mitchell passed away. Unfortunately, the old place fell apart through the years and was demolished as a result." 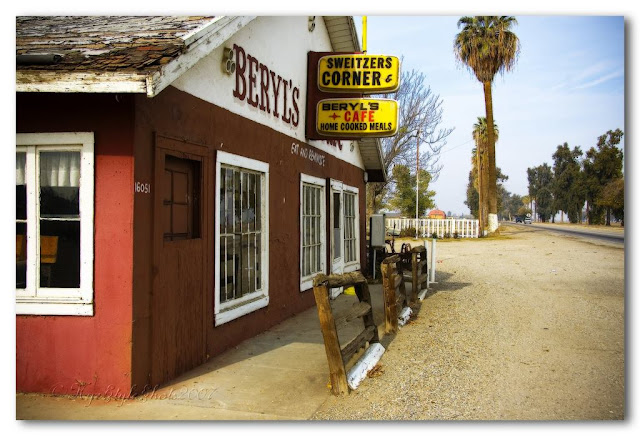 Posted by Richard Beene at 8:50 AM No comments:

Where were you when the wild weather hit over Labor Day weekend, Superior Court Judge David Lampe suffers a nasty bike crash and Monsignor Perry Kavookjian celebrates 30 years in the priesthood


* ... EPIC WEATHER: Where were you when the storm moved through town Sunday afternoon?

Did your power go out? Were you stuck on the Westside Parkway unable to see because the rain was coming down so hard? Sudden, unexpected weather events like this bring out the best in us. There were impromptu block parties, neighborhood pool parties and I ended up enjoying a rare patio dinner reveling in the 25-to-30 degree drop in the temperature, eating by candlelight because my friend's power was out. 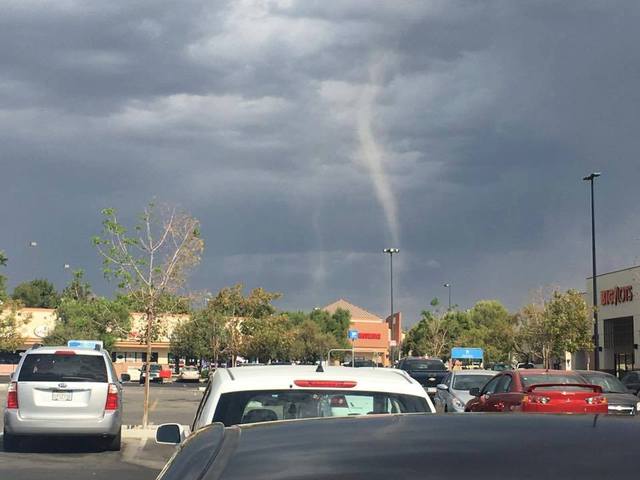 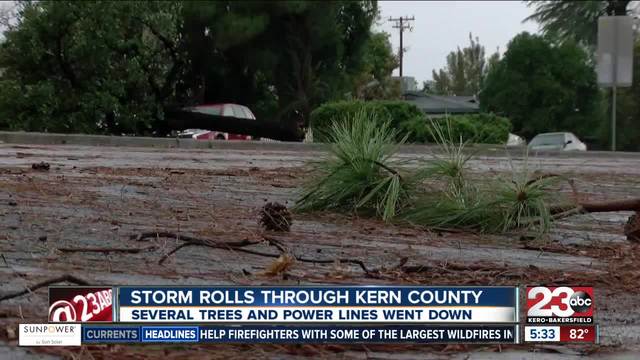 * ... SICK BAY: Superior Court Judge David Lampe is recovering after a nasty accident that happened while he was riding his bicycle on Labor Day. Lampe, an avid and experienced cyclist, was participating in a group ride when his front tire hit a rock and his tire shredded, sending him over the handlebars and onto the pavement. He suffered a broken clavicle and numerous bruises.

* ... SPOTTED ON TWITTER: "It's time to eliminate triggering words like industrious, diligent and conscientious. They stigmatize those who choose not to be."

* ... SPOTTED ON FACEBOOK: "You know that you're officially lost when you turn down the car radio and take off your sunglasses.


* .. MONSIGNOR: When I wrote to commemorate Monsigner Craig Harrison's 30 years in the priesthood, Liz Neuman reminded me that Monsignor Perry Kavookjian is also celebrating his 30th anniversary. It turns out Harrison and Kavookjian were classmates in the seminary and were ordained together. Said Neuman: "As you may know, in 2008 Monsignor Perry was tasked with the challenge of beginning the first new Catholic parish in Bakersfield in 40 years. He has taken St. Elizabeth Ann Seton Parish from a small group of people meeting at Frontier High School, to a booming and vibrant parish of over 4500 families! The beautiful church at the corner of Old Farm and Reina Road represents Father Perry's dedication to serving the Catholic community in Northwest Bakersfield, but the true testament of his priesthood can be found in the deep affection his parishioners hold for him. ..
We are throwing an anniversary party for our beloved pastor on Sept 16th.  We have sold out the Crystal Palace with people wanting to celebrate his ministry, which I believe is proof that Bakersfield loves Monsignor Perry!" 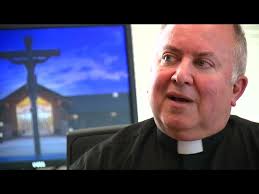 * ... LEBEC HOTEL: Jack Kelley wrote with his memories of the old Lebec Hotel. "My wife and I spent our wedding night at the Lebec Hotel in 1948 (it was very run down then) we were on our way to Catalina. The hotel was built by a saloon keeper Thomas O’Brien and a partner Cliff Durant. Cliff Durant was the playboy son of William Durant the founder of General Motors. The hotel was started in 1919 and the $225,000 grand hotel was opened to the public Friday, May 21, 1921, in a blaze of glory as Hotel Durant. Jack Dempsey heavy weight champion of the world was a registered guest. Other guests were silent film stars Rex Bell, Clara Bow and Buster Keaton. Cliff's father ran out of money due to bad investments and pulled out, forcing O’Brien to buy him out and renamed the Hotel Durant to Hotel Lebec. The hotel never made money always about breaking even. O’Brien sold the hotel to Foster Curry, son of the concessionaires of Yosemite, and the hotel was renamed for a short time as Curry’s Lebec Lodge... The hotel gradually went down hill. The county of Kern condemned the hotel, Tejon purchased and burned it and buried the rubble. There is a Cypress tree and a historical marker at the site."

* ... MORE LEBC: And Nikki Heitman added this: "I remember the hotel, in fact my grandfather worked there for a while. The family lived up in the hills and while riding home on the back of their flatbed truck, they encountered a mountain lion. I think they moved not too long after that. My grandmother was concerned for her nine kids' safety.

Posted by Richard Beene at 7:48 AM No comments: