* ... RIP MARY K. SHELL: We lost another local icon this week with the death of former Bakersfield mayor and county supervisor Mary K. Shell. She was 91 and died at her home on 21st

Street downtown. "Miki" as she was known to her friends was one of the first people I met when I moved here more than 25 years ago. She was smart as a whip, engaged, curious and kind to everyone, no matter their position in this world. I will always remember Miki telling me about learning to fly at the old air strip on the Panorama Bluffs where Greenlawn Cemetery now stands, and how the planes would fly off the bluffs and take a scary dip before gaining altitude. She served as mayor from 1981-85 and later served on the Board of Supervisors. As a child she worked in a shop owned by her father, and recalled servicing a Buick when news of the D-Day landing was announced on the radio. She was married three times, including to Joe Shell who ran for governor only to lose in the Republican Party primary to a candidate named Richard Nixon. No word yet on funeral services. 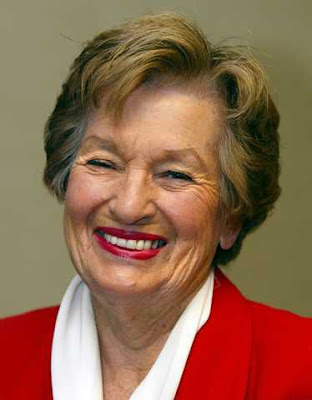 * ... T.L. MAXWELLS: Former city councilman Terry Maxwell is closing down the restaurant that bore his name. T.L. Maxwell's was opened in 1999 and enjoyed a steady (if small) and loyal following, but recently ended up in the news after a former waitress sued it claiming she was fired for reporting extremely unhealthy conditions in the food prep area. The end came with a sour note: employees learned it was closing when Maxwell announced in on his local radio program. Maxwell's is gone, but the downtown alley space could be a gold mine for an entrepreneur with vision. 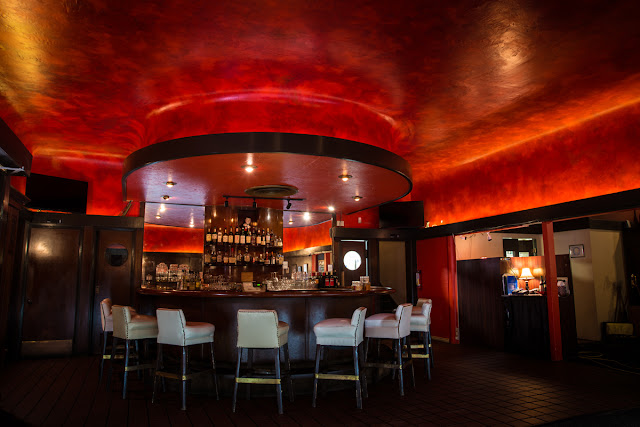 * ... SPOTTED ON TWITTER: "If you ever feel sad remember that there’s a number you can call and a pizza will be there in 30 minutes."

* ... SPECTRUM: I don't know who is running the local offices of Spectrum cable, but it can't be a fun job these days. Customers are furious with Spectrum's service - or lack thereof - and Spectrum bashing has become the most popular theme on social media. My advice: switch to DirectTV, like Spectrum not cheap, but virtually problem free. 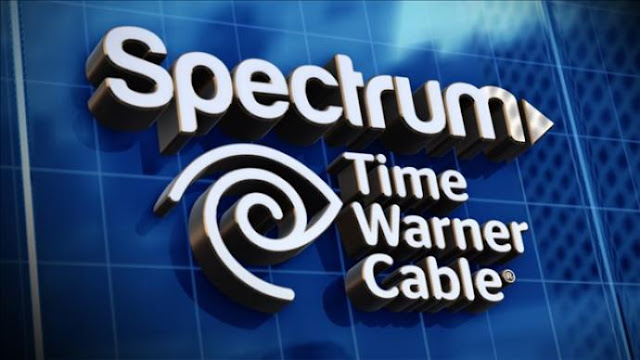 * ... BIRTHDAY: I celebrated my birthday this week and did so with a leisurely dinner on the patio at Uricchio's Trattoria, the marvelous family owned downtown eatery known by regulars as "The Italian Embassy." When the weather is mild there are few better place to break bread than dining al fresco.

* ... POKE BOWLS: And speaking of food, have you sampled the hot new food trend called "poke bowls?" Poke means “to slice or cut” in Hawaiian and refers to chunks of raw, marinated fish — usually tuna — which is then tossed over rice and topped with vegetables and umami-packed sauces. Some people are calling it the next generation of sushi, and they are popping up all over town. 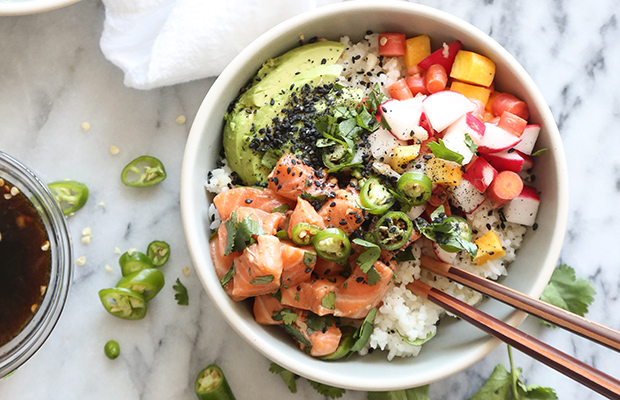 * ... MEMORIES: Who remembers Cy's Coffee shop that was located at the northwest corner of 18th and Eye streets? 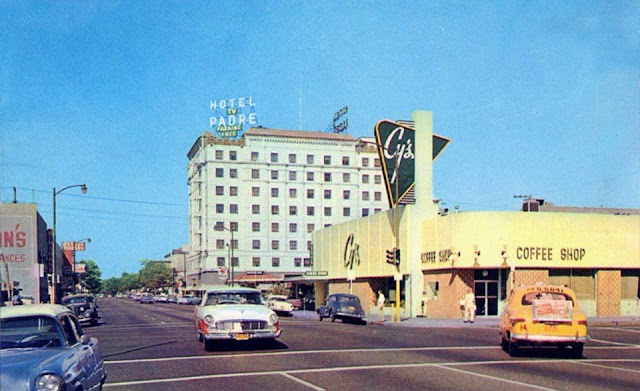 Posted by Richard Beene at 5:16 PM No comments:

Experts fear a "suicide contagion" after the deaths of Anthony Bourdain and Kate Spade, a young cowboy lifts my spirits and Dr. Horace Mitchell gets a rousing sendoff

widespread than you might think, and it comes as little surprise that the suicide rate in the United States has jumped 30 percent since 1996. And now with the suicides of designer Kate Spade and chef Anthony Bourdain, experts are worrying about something called "suicide contagion," where suicides spike in the wake of celebrity suicides that gather a lot of media attention. Madelyn Gould, a professor at Columbia University, told The Los Angeles Times that research has shown that the phenomenon is real and suggests that media coverage of celebrity deaths can influence those who are vulnerable or at risk and can lead to a spike in suicide rates. 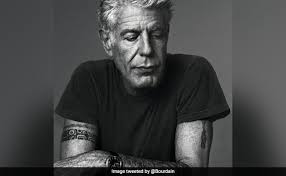 * ... HERE AT HOME: Most suicides go unreported by the media out of respect for the families and survivors, but some are too public to ignore. Locally, we have experienced more than our share: community activist Jai Bernstein killed herself in Hart Park, city councilman Jeff Tkac did so a mere week after taking office, and local farmer Jeff Thompson committed suicide as well. 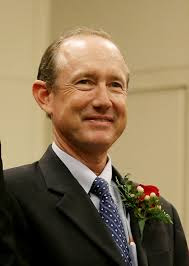 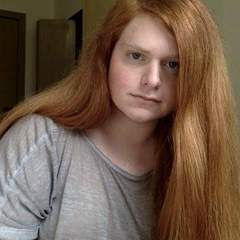 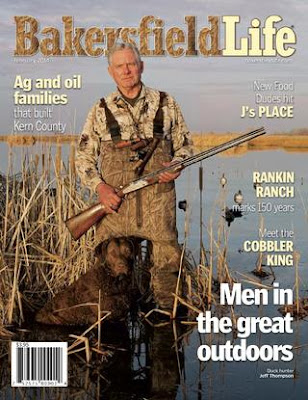 * ... CHOOSE LIFE: In the midst of all this heartache about suicide, state Senate candidate Shannon Grove posted a picture on Facebook that lifted my spirits. Grove was at the Glennville Rodeo when she spotted a cute little boy in a cowboy hat. She posted this with the picture: "Nathan living life to the fullest - competed in his first rodeo - got a trophy. God has big plans for Nathan, I know this because he was a safe surrender baby, 1 lb 4 oz when he was born. Nathan has always wanted to be a cowboy." 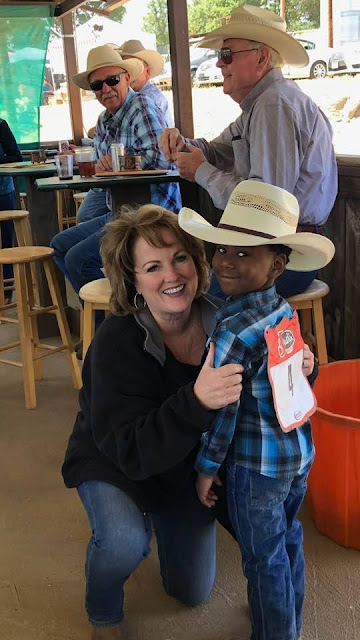 * ... SPOTTED ON TWITTER: "Drove through Rocky Mountain National park today so my kids could enjoy the beautiful scenery of their iPads."

* ... MORE TWITTER: "I just wanna be rich enough to forget when payday is."

* ... RAISING CANE'S: One of the country's most highly rated fast food chicken restaurants - Raising Cane's - is coming to Bakersfield. Construction is under way at the corner of Coffee Road and Downing. No word on when it will open but they are advertising for employees. Cane's is known for its singular focus on chicken, and its meals are said to feature some of the best chicken strips around. * ... HORACE MITCHELL: A dinner honoring outgoing CSUB President Horace Mitchell was held this weekend at the Marriott, drawing a huge crowd of local dignitaries from academia and local businesses. Some 400 people attended to say farewell to the man who has guided CSUB for the past 14 years. Mitchell told me he and his wife Barbara are planning to retire in Huntington Beach, where they have owned a home for years. Among the honors bestowed on Mitchell was a key to the city presented by Mayor Karen Goh. 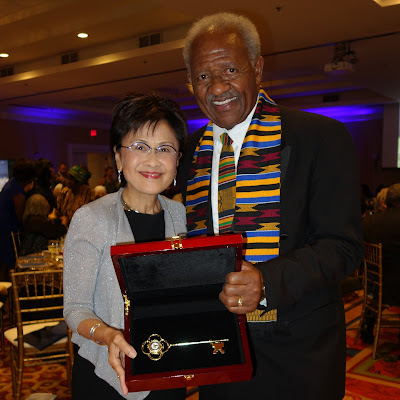 * ... MEMORIES: Check out this photo from the corner of Chester and 20th Street, the northeast corner, then and now. 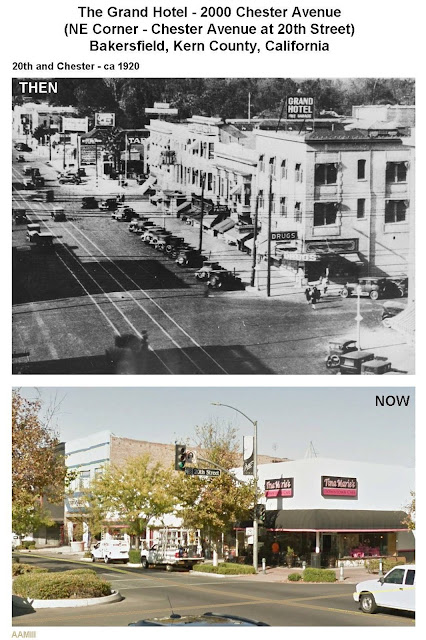 Posted by Richard Beene at 2:30 PM No comments: