What is your traditional New Year's meal: black eyed peas and greens? Tamales? Plus a great white shark kills a surfer off Morro Bay and volunteers clean up a mess on the off road trails on the east side of town

Welcome to Bakersfield Observed. Our mission is to celebrate life in Kern County by focusing on newsmakers and events and the local characters who make this community such a special place. The views expressed here are strictly my own and do not represent any other company or publication.
* ... NEW YEAR'S TRADITIONS: Does your family have a New Year's traditional meal? If you are from the South, as I am, that would mean black eyed peas, collard greens and cornbread (hold the sugar,

please). If you are from Mexico, it may be fresh, homemade tamales. If you are from Spain, you will no doubt enjoy 12 grapes on New Year's Eve to ring in the new year. A quick search found these regional favorites: for the American South it would be black eye peas and greens for Mexico count on tamales, for Spain twelve grapes and for Japan Soba noodles. What is your tradition? 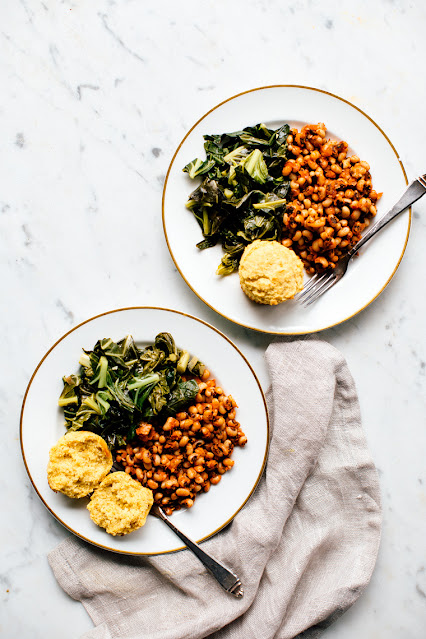 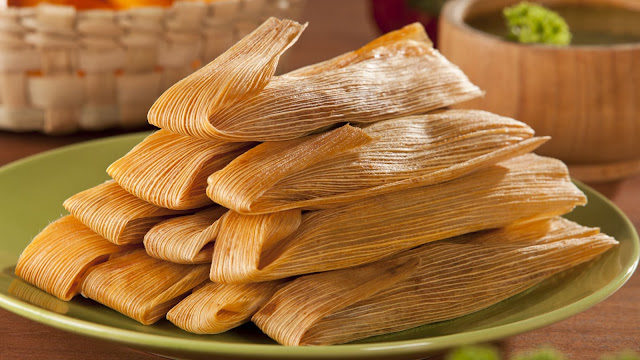 * ... GUITAR STOLEN:  If you shake your head about how bad crime is these days, consider this: A guitar once owned by Buck Owens has been stolen from the Oildale post office that was renamed after the late country music star. According to the Kern County Sheriff's Office, two suspects wearing hooded sweatshirts and face masks broke into the post office and stole the red, white and blue guitar that had been displayed in a case. The post office is located on Minner Avenue and a the guitar was donated in 2008 by the Owens family. 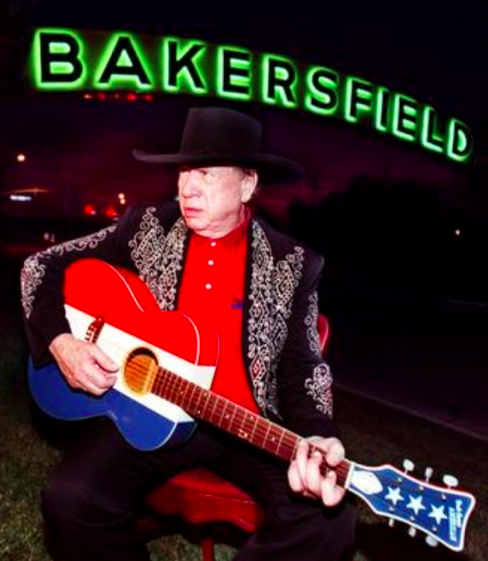 * .. SHARK ATTACK: Did you year about the latest shark attack near Morro Bay? Well officials now think the victim was killed by aa great white shark. The victim's name has not been released but his body was pulled from the water near Morro Bay on Christmas Eve. (photo courtesy of The Los Angeles Times) 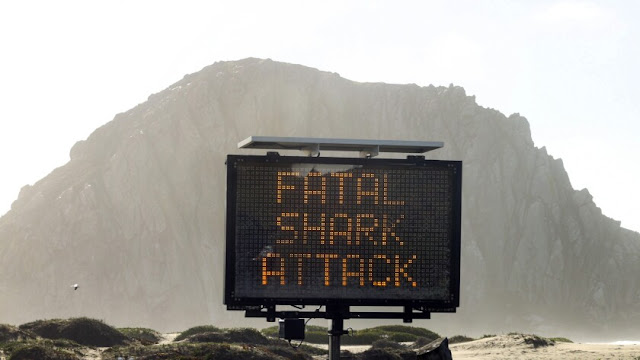 * ... CHICK FIL-A: With the possible exception of the burger joint In-n-Out, Chick fil-A may be the most popular fast food franchise in town. When the company closed its Stockdale Highway location for a remodel a few months ago, the restaurant's legions of fans were bereft, but they stormed back when the place was reopened. And now comes word that a second Chick fil-A will be opening on Rosedale Highway where Pier 1 once did business. No word on exactly when it might open. 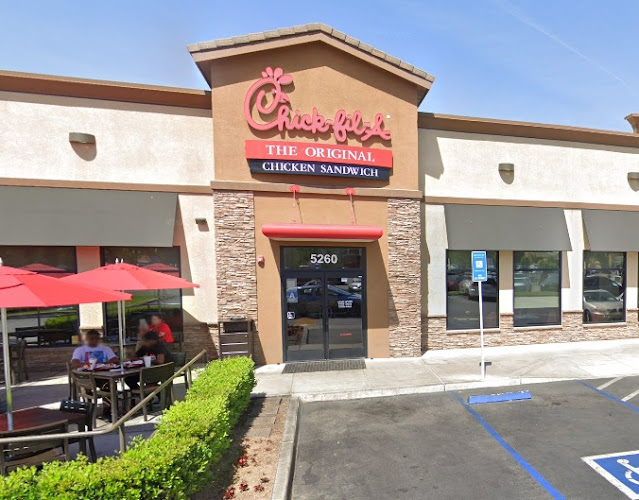 * ... BRAVO! Let's end this year with a shoutout to everyone who contributes to the common good, who chooses not to run with the herd but to be honest and make a difference. That was seen two weeks ago with a group of citizen volunteers descended on the dirt roads off Morning Drive, popular with cyclists and off road motorbike enthusiasts, who spent the day picking up tons of trash. That's right, the group collected just over 14 tons of trash in an area that has long been a favorite dumping spot. Bravo and thanks to award winning local photographer Felix Adamo who caught all this on his camera. 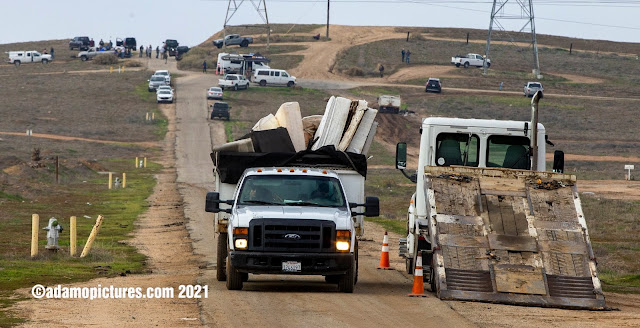 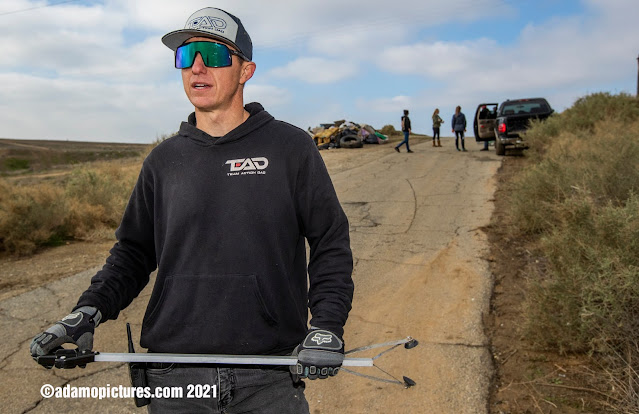 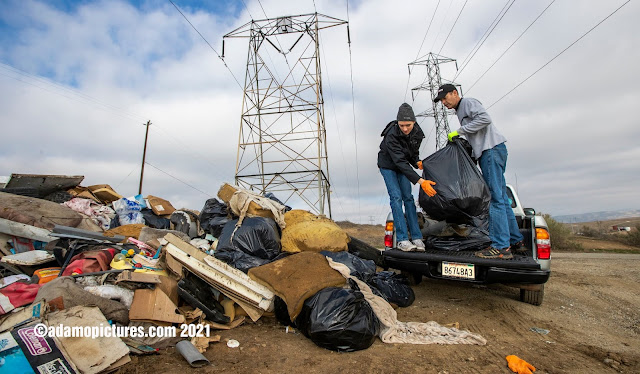 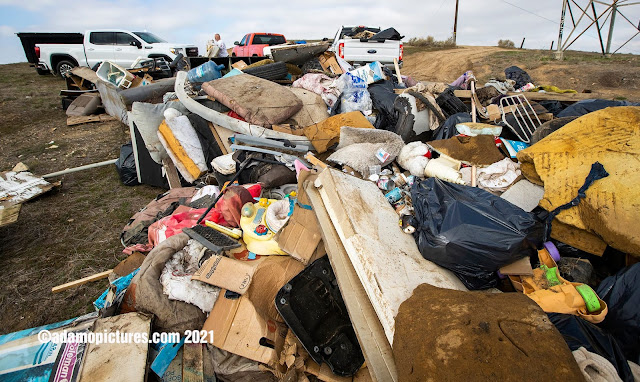 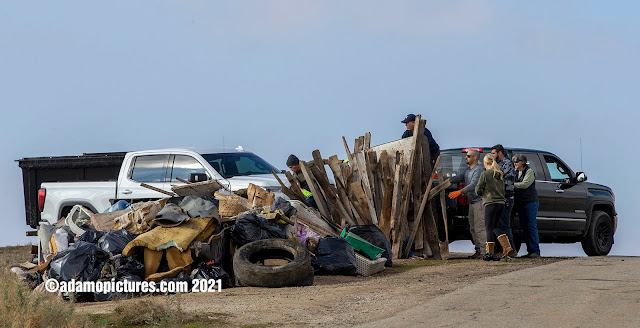 * ... MEMORIES: This is a photo of a building the old armory, that I never knew existed until I saw it on the Kern County History Fans Facebook page. Feast on this for a second. 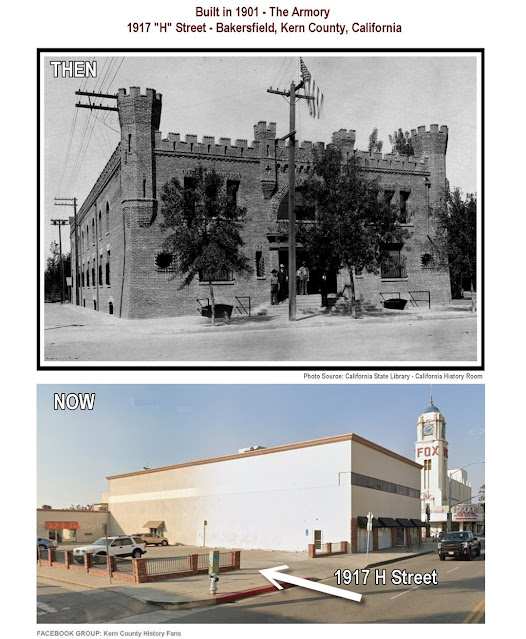