House Majority Whip Kevin McCarthy: IRS was systematically targeting people based on their political views and this kind of intimidation must end


Rep. Kevin McCarthy, R-Bakersfield, gives us his weekly view from Capitol Hill. In his own words:

"As more details are uncovered about the outrageous actions by the Internal Revenue Service (IRS), it is clear there is a massive cultural problem that exists inside the agency. It is unacceptable that any

American should be targeted for an audit based on his or her political beliefs. Receiving a notice from the IRS that an audit is to be conducted is terrifying enough, but for IRS employees to be directed to harass and target American citizens based on politics? This is simply wrong.

"After months of denials, the agency has finally admitted to systematically targeting individuals based on their personal political views. We need to find out who ordered it, why it began, and how widespread it was. We all saw testimony from the individuals who were exercising their First Amendment rights to voice their concerns about the direction of our country and for that, the IRS tried to intimidate them.

"As the House Ways and Means Committee and the House Oversight and Government Reform Committee investigate the IRS, be assured that I will continue to closely monitor the situation so that we can get to the bottom of this and hold the responsible individuals accountable.

These actions continue to erode the trust that Americans have toward their government, and I will continue to call for more transparency and accountability in Washington. 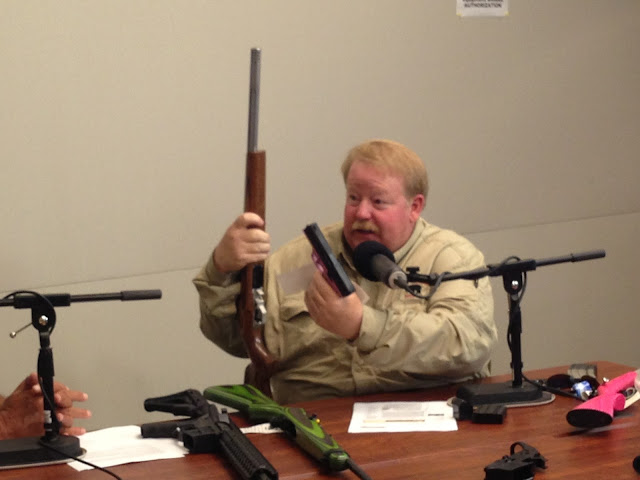 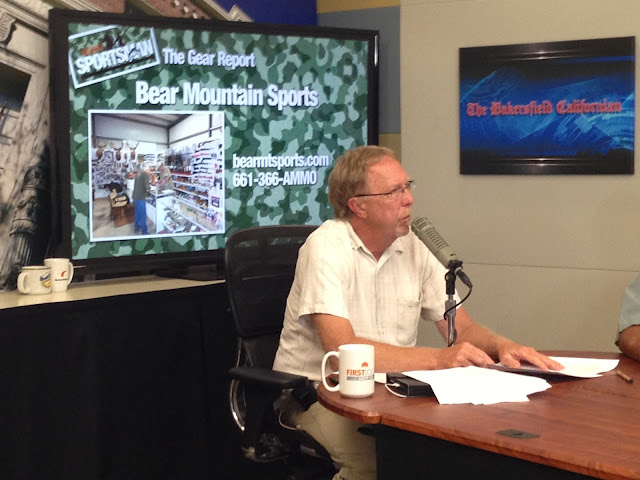 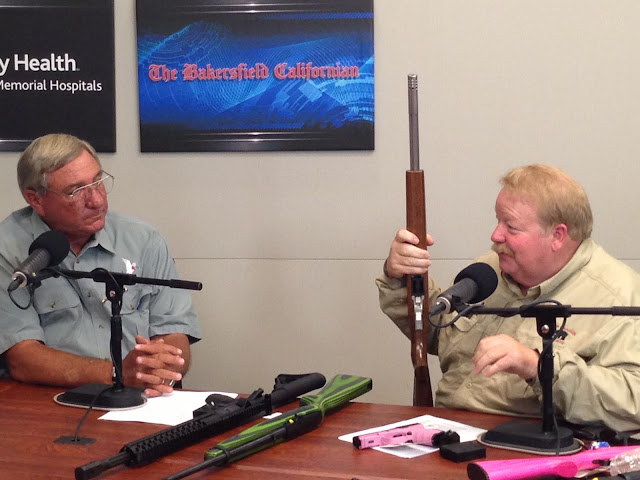 Posted by Richard Beene at 2:57 PM No comments:

Who would have thought that the tiny (and sometimes adorable) Dachshund is the most aggressive dog breed? And downtown Bakersfield gets ready for another First Friday

* ... DOGS: Pit bulls and Rottweilers end up on most people's lists of vicious or dangerous dogs, but as it turns out they don't even rank in the top five. The most aggressive breed? According to a study by the University of Pennsylvania, that would be the humble Dachshund.  Researchers from Penn surveyed some 6,000 dog owners to determine just what breed was the most aggressive. "The number one aggressive breed out of the 33 dogs surveyed? The Dachshund. Yes – the wiener dog," it was reported. "The study found that one in five dachshunds have bitten or tried to bite strangers, and a similar number have attacked other dogs; one in 12 have snapped at their owners." Following the Dachshund are the Chihuahua, Beagle, Jack Russell Terrier and the Australian Cattle Dog. Who knew? 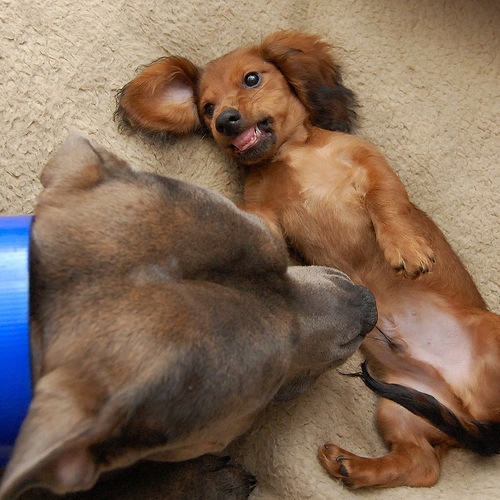 * ... FIRST FRIDAY: There's an interesting new art opening for First Friday over at The Foundry on 19th Street. The exhibition by a group of artists will focus on portraits of the legends of the Bakersfield Sound: Merle Haggard, Bill Woods, Red Simpson, Bonnie Owens, Billy Mize, Cousin Herb Henson, Buck Owens, Tommy Collins, Jean Shepard, Wynn Stewart, Fuzzy Owen, Ferlin Husky and Lewis Talley. Meanwhile, next door at The Metro Galleries the work of Tina Bluefield and Moira Fain will be presented in another can't miss show. 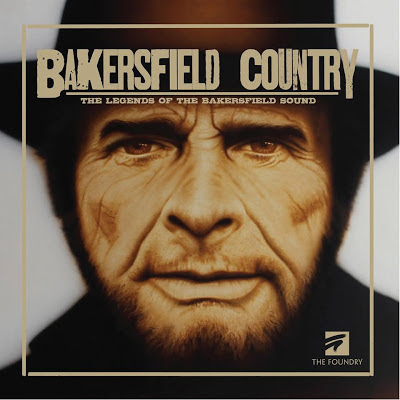 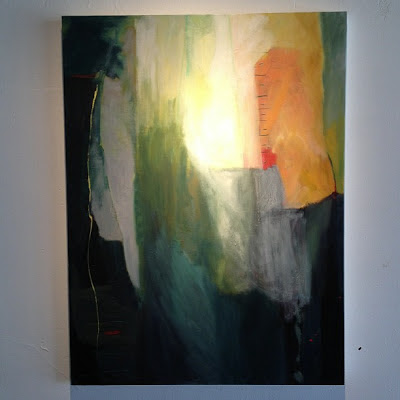 * ... BAD FORM: Darlene Platnick witnessed two cases of really bad form during our recent heat wave, and both cases involved small dogs. First, she was in the Costco parking lot on Rosedale Highway when she spotted a small brown dog locked in a white van, "panting profusely and standing up at the window. I didn't know who to call. Then we went to WinCo at Coffee and Hageman and outside was another little black dog, tied up in the sun where there was no shade. I didn't sleep well thinking about those things. People need to be brought up short when they do things like that."

* ... CRIME: Dina Ronquillo, the niece for former Fresno City Councilman Dan Ronquillo, stopped by the ATM off Chester Avenue just north of Brundage Lane to get some cash before heading to work when a woman confronted her and tried to take her money. The would-be robber picked on the wrong person, and a feisty Ronquillo fended off her off. But the incident is a warning to all of us to be aware of our surroundings.

* ... BLACKBOARD: Roger Williams called me to share a few memories of the old Blackboard honky tonk, made famous by the late Buck Owens and others who created the unique Bakersfield Sound. Williams told me the Blackboard was a favorite haunt of the Hells Angeles motorcycle club in the 1950s and 1960s when they would arrive in town for the March Meet drag races out at Famoso Speedway. "There must have been 150 of them at the bar,"he said. He noted that his uncle, Lawrence Williams, also briefly played piano with Buck Owens and his band.

* ... LOCATION: And Anthony Kane writes that he believes the original Blackboard (not the one that was located near the Kern County Museum) was located in the spot where the old Floyd's store occupied.

* ... EAST HIGH: Rick Van Horne is looking for help to solve a mystery over at East High School. Said Rick: "I was contacted by ESPN Magazine writer Steve Wulf because he is doing a piece on Johnny Callison (East High grad) who was the MVP of the 1964 MLB All-Star game. He was wanting to know about a mural at East High of Johnny Callison…. I told him there wasn’t currently a mural of Callison anywhere at the school. What I would like to know from your readers that went to East High, if there ever was a mural of Johnny at the school that has since been painted over or was in a building that is no longer here at East." 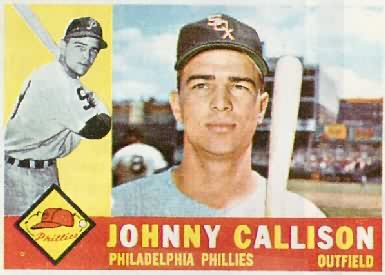 The Bakersfield Racquet Club struggles to survive and will Andy Vidak agree to an on air debate with Leticia Perez in the 16th State Senate District runoff?

* ... THE BUZZ: It looks like the Bakersfield Racquet Club may be in financial trouble again. Members are telling me that money is so tight a purge of the staff is under way and members are being urged to sign up 100 new members to save the club. The storied tennis center, located on Pine Street off Truxtun, has been suffering from declining membership for years. Over a year ago a move by some
board members to revamp the club to widen its appeal was rejected by a core group of older members, leading to a lot of bad blood among long-time members and supporters. The issue: how does a club built around tennis (unfortunately not a growth sport) stay relevant and expand its audience? Stay tuned. 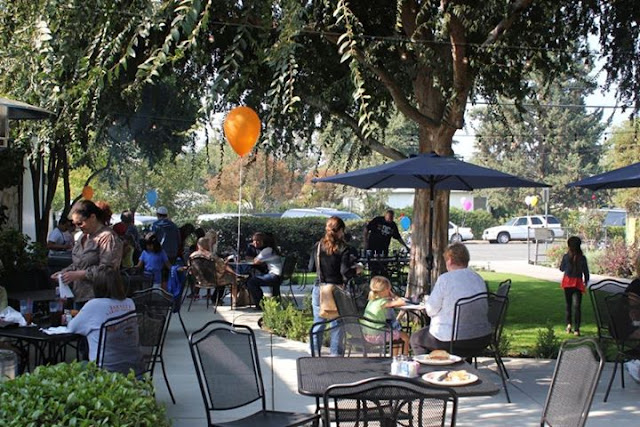 * ... STATE SENATE: Kern County Supervisor Leticia Perez says she is ready to debate Republican Andy Vidak in their runoff for the 16th State Senate District. No word yet if Vidak will take Perez up on her offer to appear together on First Look with Scott Cox. Vidak narrowly missed winning the seat outright and the two are now headed for a July runoff. Perez, a Democrat, is positioning herself as a centrist who can work with the Democratic majority to get things done. 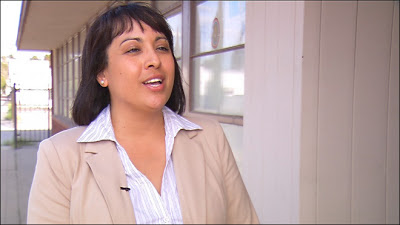 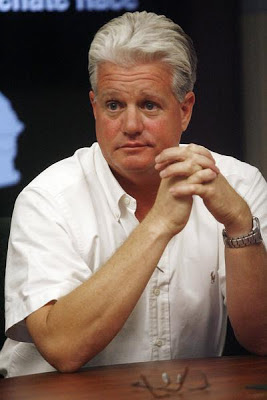 * ... BAD FORM: "How this for bad form?" wrote reader Car Nicita. "Yesterday my wife Beverly and I were taking our dogs for a walk in Challenger Park when we found someone had dumped an old dried up full size Christmas tree along Harris Road. The tree still had a stand attached! Wonder where they were keeping it until they decided June was the time to dispose of their tree?"

* ... ACHIEVER: Hats off to Ashley Langeliers, a Liberty High School graduate who went on to earn a degree from CSUB. On May 31, she received her PhD in clinical psychology from Alliant International University in Fresno. She currently works as the clinical manager at the Center for Autism and Related Disorders in Fresno. Her parents are Marcy and Joel Brust.

* ... CHAMBER: Congratulations to all the people and organizations who were recognized in this past weekend's Beautiful Bakersfield awards sponsored by the Greater Bakersfield Chamber of Commerce. The awards are an excellent way to recognize people who contribute to the betterment of our community, even if the annual banquet is a televised snooze fest in dire need of a makeover.

* ... BLACKBOARD: I received a call from Helen McCutheon, a loyal reader, who wondered where the original Blackboard honky tonk was located. The Blackboard, of course, was home to the birth of the Bakersfield Sound and enjoyed its hey day in the early 1950s. Its Chester Avenue location was razed in 2001 to make room for the expansion of the Kern County Museum. McCutcheon was a youngster but remembers when the blackboard may have been located farther south on Chester Avenue near a series of 35 to 40 small cabins, the original location before it was moved near the museum. Can anyone pinpoint where the original Blackboard stood? (historic photo of The Blackboard) 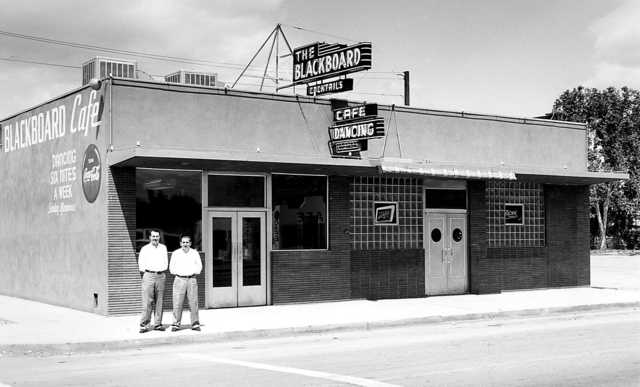 
* ... TOP STATES: It is no secret that California is a tough place to do business. High taxes, zealous environmental regulations and the high cost of living all tend to push California down the list of states that are friendly to business. But dead last? That's where California ranks in a recent survey of the best states to do business in, based on taxation and regulation, the quality of the workforce and the living environment. The best states, according to Chiefexecutive.net, were Texas, Florida, North Carolina, Tennessee, Indiana and Arizona. New York ranked 49th and our Golden State dead last. 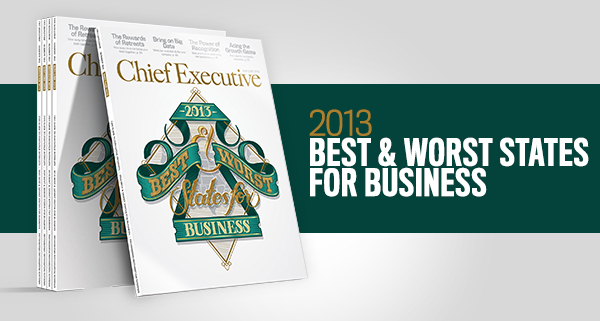 * ... FINANCE: I happened on yet another list, this one ranking cities across the country that have experienced the most growth in financial sector jobs. Bakersfield, it turns out, turned up No. 3 on the list of medium-sized cities with a strong financial sector. The study noted the hot energy sector as one reason for Bakersfield's lofty position. Only Ann Arbor, MI, and Green Bay, WI, did better than Bakersfield.

* ... OVERHEARD: Asking jury panel members if they had ever been victims of a crime, Kern County Superior Court Judge John Brownlee shared this story of a hapless victim: "I had one person who had two steaks stolen off the grill. While inside the house calling the police to report it, they came back and stole the grill."

* ... BAD FORM: Denise Russell was following a green Toyota Prius on Oswell Street the other day when "the passenger threw out five paper plates out of the window. I guess they figure they are doing good for the air, but heck with the ground. Unbelievable!"

* ... PETS: I always try to make room for local fund raisers in this space, but this is one is really something special. Over the past few years several groups have organized to help confront our problem of stray dogs and carts, and one of them is the Friends of the Kern County Animal Shelters Foundation. This group, which does so much good in our community, is putting on a unique and clever fund raiser this Saturday, June 8, at the downtown Women's Club. Called Applause for Paws, it is a dinner and comedy show to raise money to help strays. In addition, local artists have painted works for the event that will be auctioned. Doors open at 6 p.m. It is $30 to get in or $50 for a couple. 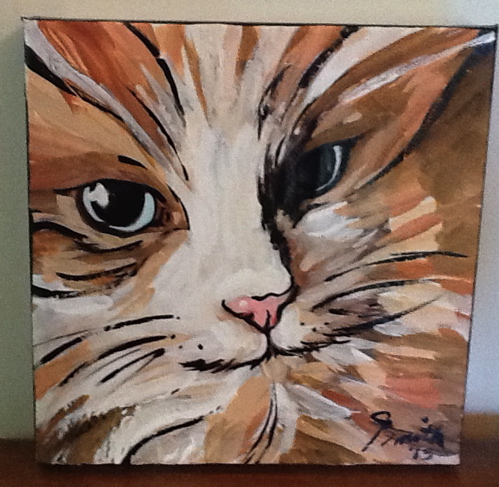 * ... OLD TIMER: And finally this nugget from regular contributor Bow Porter: "In response to the retired educator whose new neighbor asked if he 'used to be somebody'....Don't I just love it when some young squirt looks at one of my pictures of 40 years ago, and 40 pounds ago, and says 'Did this use to be you?'"