Memorial service set to celebrate the life of David and Karen Reis, gunned down in San Diego

* ... DEATHS: My heart goes out to the family of David and Karen Reis, the Garces High graduates who were shot and killed in a senseless incident in Coronado. The widely circulated picture of the siblings (David in his dress Navy whites and his sister next to him) seems to say it all: young, handsome and both facing such bright futures. Police will no doubt figure this out, but the loss of two promising young people is beyond heartbreaking. A celebration of life and a prayer service is scheduled today (Friday) at Garces, beginning at 10:30 a.m. 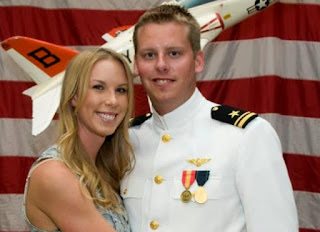 * ... SPCA: If you are a regular reader of this blog you know how fond I am of our local SPCA, which fights a daily battle to provide homes for abandoned dogs and cats. The organization will hold its 3rd Annual "Furry Paws and Foggy Nights" formal dinner with live music set for Friday, February 24, at the Petroleum Club, from 6 p.m. to 10 p.m. Spokesman Chuck Nordstrom told me there will be a three course dinner, jazz music and a ton of silent auction items. Tickets are $85 and are available now by calling (661) 323-8353 ext. 2.  Additionally they are still accepting donations for the silent auction. To donate just call the SPCA and ask for Chuck. Formal dinners not for you? You might consider writing them a check for all the good they do. 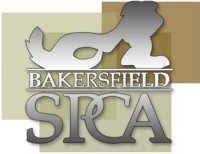 * ... SPOTTED: Pamela M. Wagner brought this nugget to my attention: "I was refueling my car one morning at a Chevron station when I saw the driver of a pickup empty her can of Coors light into her travel cup as she visited with her passenger.  Some people are innovative when they want to drink and drive. "

* ... FIRST FRIDAY: It's time for another First Friday, those monthly celebrations that have really transformed our downtown arts district. These are chances to support the downtown merchants while seeing some wonderful art and hearing some dynamic music. Don Martin, owner of Metro Galleries on 19th Street, is the founder of First Friday and says they will run all year this year. So mark on your calendar and make a night of it in our emerging arts district.

* ... HISTORY: Here's a walk down memory lane with reader Jack Hood, who shares a bit of history on old Bakersfield. His parents purchased a new house on Parkway Drive in 1927. It was 1,350 square feet with three bedrooms, one bath and a two-car detached garage. The price: $6,000. At that time, all the land west of Oak Street was undeveloped. As a child, he and his friends would hop a fence and occasionally ride sheep. "There was no air conditioning or coolers.... To get ice for our ice box we would put a sign in the front window letting the ice man know if we wanted 25 or 50 pounds of ice." He also recalls the street cars that cost only a nickel to ride. "The street car had controls on each end and when it came to the end of the line it would not turn around, so the conductor would walk down the aisle and reverse the seats so that you would always be facing forward while riding." Thanks to Jack for sharing those memories.

* ... SHORT TAKES: Scott Strickland is the owner of Sully's Chevron station over at Buena Vista and Ming avenue, where a customer complained about being charged more for gas than what was advertised. Strickland apologized, told me the digital signage is now fixed and smoothed things over with the irate customer. Also, I erred in an earlier post on the death of Rev. Glenn Puder, saying the great earthquake happened in 1953 when it should have been a year earlier. Mea cupla.
Posted by Richard Beene at 2:13 PM 6 comments:

A tribute to the late Rev. Glenn Puder and some really bad behavior on our streets

* ... SUBSIDIES: Beth Pandol is executive director of the Water Association of Kern County and dropped me a note to respond to an earlier reader's post on agriculture subsidies.  "Hats off to her for trying to minimize air pollution but her comment on farm subsidies was a bit off base. While there are farms that receive farm subsidies here in Kern, there are relatively few and our top three crops - grapes, almonds, pistachios - are not subsidized crops. Neither are carrots, fruits or other vegetables. And as for the dig at corporate agriculture, she might want to take a look at the jobs those corporate farms provide, the innovation they create and the boost they give to our local economy. Why is it people feel perfectly free to relegate agriculture to a 1910 business model while heaping praise on other corporate creations like the Apple iPad or HP laptop?"

* ... PASSINGS: I was saddened to hear about the recent death of Rev. Glenn Puder. Rev. Puder was one of the first people I met on moving to Bakersfield in 1994 and he was a kind and decent man with a huge following. Back then, he was head of the downtown First Presbyterian Church and was active in a number of outreaches around town. Rev. Puder moved to Bakersfield right around the time of the great earthquake of 1953. The church was destroyed and he was among the team that worked to rebuild the church. He died in Napa. By way of background, Puder's wife Dorothy was a niece of the late Walt Disney. 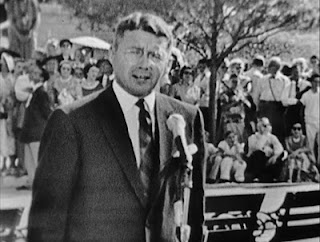 * ... SPOTTED: Reader Carol Black submitted this doozy. "If you are aware of your surroundings while motoring around town you will see the unbelievable. Yesterday I sat at the stop light going south on Mohawk and Truxtun. Beside me a guy in a red Ford pulled out a bottle of vodka and took three swigs before the light turned green. I couldn't call and report him because I would be driving and talking trying to catch his license number.  And today while driving on the 204 (Golden State) I spotted a quite new dark blue Chevy Impala without any kind of license, no plate, no stickers in any window.  I bet if I did that I'd get stopped within a block from home!  Just my luck!"

* ... MORE SPOTTED: A younger woman wearing a white medical frock stands in front of Memorial Hospital Tuesday at lunchtime casually smoking. Memorial is a smoke-free campus and cannot control behavior on the sidewalk, but it's an odd sight nonetheless. Someone forgot their New Year's resolutions.

* ... SORORITIES: Attention all sororties ladies. The National  Panhellenic Conference International  Badge Day is coming up Monday,  March 5, at the Petroleum Club. This is a celebration of sisterhood for women who were members of their sororities in college. Contact Marianne Keathley at (661) 831-8321 with questions.

* ... BAKERSFIELDISM: You might be a Bakersfield old timer if you "remember when the Haberfelde Building had its own switchboard operator, just inside the main entrance. I believe her name was Edna." Thanks to reader John Strand of Lake Isabella for that piece of history.

Posted by Richard Beene at 2:56 PM No comments:

Eight Condors spotted in downtown Bakersfield; an omen of good things to come?

* ... RESOLUTIONS: So did you dust off those New Year's resolutions yet? It's never too late to set some goals but don't forget to include charities on your list. Here's what Jayne Hotchkiss of Walker Basin has in mind. "I'm choosing the local ASPCA on Gilmore Street," she said.  "I figure humans can find help if they want it, but animals can't. Through the years I have taken in abandoned dogs, cats and  even horses that would have ended up in an auction. This will be a commitment to other animals that don't live at my ranch! I hope others follow."

* ...  THE LIST: So what is on your list for giving this year? My list includes the pediatric care unit at Memorial Hospital, the Kern County YMCA, the local SPCA, Covenant Community Services located at 1700 North Chester Avenue and the History Department at my alma mater, Georgia Southern University.

* ... GOOD OMEN: My downtown neighbor Keith Barnden awoke Sunday to spot what appeared to be eight California condors perched atop two tall pine trees across the street from his house. "I was shocked to look out my upstairs window to see these magnificent birds sitting there," he told me. Considering there are only about 400 known to exist, I'm taking that as an omen of good things to come in 2012. (file photo) 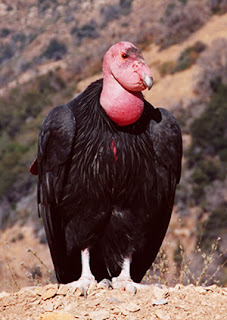 * ... SPOTTED: When it comes to litter, I am never surprised by the ability of people to disappoint you. Consider this note from  Kim Bean, president of Ultra Star Industries: "Yesterday my husband and I were at the Heart Hospital visiting a family member. We were sitting in our vehicle in the parking lot when we noticed a woman getting into her newer model cream colored Audi sedan. Before driving off, she opened her door and deposited her litter which included a banana peel, a water bottle and other bits of garbage. My husband and I volunteered  five months last summer at El Capitan State Beach. Our primary duty was to pick up trash, and and we are simply amazed at how much people litter, especially here in Bakersfield. Now we notice the trash everywhere."

* ... CAVEAT EMPTOR? : Retired endodontist Dr. Robert Smith dropped me a note about some really bad customer service at the new "Sully's" Chevron gas station over off Buena Vista and Ming Avenue in Seven Oaks. The sign out front advertized $3.59 a gallon for regular gas using cash or a credit card. "So I pull up to the pump, swipe my Mastercard and the price-gallon on the pump reads $3.69 a gallon!" He cancels the sale, goes inside to tell the clerk of the mistake and "she says no, the $3.59 is for cash sale. I say, au contraire, take a look and sho'nuf, she takes a look and the sign is flashing $3.59 a gallon for both cash and credit sales. "The clerk apologizes but then says' the gal who is in charge of that is off for a couple of days so, too bad.'" Dr  Smith eventually took his business elsewhere.  "Make sure the pump price jives with the advertized price!" he said.