Breaking news ... a Citizens Initiative is being pressed to put the question of legal, regulated marijuana on the ballot

This is not entirely unexpected but it looks like there is a push to put the question of regulating marijuana in Kern County on the ballot, bypassing our City Council and Board of Supervisors who have rejected the idea. I will be chatting with the organizers of this ballot initiative at 2 p.m. on KERN NewsTalk 96.1 FM today ... if you are out of the area listen to the interview live on KERNRADIO.COM ... 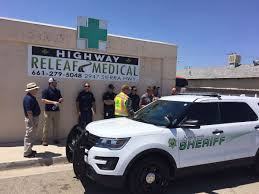 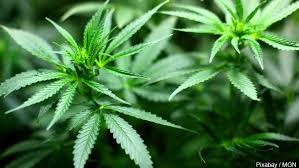 Posted by Richard Beene at 10:50 AM No comments:

Our collective shame ... must we?

La Cresta resident Esther Brandon posted this disgusting photo of a trash can on the Panorama Bluffs walking trail. No excuses here, from those who leave their trash in the park to the inability of the county to keep up with the trash pickup. Go figure. 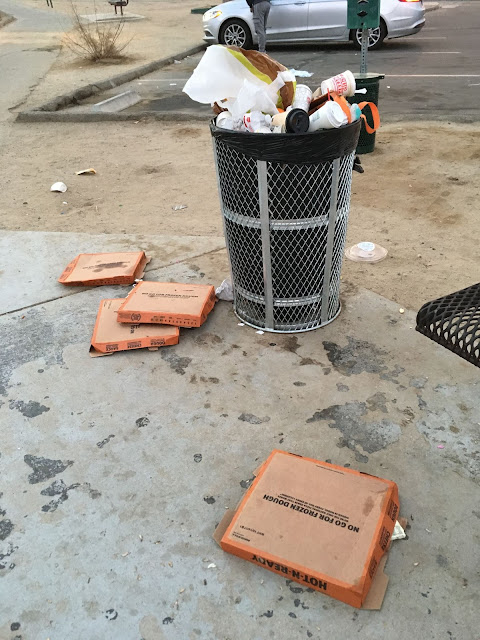 Posted by Richard Beene at 10:24 AM No comments:

A final wish for less pettiness in our political discourse for the new year, Muertos and the Silver Fox Starlite Lounge roll out new menu items and some recommendations for the new year


* ... FINAL WISH: A final thought as we head into 2018 after a tumultuous year politically and

socially. My simple wish is that we as a people can reject the poisonous attitudes of tribal politics that focus on blame and character assassination and instead look for the beliefs and traditions that bring us together. No matter who is in the White House or Congress, it is up to us as individuals to establish a more civil discourse. Identity politics that categorize us by the color of our skin, our gender, our nationalities or our political affiliation serve only to divide us and do precious little to advance a meaningful and honest conversation. Enough of pettiness and blame. Surely we can do better.

* ... SPOTTED ON TWITTER: "When I told my parents over the phone that my husband had the flu, my dad said 'Have you tried euthanasia?' and in the background my mom yelled 'For the last time, it’s echinacea!'"

* ... SPOTTED ON FACEBOOK: "Reflections on sexual harassment: Be respectful and don’t say anything to a woman at work that you wouldn’t want another man to say to you in prison."

* ... GOOD EATS: One of the local eateries I frequent - Muertos in the Wall Street alley downtown - is adding a handful of custom hot dogs to its menu. Among them: the "serrano dog" featuring grilled serrano peppers and onions, chopped bacon jack cheese and tomatillo slices, the "cheesesteak dog" featuring grilled carne aside, onions and bell peppers with melted jack cheese, and the "bird dog" with grilled chicken with pico de gallo, melted jack cheese, chopped ortega chillies and tomatillos salsa. 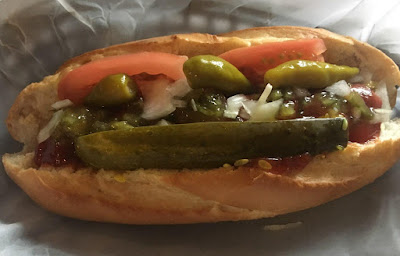 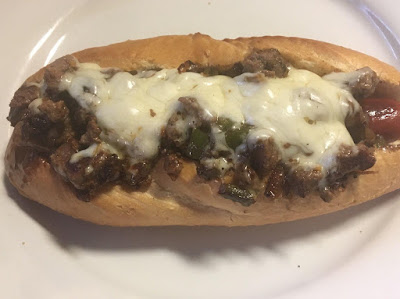 * ... SILVER FOX: Meanwhile they are now serving food over at the newly renovated Silver Fox Starlite Lounge across from Mexicali on 18th Street.  Bar manager Andrew Willingham told me the Starlite is now serving street dogs and tacos along with a few other items. The Fox is owned by Rod and Julie Crawford, owners of the iconic Pyrenees Cafe in east Bakersfield. 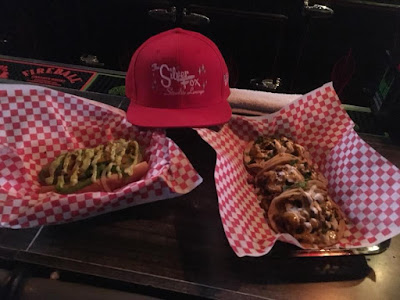 * ... PICKLEBALL: Did you know the fastest growing sport in America - including here in Kern County - is pickle ball? The paddle sport, played on a court about a third the size of a tennis court, has been embraced across town. At the Bakersfield Racquet Club, "pickle ball only" memberships are nearing the 100 mark, and private clubs like Stockdale Country Club and Seven Oaks have also restriped tennis courts to accommodate its popularity. Nick Jacobs, a Garces High graduate who is now the men's tennis coach at Bakersfield College, is preparing to hold his second "Renegade Cup" pickle ball tournament this September. Last year, its inaugural year, he had more than 100 entries. 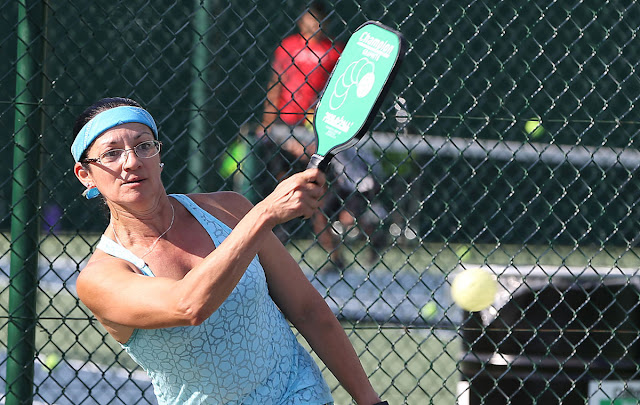 * ... NEW YEAR TIPS: If you own an old home like I do, it's good to know folks who can attend to the occasional problems that older homes present. So here are some recommendations for your new year, courtesy of my own experience: family owned Bakersfield Plumbing for those clogged sewer lines and water issues, Rich Johnson Painting and his crew for quick, affordable and thoughtful attention to detail,  Dean Farnsworth for a versatile handyman who can handle just about any job, and General Tree Service for those seasonal trimming jobs.
Posted by Richard Beene at 8:46 AM No comments:

Hurricane Maria causes a nationwide shortage of saline IV bags, and add the names Samuel Van Kopp and Jim Damian to the list of up and coming young people locally

* ... MEDICAL SHORTAGE: If you or a loved one receive regular intravenous injections, beware that there is a national shortage of the saline IV bags used to inject drugs in hospital and outpatient

settings. It turns out there are only a few providers nationally, and one of them was located in Puerto Rico owned by Baxter International. Hurricane Maria almost destroyed the Baxter facility, and a second manufacturer in Orange County has had quality control issues. That has left doctors and hospitals across Kern County scrambling to find new suppliers. The Food and Drug Administration is allowing Baxter to import saline and other IV bags from its other facilities in Australia and Ireland until the shortage ends. 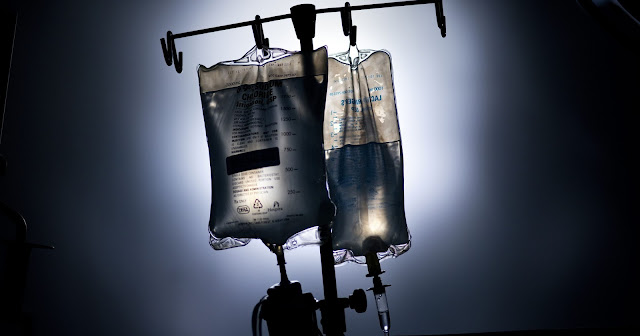 * ... NEW LAWS: Of all the new California laws that went into effect this year, more than a few have me scratching my head. To wit: we now have a third gender choice on our California driver's license: "non binary" which lives somewhere between male or female. Yet another law says Californians can no longer buy dogs or cats on installment plans (huh?) and a third forbids companies from asking prospective employees if they have a criminal record. To what end? 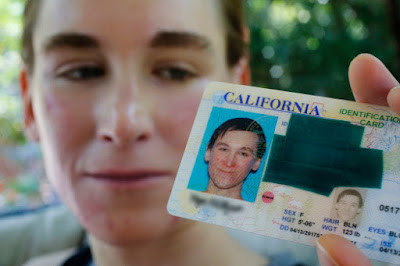 * ... SPOTTED ON TWITTER: "Yes you impress me. But so do plants that can go two weeks without water."

* ... SPOTTED ON FACEBOOK: "It's so cold in the upper half of the USA today that politicians will put their hands in their own pockets."

* ... VAN KOPP: Last week I threw out some names of promising young people who I hope will consider running for office here, be it the City Council or a local school board. A friend reached out and said I had overlooked one important person: Samuel Van Kopp, a Bakersfield High and West Point graduate who was gravely injured in a suicide bombing in Afghanistan in 2012. He was right. Van Kopp, 29, has worked for Rep. Kevin McCarthy and is now studying for his law degree. Thoughtful, witty and razor sharp, he personifies the type of leadership that this community needs to serve its citizens. 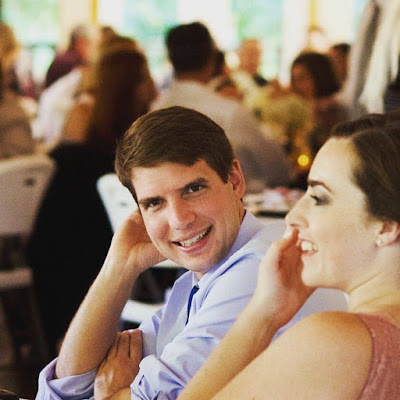 * ... JIM DAMIAN: And add Jim Damian to that list as well. The founder and chief executive officer of Stria technology company, Damian is active in local organizations and has the knowledge, commitment and progressive attitude that would serve our community well. 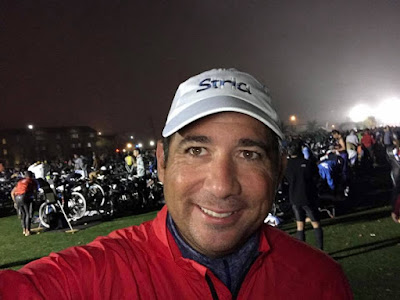 * ... MEMORIES: I was pursuing one of my favorite websites (the Facebook page "Kern County of Old") and found a reference to an old watering hole on Edison Highway called "Chet's Club." The entry had this to say about Chet's Club: "Located next door to the Lucky Spot, it was a well known 'watering hole' for Kern residents. The founder and early owner was Chester Earl 'Chet' Thompson (1902-1966). Chet was the biological father for my many, many year friend and Kern County of Old member, Jerry Frederick."

Posted by Richard Beene at 10:09 AM No comments: