McCarthy: small businesses struggle under the weight of over regulation, and the work going on to find a cure for Valley Fever

"Small businesses are the engine of our local economy, and we need a strong and vibrant business climate to spur job creation. Today, I sat down with local small business owners at Kern Door  From burdensome regulations, rising health costs that will be exacerbated by Obamacare, frivolous lawsuits, and overtaxation, our local small businesses just want to be left alone from government. We discussed the importance for a national energy policy that moves our nation to energy independence, tax reform that allows our country to compete against other countries, and regulatory reform that reins in government bureaucracy.
Company listening to their challenges and concerns that they are currently facing.


"Today, I also spent the day working alongside a technician of Kern Door installing a local garage door opener at a local home in southwest Bakersfield.  Kern Door has been in business since 1986 under the leadership of Ray Ice and his family. To see the hard work and dedication of his employees, the entire experience brought back the days when I owned and operated Kevin O’s Deli. To hear and see the challenges that Ray experiences on a daily basis is an important reminder that we need to simplify the lives of our small business owners.


"Also this week, I joined Congressman David Schweikert, who helped form the Congressional Valley Fever Task Force, in visiting the Valley Fever Center for Excellence at the University of Arizona to see the cutting edge research being done by Dr. John Galgiani and other scientists to develop a vaccine and a possible cure to Valley Fever.  Many may not know that three counties in Arizona and Kern County make up more than 90% of Valley Fever cases across America.


"We toured the Bio-Secure Level 3 research laboratory there and discussed the possible breakthroughs in detecting and preventing Valley Fever. There is promise in a drug called Nikkomycin Z to cure Valley Fever and the need for a drug trial to test its effectiveness.  There is also work being done in modifying the genetic makeup of Valley Fever spores that has promise in producing a viable vaccine. We also discussed strengthening the partnership between Arizona and California to develop best practices in diagnosis and treatment of Valley Fever.


"After our discussions with Valley Fever advocates in Arizona, who will also be participating in our Valley Fever Symposium in Bakersfield in September, I continue to be optimistic that with continued collaboration and partnerships, that great strides can be made in fighting this growing disease.


"All the current advances in scientific research on Valley Fever began with the work in Bakersfield and Kern County.  And no one deserves more credit than the late Dr. Hans Einstein.  There is a People and Pets Walk for Valley Fever Saturday and they will honor the life of Dr. Hans Einstein afterwards. I encourage everyone in the community to attend.


Posted by Richard Beene at 7:22 PM No comments:

The city of Fresno pops up on a list of 20 cities that may be headed to bankruptcy due to unfunded pensions, and the evolving and utterly weird story of the PGE implosion gets odder by the day


* ... FINANCIAL WOES: The city of Fresno has popped up on a list of cities that could be headed for bankruptcy. According to the website Newsmax, Fresno ranked No. 3 on a list of 20 cities with

serious financial problems due to unfunded pension liabilities. Said Newsmax: "Fresno had the ratings of its lease-revenue bonds downgraded to junk-level by Moody's, which also downgraded its convention center and pension obligation bonds due to the city's 'exceedingly weak financial position.' The other cities in the top five were Compton, East Greenbush, N.Y., Gulf County, Fla., and Harrisburg, Pa. 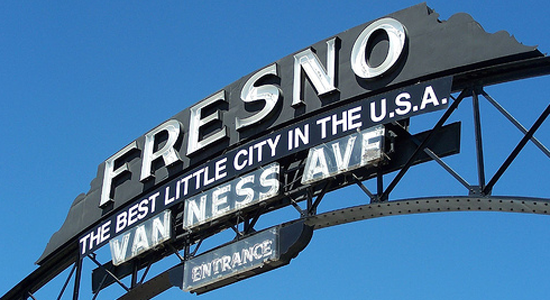 * ... EXPLOSION: Can this story about the disastrous implosion of the PGE plant on Rosedale Highway get any weirder? Californian reporter John Cox is now reporting that one of the subcontractors was not legally licensed, and it seems no one can figure out just who - if anyone - reviewed the plans to implode the twin plant towers. Build a wheelchair ramp on your house and you need a permit, but blow up a power plant and no one seems to know exactly who needs to review the plans.


* ... SAN FRAN: Kern County Auditor and Controller Mary B. Bedard dropped me a note about a previous blog post noting that an astounding one in 28 residents of San Francisco are on the public payroll. She noted: "While not defending San Francisco, I would like to point out that the staffing levels at the city of Bakersfield and San Francisco are not comparable because San Francisco is organized as both a city and county in a single governmental entity. Therefore, San Francisco is providing services such as libraries, public health, district attorney, public defender, aging and adult services, child support services, and many other services that are provided to the residents of Bakersfield by the County of Kern."

* ... BOOMERS: Did you know that this week (August 6, actually) marked the 68th anniversary of the last submarine lost in World War II? Gene Bonas, a friend who served on two different 'boomers,' told me the last sub lost was the USS Bullhead SS 332 with the loss of 84 men. "The month of August saw the loss of four subs and 241 men. One sub, the USS S-39, ran aground on a reef with all crew rescued. Another sub, the USS Cochino SS-345, was lost in 1949 due to a battery explosion and fire.  One Cochino submariner was lost and six men assisting from the USS Tusk SS 426 were lost."

* ... JINGLE: Matt Koelzer wrote to settle the riddle on the old radio jingle advertising a business on Wible Road. He said it was the Bakersfield Swap Meet, located on the site where 3 Way Chevrolet now sits.

* ... MEMORIES: From reader Mike Stewart: "I thoroughly enjoy your column, as it brings back memories of old Bakersfield. I have a question for you and fellow readers. Does anyone remember a little neighborhood market called Gus's? It was on E Street, off Palm? I remember swimming at the Beale Park pool and then going to the small store for candy afterwards."

Posted by Richard Beene at 11:31 AM No comments:

* ... CITY PAYROLL: The city of Bakersfield under City Manager Alan Tandy is running much leaner than cities of comparable size. At least that's the conclusion of a new study by the Washington Examiner, which calculated the ratio of residents to city workers for U.S. cities with a population of at least 200,000. Here is one example: while one out of every 28 residents in San Francisco is on the city payroll, Bakersfield has the highest - 246 residents per employee. Said reader John Pryor: "We should be proud of our local leadership and management. Overstaffing translates to unfunded pension liability and ultimately to municipal bankruptcy." 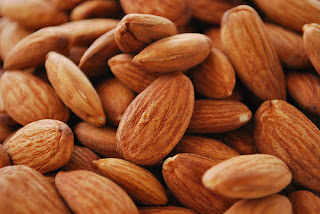 * ... POWER PLANT: Local plaintiff's lawyer David Cohn is questioning if whoever approved the PG and E plant explosion did its due diligence.  Talking on First Look with Scott Cox, Cohn wondered why the twin plant towers did not have protective screening (wraps or plywood) to prevent shrapnel from flying into the crowd of onlookers. He called the power plant a "honeycomb" of steel and valves and pipes that posed a clear safety risk to anyone in the area. 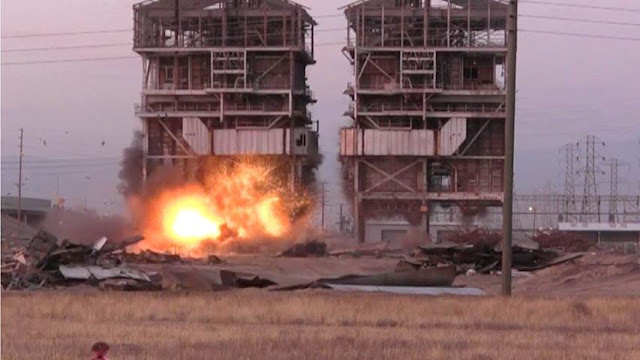 * ... OVERHEARD: An absolutely ebullient woman, grinning ear to ear, runs up to a friend in a local Starbucks and says, "It just took me four minutes to get into town on the Westside Parkway! I love it!"

* ... WEST ROTARY: West Rotary helped some needy children this past weekend, allowing several dozen kids to particiape in the $100 Children's Shopping Spree at Kohl's. Said member Vija Turjanis: "Instead of 30 kids, the final count was 32, and when Rotarians realized that there were two additional children, they magically produced two more $100 gift cards. It was a fabulous event and wonderful to watch these children's faces beaming with joy when they come out of the store with their new clothes for school. Additionally, after the children completed their shopping, they were treated to a hot breakfast, and then they were also able to select a brand new backpack equipped with school supplies from a variety of colors."

* ... BAKERSFIELDISM: And here is a special Bakersfieldism from longtime resident and Californian reader Robert Delgado, who just celebrated his 87th birthday. "I remember when I was about 5 years old, my dad took a wagon load of hay all the way down Wible Road (now Oak Street) to the stock yard, that was next to the train tracks for cattle loading. At that time there was no overpass and only a Man Signal on the track."

The lawyers descend on those injured from flying shrapnel from the explosion that went awry, and Andy Vidak appears at Bear Mountain Sports to savor his victory


* ... EXPLOSION: The planned implosion of an old power plant in Bakersfield that went awry is tragic beyond words. One man lost a leg when shrapnel flew hundreds of feet into the parking lot at a nearby Lowe's, and at least four others were injured. Given the dozens of videos posted on YouTube, it is surprising that even more people were not injured. It likely will be some time before we learn what went wrong, but by the time the lawyers are done with this, PG and E and the demotion experts will likely pay a high price for the mistake. 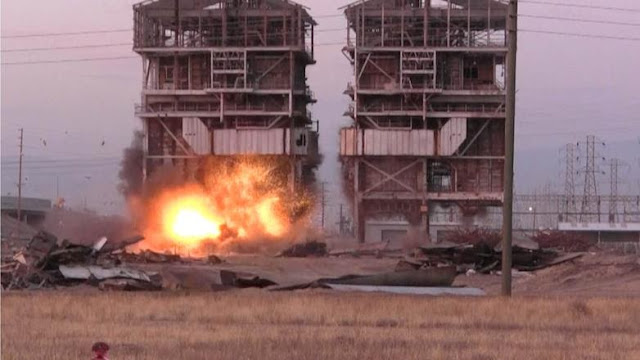 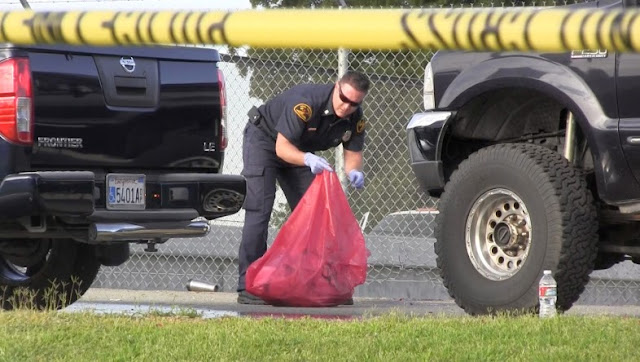 * ... PARKWAY: Social media was abuzz with positive reviews of the new Westside Parkway, which opened Friday. It will be a particular boon to folks who live in the extreme Southwest and Northwest, allowing commuters to avoid the dreaded Rosedale Highway and the always clogged Truxtun Extension. I do worry about what will become of the minimalist bark landscaping after the first big rain or windstorm. Only time will tell. 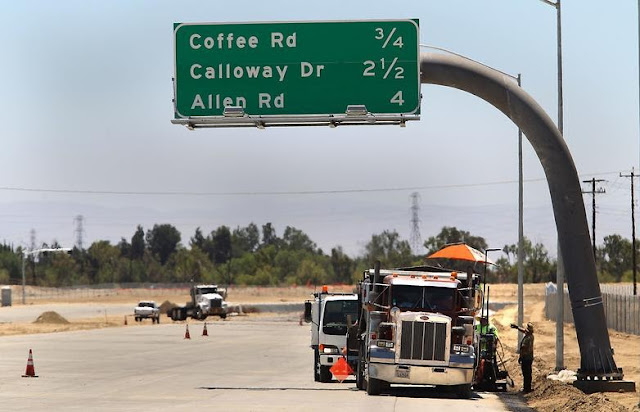 * ... VIDAK: A relaxed Andy Vidak made an appearance at Bear Mountain Sports this weekend to thank Kern County voters for helping him win the 16th state Senate runoff against Leticia Perez. Bear Mountain Sports owner Gene Thome always puts on a good show for his annual dove season sale, and Vidak was at center stage along with music by the Bakersfield Rhythm Boys and the raffle of a rifle. Vidak, a Hanford cherry farmer, takes office later this month. (photo courtesy of Gene Thome) 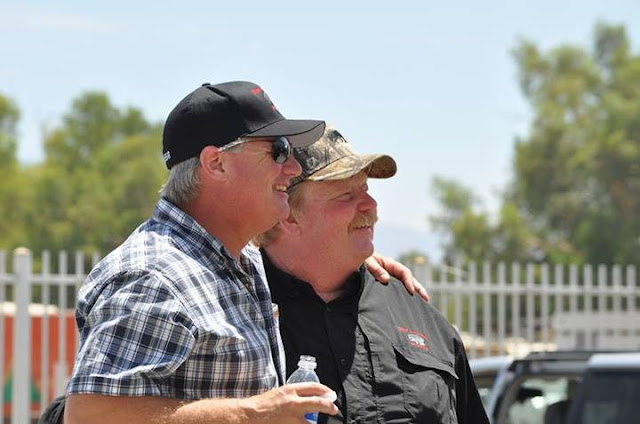 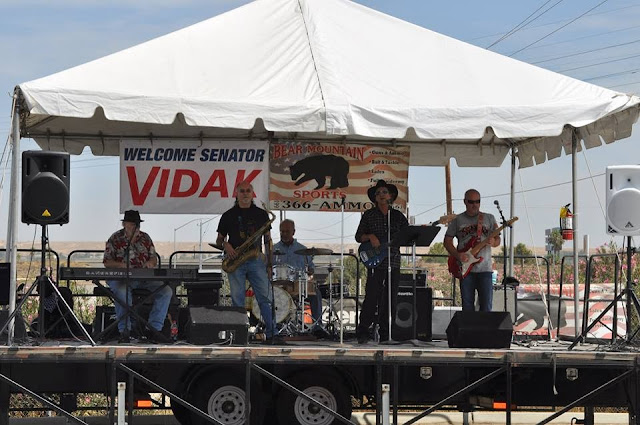 * ... JINGLE: Here's a question that Stephen A. Montgomery has been wrestling with. Let me know if you can help. "Back in the late 1950s and early 1960s on KAFY, then the radio station of choice for young people, there was an ad with the voice of a speaker using a mock cartoonish hillbilly accent advertising some business on Wible Road; '...Waa-aable Road!' as he said it. Friends and family remember the ad but none of us can remember what it was promoting. Since then there have been a couple of changes on Wible Road, such as SR 99 on one or the other side of it and a lot of construction post dating that time, but we are trying to remember what long ago business sponsored that ad."

* .... MEMORIES: Another memory from long time ago compliments of reader Elinor Grant. "Does anyone remember the oriental auction house? It was on Eye Street across the alley from the old Newberry store in the 1930s. I purchased a small coin purse made in China. Just recently I passed it on to a friend who intends to pass it on to his daughter. Still in mint condition! (the coin purse that is)."
Posted by Richard Beene at 11:06 AM No comments: