* ... BIKE PATH: Longtime local lawyer Jay Rosenlieb took a nasty tumble on his bicycle recently while riding on our bike path.  (You may remember him as the spokesman for the Reis family after the tragic murder of their two children in Coronado) Jay is going to be fine but he had this advice for those of us who like to get out for the occasional ride. "My accident started with not consciously checking to make sure that I had all my riding equipment (my helmet), continued with listening to some great (but distracting) music, and finished with high speed. My concussion, dislocated jaw, staples in my leg, one totaled bike and another bike requiring repairs were the result." Thanks to Jay for sharing this and for all you who use the bike path: stay alert, leave your music at home and if you are on the bike, wear a helmet. Get well, Jay. 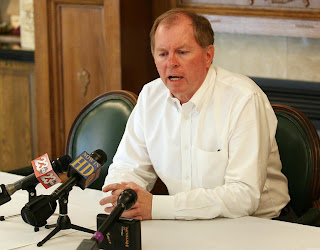 * ... SICK BAY: One of my resolutions this year is to do better tuning out the negative influences in life. You know what I mean: the shrill political and religious zealots who demonize those who disagree, the petty  neighborhood gossip who delights in the misfortune of others. Now contrast that with an email exchange I had with Wendy Wayne, the delightful and thoughtful former First Five Commission chairman who is back in Los Angeles undergoing chemotherapy while battling non-Hodgkins lymphoma. Not content to dwell on her own illness, Wendy turned the tables and wanted to know about my life, my children, my own health. She simply refuses to feel sorry for herself and instead turns her attention to the welfare of others. Wendy is one who makes this world a better place, and I am rooting for a fast recovery. 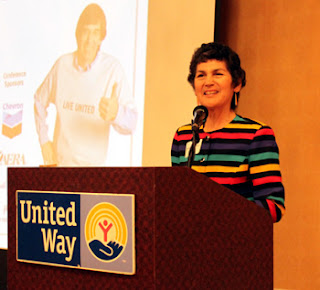 * ... RECOVERING: David Price III, the former county department head who retired to Tennessee only to be stricken by a severe back and neck problem, is slowly recovering with help from family and friends. "I am still getting stronger and I am able to take steps (with some guidance) forward, backward and to the sides." He now has a van outfitted to get around. Keep Dave and his family in your thoughts and prayers.


* ... SPOTTED: A male resident of the Porterfield Hotel in downtown Bakersfield is spotted on the hotel's front steps, shirtless, shaving his chest, then his back and finally his head.


* ... GOOD SIGN? Certain commodities including gold are often referred to as economic indicators.  When gold prices are up it usually reflects a sluggish or slow economy. Currently, gold prices are down significantly  ($1600) from only 6 months ago (September 2011 it was $1900 per ounce) where they reached an all time high.

* ... CLEAN UP: The prospect of rain this weekend has led to the postponement of the downtown clean-up day. It is now set for next Saturday, January 28, beginning at 9 a.m. at The Metro Galleries on 19th Street.

Posted by Richard Beene at 1:49 PM No comments:

If Jesus is with the 99 percent, where does that leave Denver quarterback Tim Tebow?

* ... SHERWYN: Ran into my old friend Art Sherwyn the other day and had a chance to catch up on his life since he retired as a teacher last year.  Sherwyn was a beloved art teacher for years and also coached the Stockdale High School girl's tennis teams to back-to-back Valley Championships. (He also taught at Wasco, South and McFarland high schools) He's now teaching a little tennis at the Bakersfield Racquet Club and pursuing his own art career. In fact, next month his own mother's art will be featured at The Metro Galleries beginning on First Friday, February 3. 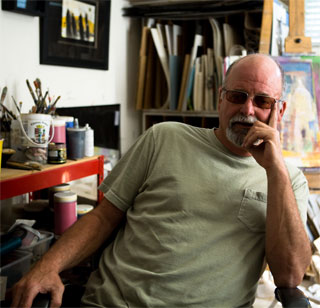 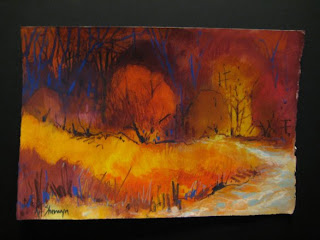 * ... DRESS BARN: The local Dressbarn outlet on Rosedale Highway in the Northwest Promenade is not closing. That's the word from store manager Susan Schwartz who told me the store will be closed for only two months for a complete remodel. She wanted to put rumors that it was closing permanently to rest. "We are simply shutting our doors for two months for a remodel. Our store sales performance and customer service actually ranks in the top 10 percent of the chain. We will be back in business March 19 and I promise we will be one of the prettiest stores in Bakersfield."


* ... OVERHEARD: A woman is telling a friend about a panhandler who stationed himself on a busy off ramp on Highway 178. "I always gave him money until one day he wasn't there, so I turned around and came back through the same spot and saw him getting into a black Lexus and driving away."

* ... SPOTTED: A bumper sticker on an SUV reads "Jesus is with the 99 percent." Guess that leaves out Denver quarterback Tim Tebow, whose $10 million salary certainly qualifies him as a 1 percenter. 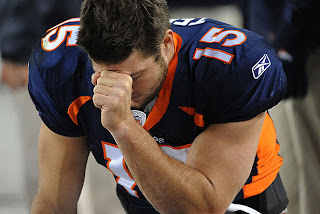 * ... EVENTS: A couple of events that are worth checking out. On Sunday, January 29, the Guild House will be presenting a five-course dinner for $100. Proceeds support the Henrietta Weill Child Guidance Center. Call (661) 834-3566 for reservations. Then on Friday, February 3, the Southern Valley Friends of the National Rifle Association hold its annual dinner and auction at the Bakersfield Elks Lounge. Tickets are $50. Call (661) 205-8569 for details.

* ... MEMORIAL: I was afforded a sneak peek of the new Pediatric Intensive Care Unit at Memorial Hospital recently during a reception for donors. Hospital president Jon Van Boening deserves a lot of credit for having the vision of bringing a children's hospital to Bakersfield, and it's just short of amazing how much has been accomplished in such a short period of time. All this, no doubt, is due to the generosity of the people of our community. Among those I spotted at the reception were Dr. Javier and Laurie Bustamante,  Tracy Walker Kiser of H. Walker's Men's Clothiers, whose Rotary Club of Bakersfield donated $100,000 to the cause, Duane and Corey Keathley, Nancy Carr, Pat and Steve Loyd, Jill Thayer, Dr. Madhu Bhogal, Dr. Tommy Lee, Valley Republic Bank's Bruce Jay and many others.

* ... BIKE FRIENDLY: Get ready for a huge cyclo cross bicycle race out at Hart Park this weekend. It's the official Southern California versus Northern California cyclo cross championship which always draws a good crowd. Sam Ames, the manager over at Action Sports and himself and accomplished cyclist, is coordinating the race and will be my guest on Californian Radio KERN 1180 Monday morning at 9 a.m. Later in the hour I will be talking with representatives of Bike Bakersfield about efforts to create a cycling master plan for our community.

* ... OVERHEARD: A young woman remarking on the spectacular weather this past Friday: "I had business down on Union Avenue and it was so nice even the hookers were in their summer attire!"


* ... BLOWBACK: The Las Vegas sportswriter who penned a childish rant about Bakersfield has received some feedback from my readers. Said one: "The next time you come to Bakersfield (if you dare lower yourself to grace us with your presence), take some time out of your hectic schedule to actually investigate our city. We're obviously not going to be as flashy as Las Vegas (who is, by the way?) and our city has been built around the cornerstone of hard work, industriousness, and family. Our main contributions (agriculture and oil) to this world are things that are actually useful and tangible endeavors. Compare that to a city whose entire existence has relied on tourists dollars through the arguable seedy business of gambling. Now don’t get me wrong, I love going to Las Vegas and seeing the beautiful hotels and incredible shows. But there is no way in hell I would ever choose to live there."

* ... GLUTEN-FREE: The latest issue of Fortune magazine notes that going gluten-free is the latest food industry craze. It's apparently so popular that Subway is testing a gluten-free sandwich roll and brownie and McDonald's offers a gluten-free bun in Spain, Sweden, Finland and Norway.

* ... BEST OF KERN: Make sure you go to www.BestofKern.com to add your voice to the annual "Best of  Kern County" polling. This year is a tad different; each week for a month a new group of businesses will be nominated. The results will be published in the April 28 issue of BakersfieldLife magazine.


* ... WHO KNEW? Did you know that Highland High grad Cami Benjamin turned tennis pro by the age of 15 and competed against players like Martina Navratilova, Billie Jean King and Steffi Graf? She’s also featured in the book “Blacks at the Net: Black Achievement in the History of Tennis.”
Posted by Richard Beene at 3:38 PM 1 comment: