Assistant police chief arrested for spousal abuse, Luigi's is vandalized by the drug addicts on our streets, and community leaders meet to set out a new anti homeless strategy

Welcome to Bakersfield Observed. Our mission is to celebrate life in Kern County by focusing on newsmakers and events and the local characters who make this community such a special place. Send news items to rsbeene@yahoo.com.W

* ... ASSISTANT CHIEF ARRESTED: Did you hear about the assistant police chief being arrested for alleged spousal abuse outside the VIP Lounge? He was arrested outside the bar around 12:40 a.m. after people reported a man was abusing a woman outside in a white SUV. KERN 23ABC has video footage and  I spotted this post from a woman on Facebook. "Last night I was with some friends

grabbing a drink at VIP Lounge where this man, Evan Demestihas, beat and attempted to sexually assault his wife in the parking lot outside. After she escaped, he stole her car and drove off. It took Bakersfield Police Department over 30 minutes to respond to our call, all for them to beat around the bush to ask anyone questions. I have never seen someone so scared, so hurt, so defeated. Now, I am not one to sit here and preach about how corrupt police systems are or how cops only protect themselves and not the people or whatever else is out there to slander any type of government. However, the way this situation was handled last night was nowhere near efficient enough. Not only was I scared for the woman who was traumatized, but I was also scared for myself and my friends with me that night. This is one of the faces of our Police Department right now ladies and gentleman. This is the person who is supposed to make us feel safe." 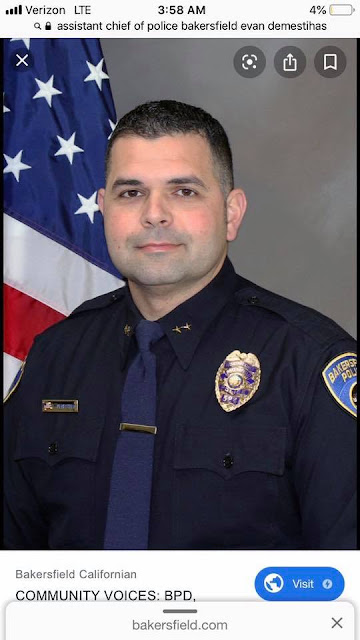 * ... PUBLIC OUTCRY: Add Luigi's Delicatessan and Restaurant to the list of iconic Bakersfield businesses that have been victimized by our homeless and drug crisis. The alarm went off at 10:15 p.m. Tuesday after someone broke through the familiar red front door. Meanwhile, here is an example of the public frustration that I spotted on social media, remarking on a picture of a homeless person with a stolen blue trash can: "I don’t even make comments on all this any longer.. nothing is being done to remedy/fix this problem. Our 'laws' are laughed at, not enforced, and the joke seems to be on us... the taxpaying fools that continually ripped off by these offenders. The owner of that blue container, will have to PAY the city to get a new one delivered. Those shopping carts all over town...are stolen, another expense the Smart and Final has to eat. Ho hum....pigs on the street making messes." 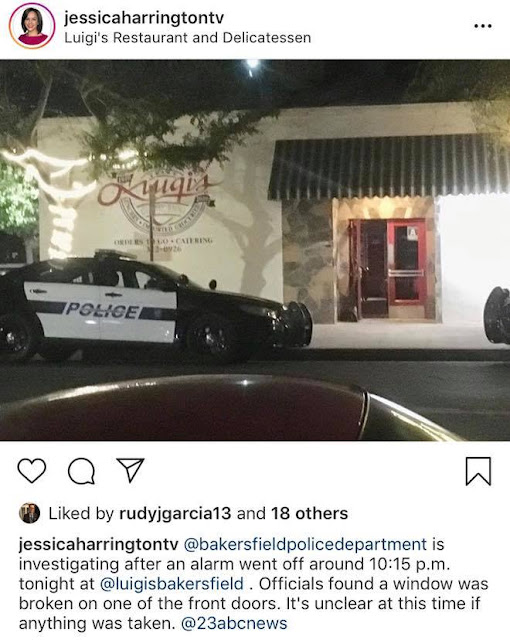 * ... SPOTTED ON TWITTER: "I was walking around my house this morning and I saw myself in a mirror. Now, although I know I’m not a young man, I decided then and there that I had to do something about what I saw. So I’ve had all the mirrors removed.

* ... TRASH: Meanwhile the (quite literal) trashing of our city continues. The drug addicted homeless regularly upend our trash cans and bins, looking for something to eat or barter, and with a little wind this litter covers our streets. All this as police drive by with hardly a notice. 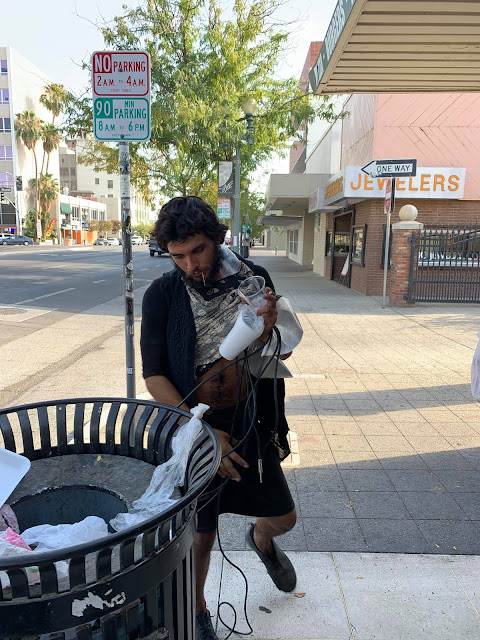 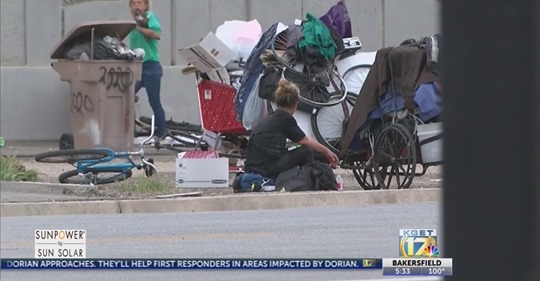 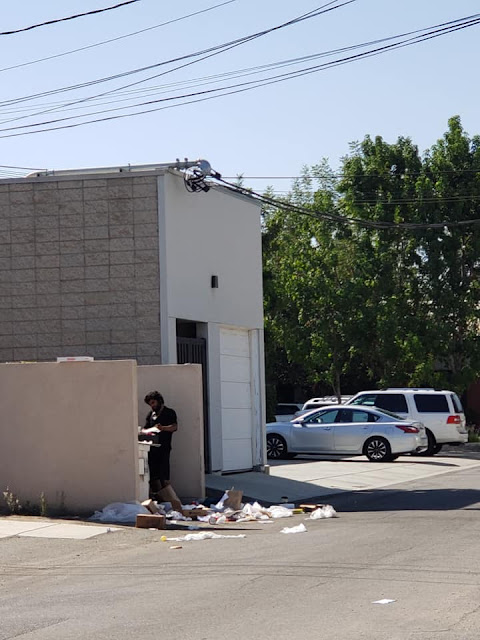 * ... MEMORIES: Check out this pictures from the Kern County History Fans on Facebook. 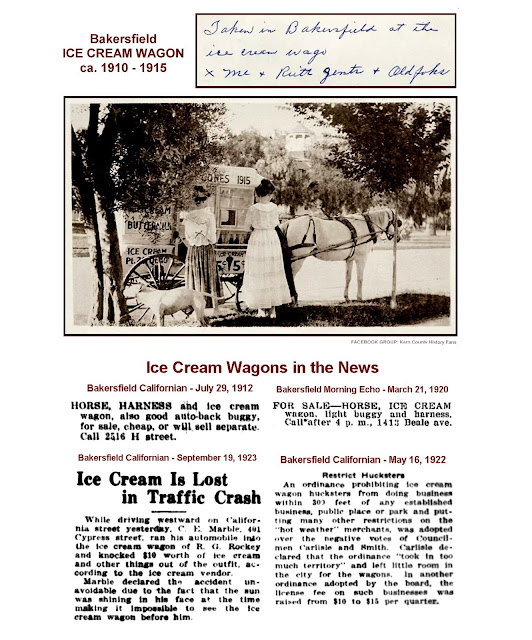 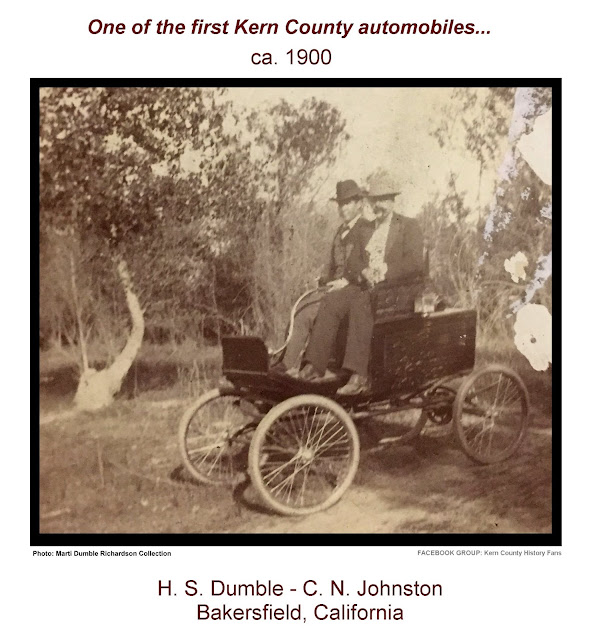 Posted by Richard Beene at 11:22 AM No comments:

A local men's clothing store is the latest to suffer from our explosion of drug addiction and vagrants, David Valadao jumps in the race to reclaim his congressional seat and some fun facts on Labor Day

* ... LABOR DAY: Happy Labor Day, and here are some fun facts you may not know: The first Labor Day was celebrated on Tuesday, September 5, 1882 ,in New York City, planned by the Central 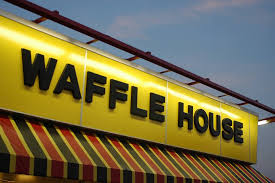 * ... DOWNTOWN CRIME: The sheer amount of petty crime - larceny, burglary, theft, vandalism, public urination and intoxication - can seem overwhelming at times. There is hardly a day that goes by when someone in town - a business person or an individual - is not victimized by the tsunami of drug addiction, homelessness and general craziness that thrive on our streets. This weekend it was the turn for H. Walker's, our premier downtown clothing store, to have its windows smashed out. Owner Tracy Walker Kiser had the glass replaced and installed in hours, but the damage - and expense - was done. 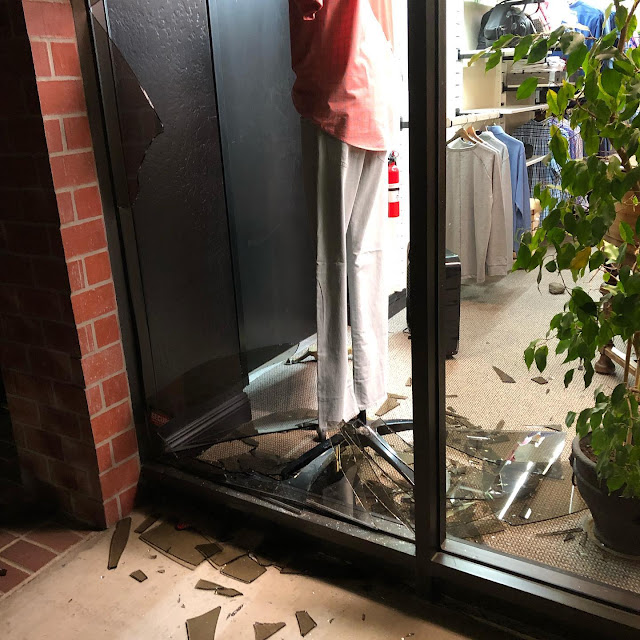 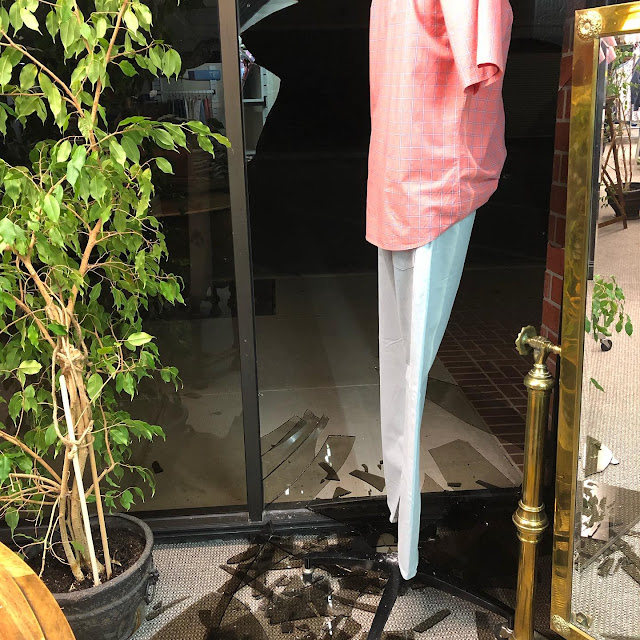 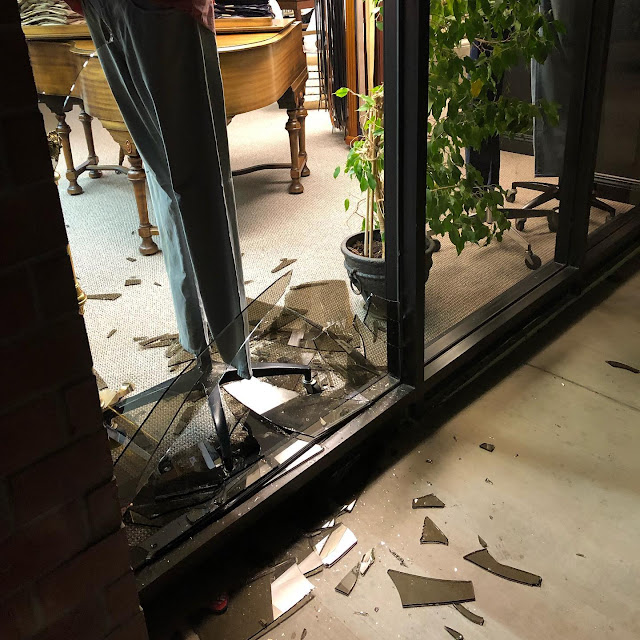 * ... HOMELESS: Here's a distressing image of something we have grown accustomed to: a homeless man with a stolen blue waste can sorting through trash next to the DMV on F Street. The caption on the Facebook post read: "Anyone missing their blue recycle can? This guy is sitting there picking through everything! This is on F Street across from DMV." 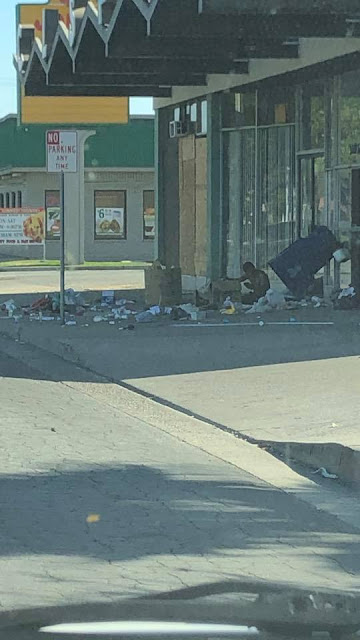 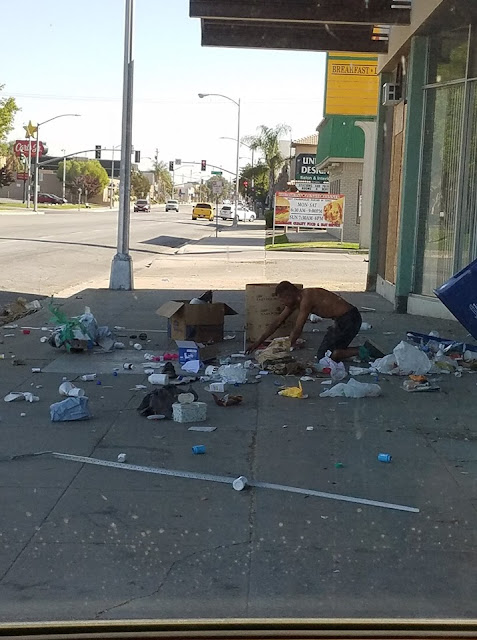 * ... VALADAO: After losing reelection by the slimmest of margins, former Congressman David Valadao has signaled he will run again for the 21st Congressional District seat now held  by Democrat T.J. Cox. The 21st is an overwhelmingly Democratic district, one of the poorest in California, and Valadao served as a moderate, advocating immigration reform and often taking sides against his own Republican Party. Nevertheless he lost during the "blue wave" in the 2018 mid-term elections. (file photos of Cox, Valadao) 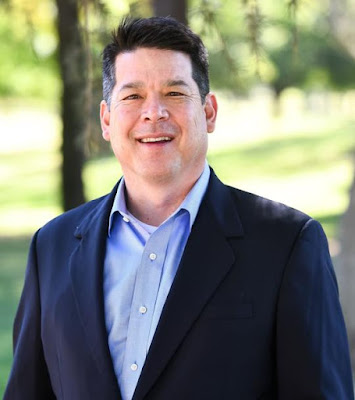 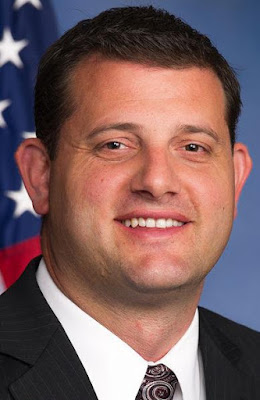 * ... MEMORIES: Feast your eyes on these classic old pictures of our town back in the day. 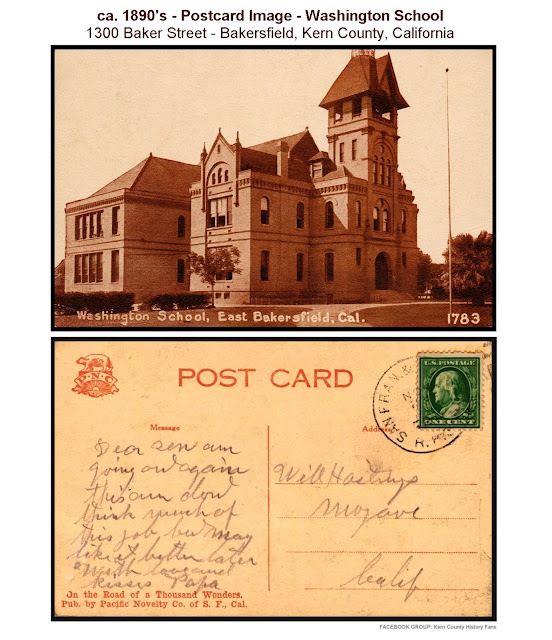 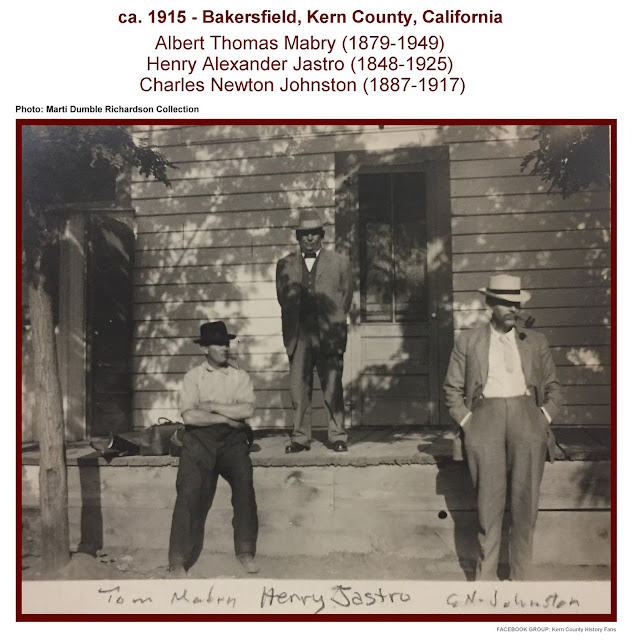 Posted by Richard Beene at 4:52 PM No comments: