Welcome to Bakersfield Observed. Our mission is to celebrate life in Kern County by focusing on newsmakers and events and the local characters who make this community such a special place. The views expressed here are strictly my own and do not represent any other company or publication.
* ... RIP COLIN POWELL: We lost Gen. Colin Powell this week, but he leaves behind a legacy of leadership and wisdom. Powell had been suffering from cancer and Parkinson's when he contracted

COVID-19 (he was vaccinated but remained in a high risk group) and died. He was 84. Powell left the nation a lot in his writings, and one of his most powerful were his 13 lessons of leadership. Here they are: 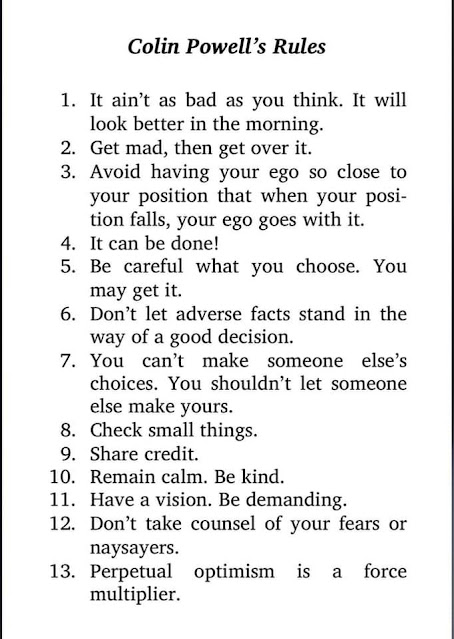 * ... LOUIS GILL: Former non-profit leader Louis Gill is challenging Rep. Kevin McCarthy in the 23rd Congressional District, but are voters ready to send McCarthy packing just as he may be ready to become House Speaker, assuming the Republicans win the House back? Gill spent 21 years with Bethany Services, serving as head of the homeless shelter and the Alliance Against Family Violence. In announcing he faulted McCarthy for focusing on his own political ambition at the expense of the district. Gill will run as a Democrat and will join two others - actor Bruno Amato and teacher Marisa Wood - in the campaign. While anyone challenging McCarthy may seem like a long shot, Democrats believe this time is different. Here is why this is important: McCarthy has enjoyed overwhelming support for reelection over the years, but he did so while positioning himself as something of a moderate in the mold of his mentor and predecessor, Bill Thomas. But the Trump presidency, and specifically McCarthy's loyalty to Trump, as well as McCarthy's wishy-washy response to the Jan. 6 Capitol riots, has cost McCarthy support among moderate Republican business owners and voters. And McCarthy also is widely distrusted by the conservative fringe of his own party, where he is viewed as a Trump conservative out of convenience, not conviction. Has McCarthy lost enough local support to allow someone like Louis Gill to slip through? It's doubtful, but only time will tell. Gill will also have to go up against McCarthy's ability to build a sizable war chest, not insurmountable but tricky to say the least. It's game on. Stay tuned. 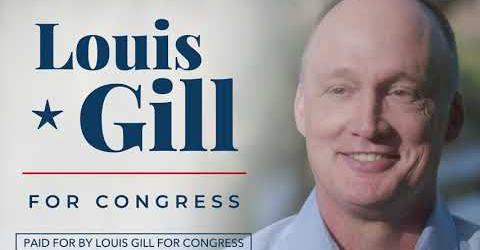 * ... RUDY SALAS: Meanwhile the Democrats also took aim at the 21st Congressional District where Rep. David Valadao is seen as vulnerable. Assemblyman Rudy Salas has announced he is running against the Republican Valadao, and he made the announcement surrounded by some Kern County Democratic power brokers, including Supervisor Leticia Perez and civil rights advocates ate Dolores Huerta. Already announced as a candidate on the Democratic side was former Assembly person Nicole Parra, a once formidable leader and opponent who appears to be getting marginalized by her own fellow Democrats. (file photos of Valadao, Parra and Salas) 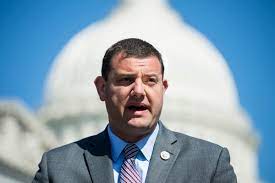 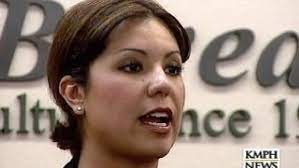 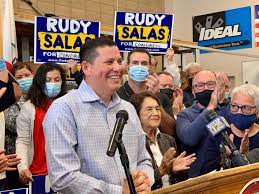 * ... TED SISCO: It was distressing to learn of the passing of Ted Sisco, one of the retailing pioneers of the CBD industry in Kern County. Sisco died under unknown circumstances and services are pending. He was just 52 years old. This note was posted by employers of his CBD Shoppe on F Street: "It is with great sadness that we have to inform you all of the loss of our owner, Ted Sisco. He was not just our boss. He was a mentor, a leader, and most of all our friend. He cared for all of us employees like family and he truly cared for the well-being of our customers. We thank you all for the shares, phone calls, and prayers. We also ask to please respect his family's privacy during this difficult time. We will continue to stay open for the time being and will give updates on any changes." 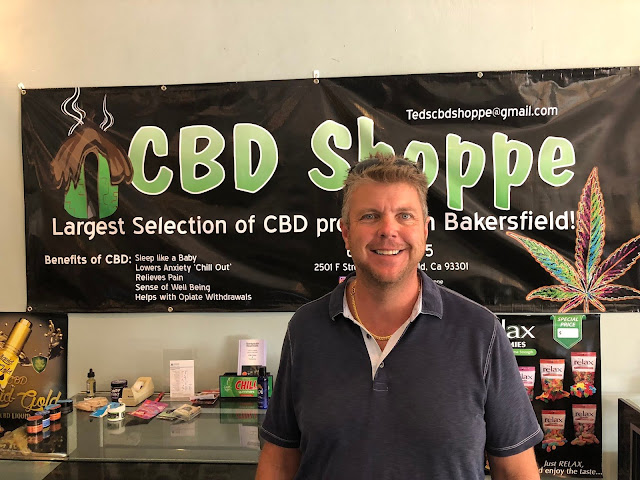 * ... CSUB WRESTING: The CSUB wrestling program may have an enviable record in competition, but the program has struggled to survive through the years thanks to the efforts of volunteers and the Coyote Club. And now one of wrestling's biggest supporters has stepped forward with a big gift to keep the program going. The Tobin family (Craig Tobin represented CSUB on the team when it won a national title) is donating $125,000 to establish the Tobin Wrestling Scholarship at CSUB. It will be paid out over five years. Craig Tobin, a 1979 alumnus, said the focus of the new scholarship is to bring more students into CSUB’s wrestling program and support them in their academic and athletic pursuits. There are currently 30 student-athletes in the program, according to the university. “We want to give back a little bit,” he said. “This is a strong program that CSUB has. There’s a lot of good, hard-working kids out there. All they need is a chance.” (historic picture of CSUB wrestlers provided by CSUB) 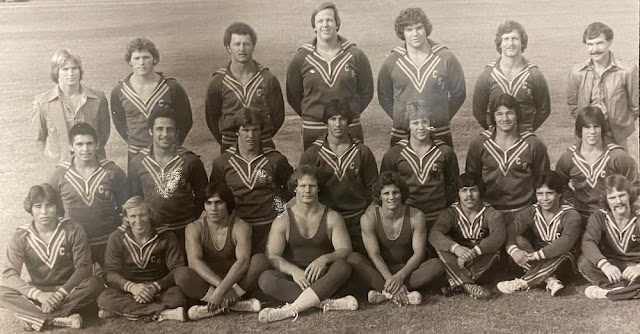 * ... MEMORIES: Every wonder where the lines for the old trolleys ran in East Bakersfield? Well this old map from the Kern County of Old website answers some of those queries. 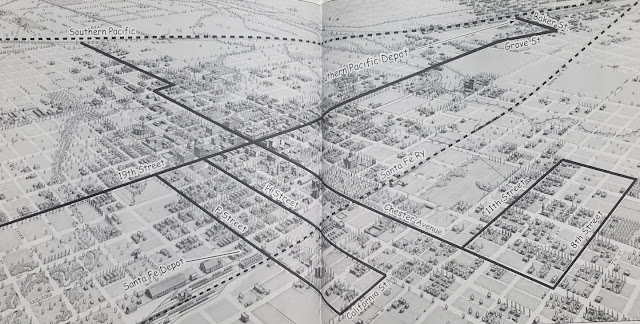 Posted by Richard Beene at 10:02 AM No comments: