Nancy (Wickersham) Hall dies, some snapshots of our homeless problem around town and celebrating the last standing Woolworth's right here in downtown Bakersfield

* ... MERRY CHRISTMAS: Merry Christmas to everyone who reads this blog, which has now

entered its seventh year publishing multiple days of the week. Though we have plenty of problems here locally, the positive spirit of our community remains as strong as ever. Here's to your Christmas and a successful and healthy 2019.

* ... RIP NANCY HALL: Our community lost a grand dame this week with the death of Nancy Hall, wife of longtime jeweler Don Hall and long a fixture in Bakersfield. Born Nancy Wickersham, she was raised in a Spanish bungalow on Cedar Street downtown, where her soon to be husband Don courted her. They were married in 1951. She was 86 years old when she died. She had been suffering from Alzheimer's and died on Sunday. Her son, Jon Hall, posted this about his father on Facebook after announcing his mother's death: "Prayers for him, because two hours later he receives more news that his sister; my Aunt Sonya passed in Los Angeles. I am numb." 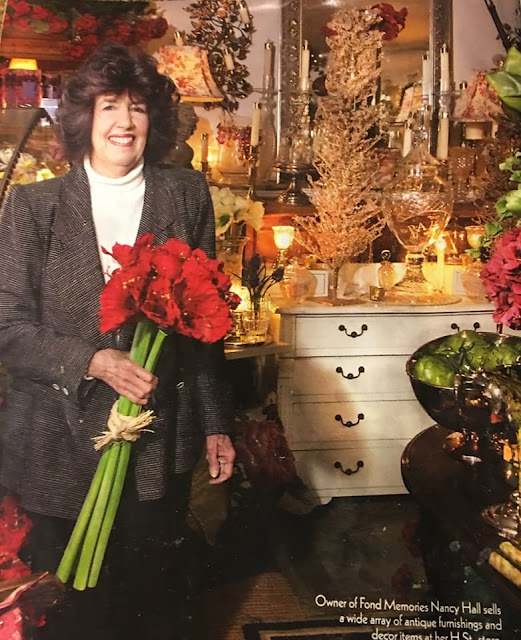 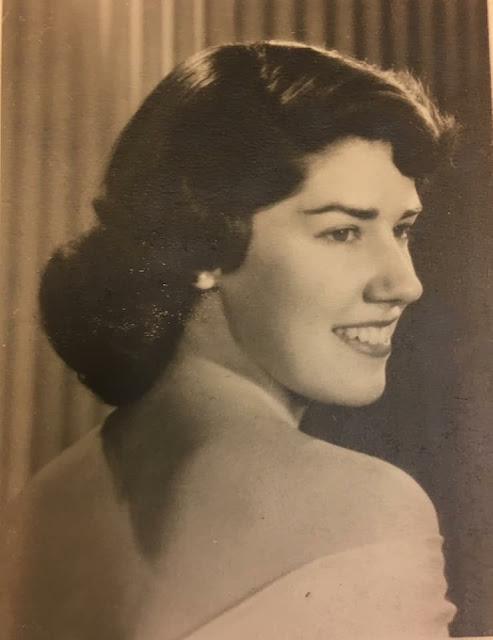 * ... HOMELESS: Here are some random shots of homeless in our downtown on the Sunday before Christmas. The problem is not getting any better. 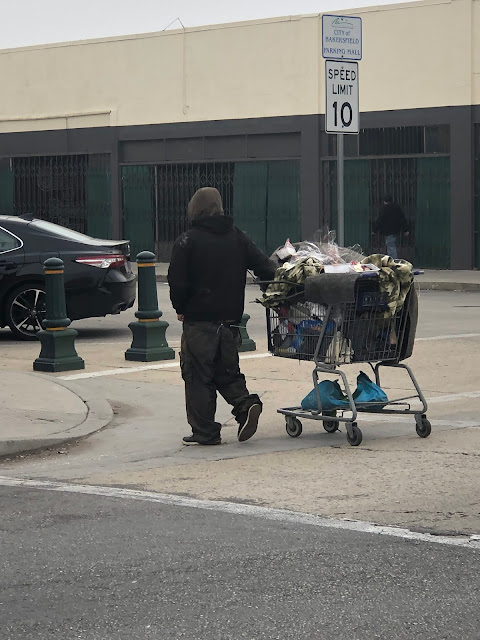 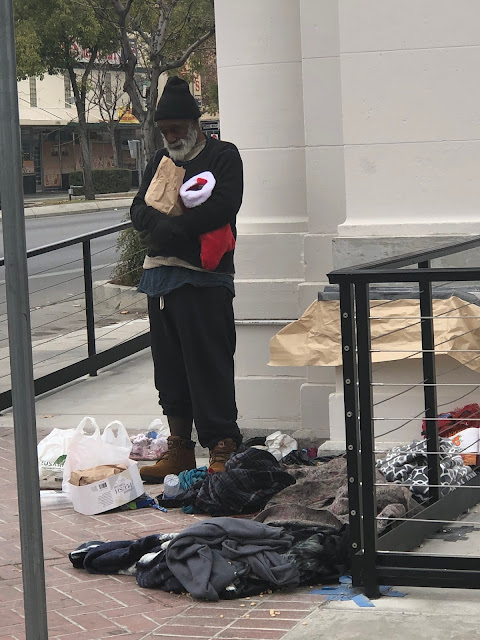 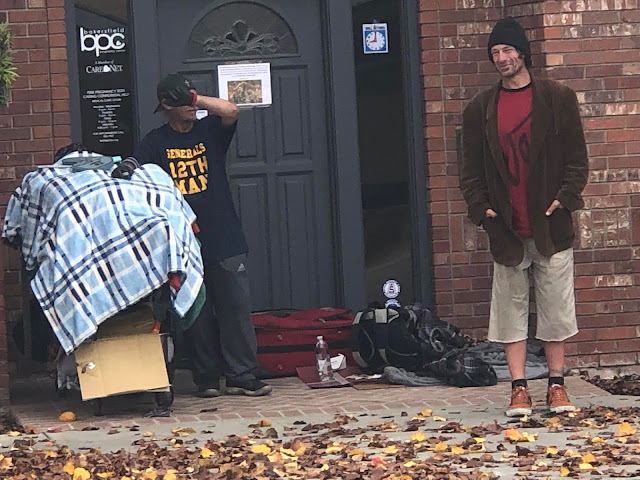 * ... SPOTTED ON TWITTER: "My wife just called me a chauvinist, which is silly because I don’t recall giving her permission to talk."

* ... WOOLWORTH: Did you know that our Woolworth's downtown in the last one still standing in America? That's what a Los Angeles based website reported recently when it devoted a long story on the history of the Woolworth Co. and how the Bakersfield location has been converted into a lunch diner and antique mall. Here are some of the pictures that accompanied the story. 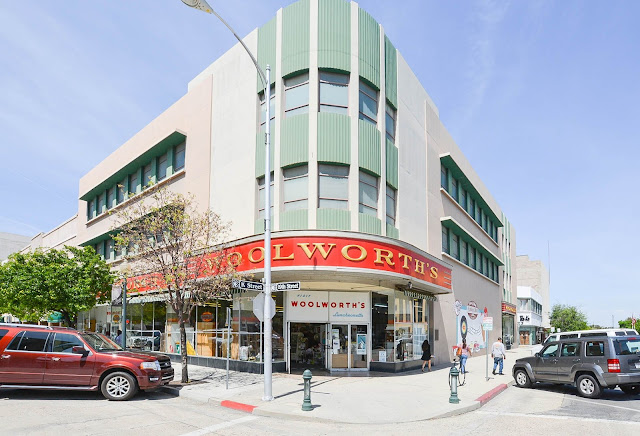 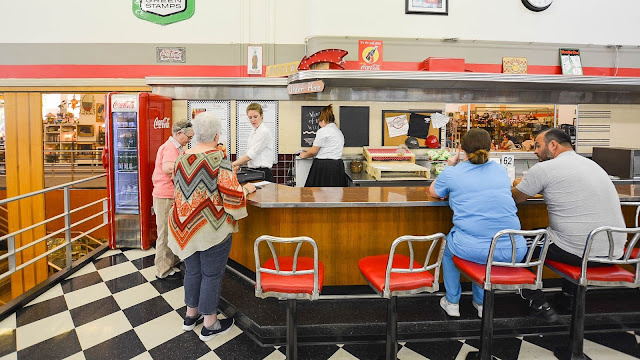 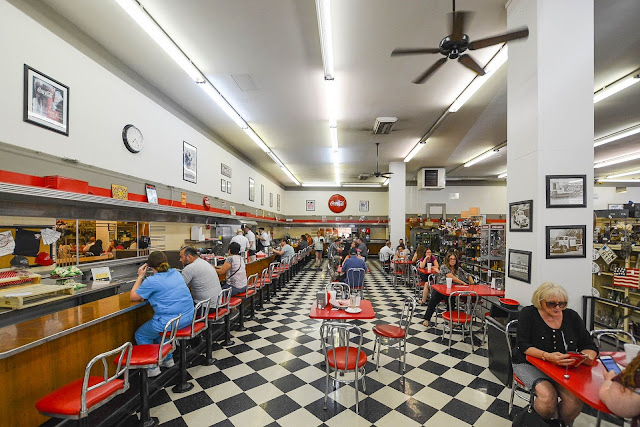 * ... MEMORIES: Check out these rare old pictures of Bakersfield in the late 1890s. The pharmacy was located on Chester and 19th, and the hospital on the north side of Oak and 19th Street in 1980. 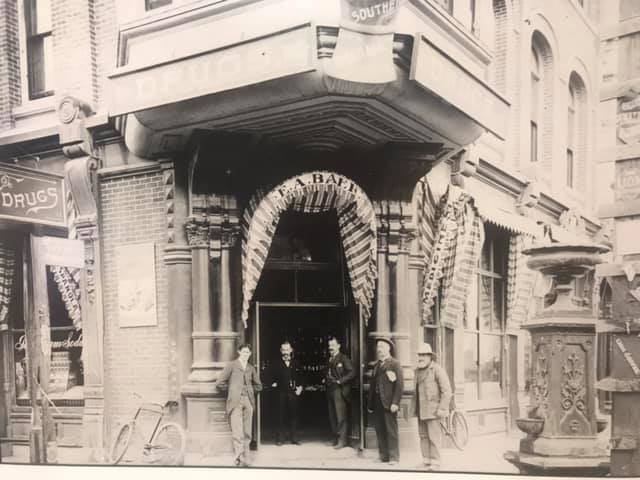 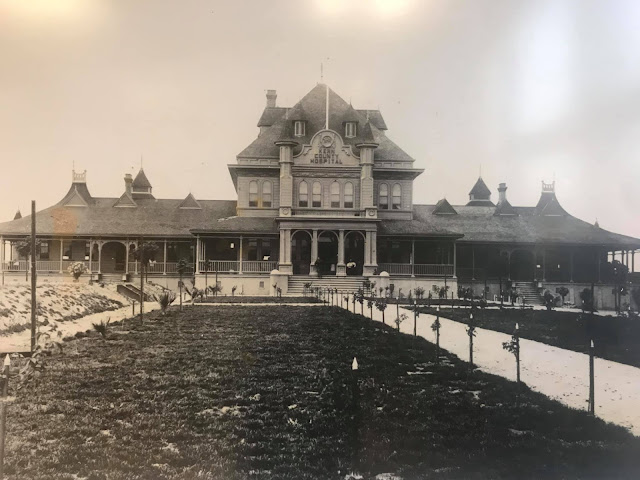 Posted by Richard Beene at 9:55 AM No comments: