Gov. Jerry Brown caves on meaningful pension reform, but will it hurt the chances of the tax-the-rich Proposition 30 in the November election?

* ... PENSIONS: Keep your eye on Proposition 30 now that Gov. Jerry Brown has failed on his promise of passing meaningful state pension reform this year. Prop 30 imposes a temporary sales and income tax hike to raise money for education, but it was put on the ballot with the implied promise from Brown that it would be accompanied by real pension reform. That didn't happen, thanks in no small part to the powerful state employee unions.  Instead, the "reform" package put forth fails to address escalating medical care costs (thousands of state workers have free medical care for life) and also fails to implement a more hybrid retirement plan including a reduced pension and a 401(k) type savings plan. So will voters approve additional taxes without meaningful pension reform and while the state barrels ahead with an unfunded high speed rail project? Assemblywoman Shannon Grove was among those who attacked the governor's plan, calling it a "watered down" version of his original, 12-point pension reform proposal. "The fact that it took two years for this meaningless ‘pension reform’ to be addressed gives further proof to my goal of changing this place to a part-time legislature, because absolutely nothing of real is accomplished by our current batch of ‘professional, full time’ politicians.  They will adjourn Friday night and go home for two months to campaign, telling the taxpayers to vote for their Prop 30 to raise taxes and give the Legislature even more money to spend!” (photo courtesy of the Los Angeles Times) 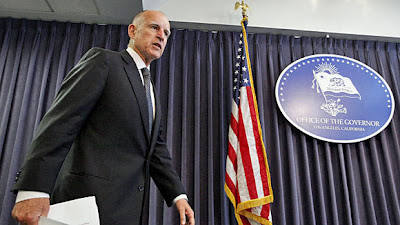 * ... MAYA: Meanwhile, I was at the Maya Cinemas the other day and noticed the Kern Citizens for Sustainable Government has extended its pension awareness campaign to the theater screen. The organization is sponsoring an effective ad that poses the question: is it right to cut the number of days our children are in school to pay for unsustainable teacher pensions?

* ... COVENANT: An event to raise money for Covenant Community Services, the non profit that helps foster kids get on their feed, will be held at Imbibe Wine and Spirits on Thursday, October 18. I mistakenly reported it would be held at Covenant's North Chester office but instead will be held at Imbibe from 6 p.m. to 9 p.m. The cost is $25. Hats off to Imbibe owners David and Tami Dobbs who do so much for many needy organizations in town.

* ... IRISH: The college football season kicks off this weekend and the Fighting Irish of Notre Dame and their fans will be flying to Dublin, Ireland, to face Navy. And among the estimated 30,000 fans heading to Ireland are two local kids, both of them graduates of Garces Memorial High School. Brandon West is a junior at the university and Julia Berchtold is a senior. Brandon is a stunter on the Notre Dame cheer squad (he is one of the kids who hurls cheerleaders into the air) and Julia is with the band. I am always impressed with the number of local kids who head off to Notre Dame and yes, there is even a Bakersfield Notre Dame Club to cheer them on. 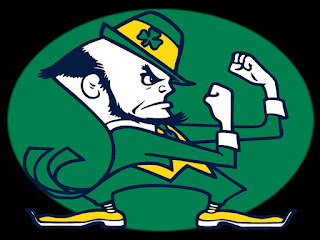 * ... BAD FORM: Over in Laurelglen, Lynne Budy has some advice for those who walk their dogs in the quiet neighborhood: please keep your dogs off the lawn.  "I have spotted and caught one of the dog walkers in my neighborhood allowing his two female standard boxers defecate  in my newly landscaped front yard. This has been going on since earlier this year.  As I ran out of the opened front door and down the front walk, the man looked up, grinned at me, and responded, 'You have nice new grass.'  I was so stunned, that I said nothing, but I did walk to the area next to the sidewalk to verify what I witnessed."

* ... HOT MARKET: More stories from our local housing market. The number of homes on the market is near an all-time low, prices are inching up and properties at the lower end of the price range are attracting multiple offers. One friend has been shopping for a home for his son for several months. "One came on the market in the area we wanted, it needed a lot of work but it sold in one day," he told me. "A cash deal from an investor in Los Angeles." At the upper end, homes are taking longer to sell but at they are starting to move. A colleague sold her house in the $440,000 range in less than a week. So if you are thinking of listing your home, you may want to consider doing it sooner rather than later. 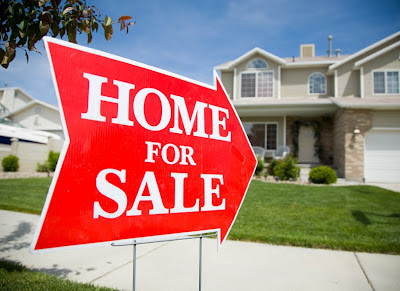 * ... OVERHEARD: A local business executive passed along this conversation that happened during a recent job interview. "Your application indicates that you haven’t worked in about two years. What is that all about?" The applicant responds: "Well, I was on unemployment all that time and making a lot, but now my unemployment is running out so I have to look for a job.”

* ... OBSERVED: This observation comes from reader Walter E. Stewart: "I wonder how many people observe waitress and waiters wipe off the seat where you sit after using the same towel to wipe off the table where your food is served. The same contaminated towel is repeatedly used from seat to seat and table to table."

* ... OLYMPIAN: Hats off to Kerry Ryan over at Action Sports for giving Olympian Jimmy Watkins a heck of a welcome home party. A big crowd of more than 150 people packed Action Sports Sunday afternoon to welcome Watkins home and celebrate his 30th birthday. Watkins was moved by the adulation but told me that London was his first and last Olympics. A Kern County fire fighter, Watkins finished sixth in the track cycling competition. 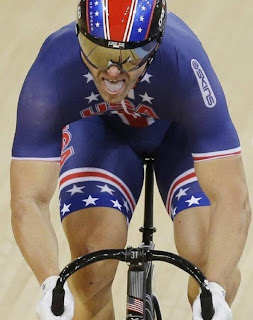 * ... GOOD DEED: The newest Rotary Club in Bakersfield, Twilight Rotary, recently completed a successful project providing 126 backpacks and supplies to the entire third grade class at Mount Vernon Elementary School. The club is barely three years old and has stepped up in a big way since its inception in community service projects through the direction of immediate past president Gary Fachin and now under the leadership of Robin Paggi. Several Rotarians, including Breakfast Rotary past presidents Cecil Martin and Jim Bell as well as West Rotary past president Brad Henderson, helped charter the club three years ago.

* ... DID YOU KNOW? Did you know that there are some 650,000 registered motorcycles on the road in California, and more than nine million nationally? High gas prices have led to a surge in motorcycle sales as more folks use the bikes for commuting. Not surprisingly, the highest death rate for motorcycle crashes involve so-called "supersport" bikes that accelerate rapidly and can reach speeds of 160 miles per hour. 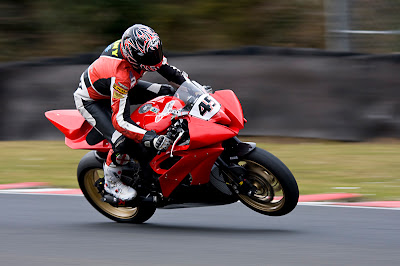 Posted by Richard Beene at 3:29 PM No comments:

Juicy Burger readies to expand to a second location and Californian Radio will host Rep. Shannon Grove to talk about our dysfunctional legislature

* ... JUICY: One of our community's local success stories is the success enjoyed by the privately run Juicy Burger restaurant on 24th Street, open since November of 2010. It has created a large and loyal following and was awarded the "best burger" and "best new restaurant" by Californian readers its first year in business. The owners, Moe Mathuna and Justin Smith, also run the Dreyer's Ice Cream Parlor in the same complex. Now comes word the owners are expanding and will open a second location for both Juicy Burger and Dreyer's off Hageman and Calloway next month. 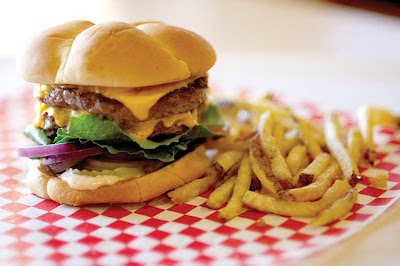 * ... GRAPES: Did you know that California produces 99 percent of all the table grapes grown in the United States? And in California, Kern County is the top producer of table grapes? About a third of the grapes grown here are destined to export, to places like Canada, Mexico, China, Central America and Australia. I spent Sunday driving through the lush vineyards off Famoso Road and it looks like we'll have another rich harvest of the popular red seedless grapes. If you are new to town and have not experienced a leisurely drive through our vineyards, treat yourself to this amazing experience. (photo courtesy of A. Domingo) 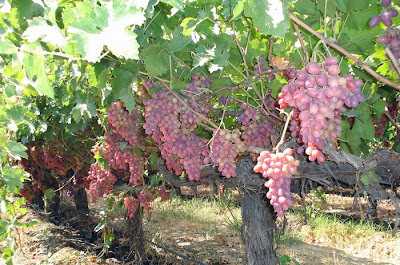 * ... GROVE: Tune into Californian Radio (KERN 1180) Monday at 9 a.m. to weigh in on several hot topic issues. I'll be chatting with Assemblywoman Shannon Grove about the dysfunctional state Legislature and its inability to find common ground. Last week the state Senate voted down a bill that Grove said would have "accelerated the cumbersome process of dismissing teachers that commit horrific actions upon school children." Said Grove:  “It is absolutely appalling that most Democrats are so beholden to the teachers union and their large political donations that they are not willing to make even the most obvious needed reforms in order to protect our children." She will be on the show at 9:15 a.m. 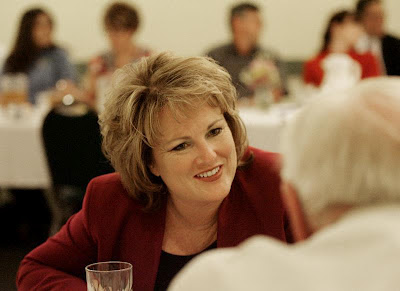 * ... GUNS: Also for KERN 1180 Monday: What if you ran a sports store and Facebook would not let you advertise because it refuses to run ads featuring guns? That's just the case facing Gene Thome, the owner of Bear Mountain Sports on Weedpatch Highway. Gene will be coming on the radio Monday to share his frustration and talk about dove season and the gun business. (Gene Thome, left, in file photo)

* ... HONOR FLIGHT: The local group behind the "Honor Flights" that send aging veterans to our nation's capital is planning on hitting the streets to raise money on Thursday, Sept. 6. Organizers said they will be seeking donations in the morning at several locations to send more of our veterans to Washington, D.C., to view the war memorials. 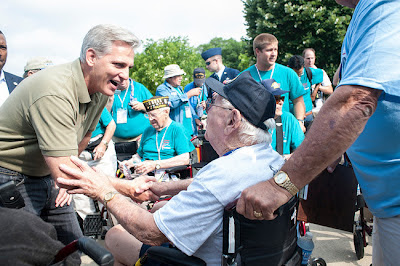 * ... TAFT COLLEGE: Taft College is getting ready to celebrate its 90th birthday this week with what it calls a good, old fashioned party. It is all set for Thursday beginning at noon with a 90-inch cake cutting ceremony. Officials from the college, the Taft College Foundation and Cougar alumni and friends are invited. Alumni are asked to Contact Jan Ashley at jgarrattashley@gmail.com for more information.

Posted by Richard Beene at 9:38 AM No comments: