"This week, the House passed vital water legislation, the Sacramento-San Joaquin Emergency Water Delivery Act, by a 229-191 vote.  Since 2007, the state water project has lost 2.6 million acre-feet of water because of onerous Federal and state policies. Now how much water is 2.6 million acre-feet? It is enough for the annual water needs for every resident of Los Angeles, New York, and Chicago combined. Where’d that water go? Out to the ocean.  Why would we send it out to the ocean when we could store it for the drought that we knew would happen?  I tried to prevent this from happening when I voted for legislation in the last Congress that would allow us to store this water, but unfortunately, the Senate refused to act.  The bill that passed this week would restore the consensus 1994 Bay Delta Accord to help ensure that when it does rain and snow, our communities get the water they contract and pay for, rather than it being wasted out to sea, which current Federal and state regulations require.

"It is imperative that the Senate act. And we now have word that Senate Republican Leader Mitch McConnell will invoke a procedure that will advance this vital legislation. It will place our legislation directly on the Senate’s legislative calendar. If a motion to proceed is approved by three-fifths of the Senate, the bill then moves to the Senate floor for a vote. It is time for Senators Feinstein and Boxer to act.

"They say a picture is worth a thousand words.  So take a look at the real impact this drought is having on our local economy and on all Americans: 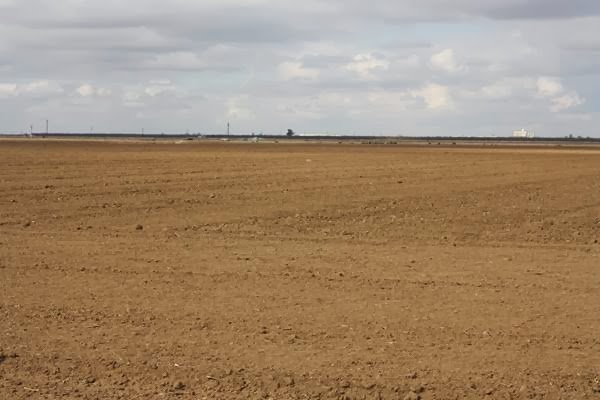 Posted by Richard Beene at 12:32 PM No comments:

CVS pharmacies drops cigarettes, Covenant Coffee will open a branch at the Bakersfield Racket Club, and what would Wendy Wayne think of the move to name a freeway after her?

* … CIGARETTES: Before we get too excited about the news that CVS pharmacies will stop selling cigarettes, how many of us remember that Target did so back in 1996? The CVS move likely has more to do with the company positioning itself as a partner and provider of health care than with saving lives. But I applaud it nonetheless. Meanwhile the number of Americans who smoke has declined from 42 percent in 1965 to just 19 percent in 2011. 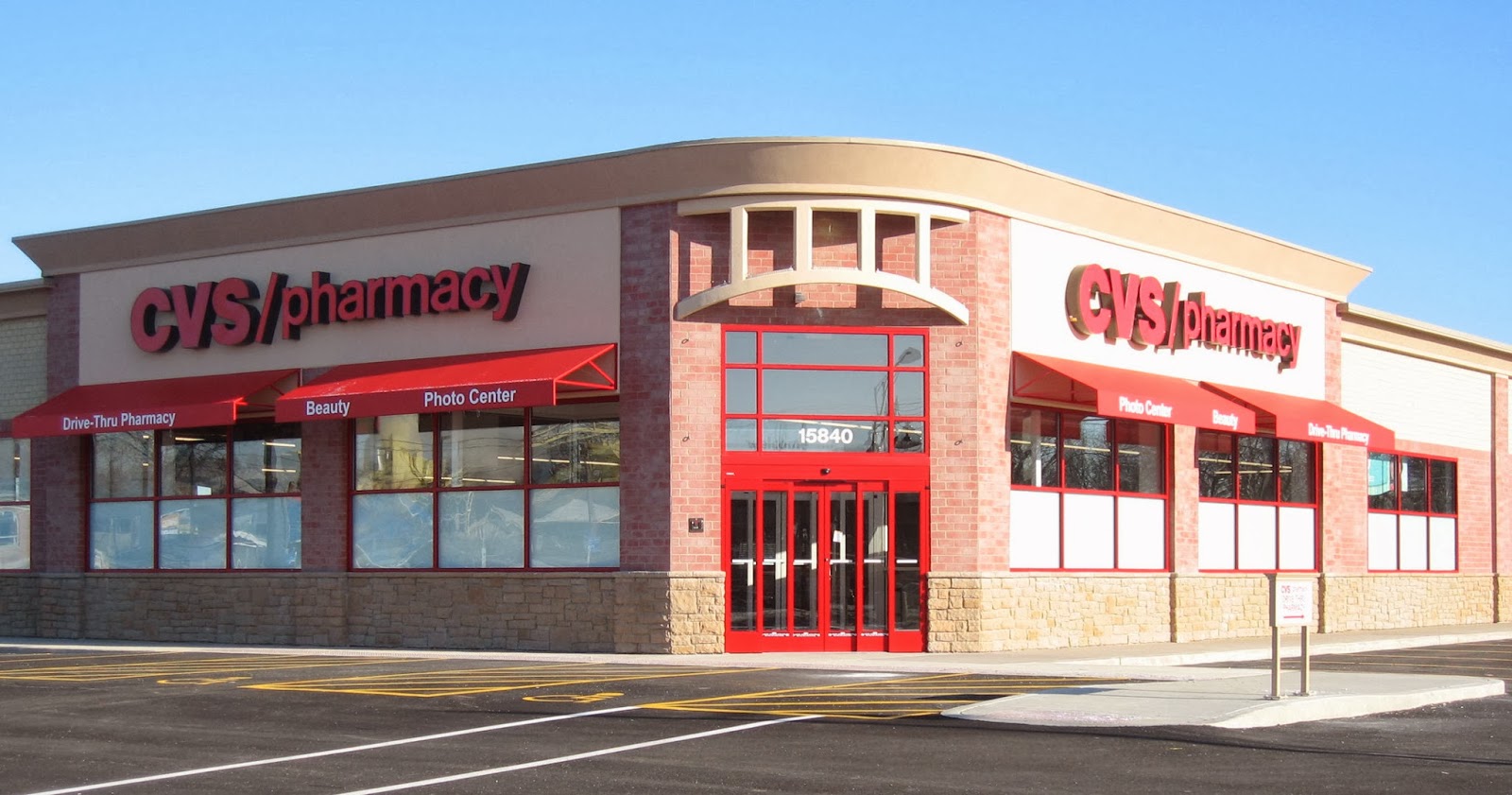 * … COVENANT: It looks like Covenant Coffee, the popular coffee and sandwich shop up on North Chester, will be setting up shop at the Bakersfield Racket Club. The BRC board has approved the idea and now head Covenant cheerleader and manager Randy Martin is working out the details to take over the BRC coffee shop. This should be a real boost in the arm for both BRC and Covenant, which employs foster children to give them a leg up on the road to success.

* … WENDY: I'm not sure what the late Wendy Wayne would think of the effort by CSUB President Horace Mitchell to rename the Westside Parkway after her (it is proposed as the 'CSU Bakersfield alumna Wendy Wayne Westside Parkway'), but I have a suspicion she might be embarrassed by the whole thing. The Wendy I knew was less impressed with naming rights and more focused on random acts of kindness and helping those who are not so blessed as the rest of us. She would likely say, 'That's quite an honor, but just go give someone a hug." 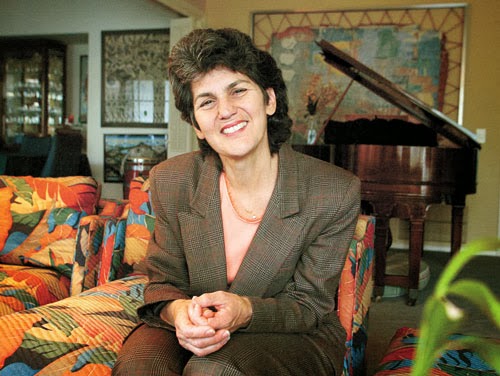 * … APNEA: For all of you who suffer from sleep apnea, Al Bensusen over at Sandman Technologies has some good news for you. There is a new sleep apnea machine out that is literally so small it fits in a shirt pocket, and is just as powerful and reliable as the larger, older models. I credit Bensusen and his clinic for providing me with a good night's sleep, and he says this new smaller machine is bound to be a big hit among the sleep deprived. And he's the only outlet in Bakersfield to have it. The palm-sized device, made by Human Design Medical in Ventura, weighs just 10 ounces and is perfect for those who travel a lot. 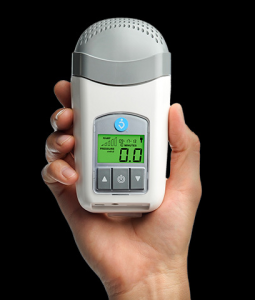 * … OVERHEARD: At a local Starbucks a young man tells his friend: "That girl in front of me just order 2,100 calories of caramel coffee and muffins. Wonder what she is having for lunch?"

* ... RED: Bakersfield Sound legend Red Simpson entertains the crowd at the Rasmussen Senior Center every Tuesday. His secret to a long and happy life: smile. His favorite local restaurant? Milt's Coffee Shop.
Posted by Richard Beene at 2:56 PM No comments:

Remembering the late Wendy Wayne, child welfare advocate, and catching up with what is going on out at Cal State Bakersfield

* … WENDY: The social networking site Facebook can be annoying and intrusive at times, but I was thankful when it "reminded" me that it was Wendy Wayne's birthday on Tuesday. She would have

been 66.  For those of you who weren't lucky enough to know Wendy, she was a local child welfare advocate who had a heart of gold and never met stranger. She died in June of 2012 after a long battle with non-Hodgkin's lymphoma, but the work she did here and elsewhere to help the needy and disenfranchised will live on forever. She was a UCLA graduate, a registered nurse and a Peace Corps volunteer. For Wendy, happiness came in helping others, in learning and accepting opposing points of view and in growing spiritually. Thank you, Facebook, for reminding me of this very special person. (photo of Wendy with husband Gene Tackett) 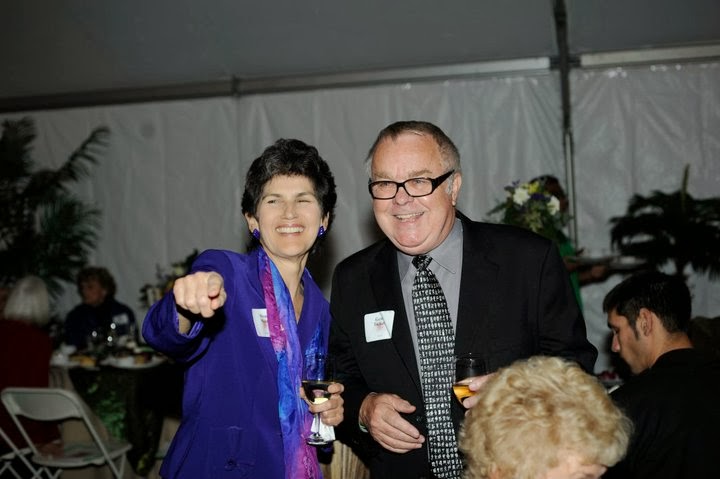 * … VOLLEYBALL: My bet is the new sand volleyball program out at Cal State Bakersfield is going to be a big success. This will be the second year of the sand game, which is played by some of the same Runner women who play on the hard court. Three sand courts have been built outside the student recreation center and the university is busy readying the area for spectators.

* … BASEBALL: And speaking of CSUB, baseball season is just around the corner. Manager Bill Kernan is hoping this year's squad will win the Western Athletic Conference and end up in the NCAA baseball tournament. Strange that a spring sport is getting ready to kick off when we hardly had a winter. 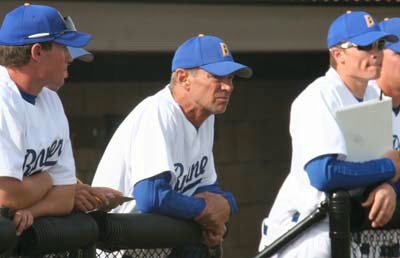 * … ART SHOW: Betty Leonor is one of our community's most gifted artists and her stunning oil paintings will be on display at The Metro Galleries on 19th Street starting this Friday. This will be Leonor's second show at Metro and it promises to be her best. Leonor, by coincidence, is married to Cal State baseball coach Bill Kernan. Her show is one of the main draws for the monthly First Friday celebration downtown. 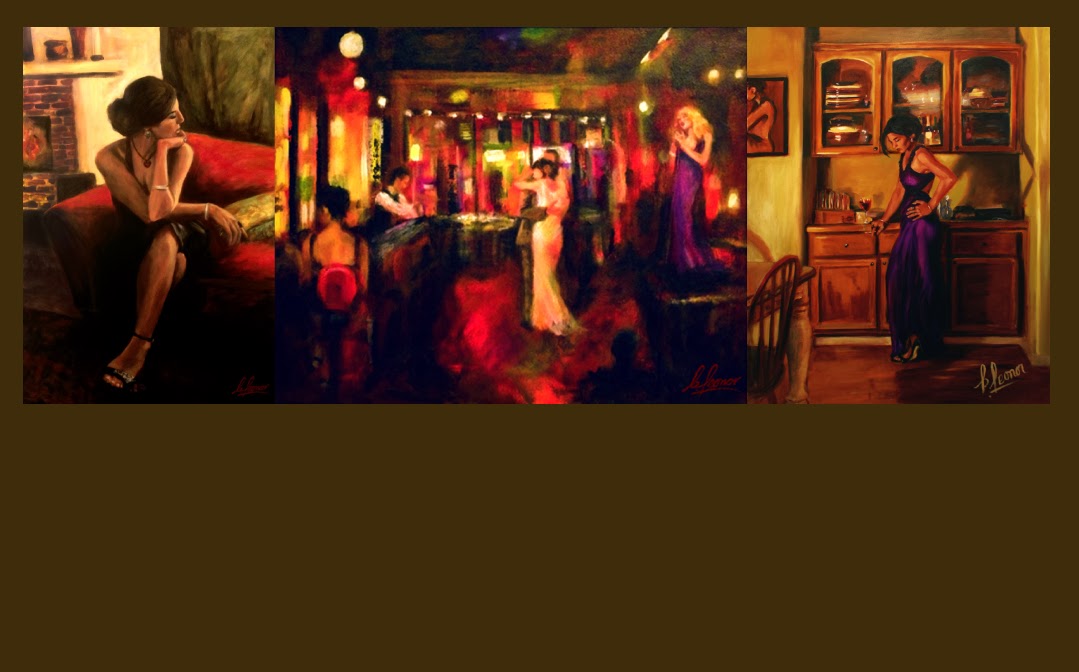 * … BAD FORM: Stephen Knapp writes that he lives a retirement home run by the Kern County  Housing Authority between Ming Avenue and Wilson Road on Real Road.  "There is a legal crosswalk in front for people to cross Real Road to go to K-Mart and other stores which a lot of use.  Most of the people who live here are disabled and use wheelchairs, walkers, canes etc. and move slowly. The speed limit is 40 miles per house and the crosswalk is clearly marked with lines and yellow warning signs, but few drivers even slow down.  I have sat trying to cross while 5 to 10 cars pass and don't stop.  I have even had cars pass in the other lane when I am trying to cross.  One time a lady in a large SUV honked at me and flashed a one finger salute as she sped by. I feel there should be signs warning people to slow down for seniors just like in school   zones.  I just hope it doesn't take one of us getting killed before someone addresses the problem.

* … DROUGHT: Judy Henderson wrote to weigh in on California's long drought. She recently took a visitor from Arizona on a walk, and he noticed that  "water ran freely in the gutters of more than one street. Lawns were so saturated with water that soil washed onto sidewalks. One home had a sprinkler that watered the street only. A resident was washing down the sidewalks around his home.  Our visitor commented that it looked to him that Bakersfield had plenty of water to waste… How often should winter rye lawns be watered? Are some lawns still on the summer timer cycle?  Should winter lawns be watered for two minutes, twice a week?  Could we find the source of gutters that run with water twenty-four hours a day. We need to be pro-active to stop the waste.  People of Bakersfield can do better for our city and state."

Posted by Richard Beene at 1:40 PM No comments:

Experts said California's drought is on track to be the worst in 500 years, and a CSUB professor warns he is not done protesting for immigration reform

* ... DROUGHT: If you are not paying attention to the California drought, you should be. A UC

Berkeley professor says we are on track to witness the worst drought in 500 years, and already as many as 40,000 people in California communities are in danger of totally running out of water. Farmers are selling off cattle, thousands of acres of productive land is being left fallow and communities are considering water rationing and other methods to reduce consumption. Stay tuned. 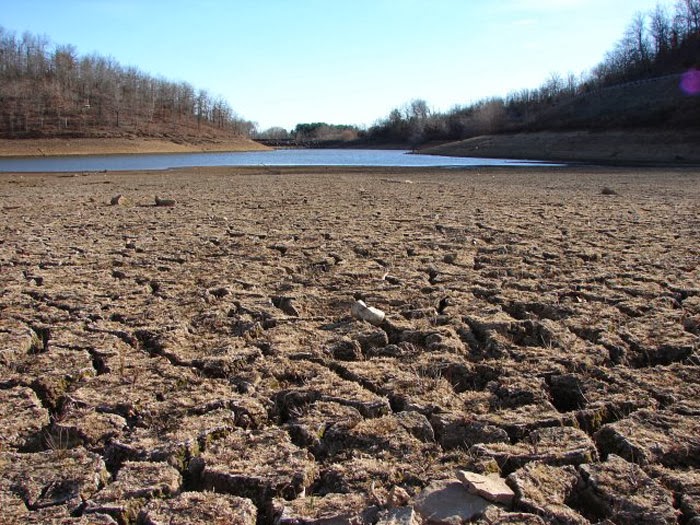 * ... IMMIGRATION: Gonzalo Santos is a Cal State Bakersfield professor who is active in the movement pushing for full immigration reform and a clear path to citizenship for those in the country illegally. This weekend, he circulated an essay on the history of immigration reform and noted that he was among a group of protesters who showed up when House Speaker John Boehner joined Rep. Kevin McCarthy for a press conference. Said Santos: "Recently, when Speaker Bohener came to Bakersfield, stealthily, I and others were there anyway, protesting by the road; and he and McCarthy had to pass us on the way out. As they roared past us on their armored SUV, they had their tinted windows up, leaving us in the dust. - or so they thought, these mighty men in such abysmal denial of the lessons of history."


* ... SNACKS: I stopped by one of my favorite locally owned restaurants the other day - Uricchio's Trattoria - and was pleased to see they have a new happy hour menu that includes pizzas and other snacks at greatly reduced prices. Uricchio's was one of the pioneering local retailers that placed a big bet on downtown almost two decades ago, and it's good to see them filling the seats and trying new ways to please customers. 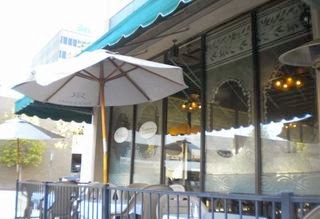 * ... RETAIL: I hated to see that Hoggz Surf Shop didn't make it in the Town and Country Shopping Center. In the times I shopped there, the customer service was always first rate and the prices competitive. Local retailers now face not only the big box competitors but the trend to online shopping as well. Hoggz joins a growing list of local retailers not making it, including Russo's Books, Anna's Cards and Gifts at The Marketplace, Olcott's, and more.

* ... SURGERY: One aspect of human behavior doesn't change no matter what shape the economy. And that is the growing acceptance of cosmetic surgery and the use of Botox to fight the aging process. On Tuesday, I will be chatting with Dr. Joseph Chang of Empire Eye and Laser Center and eyelid lifts, Botox and how a man like Chang traded his native South and ended up in Bakersfield. Join us at 8 a.m. on First Look with Scott Cox broadcast live on bakersfield.com and KERN 1180.
Posted by Richard Beene at 9:28 AM No comments: