Local races heat up for the November general election, the state okays a new Indian gaming casino off Highway 99, and who knew Sirius Satellite Radio had a station devoted to the Bakersfield Sound?

Welcome to Bakersfield Observed. Our mission is to celebrate life in Kern County by focusing on newsmakers and events and the local characters who make this community such a special place. The views expressed here are strictly my own and do not represent any other company or publication.
* ... ELECTIONS: The votes from the June primary aren't all counted yet, but it;s clear there will be some fun and important races to watch in November. The top of my list is the race to succeed Mike

Maggard as 3rd District Supervisor, where Jeff Flores and Brian Smith will face off in November. Flores, a longtime Maggard aide and school board member who has the backing of the GOP establishment, has a comfortable lead now but the question will be what happens to all those who voted for the third place finisher, Democrat Louis Gil? Expect this to be one of the more heated races for the fall. A few of the other interesting races:
- In the 35th Assembly District, Supervisor Leticia Perez will face Dr. Jasmeet Bains in a runoff. Logic would tell us this is Perez's race to lose, but anything can happen in November.
- In the 16th District Senate race, Republican grape farmer David Shepard of Porterville will likely face state Sen. Melissa Hurtado. Shepard ran strong landing in first place with 45.4 percent of the vote while Hurtado is in second with 30.3 percent of the vote.
* ... CASINO: It looks like that new Indian gaming casino south of Bakersfield is definitely going to happen. Gov. Gavin Newsom made it official this week by signing a tribal-state gaming agreement with the Tejon Indian Tribe, overcoming one of the last hurdles for the proposed Hard Rock Hotel and Casino.
The deal designates 300-plus acres for the tribe, of which 52 will be used for the casino that organizers say will eventually create 5,000 jobs. Other facilities planned include housing, administrative offices and a health care facility. The casino will be built off Highway 99 just north of Highway 166. 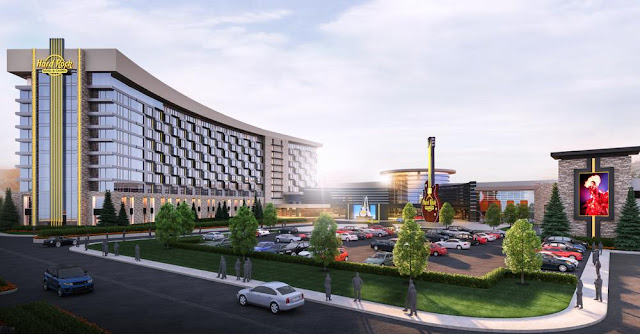 * ... BAKERSFIELD SOUND: For all you music buffs out there, did you know that the Sirius XM satellite radio channel has a station devoted to the Bakersfield Sound? That's right, it's hosted by Dwight Yoakam and appears on channel 359 on SXM radio. The channel celebrates the Bakersfield Sound and those whom it has inspired including Buck Owens, Merle Haggard, Wynn Stewart, Tommy Collins, The Byrds, The Flying Burrito Brothers, Eagles, The Blasters, Lucinda Williams and more. The channel encompasses all that is California country and country rock, in all of its various and varietal hybrid forms, from Ricky Nelson to Emmylou Harris and Linda Ronstadt and includes artists from the movement in LA in the early to middle ’80s that Yoakam broke out of, and will feature bands as diverse as X, Lone Justice and Los Lobos. 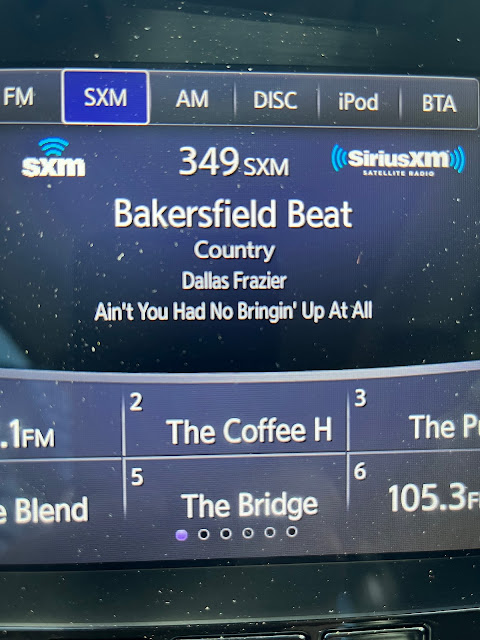 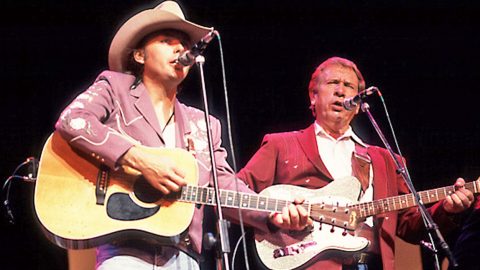 * ... THE WOOLWORTH'S SOUND: While we are on the subject of music, did you catch Steven Mayer's Sunday story in The Californian about the Woolworth's Sessions? The piece follows the purchase of the historic Woolworth's building by Moneywise co-owners Dave Anderson and Sherod Waite, who have vowed to respect the historic integrity of the landmark and to retain the classic 1950s era diner. With the third floor gutted, Waite and Anderson came up with the idea to record music in the vacant third floor and the result is the Woolworth's Sessions, a wonderful collection of local musicians playing in an iconic venue. Anderson teams with Emily Waite, Sherod's wife, as the duo Bakersfield Cactus. If you missed it, check it out on bakersfield.com. (photo by Sherod Waite) 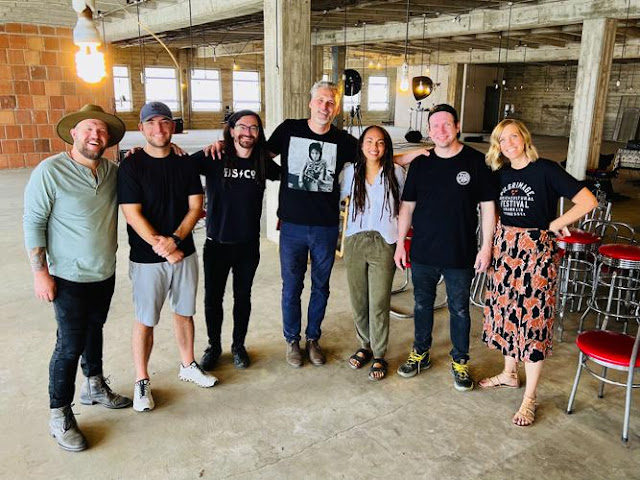 * ... PERSPECTIVE: Spotted on Twitter: "I have a friend who exercises twice a day,  has sex three times a week and reads two books a week, and he still complains about prison."
* ... ECONOMIC BITS AND PIECES:
- Another business is looking to leave California because of the high cost of living and burdensome regulations. Smithfield Foods, the largest pork processor in the country, is losing its Vernon, Ca., plant in early 2023, citing high taxes, utility costs and labor costs. Smithfield makes the iconic Dodger dog.
- Food prices are rising as inflation takes hold, and now Kraft Heinz has told retail customers that it was raising prices in August on everything from Miracle Whip and Classico pasta sauce to Maxwell House Coffee.
* ... MEMORIES: Check out this picture of the old ice house around 1904. Thanks to the Kern County of Old Facebook page. 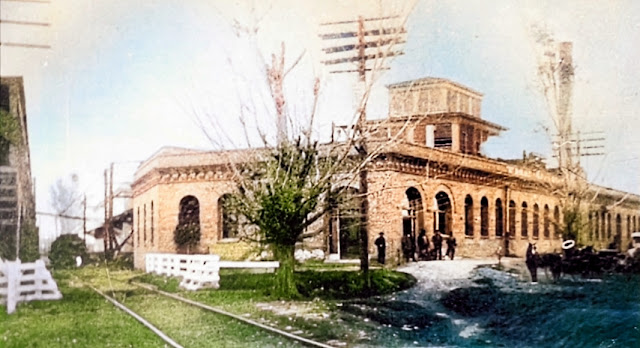 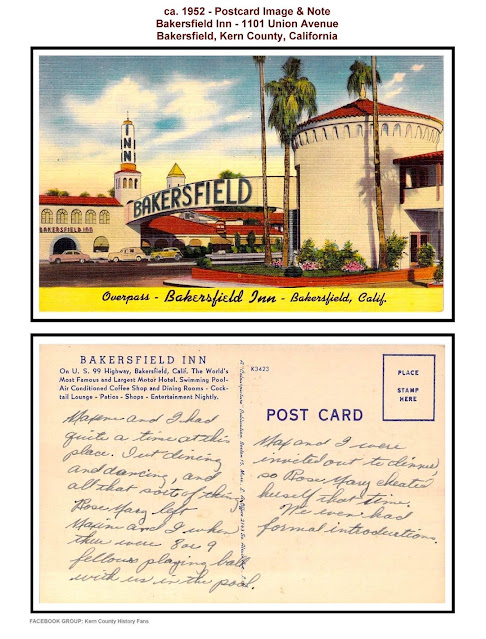 Posted by Richard Beene at 12:00 PM No comments: