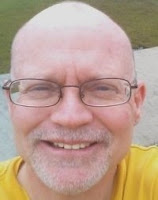 If local newspapers are truly going to move from mass to niche, and that means serving a better educated and more engaged audience, they're going to have to find a way to deliver the goods. And that means fewer stories about drivebys, fires and agenda-driven government news and more in-depth stuff that a reader believes "makes me smarter." Think the Economist as your local newspaper. Okay, it's a dream now but it should be our goal. One way to bring top notch reporting back to newspapers is being raised by Richard Lee Colvin, director of the Hechinger Institute on Education and Media at Columbia University's Teachers College. Colvin is a former education reporter at the Los Angeles Times, a dogged specialist who took his craft seriously and produced some stellar work. It's just an idea but he's considering a plan where Hechinger would produce the stories in partnership with local newspapers, bringing some much-needed depth to the resource-starved paper at (hopefully) a reasonable price. If we're going to survive, we're going to have to determine how to evolve from a product that simply serves up crime and courts and soft features to one that gives our readers something special. Stay tuned for more from Colvin and Hechinger.
Posted by Richard Beene at 3:12 PM