Bako Bits: slinking back to Cal after a week in Georgia and staying abreast via Twitter

Bits and pieces from around town and some random thoughts heading into the weekend ....

* ALL ABOUT TWITTER ... Am constantly amazed at how technology can change our lives by influencing our habits. My wife can't work out or run without her iPod, my girls select their music and build their play lists never setting foot in a "music store," and I now keep up with news from home via Twitter and a handful of blogs. Spent the last week or so south of Savannah on the sweltering Georgia coast where - by the way - the economy is no better than home. Realtors are struggling, consumers have sharply curtailed their spending and everyone is wondering where the bottom is. Keeping up with Bako is now as simple as "following" a few key folks on Twitter, including a feed called "NewsBakersfield" which does an admirable job aggregating news from The Californian, all the local TV stations and just about everywhere else. Another prolific and interesting person to follow on Twitter is KGET's Kiyoshi Tomono, who does a good job interspersing local news with national events. I can do without Kiyoshi's personal barbs or exchanges with colleagues, but he's worth checking out. Another up and coming "tweeter" is Rachel Legan over at KGFM radio. She's on top of the news and laces it with a dose of wit to keep things interesting.

* DREAM SCHOOL ESSAYS ... Shameless plug for an interesting new website (run by my wife) devoted to helping kids with their college essays. It's called Dream School Essays (check it out here) and the business is aimed at high achieving high schoolers looking for help with those important college essays. Some schools require two to three separate essays as part of the admission requirements, all of different subjects. Given the dismally low percentage of Kern County kids who qualify to attend the UC system, this is a real niche market, but an important one to serve. 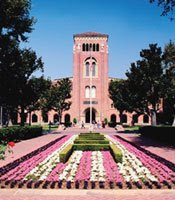 * RECOMMENDED SUMMER READING ... Highly recommend the new Malcolm Gladwell book "Outliers," a fascinating examination of why some people succeed and others don't. It explores cultural influences, of course parents, but more interesting things like birthdates that can heavily influence the lives of our children. This is the same guy who wrote "Blink" and "The Tipping Point," two other quality reads.

* PICKING AND GRINNING ... Also recommend a fun website to occasionally visit if you are in the least interested in guitars, called "Playalittleguitar." The author has a quick wit and the site was recently cited by Blogger as one of its most promising and interesting websites. (check it out here)
Posted by Richard Beene at 1:52 AM

"Outliers" was fascinating. I recommend it to business leaders, educators, parents and students.