* ... MORE SCARY HOUSING NEWS: I'd love to share some good news on the housing front but the truth is our country and are community remain mired in a nasty mess that will likely linger on for a good time to come. More evidence of that came from the Wall Street Journal that reported that an increasing number of foreclosures are now coming in the high end market. Up to this point, the lion's share of foreclosures have been coming in the entry level market, where many folks got in way over their heads thanks to aggressive lending and "creative financing." Yet now we learn the high end accounted for 30 percent of the foreclosures in June, up from 16 percent when all this started three years ago. You can read the full Journal report here but this is disturbing data on any level. Some of these foreclosures involve so called "exotic mortgages" like interest only vehicles, which are virtually impossible to refinance once the property is less worth than the loan. Add to that folks losing their jobs at all levels, and we have a problem. From the Journal story:

"The report shows that foreclosures, after declining earlier this year, began to accelerate in the late spring and that more expensive homes have more recently accounted for a growing share of all foreclosures. "The slope of that curve in recent months is much sharper than it was recently," said Stan Humphries, chief economist for Zillow. Rising foreclosures among more-expensive homes could create added pressure for a housing market that has shown signs of stabilizing in recent months as sales of lower-priced homes pick up." 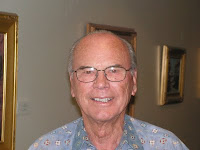 * ... UPDATE ON MARV:  Heard the other day that local businessman Marvin (Marv) Steinert continues to battle a condition that has left him virtually blind. A couple months ago Marv came down with something called "temporal arteritis," an inflammation or damage to the blood vessels that supply the head. It apparently has affected his eyesight to the point where he cannot see, but he is hanging tough, taking visitors and staying involved in the community. Marv is one of the most personally generous - and good spirited - businessmen in our community, and he has spread his largess to non-profits across town. Keep him in your thoughts.

* ... LOCAL KID WINS AWARD: Kudos to Jadon Gauthier, a Bakersfield High School grad and Biola University student, for picking up another award for "Jitensha" (Bicycle), a short film shot on location in Tokyo. (read previous story here) Jadon is a junior down at Biola and the son of Jay Gauthier, a manager at Guardian Guaranty Corp. The film didn't win anything at the Venice Film Festival but did pick up a Crystal Heart Award from the Heartland Film Festival. Jadon says "it nominates us for an opportunity for a $10,000 Vision Award for short film!" He says the movie cast and crew (check out the website here) is waiting to find out if Jitensha will be selected for the prestigious Sundance film festival.

* ... VIA ARTE A SUCCESS: Stopped by the Via Arte exhibit over at The Marketplace this weekend and was amazed at the crowd and pleasantly impressed with some of the terrific chalk art. This is one of the signature events for the Bakersfield Museum of Art and it wouldn't be a success without folks from the museum like executive director Bernie Herman, Emily Falke and David Gordon, who put in long hours to make this a success. (Photo courtesy of Barbara Reid) 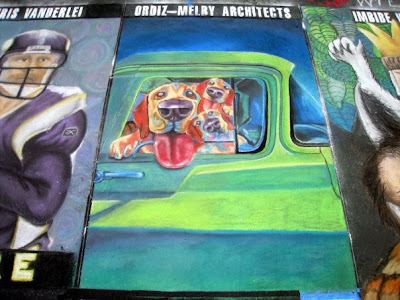 Calm down. It's a blog, not an essay.

Really? I thought I saw it in the newspaper. The Internet has adopted an informal style. Newspapers should still set a good example for people, especially students, who read it. Thank you for your concern, but I'm as calm as a cucumber.