* ... UCSB SWEETHEARTS: Loved the email I received from Helen Troudy, who wondered if she and husband Chester (named after Chester Avenue, but that's another story) were the oldest living local graduates of  UC Santa Barbara in Bakersfield. In her words: "I graduated in l947 and my husband graduated in l950 as a returning veteran of WWII. It is where we met and were married at the beginning of his sophomore year. At that time the campus was located on the Riviera above the Mission in SB, and the Industrial Arts Dept. (my husband's major) was located across town on the Mesa. This caused many trips back and forth to attend classes on both campuses. I was a student in Spring l945 when SB was chartered by UC, and we had a huge celebration, including a torch light parade in the pouring rain. I worked on the campus during the time my husband was a student, and it was at that time that negotiations were underway to acquire the Marine Base at Goleta for a new campus. We came to Bakersfield in l973 when my husband accepted the position of Superintendent of Panama School District replacing Wayne Van Horn. I wonder if we are the oldest alumni in Bakersfield? We are 84 and 87 and have been married for 62 years." Wow. Who can beat that?

* ... GIRL'S FUND: I dropped by the "Prospect Lounge" at the Padre Hotel the other night to attend a meeting of the Women and Girl's Fund, a group that does an awful lot of  good for young women in our community. The fund was created  in 2005 by Judi McCarthy, the current chair of the Kern Community Foundation, and now boasts an endowment north of $400,000. Judi and Girls' Fund chair Mary Bynum were "prospecting" for more supporters and announced the fund will give away $20,000 this year, focusing on physical, sexual and domestic safety. Among those attending were Jane Haupt, former Bakersfield mayor Mary K. Shell, Laura Wolfe, Ray and Joan Dezember, Ken and Teri Jones, Jack and Mary Lou Thompson, Judith Chase and Ted Tilbury, Jeanette Richardson, Danielle Kilpatrick, Bettina Belter, Lori Mariani and daughter-in-law Tanya Mariani, Laurie Bustamante, John and Sheila Lake, local Realtor Mary Christenson, Lyndia Krausgrill and Sylvia Cattani, among others. 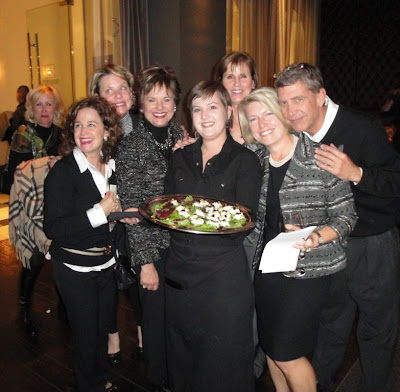 * ... SKEET SCHOLARSHIP: Congratulations to Dominic Buoni, a17-year-old senior at Bakersfield Christian  High School, who just landed a scholarship to shoot skeet at Lindenwood University in St. Charles, Mo. Dominic is the third Bakersfield youngster to head to Lindenwood to shoot skeet, joining All-American Brian Foley and Elizabeth Key, both Ridgeview High School graduates who are now Lindenwood freshman. The sheer number of high achieving youngsters in the shotgun sports from Bakersfield is impressive, and for some it's paying the cost of college. Dominic is the son of Frank and Lori Buoni and he has three shooting siblings, Darin, Joshua and little sister Jenna.

* ... HOME EXPO: If you are thinking about buying or selling your home, you should attending the Home Buyer and Seller Expo Saturday at the downtown Bakersfield Marriott. There will be 40-plus vendors there, including folks from Castle and Cooke, Towery Homes, Michael Flooring, Coldwell Bank Preferred Realtors, Prudential Tobias Realtors and so many more. And one of the best things: it is absolutely free. The expo will run from 1 p.m. t 4 p.m.. Make sure to check it out.