* ... OXY HITS IT BIG:  The latest issue of Forbes magazine says that Occidental Petroleum, which it calls the "untrendiest of the big oil companies," is proving that the days "easy oil" are not yet over. Forbes says Oxy's announcement of a big new oil reserve near Bakersfield last year is turning out to be "the biggest onshore oil discovery" in the country in the last three decades. It apparently may have as much as 1 billion barrels of oil, all relatively easy to extract. All this of course is good news for our local economy and the oil companies that provide so many jobs and capital for investment. Said Forbes: "That the gusher is situated in a hydrocarbon basin that has been picked over for 100 years validates Oxy President Steven Chazen and Chief Executive Ray R. Irani: the best place to find new oil is in old oilfields." (click here to read the full story)

* ...  BIKE TREK: Reader Kimberly Thompson shared an inspiring story about her son Jacob and two of his adventure-loving friends. Turns out that the threesome completed an epic 3 1/2 year bike ride that began in Prudhoe Bay, Alaska, and ended in Ushuaia, Argentina, in Tierra del Fuego. She said that's a distance of some 34,000 kilometers (roughly 20,400 miles) that took them through 14 countries, arriving last in Argentina on January 10. (check out his website here) Jacob graduated from Centennial High School in 2000 and UC Santa Cruz in 2005 with an MA in Education. He currently works as an independent studies teacher in Taft for the Kern County Superintendent of Schools as he "contemplates his next adventure." Check out their website at www.ridethespine.com for some videos of this truly epic adventure. 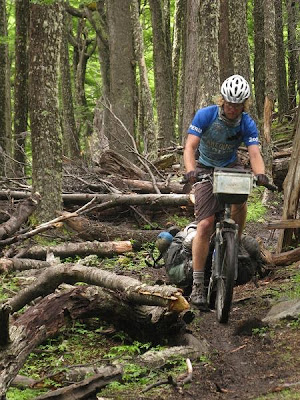 * ... RABOBANK: Had a chance the other day to meet Anker Fanoe, the new regional president of Rabobank. Fanoe replaced Michael Olague, who ended up in a similar position with Bank of the Sierra. Fanoe's wife and children are in Sacramento trying to sell their house and he's anxious to get them to the south valley. His first impression of Bakersfield: the people could not be nicer or more welcoming. I met him at the Rabobank Arena during a reception for sponsors of the upcoming Tour of California, a pro cycling race that will end its Stage Five with a sprint up the Panorama bluffs near Bakersfield College on May 20. The Dutch-based bank has long sponsored a pro cycling team and is one of the supporters of the California tour. It will be a good show.

* ... COMING HOME: Always nice to hear when folks make it back to town after establishing themselves elsewhere, and the latest to return comes via Daniel Klingenberger of the employment law group of Dowling, Aaron and Keeler. He told me that Micah Nilsson and Cheryl (Smith) Nilsson recently returned after being gone well over a decade. Micah is working at the law firm while Cheryl is taking care of their three boys. This couple has quite a resume, having lived in Idaho, Chile, San Luis Obispo, Utah, Hawaii, San Diego, Davis and Monterey. They met at Chipman Junior High and both graduated from Highland High where Cheryl was senior class president and Micah served on the student government association board. After a circuitous path, Cheryl graduated from Cal Poly SLO and Micah from Brigham Young University-Hawaii. They are happy to be back home raising their family.

* ... ART DEALS: If you're an art lover and believe in supporting the local arts you will enjoy "Art A Go-Go" over at the Bakersfield Museum of Art this Saturday. Here's the deal: local collectors have been donating art to the museum, which it in turn will sell to support local programs. Museum marketing director Beth Pandol says there are some terrific pieces for sale, some at bargain prices. This is a free event at the museum, and hats off to chair Cynthia Icardo and her crew for pulling all this together. Said Beth Pandol: "We have an amazing amount of art that has been donated. It's been a big surprise to see how much has come in. There's something for every taste and style. Paintings, prints, posters and lots of just nice, empty frames. 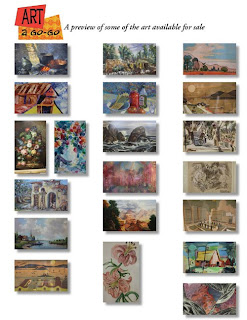 * ... BAKERSFIELDISM: This one comes from longtime journalist and Californian colleague Evan Jones: You know you're from Bakersfield "if your funeral is followed by a car wash." Ouch!
Posted by Richard Beene at 8:41 AM