* ... ACTION SPORTS: If you ever question your ability to influence the direction of a young person, consider the case of Kerry Ryan, owner of Action Sports. Kerry has employed dozens of young people over the years and so many have gone on to successful careers, thanks to getting a real life grounding in business and customer service at Action Sports. This idea came up while I was chatting recently with Buttonwillow farmer and businessman Donald Houchin, who mentioned that his sons Morgan and Clayton had both worked as teenagers at the store, now located at the corner of Brimhall and Calloway roads. Houchin raved about how much his boys had learned under Kerry, and how many opportunities Kerry had given young people over  the years. So I jotted down on a napkin some of the local kids who have worked at Action Sports and gone on to successful careers. Among them are Amanda Wolff and Oscar Baltazar, both now working at CB Richard Ellis, Scott Reynolds at RE/MAX, Melissa Reynolds now at First American Title, Jen Stanhope owns her own painting business, Jordan Lewis works at an investment firm, Lynn Tran is working in inside sales at Roxy, David Wiens is working at an engineering firm and Chad Carpenter at Bright House. This is an abbreviated list and just a few of the kids who have gone on to successful careers after starting at Action Sports.

* ... HOUCHIN-GIUMARRA: And speaking of the Houchins, I learned the other day that Morgan Houchin and Jillian Giumarra have become engaged. The Houchins and Giumarras are two of the more prominent names in our local farming and agriculture industry, but this union brings an added twist. Morgan's older brother, Clayton, is married to Jillian's sister, Juliana. Clayton and Juliana have twins and chose their siblings to be the god parents. Apparently sparks flew between Morgan and Jillian at St. Francis Church and the rest is history, as they say. Now that's keeping it all in the family. Morgan graduated from Colgate University and Jillian from the University of Arizona. Clayton is a graduate of Colby College (and later USC graduate school) and Juliana from the University of Arizona. Both Houchin boys left Bakersfield to work but returned to their roots. Clayton is sales manager for the family's Buttonwillow Warehouse Co. and Morgan is a director of agriculture real estate development and sales for AgTech Financial. Morgan's parents are Donald and Patti Houchin of Bakersfield.

* ... ANIMAL CRUELTY: Sometimes you read a story and it just breaks your heart, and you wonder what drives people to such cruelty. That's how I felt when reading The Californian story about the man arrested on suspicion of animal cruelty related to a hog-tied pitbull found near Adobe and Sandrini roads. The picture of the dog was just heart breaking. Arrested was 52-year-old James Worley. How does one explain this? The dog was taken to a  rescue center. 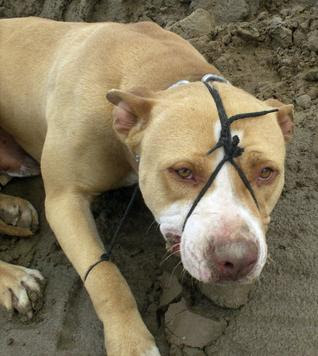 * ... ART SHERWYN: If you have Thursday evening open, consider heading down to Metro Galleries on 19th Street for "An evening with Art Sherwyn." Sherwyn is the local artist, high school art teacher and former tennis coach who has an engaging personality and the ability to hold an audience. He'll be talking about the process and his perspectives on the creative process. Some of his varied works will be on display. The cost is $30 a person. It runs from 6:30 p.m. to 8:30 p.m.

* ... BAKERSFIELDISM: You know you're from Bakersfield when "you know the order of the set up at Woolgrower's."
Posted by Richard Beene at 8:22 AM

the pit bull is still at the shelter...not at a rescue center..