* ... PARK SHOOTING: There appears to be some positive developments regarding the safety of our downtown parks following the shooting death of a 30-year-old man at Jastro Park last weekend. Sue Benham, the city councilwoman whose Ward 2 includes Jastro and some other parks, told me she is looking for both short and long-term solutions. For the immediate term, which includes the long Labor Day weekend, Benham said Police Chief Greg Williamson has promised stepped up patrols at Jastro, Beale, Yokuts and Beach parks. From Friday through Monday there will be four officers assigned to the parks, two in patrol cars and two on bicycles. The two on bicycles will patrol Jastro and the Westchester area exclusively. For the longer term, Benham said she is looking at things like limiting the hours at parks in residential areas (Jastro is an example as opposed to Beach or Yokuts park) and possibly restricting the hours when alcohol permits will be issued. All this comes as residents of the and downtown area have become alarmed over not only a rash of burglaries in their neighborhoods, but now the shooting.
* ... FIRST FRIDAY: We've got another First Friday celebration this week and this is one you don't want to miss. A terrific art show will open this Friday at Metro Galleries on 19th Street, where proprietor Don Martin will be hosting "Latination." This is the second year of this show and it features a variety of stunning work by local artists, all with a Latino theme. Artists from throughout California were asked to submit their interpretation of what the Latin life experience meant to them. The opening runs from 5 p.m. to 9 p.m. Friday. Of course, Metro Galleries is just one of the many downtown businesses and art shops that will be open this Friday, and don't forget to head over to Uricchio's Trattoria (love the fried calamari there) or your favorite downtown eatery for an al fresco dinner. These First Fridays are chances to enjoy the waning days of summer and celebrate some of the great things about our community. 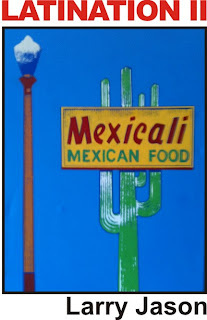 * ... ADVANCE MUFFLER: Earlier this week reader Patti Bailey wrote to extol the virtues of a local automotive repair shop at 22nd and M streets downtown. The correct name of the shop is Advance Muffler and Automotive owned by Greg Pierucci. Apparently there is a similarly named shop elsewhere in town but it is Advance Muffler that won the praise from Ms. Bailey.

* ...  100 YEARS: Hats off to New City Cleaners, the locally owned company that is celebrating 100 years in business this year. Company president Jarrell L. Epp told me a November celebration is being planned for the anniversary. "Many wedding gowns have been cleaned and preserved over the years at New City along with other specialty articles such as formals, designer garments, family table linens and table cloths and draperies."

* ... SOME GOOD NEWS: Not everyone who visits our local parks leaves them trashed with garbage. Reader Peter Wollesen said he attended the water balloon fight at Yokut's Park to raise money for the Bakersfield High School Band. "While I was there I imaged the depth of trash that would be left behind. However, when I rode my bike past Yokut's on Sunday less than 24 hours later, I was pleasantly surprised to see the park was spotless! Kudos to these students for doing such a great job!"


* ... LA CRESTA BAKERY: Reader Pamela Mahan took note of the mention of the old Plahn's Bakery the other day.  She asks if anyone remembers the "La Cresta Bake Shop on Alta Vista Drive?  It was owned by my parents, J.D. and Betty Starr.  They had a thriving business for many years when the city came in and decided to reconstruct the road. They took out the road and the sidewalks. The construction was supposed to take weeks and ended up taking months. So, customers had to park two blocks away and hike on plywood to get to the bakery. At the same time, Smith's opened an outlet at Green Frog Market a few blocks down the road, so my parents' business went kaput!  An interesting note, my dad ended up as manager of Smith's bake shop on Union Ave until his death in 1981."


* ... HERB KINGS: And one more remembrance, from Dan Imes: "When I was little, my mom and step-dad, Dr. Harry Tyerman (‘doc’ for those who remember him) use to take me to Herb Kings Steakhouse for dinner where a little cup of rainbow sherbet was always served with the steaks.  Back then Herb King’s was on the corner of 18 and Q St. where the downtown Mexicali now sits."

* ... OVERHEARD: As a young woman tries to get the attention of an employee at a local sports store, the employee jabbers on endlessly with a co-worker about her recent evening doing "shooters" at a local bar.

* ... BAKERSFIELDISM: From reader Gill Pederson: "You know you're a Bakersfield old timer if you remember the band Firehouse 5 Plus 2 playing at the old clock tower at 17th Street and Chester around 1949 or 1950."

Posted by Richard Beene at 3:55 PM

@ Peter Wollesen, You actually thought The Drillers would leave a mess? Shame on you!!!! Never doubt THE DRILLERS!

Is the shooting a big deal because shootings and stabbings in Bakersfield parks are rare? Or is it because it happened in a "nice" area? There was a helicopter hovering overhead at night...Police sirens broke the nighttime silence...There were sounds of gun fire and someone was shot. Welcome to what many of the rest of us live with on a regular basis. Fortunately for people in your neighborhood, they have a City Council member and the president of the newspaper living close by. However, the rest of us do not. I hope you can provide equal prominence in your blog (which will then be printed in the newspaper) to the (unfortunately) next capital offense in a park or public area, then ask the respective City Council member or Kern County Supervisor about his or her plan to address it.

I hope your post doesn't assume you don't have access to a phone or the ability to call your respective councilmember or supervisor, or believe that as a voter and taxpayer you have no influence. Do you really expect me to handle every incident in which the law is broken, or are you just venting behind the convenient veil of anonymity?

Richard - Please know that your blogs serve a real purpose in the community. Keep them coming...

Why thank you David. Much appreciated...

I believe what the earlier anonymous commenter meant was that the newspaper should judge every crime by its newsworthyness, and the fact that you happen to be nearby is not a factor in that.

Be as harsh as you like, Anon. A newspaper is a collection of many things and it is forever changing and evolving. News, puzzles, advertisements, obits, comics, analysis, opinions, user contributed content, coupons, lists and pictures. My blog is pretty self explanatory, but it's not for you to dictate its content, where or how it appears or its "newsworthiness" (note spelling). If you don't care for it, simply don't read it. Simple as that.

Richard:
I am certainly not a reporter or an expert (just a lowly teacher) but I really enjoy your blog. My family knows many of the people you write about and it's nice seeing familiar names in the paper. Plus my mom is a huge fan of yours (she submitted an old timer Bakersfield memory but you haven't used it) and she doesn't miss a single column. Keep up the good work!

Not reading it doesn't solve the problem. The Bakersfield Californian is essentially a monopoly, in that there is no substitute for understanding local affairs. I don't read Herb Benham, and I'd rather you replace him with a real reporter. But Herb is probably just worth one reporter. You're the CEO. You could hire 20 reporters if you got rid of you and let someone like Herb write your column.

The Californian is a community paper. It should be responsible to the community. It should maximize coverage. Having a columnist paid like a CEO just makes me wonder how much more I could have in my paper.

p.s. you used the wrong "your" just the other day, so you might want to dismount from your high spelling horse for a little while.

Anon: I suspect it's just a matter of time before we do move to prohibit anonymous posts. Certainly not all are guilty, but many do use it as an excuse to say things they wouldn't otherwise state in public ...

I find it more than a bit curious that everybody thinks they're so smart they can run any business more than the next guy. It's easy to throw flames when you are not responsible for the bottom line. I don't like a lot of things about the paper (I read the Los Angeles Times for serious news) but think I understand what you guys are trying to do. It's not perfct, but what is? I'm going to give you guys a pass for at least hanging in there and trying.